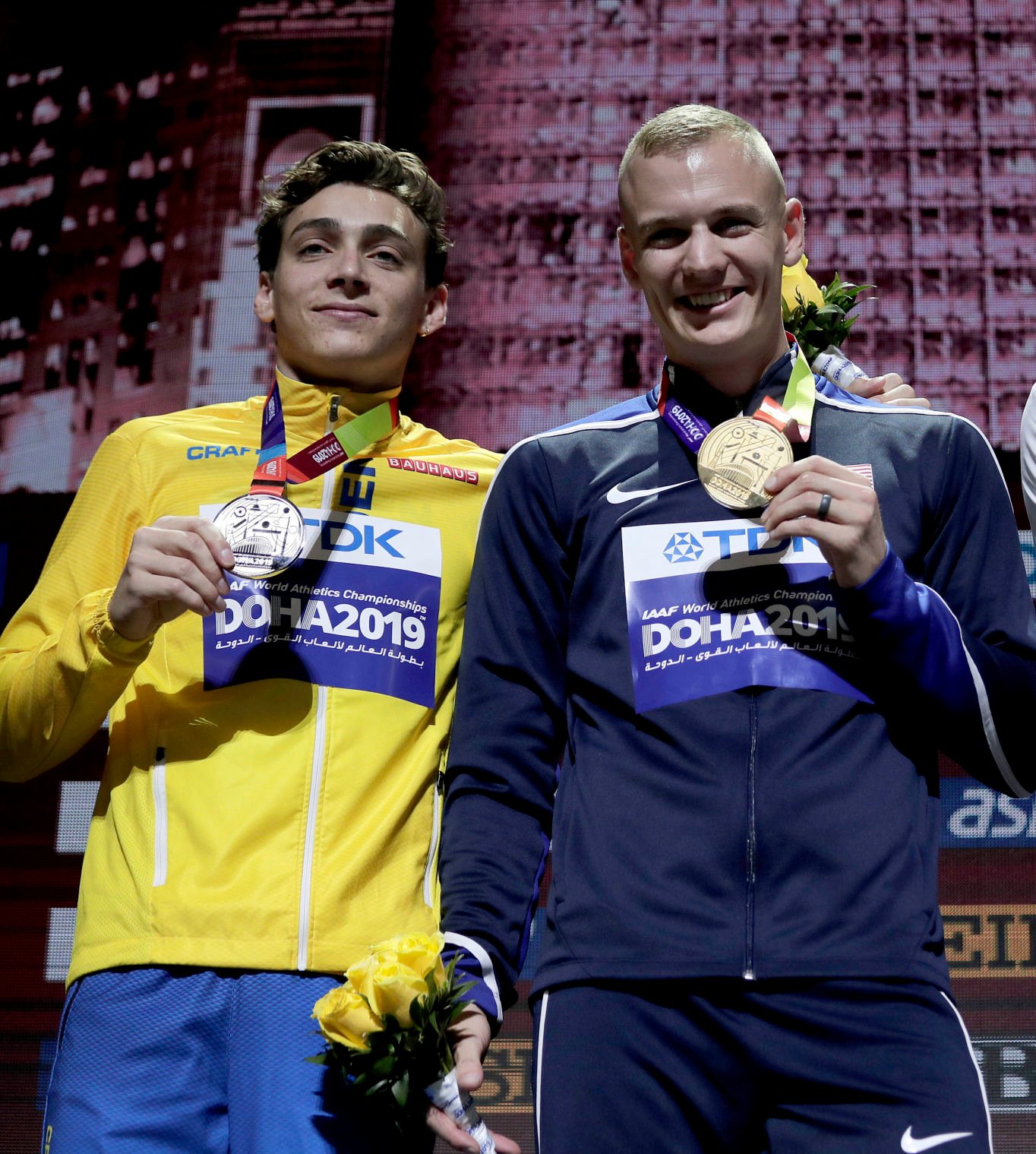 Mondo Duplantis, left, and Sam Kendricks are the world’s top-ranked pole vaulters. Duplantis competed for LSU, while Kendricks stayed in Oxford to soar for Ole Miss. 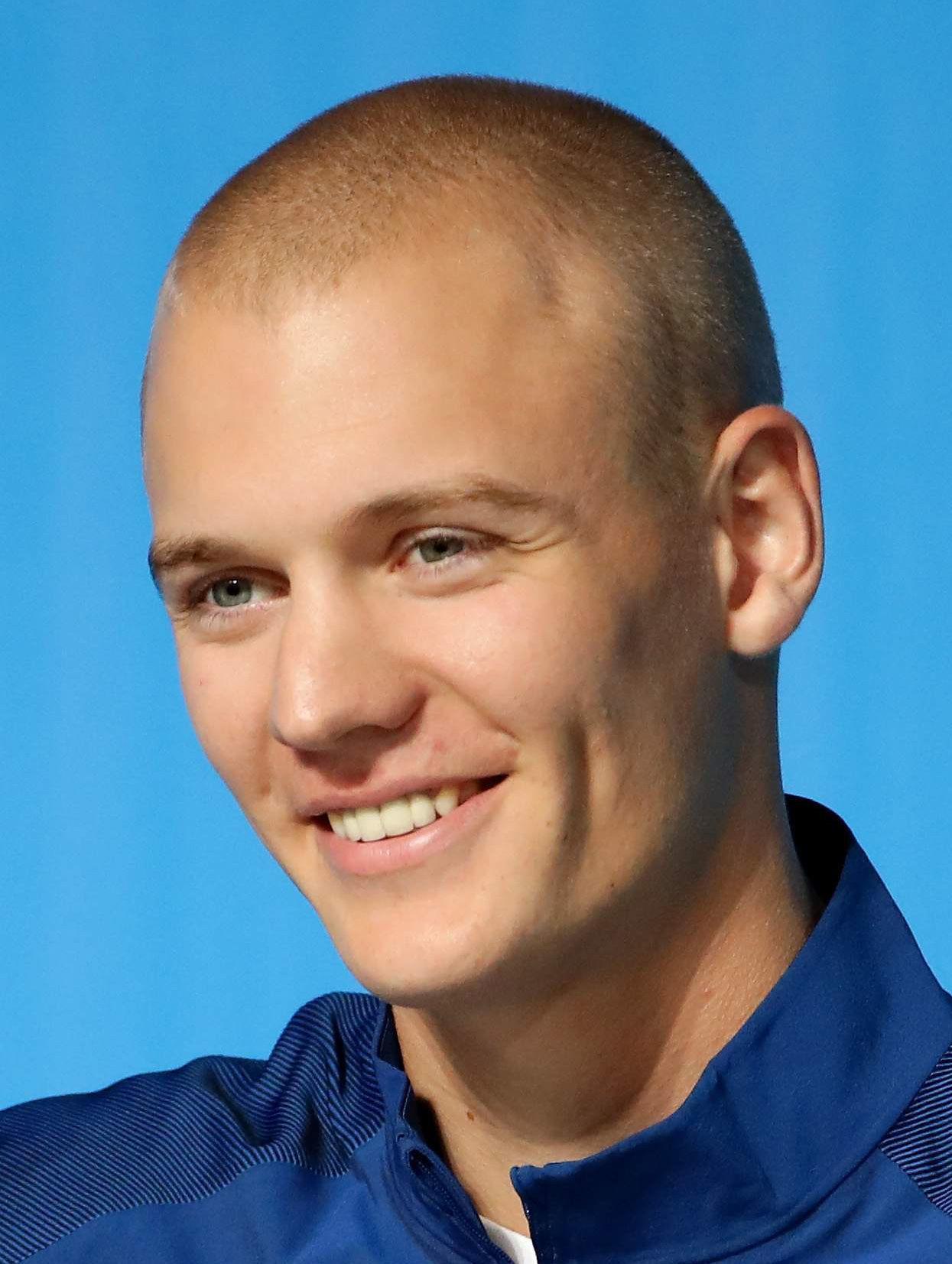 OXFORD • Sam Kendricks can walk on the square or get a cup of coffee in his hometown and not cause a ruckus. He likes it that way.

Kendricks, though, helped bring some attention to his favorite sport – and his profession – when he was part of a unique pole vault experience on Sunday morning.

Three of the world’s top-ten ranked vaulters came together for a virtual exhibition without ever leaving their homes.

For Kendricks that meant competing in Oxford. Likewise, Mondo Duplantis, a Swedish national and former LSU star based in Lafayette, Louisiana, and Renaud Lavillenie, the captain of France’s Olympic pole vault team, did not have to travel.

Duplantis, the current world record holder, Lavillenie and Kendricks all have regulation facilities at their homes.

Lavillenie, the 2012 Olympic champion, suggested the event which was produced by World Athletics and streamed live on its various social media channels.

All three agreed upon a unique format in which the goal was to record the most successful jumps at 4.9 meters (16 feet) within a 30-minute window.

“It’s a bar that’s respectable, but if you can do it a bunch it’s a large challenge,” Kendricks said.

Duplantis and Lavillenie each cleared the bar 36 times, ahead of Kendricks’ 23.

In the most recent world pole vault rankings Duplantis is No. 1, Kendricks No. 2 and Lavillenie No. 4.

The trio almost certainly would have competed against one another this summer in the Tokyo Olympics though the U.S. Olympic pole vault trials – like the rest of the sports world – were wiped out by the COVID-19 shutdown.

“It’s never guaranteed because of how we have to do it in America because of so many great athletes. I was confident in my ability to make the squad, and the Olympic trials would have been next month in June,” Kendricks said.

Kendricks won the bronze medal to Lavillenie’s silver in Rio de Janeiro in 2016.

Kendricks won golds at the world championships in 2017 and 2019. Weeks before competing in Qatar in 2019 he set the American record with a jump of 6.06 meters.

The Tokyo Olympics were among the holdouts before finally on March 24 announcing a decision to reschedule for 2021.

“Personally, postponing the Olympics for a year gives me a little bit of time to breathe, but at what cost? I really hate the cost that we’ve gone through in America,” Kendricks said.

He’s eager to continue his work toward the Games in 2021 and, he hopes, his first Olympic gold medal.

“An Olympics gold medal for me would almost seize the triple crown. I’ve won world championships, I’ve won many Grand Prixs, and I’ve won many meets besides, but the Olympics is something that you own forever.”

All of Kendricks’ accomplishments have come while he continues to train in Oxford with his father, Scott Kendricks, as his personal coach.

“I’m no huge celebrity in my town, and that’s what you need. If I came to Oxford and anybody saw me as anything but coach Kendricks’ son or Sam Kendricks it wouldn’t feel like my home,” he said. “I’m nothing more than Sam Kendricks around here, and that’s a good thing.”