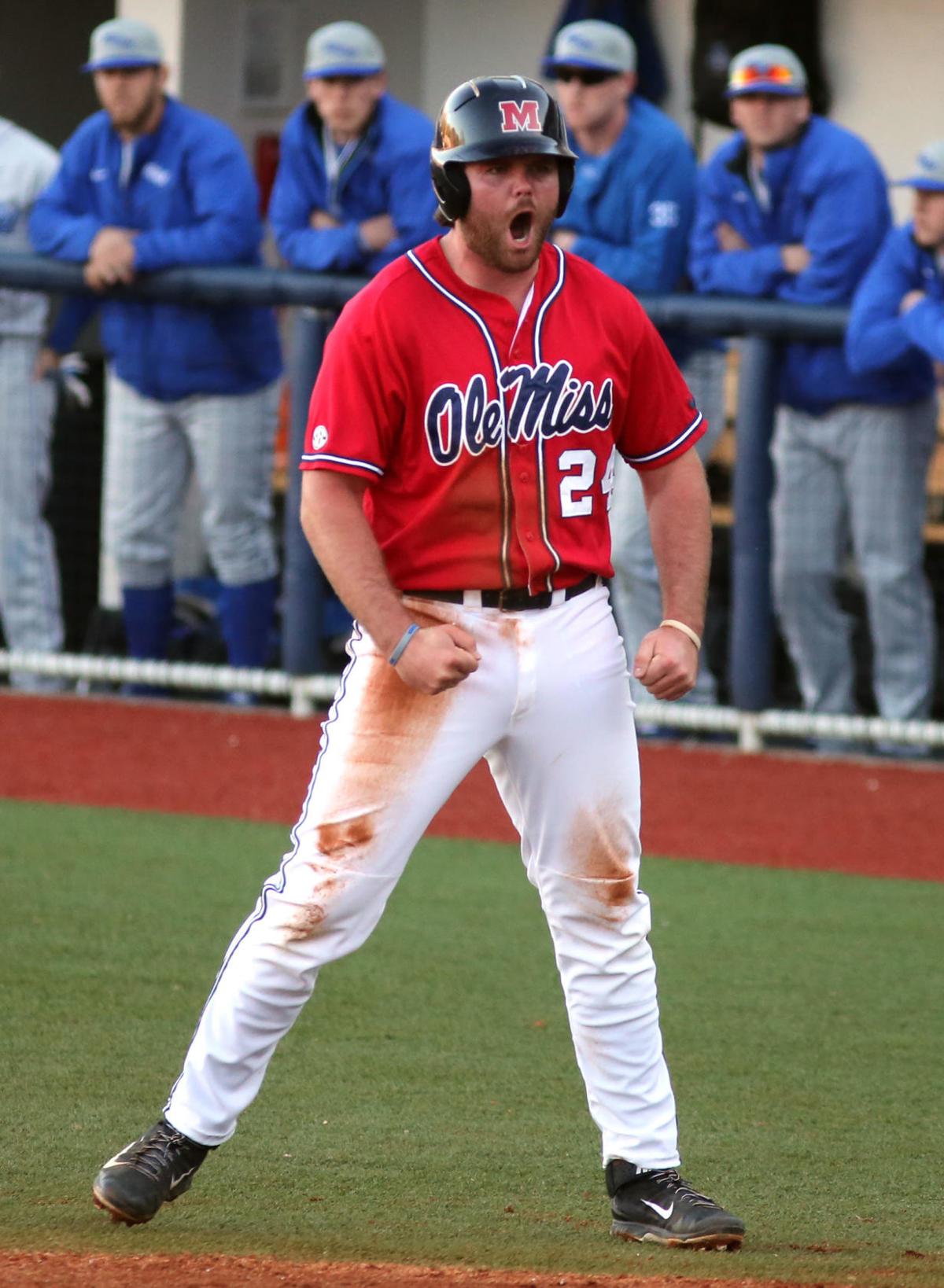 Sikes Orvis reacts to a basehit in a non-conference game in 2014. 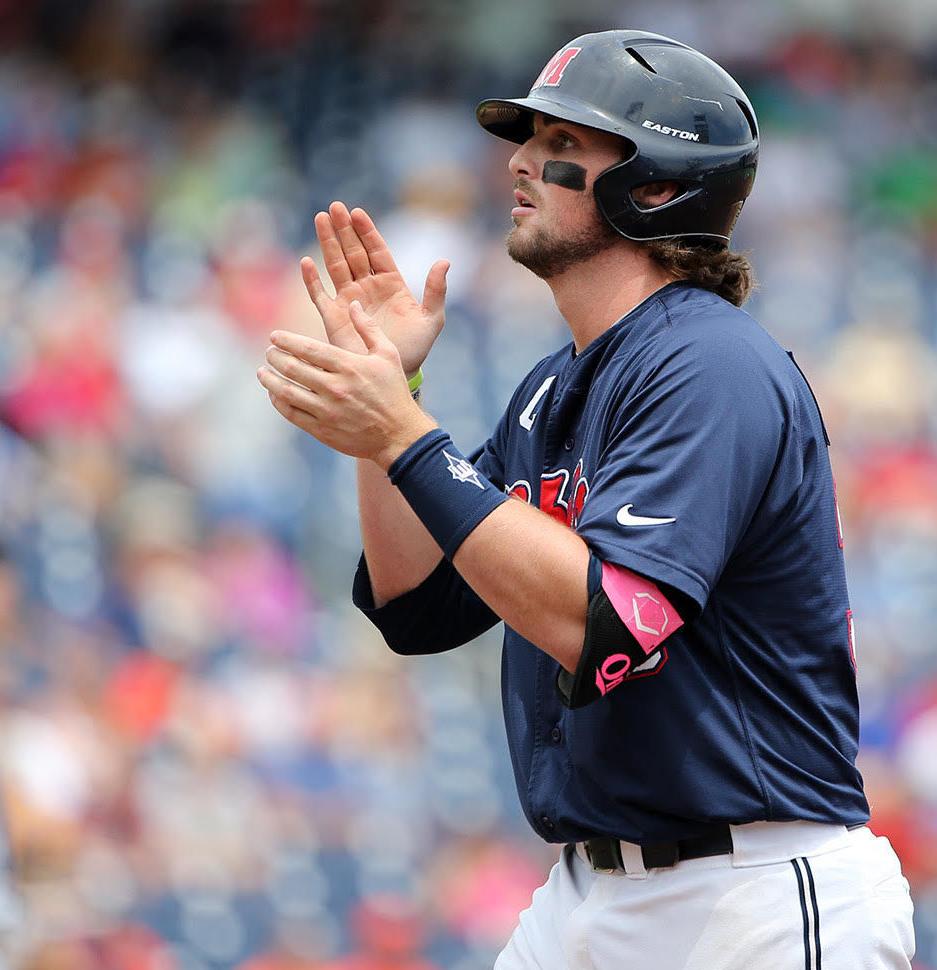 Will Allen reacts to a base hit in a CWS game in 2014. He thinks the 2020 Ole Miss team would choose to come back next season.

OXFORD • As major sporting events and leagues shut down one after another in mid-March, the NCAA acted quickly.

The governing body for college athletics announced it would add a year of eligibility for spring sports players whose seasons had abruptly ended, most of them half complete.

While Ole Miss fans felt robbed of a season with great potential, the talk of a do-over with most of the same talented cast began to bubble.

Picked near the bottom of the SEC West in the coaches’ preseason poll, the Rebels had won 16 of their first 17 games and had climbed to No. 8 in the D1Baseball.com Top 25.

An extra year of eligibility could be more easily embraced in other NCAA sports, but baseball’s rigid 11.7 scholarship limit creates different dynamics. So does it’s 35-man roster limit.

“Unless you’re a baseball coach or work closely with them, you have no idea the intricacies that have to take place to get down to that 27 men on aid, 11.7 and the 35 men on a roster,” Craig Keilitz, the executive director of The American Baseball Coaches Association told D1Baseball.com in early April.

Another result of COVID-19 will be a five-round Major League Baseball draft which is expected to take away top talent – like Ole Miss infielders Anthony Servideo and Tyler Keenan – but will leave many other very talented players able to return to college teams.

Two players off the Rebels’ 2014 College World Series team consider the different factors and are split on how Ole Miss players might respond.

“Depending on where you were and how you were playing that season and everything, that group of guys was hottest team in the country,” former catcher Will Allen said. “The amount of fun they were having, and Oxford itself is such a huge recruiting tool ... I would lean toward everyone would come back and get on that ride again and just see what they can do.”

But fun has a pricetag.

Most college baseball players have to pay for most of their education.

Circumstances are different for each one, and some may be able to cobble together other scholarships or grants, but the fact remains that for many the baseball scholarship pays less than 50 percent.

“Little things like guys are having to take out another year of loans, things that people weren’t planning for all of a sudden become real-life factors,” former first baseman Sikes Orvis said.

Servideo and Keenan are expected to be drafted within the five available rounds, but Ole Miss has a number of other juniors like Tim Elko, Hayden Leatherwood, Cael Baker, Ben Van Cleve and others who could have been drafted high enough to make leaving a real option.

There could be a numbers crunch on the front end of the roster, too, as incoming freshmen potentially arrive to see faces they thought would have moved on.

Ultimately current players need to consider all available information and do what’s best for them.

“Every guy’s going to have to make that decision for himself,” Orvis said. “The worst case scenario is you’re back in Oxford at the best school in the country with the best fans in the country, and you go play another season.”