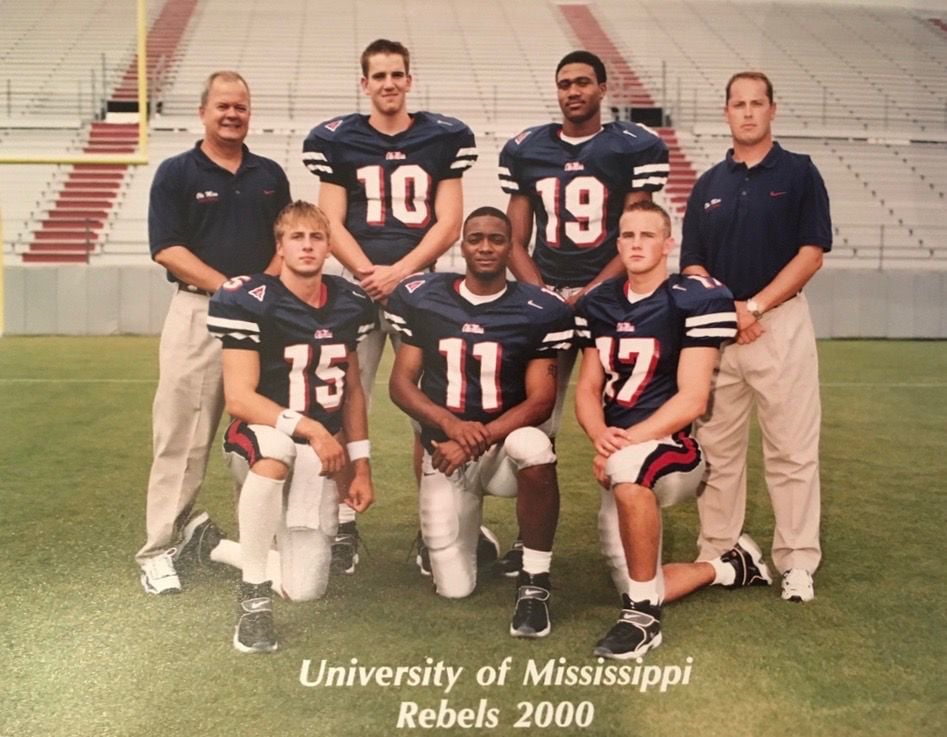 OXFORD • Once a walk-on, David Morris is now helping high school quarterbacks earn football scholarships in more ways than one.

The most important way is described by one satisfied customer as Morris’ teaching of “high-end and highly technical” fundamentals and concepts.

Mostly through word-of-mouth endorsements – like the one from Hayes Dent, father of current Ole Miss quarterback Kinkead Dent – Morris has become a sort of quarterback whisperer building from the ground level a thriving business called “QB Country” with 11 locations in nine states.

The home office, where Morris works, is in his native Mobile.

In addition to teaching Morris and his staff also promote their clients by helping organize their game video and in conversations with college coaches.

While high school players make up the bulk of the client list Morris has also worked with current college and pro quarterbacks including his former Ole Miss roommate, Eli Manning, recently retired.

Another client is former Duke quarterback Daniel Jones, the No. 6 overall pick of the Giants in last spring’s draft.

Over the last six years eight quarterbacks who have worked with Morris have been drafted.

Morris was not on scholarship as a true freshman when he outdueled a freshman signee to become the No. 2 quarterback on the depth chart behind Romaro Miller.

“He has done a good job. He is mobile. He can throw the ball. He has a lot to learn, but he has shown improvement every day in practice,” then-Ole Miss coach Tommy Tuberville said of Morris in August of 1998.

When Miller was injured Morris was the Rebels’ starter in the Egg Bowl in the season finale.

Morris may not have realized it then, but his experiences in the quarterback room were helping to prepare him for what would become his business.

Morris’ final season at Ole Miss was 2002, but he traces QB Country’s roots to 2000 with impromptu freelance work with high school players in the Mobile area.

“When I came back on spring breaks, weekends, summers, Dads would call me,” he recalled. “When it got out, people were like, ‘Hey, he played quarterback in the SEC,’ or, ‘I’ve got a friend who wants his son to get some work.’ That’s how it all started.”

It didn’t all start immediately. Upon leaving Oxford, Morris’ first job was in real estate, not football.

“The more I got away from football the more I missed it,” he said.

Now he finds joy in the game through helping others excel.

Sometimes helping them get there requires Morris to advocate for them. Even in the social media age one of the hardest things for an aspiring college quarterback is to get recruiters to notice them, Morris said.

“I was one of those guys that got overlooked and had to earn a scholarship the hard way. Our goal is to create a support system around kids and families, to open doors and connect and to be an asset that college coaches can lean on.”

It’s quite possible that Ole Miss goes into Lane Kiffin’s first August camp – and a wide-open quarterback competition – without the benefit of spring practice.

Morris will have some impact on that competition having worked with returning starter John Rhys Plumlee as well as Dent.

Hayes Dent has seen Morris’ work make an impact with his son Kinkead.

“He can’t make you a good quarterback, but he can make you behave like one,” Hayes Dent said. “If you’re a good student and understand concepts you can have different footwork, a different delivery for your passing game. It’s amazing to watch.”