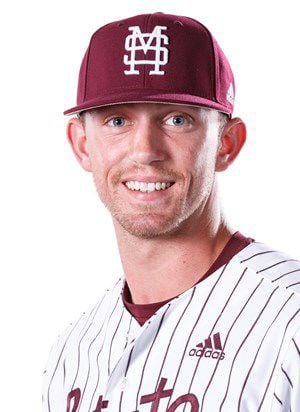 Second baseman Justin Foscue was taken 14th overall by the Texas Rangers, while shortstop Jordan Westburg was drafted 30th by the Baltimore Orioles.

The Bulldogs also saw their highest-rated signee get drafted. Austin Hendrick, ranked the No. 1 high school prospect in the country by Athlon, went 12th overall to the Cincinnati Reds.

The draft concluded on Thursday with four additional rounds.

Foscue becomes the 16th first-round draft pick in program history. Westburg was the first pick of the Competitive Balance Round A.

A junior from Hunstville, Alabama, Foscue played in 141 games during his three-year caree. He is MSU’s highest draft pick since Hunter Renfroe was picked 13th in 2013.

“In just the last year, I know Texas has built an impressive stadium that’s going to attract a lot of people,” Foscue said in an interview after he was selected. “I’ve heard they’ve invested in a lot of technology to help player development, so that’s one thing that stands out to me. I feel like with my game, I can always improve on something. …”

“I’ve heard a lot of great things and I’m excited to get to work.”

He finished his career with a .948 fielding percentage at second base. He committed 19 errors in 349 chances.

His biggest hit of that season came in the first game of the College World Series in Omaha, where he hit a grand slam against North Carolina. In the same game, he tied a CWS single-game record with 7 RBIs.

“I’d just like to take this time to say how excited and how pumped I am to be part of the Orioles organization,” Westburg said. “I know that I’m still just high on life right now with this opportunity and whenever baseball starts back up, I can’t wait to get going.”

He was considered the best power-hitting high school player in the draft and won the Under Armour Home Run Derby at Wrigley Field last summer.