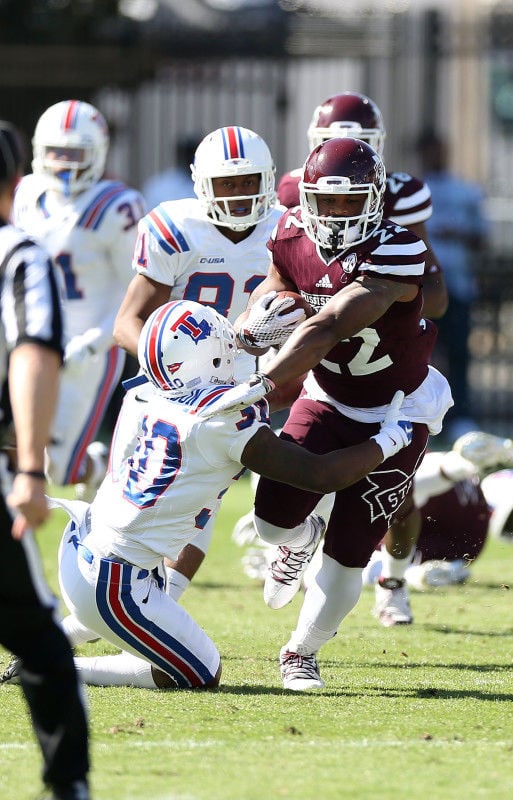 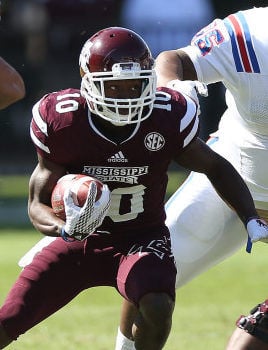 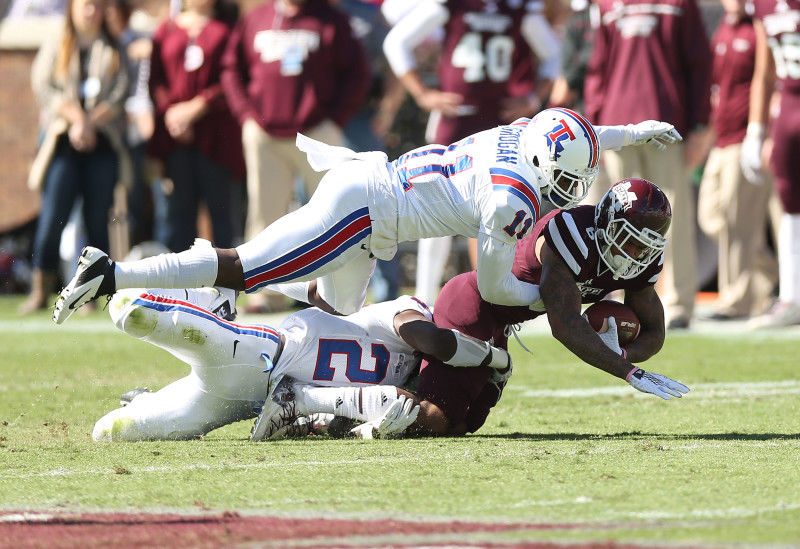 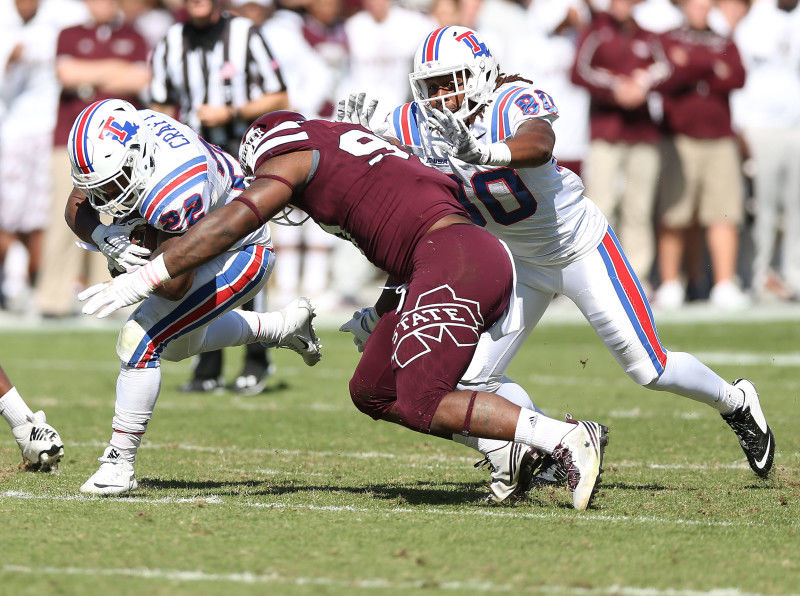 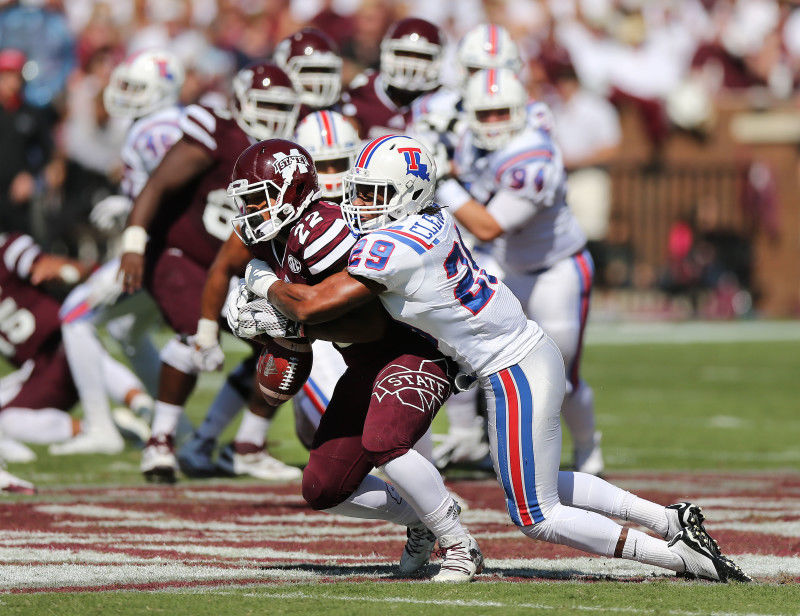 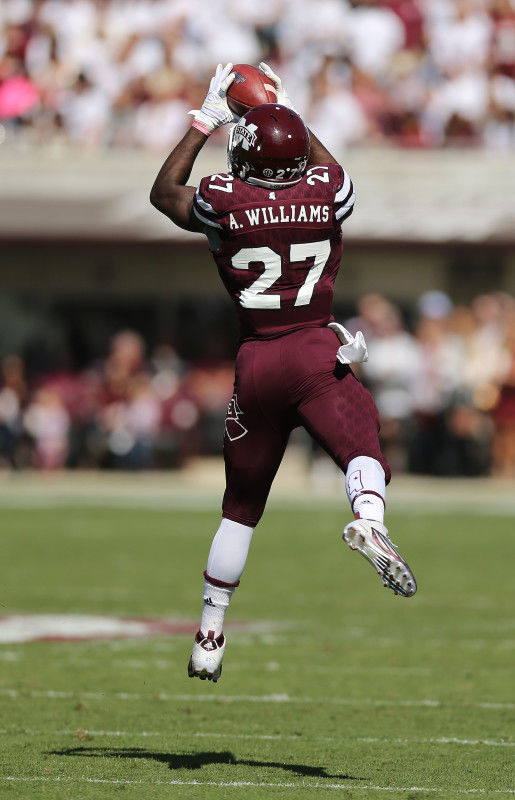 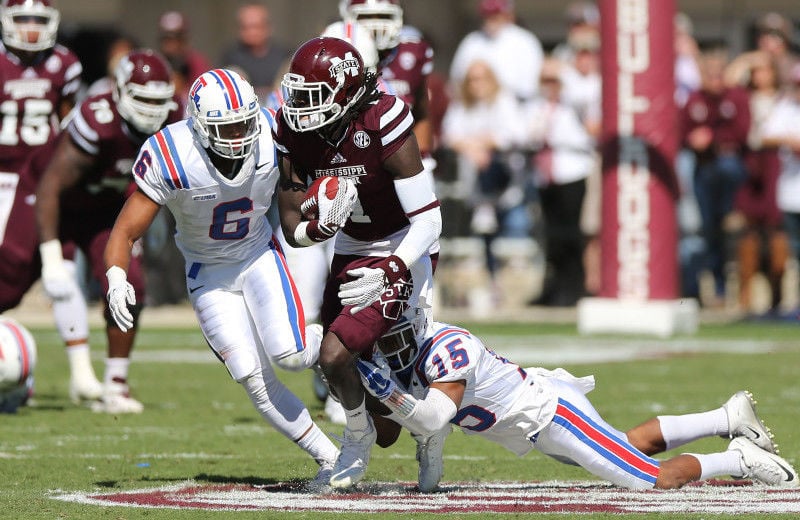 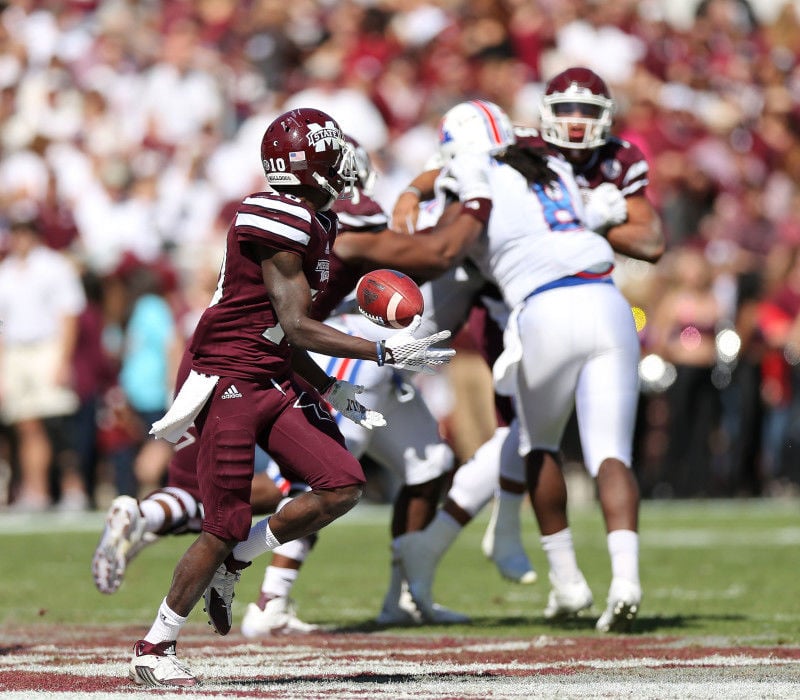 Buy at photos.djournal.com Louisiana Tech running back Jarred Craft protects the ball as he runs by a Mississippi State defender in the first quarter. 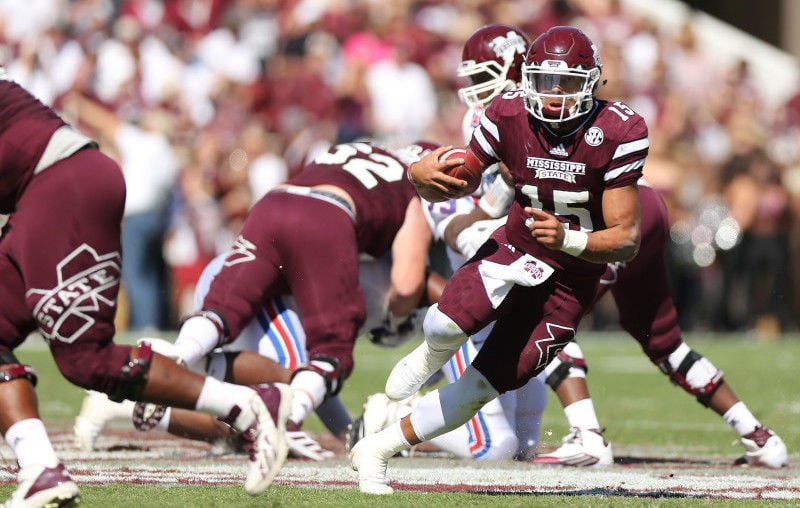 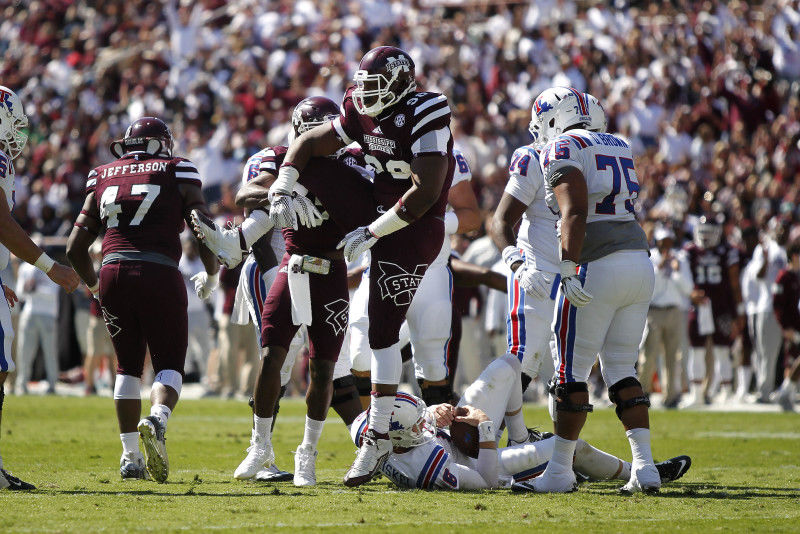 Buy at photos.djournal.com Mississippi State wide receiver Malik Dear has the ball knocked out of his hands by Luoisiana Tech defender C.J Cleveland in the second quarter. 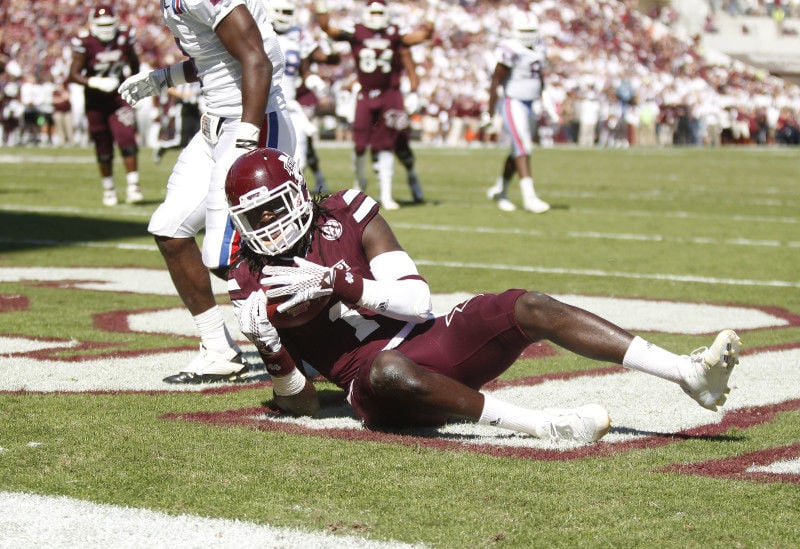 Buy at photos.djournal.com Louisiana Tech running back Jarred Craft protects the ball as he runs by a Mississippi State defender in the first quarter.

Buy at photos.djournal.com Mississippi State wide receiver Malik Dear has the ball knocked out of his hands by Luoisiana Tech defender C.J Cleveland in the second quarter.

The MSU quarterback led the offense on six straight scoring drives en route to a 45-20 win on homecoming.

“We didn’t want to let them hang around and think they had a shot against us,” Prescott said. “We had to take over immediately or the game was going to drag out. It was going to go all the way to the fourth quarter and who knows in a close game where they think they have a chance. We had to flip the momentum and get things going in our favor.”

Prescott accounted for four touchdowns on those six drives. He finished the game completing 30 of 43 passes for 347 yards, three touchdowns and no interceptions while also leading the team in rushing with 34 yards and another score on 10 attempts.

“It’s great having a guy that when you fall down 14-0 at home, it’s not a big deal,” said MSU coach Dan Mullen. “Today I think it actually made him angry. Usually he’s calm but he had a look in his eye that he wanted that ball and wanted to go make it happen on the field.”

State (5-2) finished with 440 yards on offense with De’Runnya Wilson as its leading receiver with seven catches for 85 yards and two touchdowns.

Mississippi State was finally able to answer on the final drive of the first quarter when Aeris Williams ran in from 2-yards away.

After both teams traded field goals, MSU tied the score at 17 with 2:53 left before halftime when Prescott connected with Wilson for a 5-yard touchdown.

State’s defense held Louisiana Tech to three-and-out and Donald Gray swooped in to block a punt that Brandon Bryant fell on at the 2-yard line.

“Once we made that call, I knew it was mine,” Gray said. “We worked on that all week in practice.”

Prescott punched it in on the next play to give Mississippi State a 24-17 halftime lead.

MSU was able to extend its advantage on its first drive of the second half. State marched 98 yards on 11 plays to score on a 20-yard touchdown pass from Prescott to Wilson.

Louisiana Tech countered with a field goal but Prescott and Co. went right back to work for another touchdown. This time, Prescott found Fred Brown for a 12-yard scoring strike to go up 38-20 heading into the final quarter.

Bryant closed out the scoring with a 73-yard interception return off Driskel.

“I knew I had (a touchdown) as soon as I caught it,” Bryant said. “I didn’t see anybody along the sideline and I don’t run a 4.2 (forty) for nothing.”