First-year Mississippi State softball coach Samantha Ricketts had the 25-3 Bulldogs tied for the most wins in the nation when the season ended. 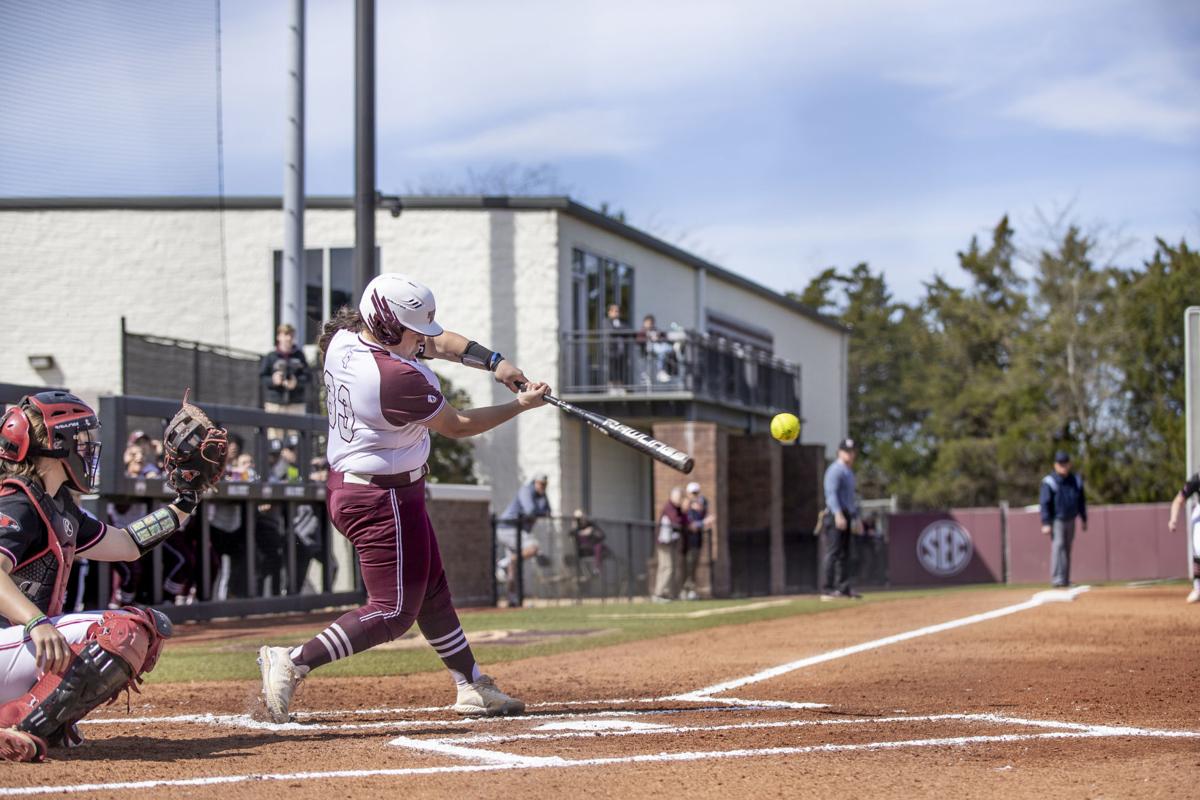 First-year Mississippi State softball coach Samantha Ricketts had the 25-3 Bulldogs tied for the most wins in the nation when the season ended.

The 25-3 Bulldogs were tied with top-ranked UCLA for the most wins in the country and were riding a 14-game winning streak heading into Southeastern Conference play when the season was abruptly canceled due to the coronavirus outbreak.

MSU finished at No. 20 in both the USA Today coaches’ and USA Softball/ESPN polls, the best finish in program history.

“It’s as balanced as we’ve been in a while,” Ricketts said. “It’s the best defense that we’ve had on the field, the best pitching staff in a long time and also the offensive power that we continued to put out there. It was just a really good balanced approach that allowed us to finish a little bit higher in the rankings and have a better record. It’s something we’ll look to improve on and continue.”

The Bulldogs set single- season school records with a .326 team batting average and a .528 slugging percentage. In the circle, State’s hurlers sported the fourth-lowest earned run average in the nation at 1.36 and limited opponents to a .158 batting average with 245 strikeouts.

Pitcher Annie Willis set a school single-game strikeout record when she punched out 19 in a no-hitter against Mississippi Valley State on March 6. Willis (0.80 ERA, 9th) and fellow junior Emily Williams (0.46, 3rd) both ranked in the top 10 nationally in ERA while Williams’ 2.3 hits per seven innings average was the fewest in the country.

“I really enjoyed what the team did all year long,” Ricketts said. “The record and the stats really show that. I think the biggest improvement was obviously our pitching staff and to be able to return all of them is a big benefit for us. Getting them another year with (pitching) coach (Josh) Johnson is going to be really huge for us.”

Mia Davidson and Fa Leilua, who hit 26 and 22 home runs respectively in 2019, each joined the 50 career homer club this spring. Leilua belted nine bombs and Davidson slugged seven when the season ended, which ranked third and sixth in the SEC.

Not only was Mississippi State on pace to reach its 15th NCAA Regional, the Bulldogs were also on the brink of potentially hosting a regional at Nusz Park for the first time ever.

That will be the goal for Ricketts and MSU in 2021 as they potentially brings back the entire roster that helped them get off to such a sizzling start this year.

“We had five seniors and pretty much all of them were returning anyway to finish their classwork and degrees so it was a pretty easy decision for them,” Ricketts said. “So far, everybody that we’ve spoken to is in and they want to come back. They’re hungry and ready to get back on the field next spring.”