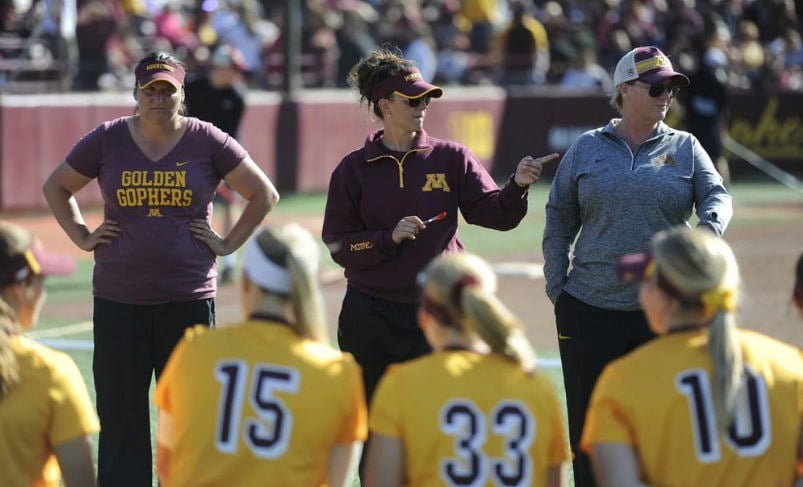 Multiple reports surfaced on Thursday night that Minnesota coach Jamie Trachsel – who led the Big 10’s Gophers to the Women’s College World Series in 2019 – will take the same position in Oxford.

An interim became necessary when the school parted ways with former coach Mike Smith who revived a long-suffering program with four NCAA Tournament trips and two super regionals in his five seasons.

Minnesota assistant coach Katie Rietkovich, who was part of Smith’s Ole Miss staff as volunteer coach for three seasons, is expected to return to Ole Miss with Trachsel.

When Smith was hired six years ago, the Rebels got a coach who had been to one NCAA regional in three seasons as head coach at McNeese State.

In Trachsel, who is 346-184-1 overall, Ole Miss has a coach who has qualified for a regional seven times in nine complete seasons at three different schools.

“Ole Miss softball is a championship program, and we were looking for a World Series-caliber coach that can lead this team to the top of the sport,” Carter said in a news release. “We found that and more in Jamie Trachsel. Highly respected, Jamie has not only won at multiple levels but has dominated conferences and taken a team to the brink of a national title.”

A standout player at Division II St. Cloud State in Minnesota, Trachsel began her career as a head coach at North Dakota State where she compiled a 221-109 record with five NCAA appearances in six seasons.

She took over at Iowa State in 2017. The Cyclones went 23-35, and Trachsel returned to Minnesota when the job became available prior to the 2018 season. Iowa State went 6-12 in Big 12 play, its fifth-place finish its best in 24 seasons.

Iowa State was 0-11 in the Big 12 when it won six of its last seven games in Trachsel’s lone season.

Minnesota was 15-9-1 when play stopped this season.

“I am grateful for this opportunity to work for a great administration and great people who believe in me to lead their softball program,” Trachsel said.