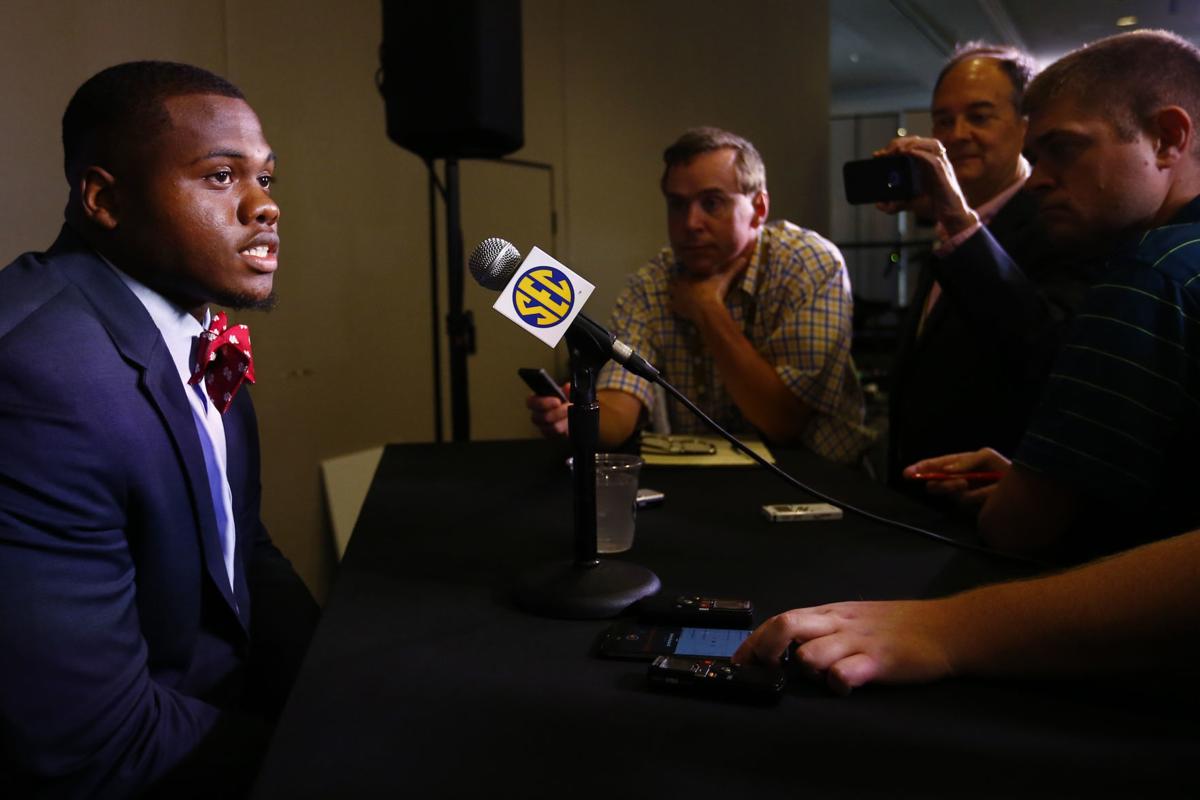 Mississippi State linebacker Erroll Thompson attracted a crowd while appearing at SEC Media Days last July. It’ll surely be a very different scene this summer due to the pandemic. 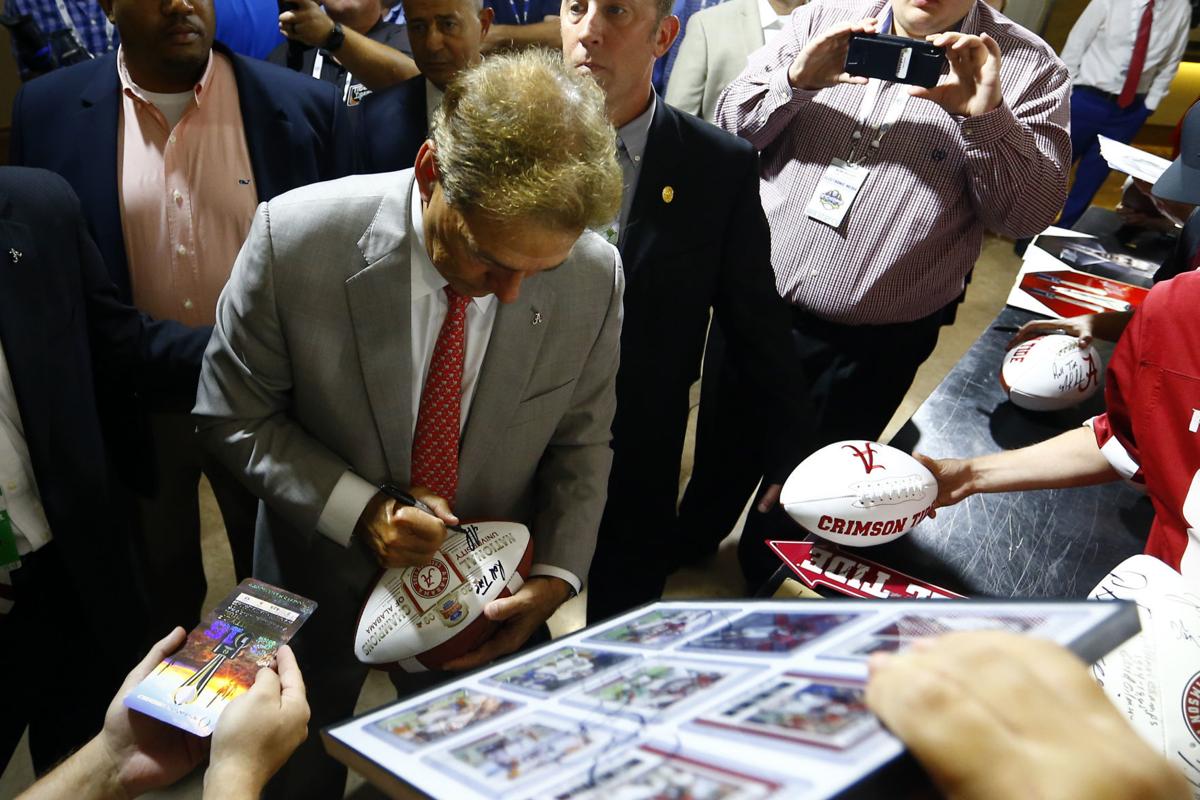 Nick Saban’s appearance at SEC Media Days always draws a crowd – especially at the traditional site in the Birmingham suburbs.

Mississippi State linebacker Erroll Thompson attracted a crowd while appearing at SEC Media Days last July. It’ll surely be a very different scene this summer due to the pandemic.

Nick Saban’s appearance at SEC Media Days always draws a crowd – especially at the traditional site in the Birmingham suburbs.

I first covered SEC Media Days in 1989. It was four years old then.

I had been in Mississippi for weeks, not years, when Meridian Star sports editor Greg McIlvain told me I would be attending the event.

I didn’t really know what it was, but I knew it was big when the boss said, “You can’t stay at the Wynfrey.”

So I booked a Days Inn and traveled each morning down US 31 to listen to guys like Pat Dye, Johnny Majors, Bill Curry, Billy Brewer and Rockey Felker talk about their high expectations for the season.

There were a lot of people around, but there was no massive throng of Alabama fans in the lobby cheering Curry and Crimson Tide players.

The event has evolved. As society and sports take baby steps to re-start from the COVID-19 shutdown, it may evolve again.

From my first visit it has grown to thousands of media credentialed each year, and when in Hoover the Alabama throng fills the lobby with fans behind the velvet rope to separate them from the escalators to the second floor ballrooms where the meetings take place.

Fans turn out for other schools, too, though with noticeably fewer numbers.

The hotel just outside Birmingham, was the scene for many years, including 2019.

SEC commissioner Greg Sankey, though, has interest in taking Media Days different places, and it’s still scheduled for a return visit to Atlanta • for the second time in three years – this summer, July 13-16.

There had been much speculation that the 2020 event would be in the Dallas area, and Sankey seemed to enjoy letting us know that was the wrong guess when he announced Atlanta last summer.

Right now, the SEC is standing fast with its plan to hold Media Days in its traditional format.

“No changes in plans at this point, but we continue to monitor developments, of course,” associate commissioner Herb Vincent told me last week.

Sometimes administrators are willing to share a little about their plans, but maybe there’s a national security angle here that I’m missing.

Developments to be monitored this point have included the entire NFL draft being conducted online.

If I had to guess, I’d say the SEC has a complete online plan just waiting to be enacted if necessary.

It would ensure safety for all but would probably be a little more formal than the draft. Think players and coaches in campus studios in khakis and team golf shirts.

Or maybe, as our boss John Pitts suggests, those coaches and players take shelter inside the SEC Network studios in Charlotte.

Questions, far fewer of them from traditional media, would be submitted online.

The NFL has announced its schedule, and there are murmurs that Major League Baseball could return July 1.

People are dipping their toes in the water.

If the SEC is able to pull off Media Days without a change, it would be a jolt of confidence for the sports world.

If it’s able to do that with no spike in case numbers in Atlanta four days later, that would bring even more confidence.