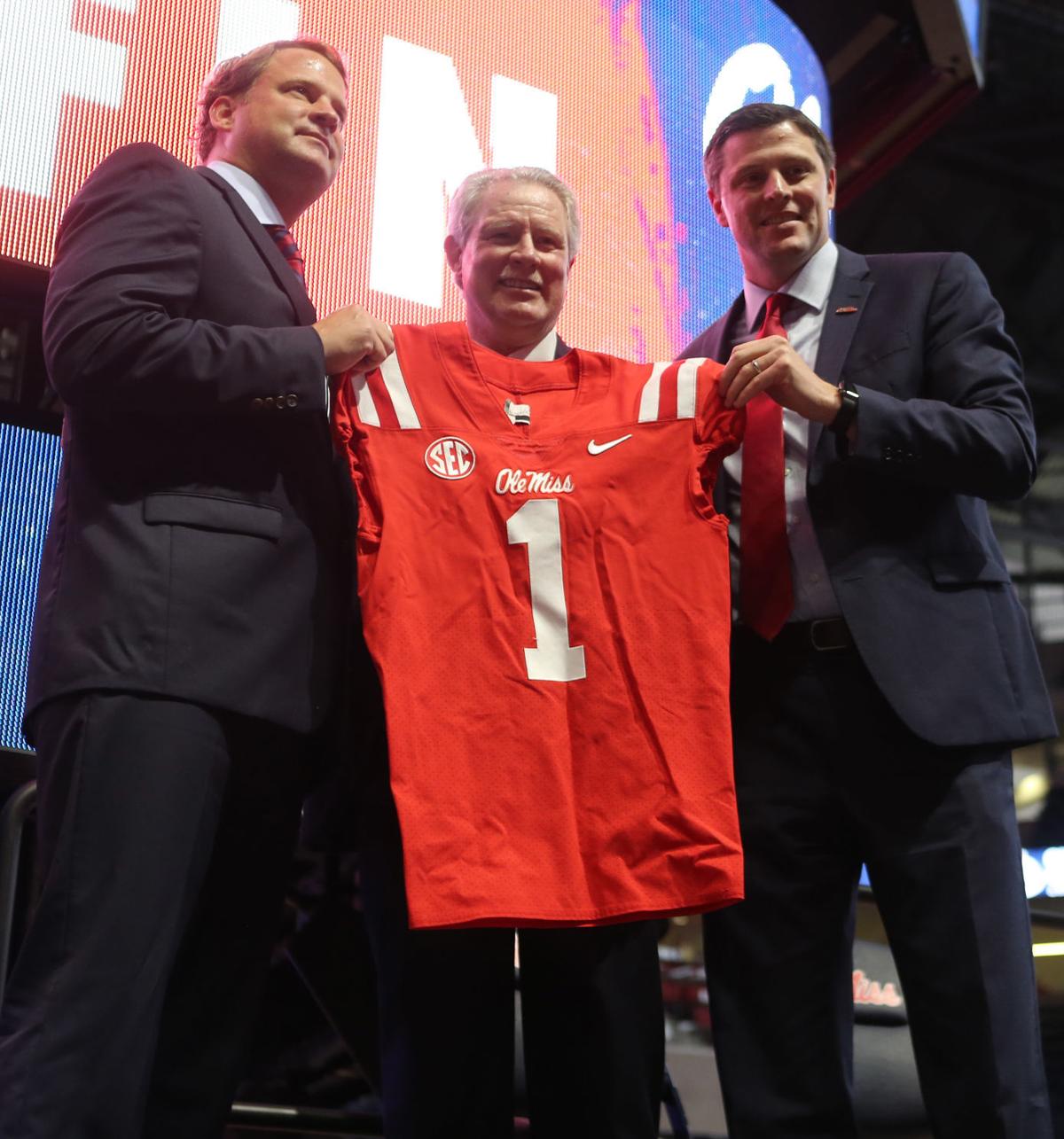 As the Lane Train chugs to Wednesday’s signing day finish line, Ole Miss coach Lane Kiffin seems to be in position to add playmakers on offense.

It’s a little odd on the surface.

Not that you don’t want to take the best available talent whenever possible. It’s that there seems to be a more pressing need on the other side of the ball.

After three years of extreme futility in working to stop the run the Rebels made noteworthy gains in a one-and-done season for defensive coordinator Mike MacIntyre.

Now Ole Miss loses three productive linemen from that defense with little experience behind them.

Kiffin stood before media on Dec. 18, the early signing day, and declared it “halftime” of the recruiting process.

He noted that he had been on the job for only 11 days and that his staff of assistants was still not complete.

He looked almost apologetic while introducing a list of three-star recruits. Better things will come after halftime, he said, once the staff was settled and there was more time for Ole Miss coaches to build some level of relationship with recruits.

Since then Kiffin has added four-star defensive end Demon Clowney, but Ole Miss does not appear to be in the hunt for either coveted George County star McKinnley Jackson or Alabama commit Jayson Jones who looks to be rethinking things.

Instead, Kiffin’s three seasons at Florida Atlantic and contacts in the Sunshine State could be paying off here at the end as he appears close to three players, two committed to Florida and one to Florida State.

Contacts aside, Kiffin looks like he’s selling his offense. Five-star running back Zachary Evans is another who is considering Ole Miss though that story is not likely to be written on Wednesday.

Marcus Henderson, a two-way lineman and four-star prospect at Memphis University School, could be the Rebels’ late-period defensive line addition.

It also wouldn’t be surprising to see Kiffin add a transfer after spring drills if there was one available who could step in and compete for playing time immediately.

For a new head coach, there’s a lot more to roster building than a transitional first signing class.

One of Kiffin’s best moves this recruiting season has been to convince Ole Miss players Grant Tisdale, Matt Corral, Miles Battle and others to remain in the program.

Georgia transfer defensive back Otis Reese – who will sit out the 2020 season – could prove to be another important piece.

Look for more moves like that in Kiffin’s restoration project.