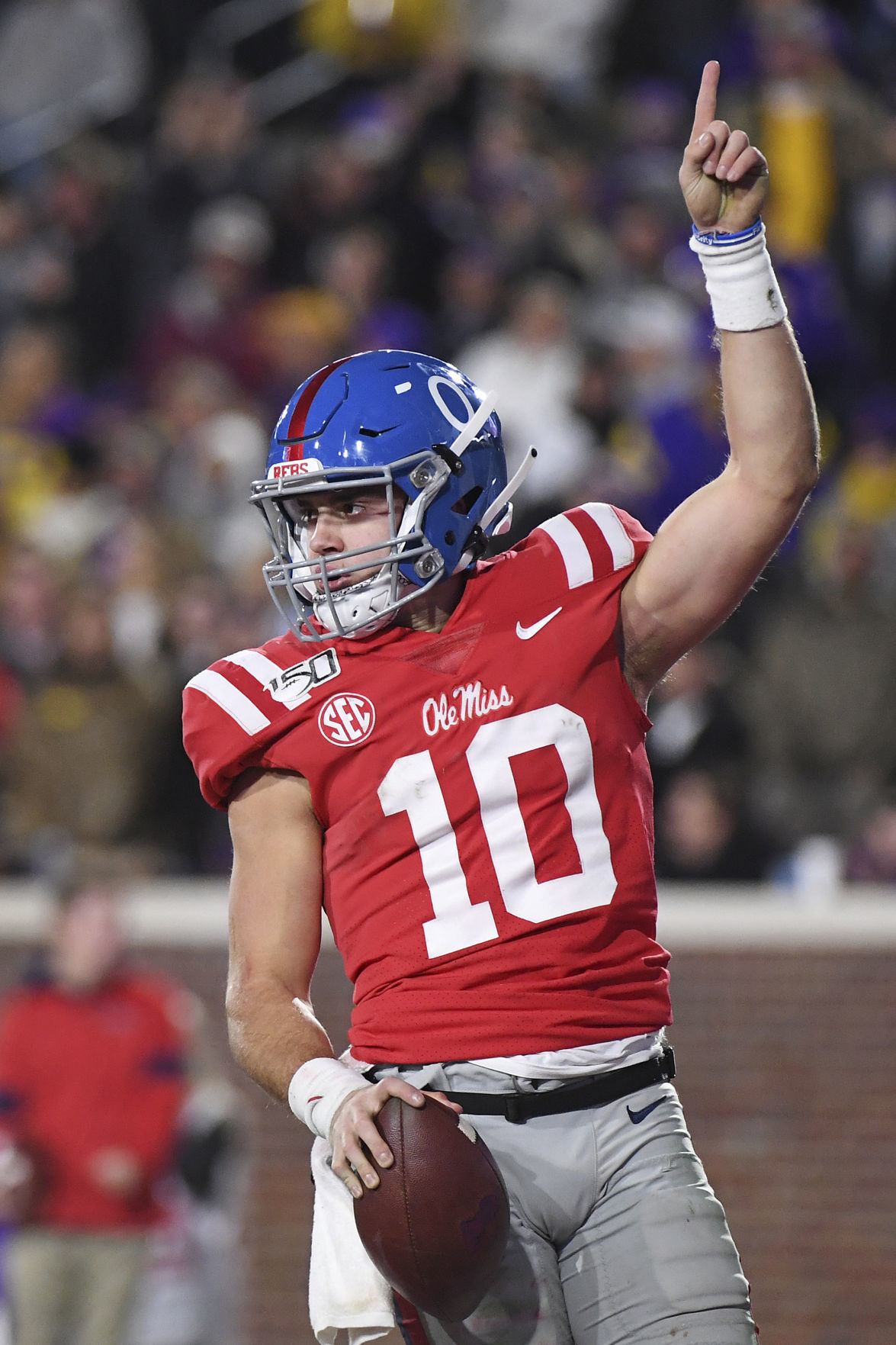 Editor’s Note: All SEC spring sports have been cancelled by the COVID-19 outbreak including the first Grove Bowl at Ole Miss for new coach Lane Kiffin. This is a fictional account of what might have been ...

John Rhys Plumlee picked up where he left off, and the Ole Miss Red defeated the Blue 44-20 on Saturday night at Vaught-Hemingway Stadium before 45,121 fans in the first Grove Bowl under new Rebels coach Lane Kiffin.

Plumlee started eight games at quarterback as a true freshman in 2019. He led the SEC in rushing at 113.7 yards a game.

With impact players divided evenly among the Grove Bowl squads, Plumlee rushed for 141 yards on 12 carries and scored on runs of 57 and 61 yards for the Red.

It took the passing game a little longer to get going, but Matt Corral, Grant Tisdale and Kinkead Dent were all efficient.

Corral and Tisdale moved the Blue on first-half drives only to stall and settle for short field goals.

Afterward Kiffin said he’s no closer to naming a starter.

“They all did some good things. We’re pleased with how they’re learning the offense. Everyone is working hard,” he said.

While most spring games are played close to the vest, Kiffin and offensive coordinator Jeff Lebby showed a bit of creativity when sophomore receiver Dannis Jackson ran 38 yards for a touchdown on a triple reverse.

Both Ealy and Conner are sophomores.

Defensively, linebacker Mohamed Sanogo and end Ryder Anderson played fast and showed nice form after recovering from major injuries. Their absences were setbacks for the Rebels’ improving defense in 2019.

Sam Williams lined up at both end and outside linebacker in multiple defensive looks from coordinators DJ Durkin and Chris Partridge.

Williams had eight tackles and got on the scoreboard with a safety when he came off the edge to drop Tisdale in the end zone in the fourth quarter.

“As a coach you’re never satisfied, but we liked what we saw out there,” Kiffin said. “Installing new schemes is always a challenge for players, but they’ve bought in. We’re making progress. We expect to continue that through the summer. We’re eager to get to camp in August.”