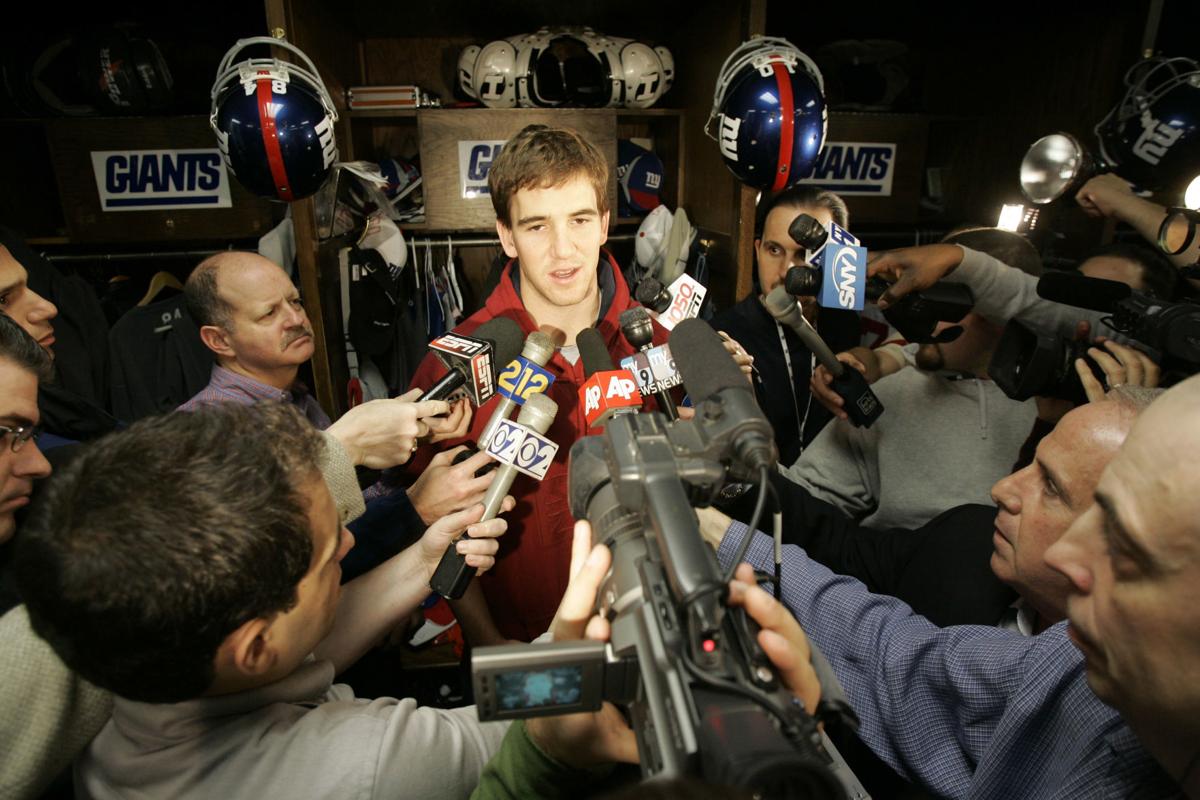 New York Giants’ quarterback Eli Manning is surrounded by reporters in the team’s locker room after a game in 2006. 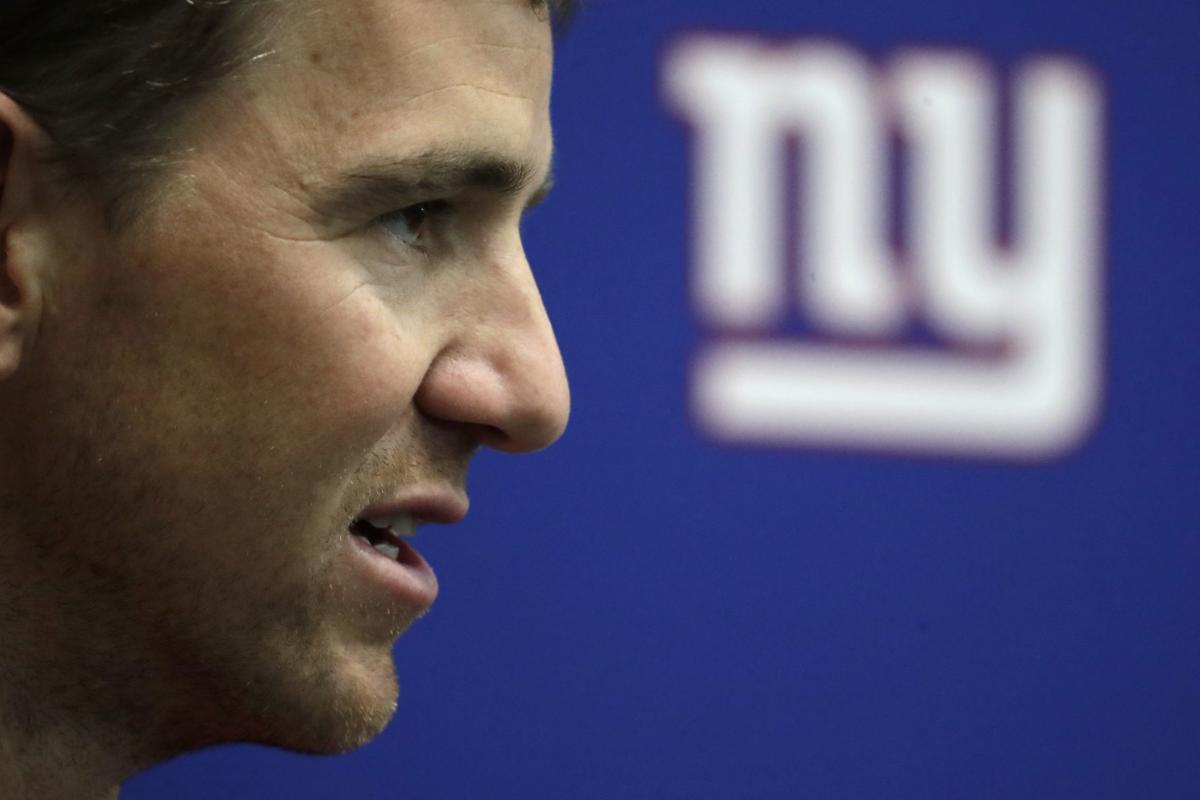 Former New York quarterback Eli Manning typically spoke to reporters on Monday only after a Giants’ loss, preferring to give the media spotlight after a victory to his teammates.

New York Giants’ quarterback Eli Manning is surrounded by reporters in the team’s locker room after a game in 2006.

Former New York quarterback Eli Manning typically spoke to reporters on Monday only after a Giants’ loss, preferring to give the media spotlight after a victory to his teammates.

NEW YORK • Eli Manning has won the Pro Football Writers of America’s Good Guy Award for his cooperation with the media.

Manning, the former Ole Miss standout who retired after the 2019 season, has been lauded for years for his dealings with local and national media. He’s the second member of the New York Giants to win the award, joining Tiki Barber (2006).

“Eli Manning exemplified professionalism with the media since his rookie season in 2004, and he did so in the league’s largest market,” said PFWA president and Newsday NFL columnist Bob Glauber, who covered Manning during his entire career. “Eli often spoke of the example set by his father, and being around Archie Manning was certainly a great way to learn about being around the media.

“Even so, playing in New York has unique pressures that Eli dealt with consistently and fairly. Media sessions at his locker would often start with as many as 50 reporters, photographers and camera operators, but he answered every last question – even when only one reporter was left. A pro’s pro.”

Manning was the Giants’ starting quarterback for nearly every game in his first 15 years in the league.

He was replaced by first-round draft pick Daniel Jones after the first two games of 2019. Jones started the next 10 games, but after an ankle injury, Manning returned as the starter for two more contests, including a home victory against Miami in Week 15 in which he threw for two touchdowns before being lifted from the game to a standing ovation.

Manning retired in January having won a pair of Super Bowls over New England, earning Super Bowl MVP trophies. He threw for over 57,000 yards and 366 touchdowns in his career.

The Good Guy Award is given to an NFL player for his qualities and professional style in helping pro football writers do their jobs. The award has been presented annually by the PFWA since 2005, with Philadelphia’s Chris Long winning the previous two years.

It’s been a good month of June for the 39-year-old Manning. Last week, Ole Miss announced that it will retire his No. 10 jersey in a ceremony this fall, while he was nominated for the New Jersey Hall of Fame earlier in the month.