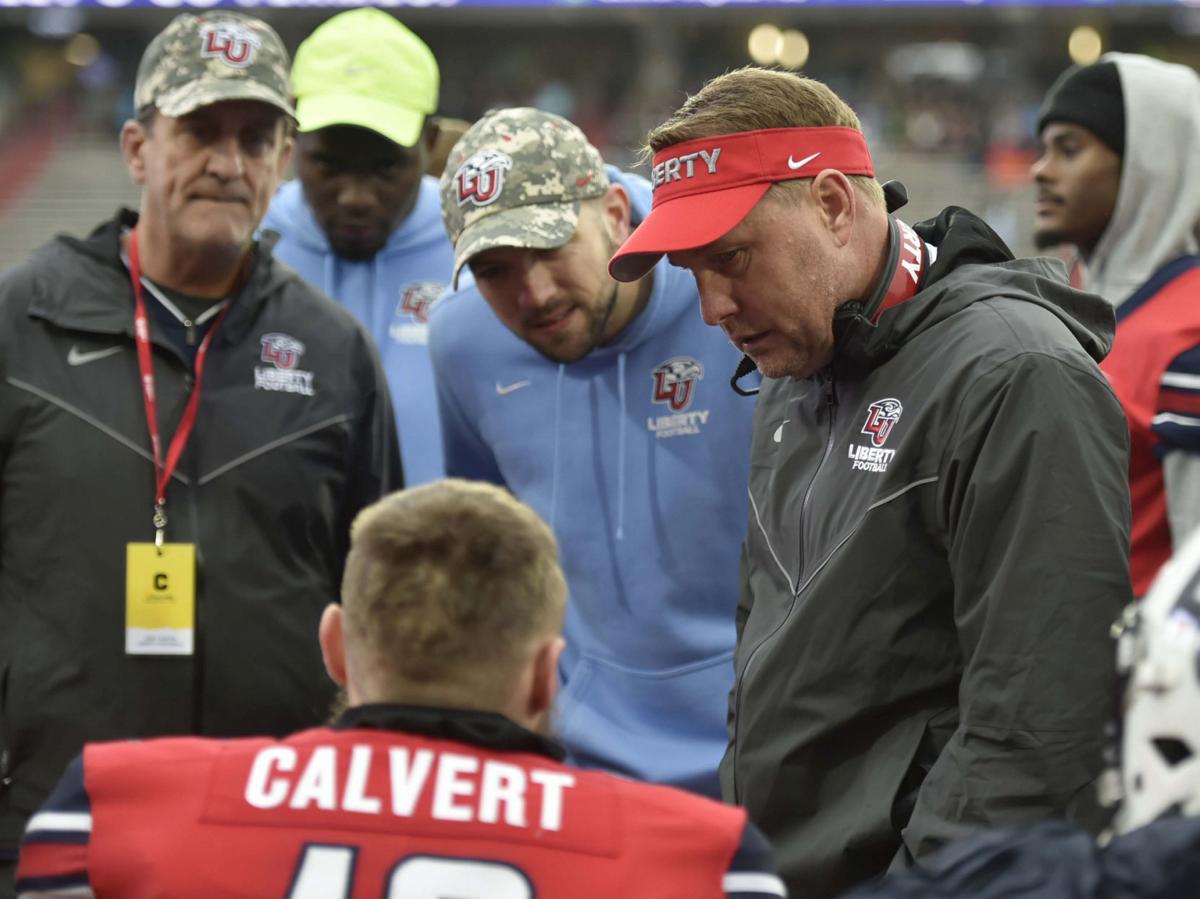 Liberty coach Hugh Freeze, right, talks to Flames quarterback Buckshot Calvert during the midst of a successful season for both. 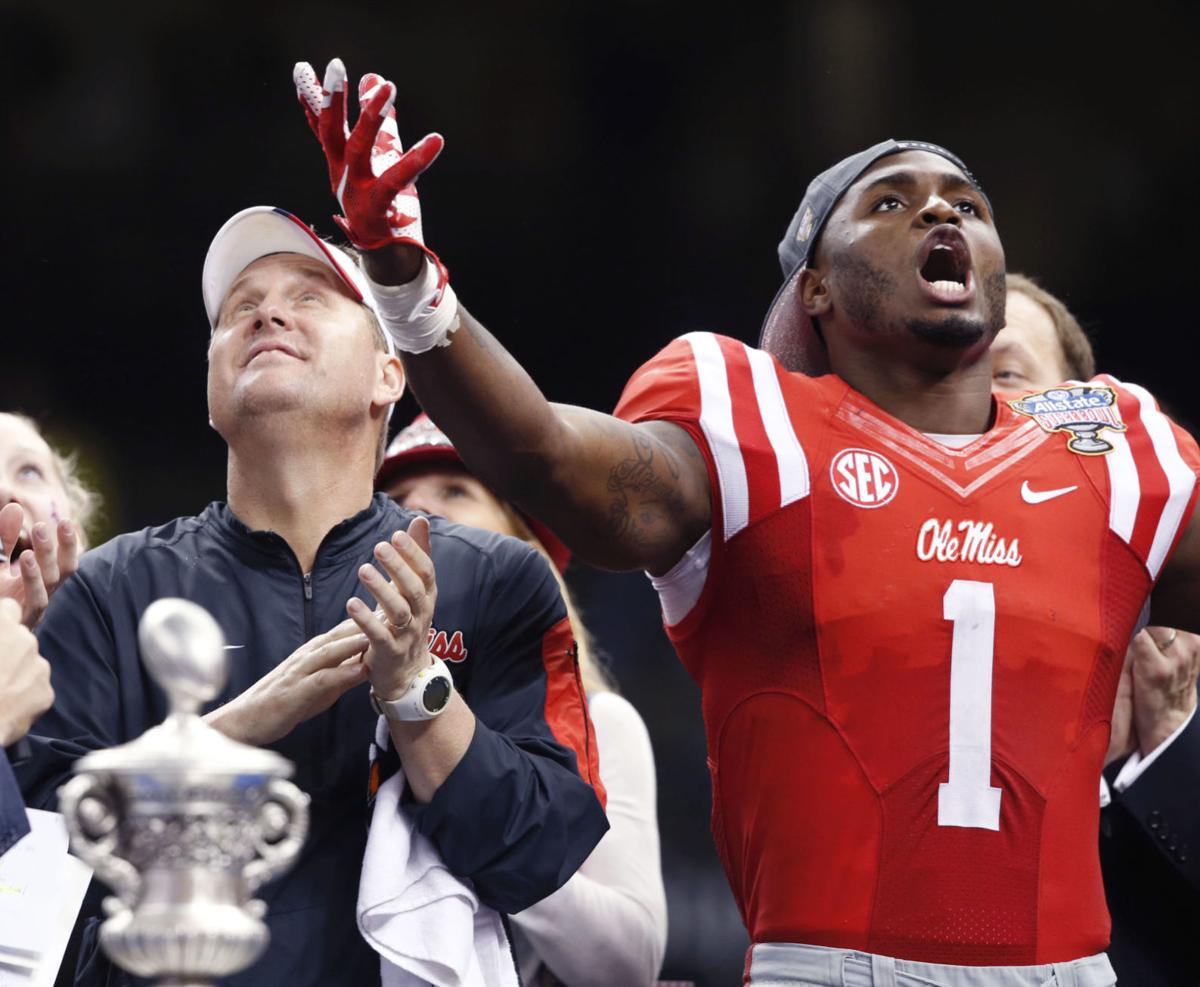 Liberty coach Hugh Freeze, right, talks to Flames quarterback Buckshot Calvert during the midst of a successful season for both.

In more ways than one.

Freeze had serious doubts that his first Liberty team, competing mostly with a roster recruited to play against an FCS schedule, could reach a bowl game in its first FBS season.

Freeze also didn’t believe he’d be coaching at Liberty University – at least not on Jan. 1, 2016, when he stood on risers on the Superdome floor, confetti falling from the rafters after a Rebels’ Sugar Bowl victory, and celebrated the height of Ole Miss football for the modern era.

Freeze, though, was fired for personal misconduct days prior to the start of practice for the 2017 season. As an NCAA investigation raged that wasn’t what led to his dismissal.

It was Liberty, an evangelical Christian university in Virginia, that gave Freeze the opportunity to rebuild his career.

The Flames (7-5) will be in Orlando on Saturday at 1:30 CT to face Georgia Southern in the FBC Mortgage Cure Bowl.

The conversations with Liberty leaders that led to his hiring were “very honest, transparent and real,” Freeze says.

He describes himself as humbled by how his Ole Miss time ended after posting a 39-25 on-the-field record with bowl games in four of five seasons, two of them at the New Year’s Six level.

“When you make a mistake and it’s an accidental mistake you should be able to say ‘I’m sorry, that was an accident,’ and that usually is enough,” Freeze said. “That’s the easier of the two. The one where you made a choice that hurt a lot of people … that’s the tough one.

“The only way that I know to have a chance at restoration in that is to say, ‘Will you forgive me?’ From the people that truly know, I’ve received enormous forgiveness and grace, and I’m so thankful for that.”

Freeze sought that forgiveness from Ole Miss fans with an open letter that was distributed to select media outlets after his firing.

Some responded to that plea. Others did not, Freeze said, influenced perhaps by a lot of “stuff” about his departure that was inaccurate.

“I have no defense for that because I was wrong,” he said.

“That was my dream job, a place I called home that I took great joy in helping restore. On a national level the NCAA took a huge toll on me, more than I ever knew,” he said. “Ultimately I was found to have not monitored the program correctly, and I have to live with that.”

Freeze said his two seasons away changed him – not in how he interacts with players and coaches but in his approach to game management.

He says he coaches now in a style more “complimentary” to the game and explains that as making different decisions when playing ahead by multiple touchdowns.

“Our defense is thin and our depth is not good, so when I got up two scores on Buffalo – who had a better depth chart than we did, to be very candid – I made sure that we shortened that game.”

Freeze said if he had coached that way in 2016 he believes Ole Miss would have won games against Florida State and Alabama.

This week his challenge is helping that thin Liberty defense find a way to slow Georgia Southern’s triple option – similar to the way the Rebels did against Georgia Tech in the 2013 Music City Bowl.

It’s a challenge, but it’s been that way from the start.

“I didn’t think there was any chance we would be bowl-eligible,” he said, “but I was driven, and so was this staff.”