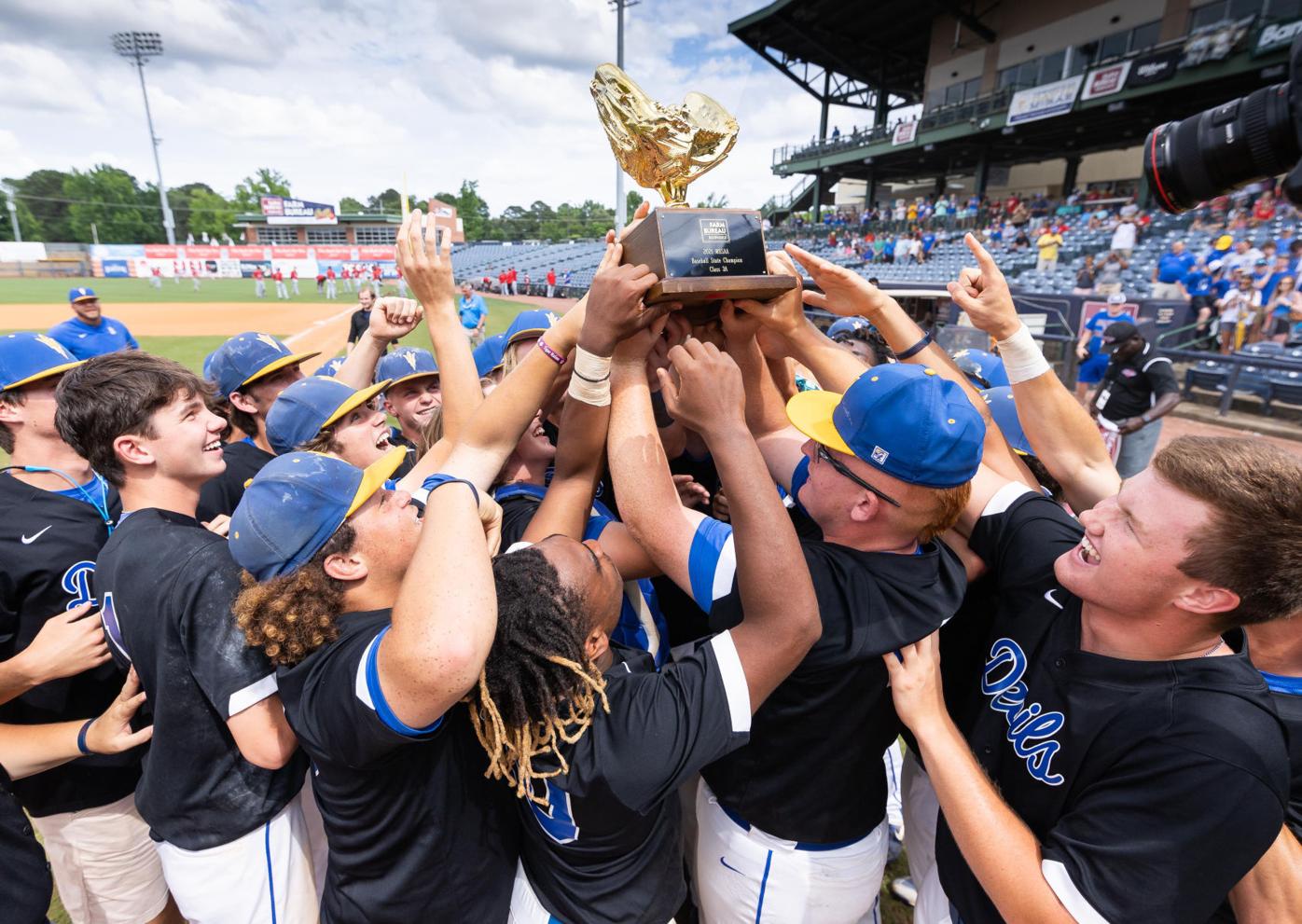 Booneville players celebrate with the Class 3A trophy after Saturday's lopsided victory against Magee. 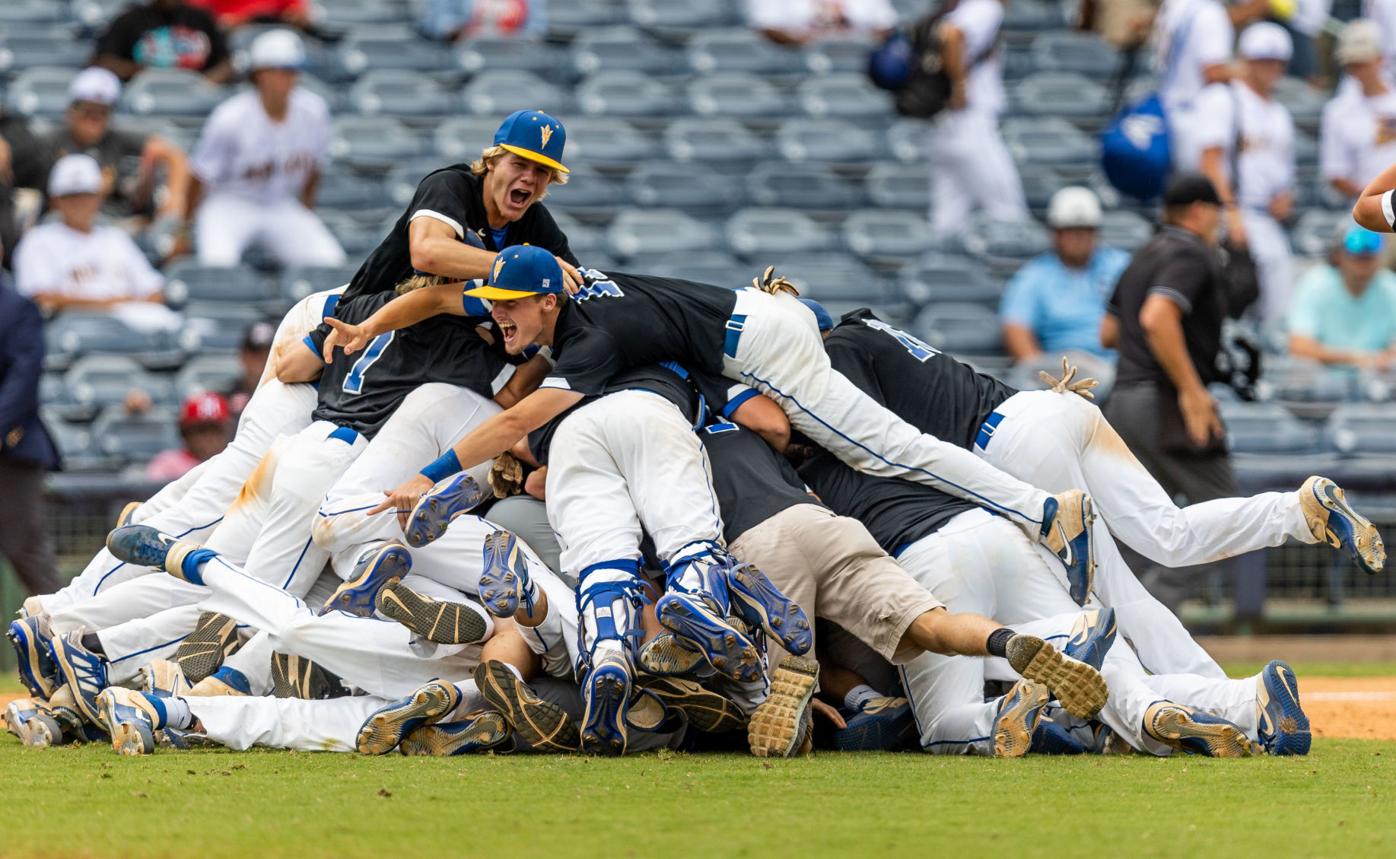 Booneville players celebrate with the Class 3A trophy after Saturday's lopsided victory against Magee.

Behind a stellar offensive performance the Blue Devils raced past Magee 12-4 in Game 3 to claim the MHSAA Class 3A State Championship at Trustmark Park on Saturday afternoon.

It is Booneville’s second state title in school history and its first since 1999. A dozen seniors led the way to the championship for the Blue Devils (26-11).

“We got a large group of seniors and we talked before what it takes to win these types of games and this was four years of hard work finally coming together,” said Booneville coach Kevin Williams. “These guys never had any doubt after the setback in Game 1. We felt good about coming into Game 3 and the depth of our pitching.”

Booneville lost 6-3 to Magee on Tuesday, then drew even by winning 4-2 on Thursday.

After Saturday's first three batters got on via walk and two hit by pitches, John Daniel Deaton hit a inside-the-park grand slam on a fly ball that went over the Magee’s center fielders head to give Booneville a 4-0 lead.

“I knew I hit it pretty well but the wind was blowing in and it kept going and was able to make it home,” Deaton said. “We were smoking the ball today and timing the pitcher well.

"Coach told us to be aggressive at the plate and that’s what we did.”

Booneville extended its lead to 6-1 in the second on a wild pitch and sacrifice fly. Magee cut the lead to 6-3 on a two-run home run by Brennon McNair.

The Blue Devils answered with four runs in the fourth to take a 10-3 lead highlighted by a two-run single by Bryce Lindsey.

Booneville added a run in the sixth and seventh to put the game away.

Ben Davis (8-3) got the win on the mound for the Blue Devils. Hayden Donahue had two hits to lead Booneville offensively.

“Ben pitched like a veteran and had good stuff today and did a great job,” Williams said. “He hadn’t pitched much in the playoffs, and we felt good about our pitching going into Game 3.

"Offense came through today and that’s what we needed.”

Jordan Magee took the loss for Magee. Chandler Pittman had two hits for the Trojans (28-7).

Big Inning: Booneville scored four runs in the top of the first on an inside-the-park grand slam by John Daniel Deaton.

Coach Speak: “Didn’t attack the zone and can’t walk as many as we did, and they get a big hit. It’s life and we didn’t play well today, and they did,” said Magee coach Allen Eubanks.

John is sports editor of the Daily Journal.