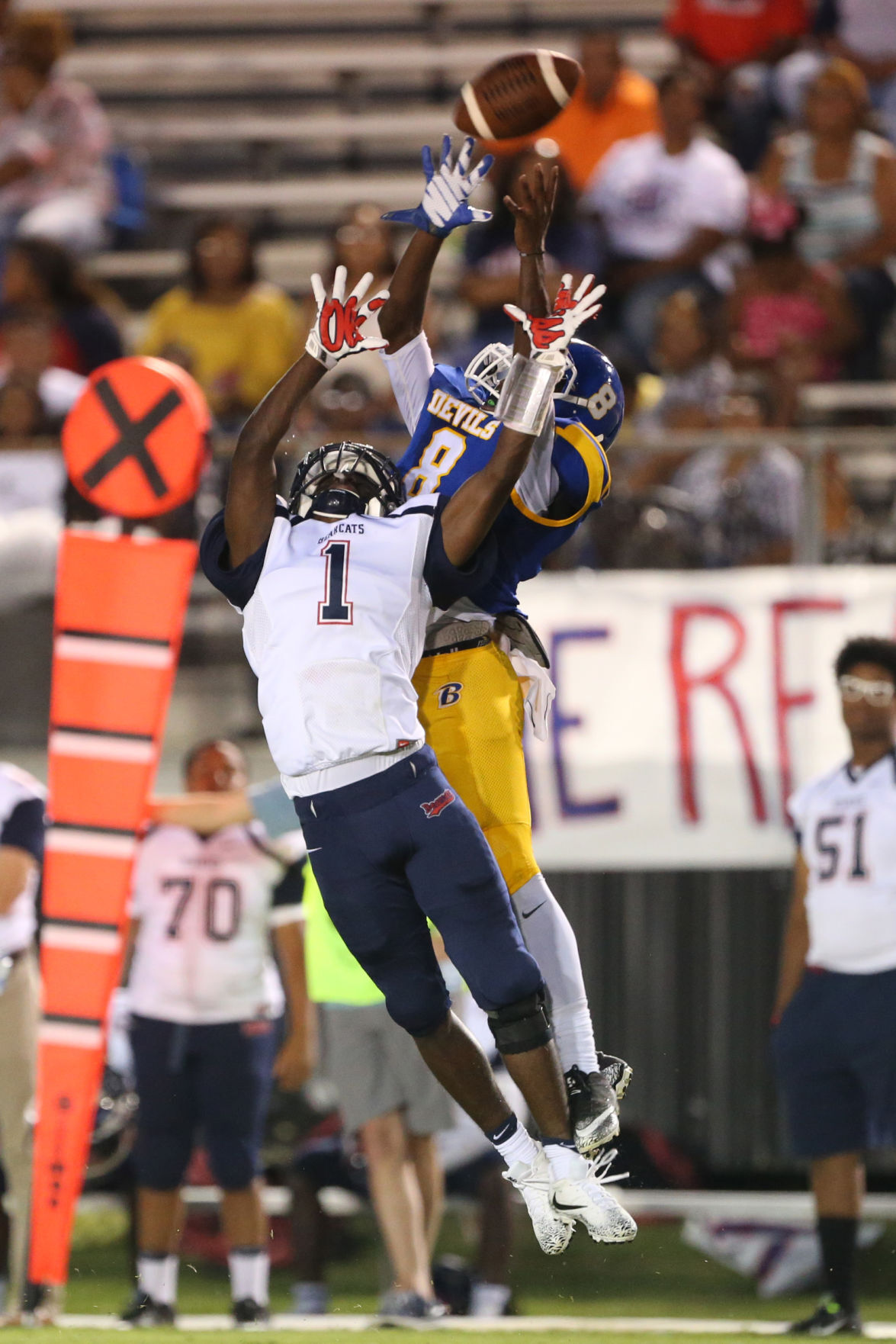 Booneville’s Davian Price and Baldwyn’s Jahquantee Rogers battle for a pass during the 2017 Skunk Bowl game. This year’s game was scheduled for Aug. 28 – one of the weeks that now won’t be played. 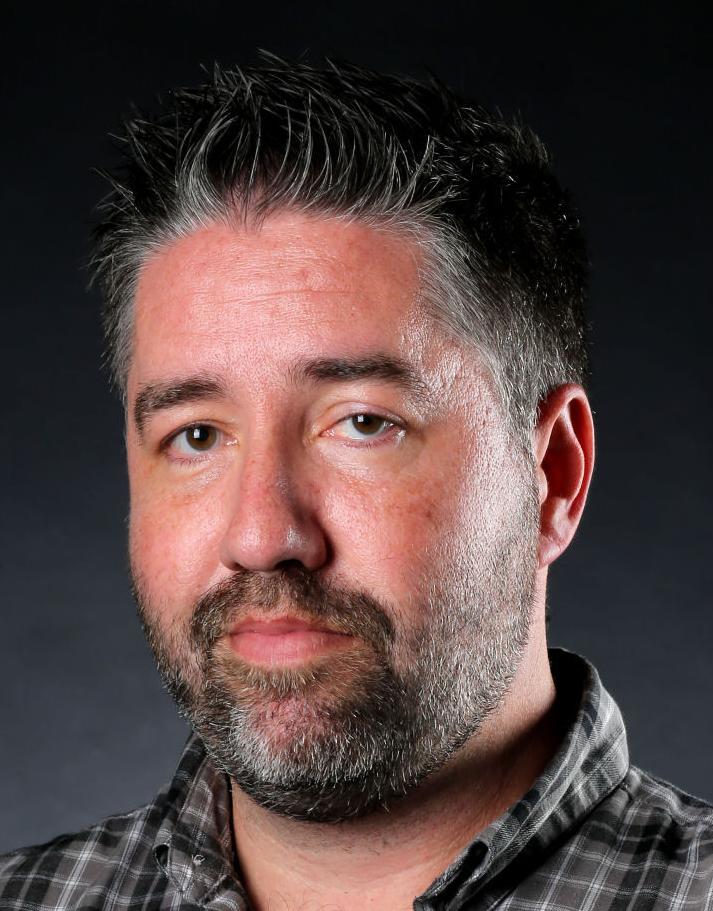 Lafayette’s football schedule was challenging enough before COVID-19 showed up.

The Commodores’ 12-game schedule featured only four home games. Now that the Mississippi High School Activities Association has cut out the first two weeks of the season, there will be just two home games for Lafayette.

“We’re going to be road warriors this year,” coach Michael Fair said with a chuckle.

The lost home games were to be against Cleveland Central and Southaven. The remaining home games are against Grenada (Oct. 2) and Columbus (Oct. 30).

Losing the first two weeks of the season means we lose a lot of great matchups, including some rivalry games. Games like the Skunk Bowl (Booneville at Baldwyn), the Little Egg Bowl (Starkville at Oxford), and the EUNA Cup (East Union at New Albany).

We also lose Tupelo at South Panola and Corinth at Tupelo.

Another intriguing matchup was Tupelo Christian at Tishomingo County in Week 1. Tish made a big-time hire in Richard Russo, an alumnus who’s won wherever he’s gone.

“You always want to go home to play if you get the opportunity, and it was going to be a big night there,” Holiday said. “I hate we lost a game, but I thank God we get to keep the season.”

Rescheduling any of these games is next to impossible. Here’s why.

• The Skunk Bowl: Baldwyn’s open date was originally Sept. 4, which is now Week 1 of the reconfigured season. But the Bearcats are now working to fill that date.

Booneville’s open date is Sept. 25, by which point Baldwyn will be in the midst of division play.

• The Little Egg Bowl: Oxford is off Sept. 18. Starkville hosts Meridian that Friday, and it has no open date.

Another early rivalry game is the Joe Bowl between Falkner and Walnut, originally scheduled for Aug. 27. The schools are planning to play Sept. 17, which was Falkner’s open date. Walnut was scheduled to visit Myrtle that week, but that game has been moved up to Sept. 11.

Eliminating the first two weeks also means teams have less time to prepare for division play. TCPS will have one game, against 1A power Biggersville, before jumping into Division 2-1A play against two-time reigning state champ Nanih Waiya.

This situation isn’t ideal for anyone. But it’s far better than the alternative.

NCAA Board of Governors meeting could decide future of fall sports

'This virus is no joke': Arizona receiver Jaden Mitchell says he tested positive for COVID-19