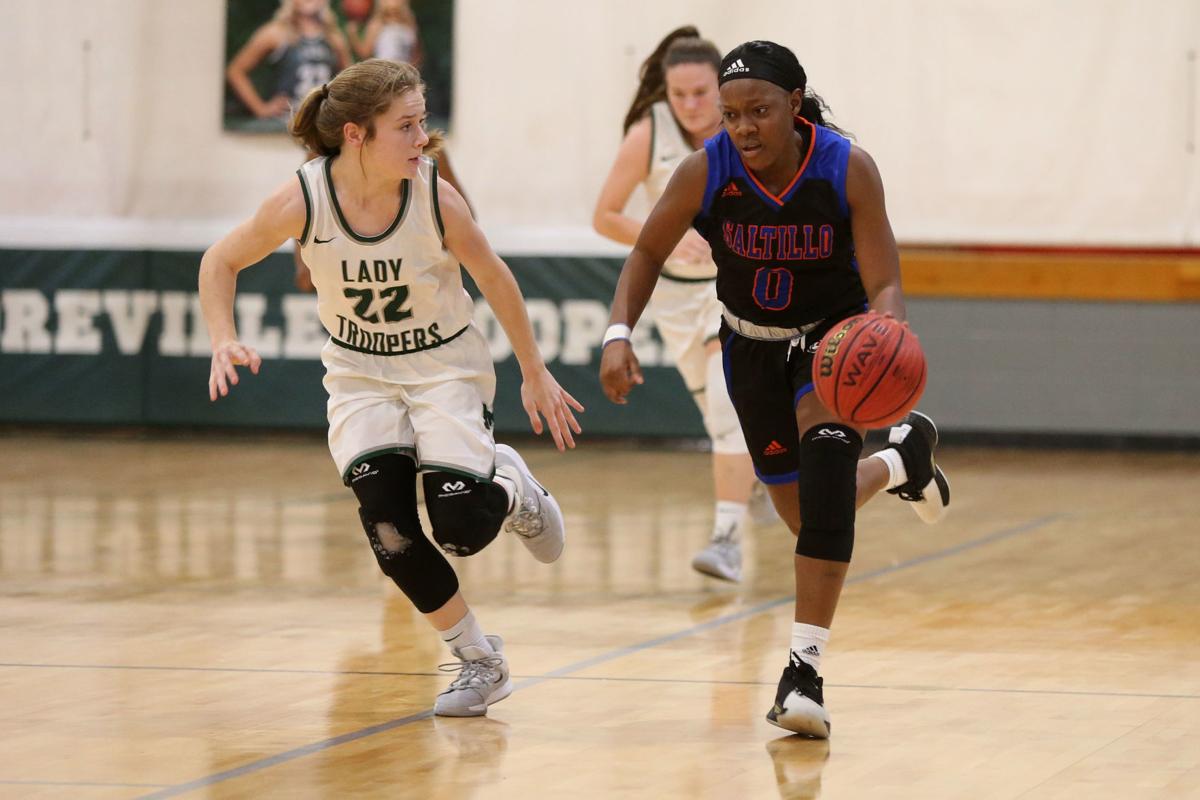 Saltillo’s Janiah Hinton dribbles the ball up court with Mooreville defender Laklyn Nichels by her side during Friday’s game. 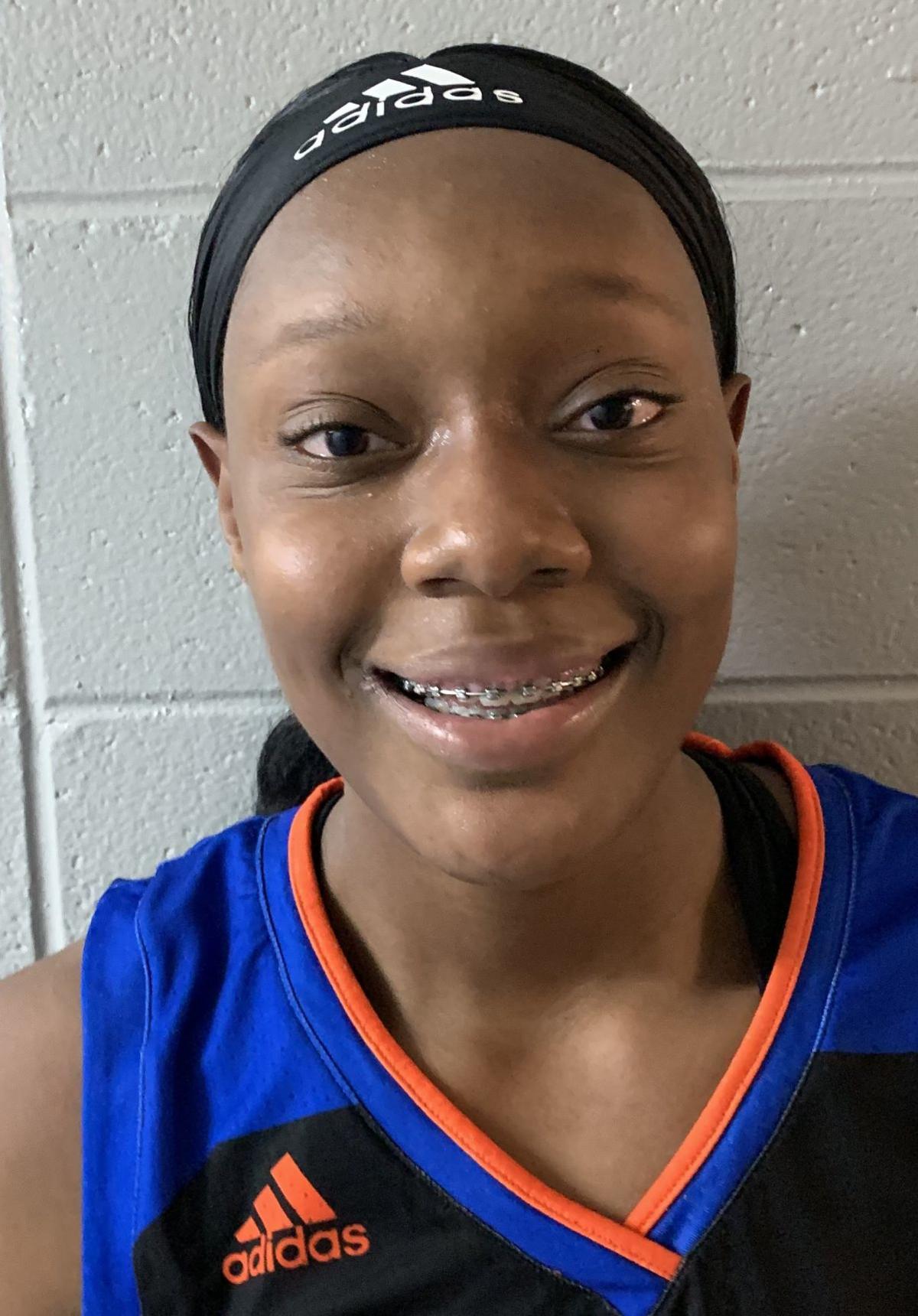 MOOREVILLE • Janiah Hinton has found her fit at Saltillo.

The junior guard had her best outing of the season Friday night, scoring 32 points as the Lady Tigers steamrolled Mooreville, 67-45, to claim the Lee County Tournament championship.

Hinton, who made seven 3-pointers, is in her first season with Saltillo after transferring from Tupelo.

“She started out slow, but I think that was more of a chemistry thing and trying to learn her teammates,” coach Titus Goree said. “But it’s starting to come on.”

With Hinton settling in, the Lady Tigers (10-9) have a dangerous inside-out combo with Mya Bobo. The 6-foot-1 junior had 23 points, seven rebounds and five steals Friday.

Mooreville (7-11) had no luck defending either Hinton or Bobo, as Saltillo raced out to a 21-6 lead after one quarter. The Lady Troopers kept turning it over, which led to fast-break buckets the other way.

“They say you can’t win a game in the first quarter, but you can sure lose one, and that’s what happened to us tonight,” Mooreville coach Roman Doty said.

Bobo made 11 of 17 from the field and led a strong shooting effort; Saltillo made 54.7% from the floor.

Mooreville shot 35.1% but made 9 of 17 from 3-point range. Allly Grace Bounds led the Lady Troopers with 13 points.

Saltillo has won five of its last six games, and Hinton said she’s feeling comfortable in her role.

“From the get-go it was a slow start,” Hinton said, “but when we finally started getting the chemistry more, we started going on a winning streak.”

Talking Point: “That’s the first time we’ve played four quarters as a team. We’ve had good spots here and there, and that’s what we’re trying to work on, is playing four quarters together,” Goree said.

(B) Saltillo 52, Mooreville 31: The No. 4-ranked Tigers jumped out early and never looked back en route to winning their sixth- straight county title.

(G) Nettleton 49, Shannon 43: Madison Miller scored 49 points for Nettleton, while Miah Hall had 10. Shannon had no one in double figures.

Even as other backs get paid, Aaron Jones focuses on helping Packers ‘bring in the wins’

VIDEO: 10 years ago, Arizona stunned No. 9 Iowa at Arizona Stadium