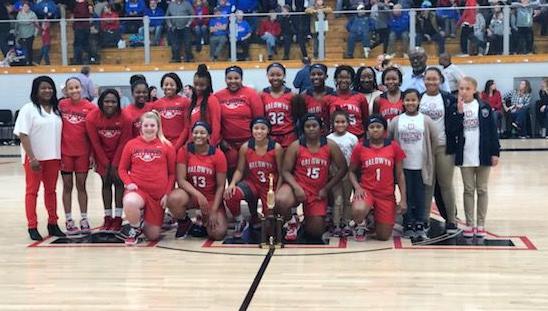 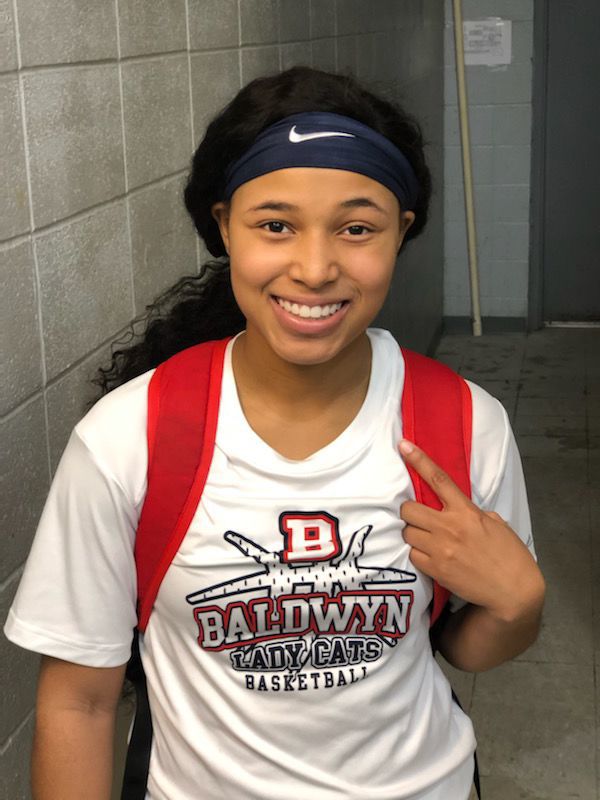 WHEELER • The Baldwyn Lady Bearcats turned up the defense in the fourth quarter to deliver their first division championship since 2005.

Baldwyn beat Wheeler, 53-49, in the Division 2-1A championship game on Friday night. The Lady Bearcats (21-5) trailed by one point entering the fourth quarter, but forced eight turnovers in the period to claim the title.

“We were down going into the fourth, and our girls just refused to lose,” Baldwyn coach Reneetra Pippin said. “They turned it up when they had to.”

Baldwyn found itself down by one point, 39-38, entering the fourth quarter after Wheeler (18-9) scored 18 points in the third. On the first possession of the fourth quarter, Baldwyn forced a turnover and La’Embri McGaha had a putback layup to put Baldwyn on top.

Following the basket, the Lady Bearcats had three-straight steals, two from Anderson and one from I’Yana Ragin, and turned them into six points. Anderson had a layup and two free throws and Ragin had a layup.

“We knew we had to turn it up because we really needed this win and needed the two home playoff games,” Anderson said. “Our main focus is always defense. Our offense is our defense, that’s how we score. So we have to force turnovers.”

Wheeler scored six-straight points late in the fourth quarter to cut into the Baldwyn lead, 50-47, then made it a two-point game on two Brittany Oswalt free throws with 29 seconds left.

On the next possession, Ragin secured the win with two free throws with 24.3 seconds left.

“This is such a great feeling,” Pippin said. “This is my first championship and it’s like all your hard work pays off. You see where the girls put all the time in, and now they have something to show for it.”

Turning Point: Down by one point, Baldwyn forced a turnover and scored on four- consecutive possessions to jump ahead 46-39 in the fourth quarter.

Talking Point: “It’s been a long time. It feels really good. Now our goal is North half next, then the championship after that.” – Baldwyn’s Amarie Anderson

Matt LaFleur: ‘There was never a doubt’ about keeping Mike Pettine as Packers’ defensive coordinator

Badgers in the XFL: Check out performances by former Wisconsin players in Week 3