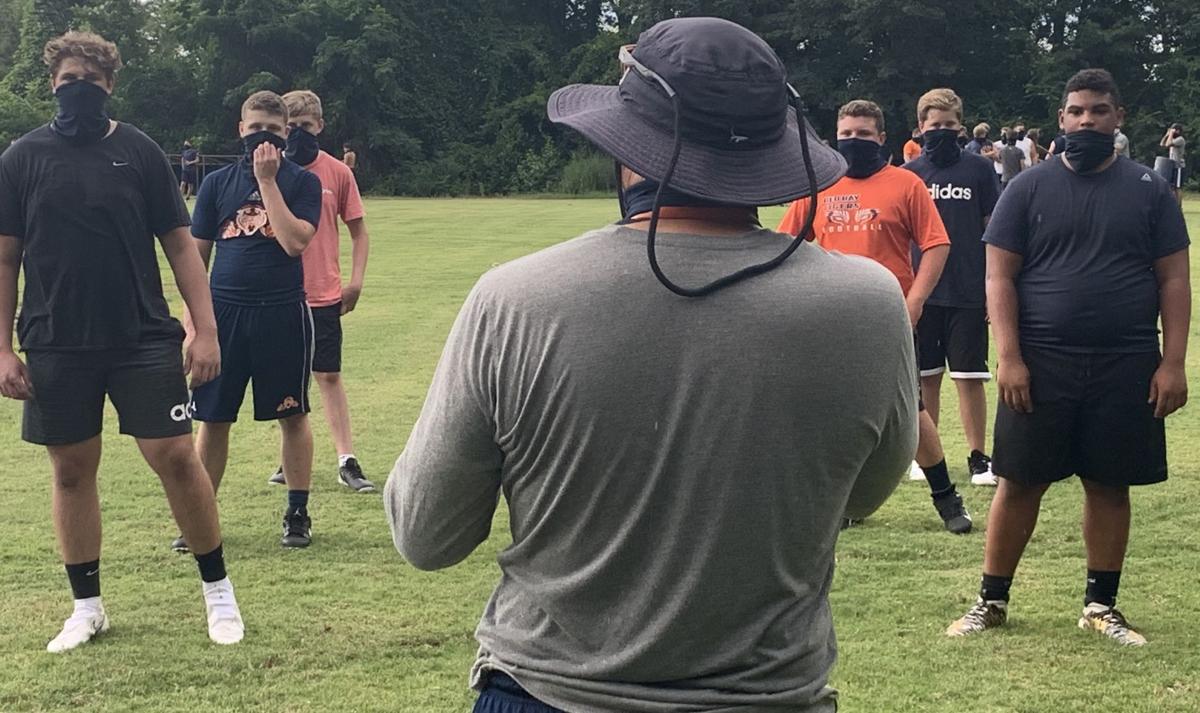 Red Bay football coach Michael Jackson speaks with his players during Monday’s practice. Alabama schools were allowed to begin preseason drills this week but have to follow several health guidelines, like wearing masks. 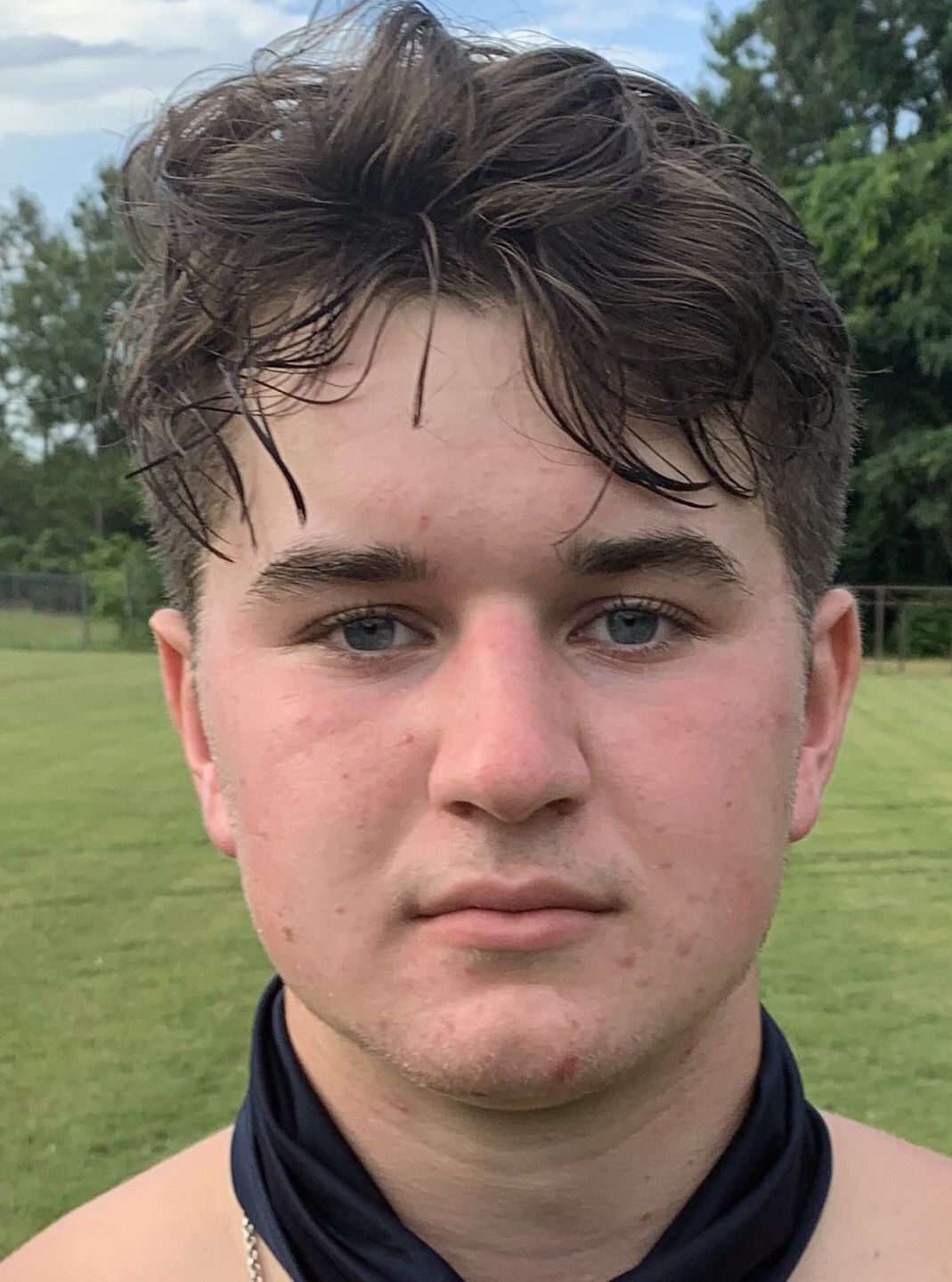 RED BAY, Ala. • As 60-something players drifted toward him, Red Bay football coach Michael Jackson had to shout out one last reminder.

“Keep an arm’s length from everybody and take a knee!”

It was the end of Red Bay’s first preseason practice on Monday. That was the day Alabama high schools were allowed to begin preseason drills.

It was a return to normal – sort of. Teams must follow several health guidelines due to the COVID-19 pandemic, including wearing masks during practice.

Early during Monday’s practice, Jackson had to send a couple of players back to the field house to retrieve their masks. He and his assistants were also reminding players to not crowd around the water stations during breaks.

“I thought we did a good job, and I thought the kids did a great job,” said Jackson, who is 54-15 in six years at Red Bay. “Yeah, it’s a little bit different, and you’ve got to keep reminding them of things. The drills are set up a little wider than normal, and you can see we don’t get in the huddle. We’re doing some things that try to help mitigate the situation and keep the social distancing going.”

Red Bay went 12-1 last season and reached the third round of the Class 2A state playoffs. With 17 seniors and most of their starters returning, the Tigers are expecting another big season.

For now, the season is scheduled to start on time – Aug. 20 and 21. Red Bay lost its Week 2 game against Biggersville because of the Mississippi High School Activities Association’s decision to delay the season by two weeks.

The Tigers will still play Belmont on Sept. 25.

Football teams in Mississippi can start preseason work Aug. 17, with the season set to start Sept. 3 and 4.

There are no guarantees Alabama will be able to stay on schedule, but that’s not a possibility Red Bay quarterback Jalen Vinson likes to consider.

“I try my best not to think about it,” said Vinson, a senior. “I try to have a positive outlook on everything, because this is my last season and I love football.”

Jackson feels confident his team will be able to do its part in keeping the calendar from moving. Veterans like Vinson are being counted on to help keep everyone accountable, whether it’s making sure no one wears cleats in the field house or reminding teammates to wear masks during workouts.

“We try and step up because coaches can’t be everywhere,” Vinson said.

Even with all the precautions that must be taken, Jackson felt the first day of practice was a productive one. A handful of plays were installed, and players were put through a variety of normal football drills.

It was all done in shorts and T-shirts, because Red Bay’s helmets are still being refurbished. The return of those helmets has been delayed because the pandemic temporarily shut down the facilities that do such work.

While it wasn’t a typical first day of practice, Jackson was more than pleased with how it went.

“Our kids were excited about being back out here,” he said. “I think it’s great for them to be back in some kind of normal routine.”

NCAA Board of Governors meeting could decide future of fall sports

'This virus is no joke': Arizona receiver Jaden Mitchell says he tested positive for COVID-19