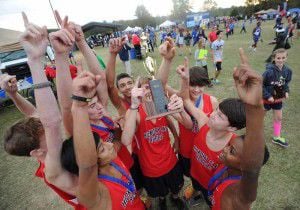 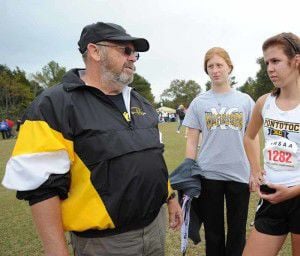 Special to the Journal

High school cross country teams from this corner of the state usually hold their own when bringing home championship trophies.

Out of a possible 12, area schools brought home nine titles a year ago.

Time to toe the starting line on Saturday, as the state meet will be run at the Mississippi College Choctaw Trails in Clinton.

Class 5A might be the most competitive classification this year.

“With both of these races, there could only be a five-point difference between first and third,” Saltillo head coach Charles Covington said. “These races will be hard to predict.”

Saltillo, Oxford, and Pearl are projected to be the three schools favored to win the two races, with Oxford the defending 5A boys champ, and Saltillo the six-time defending girls champ.

“I’ve told the team do what you’ve been doing, and you have to do it just one more time,” Oxford head coach Chris Patton said. “Times don’t matter, just beat the person in the other jersey.”

At last week’s Division 1-5A meet, the Saltillo boys edged Oxford by one point, and the Oxford girls edged Saltillo by one point.

Kings of Class 4A

Mike Bain has coached 35 state champions at Pontotoc, and his teams are the defending title holders.

“The boys are ready, and we have five guys who run together,” Bain said. “The good thing with our girls is that there is not a lot of difference between our No. 2 through No. 7 runners.”

Jacob Ferguson, Grayson Griffith, Chris Grissom, Mac Warren, and Will Dauler are the top five for the Pontotoc boys. Elizabeth Lunn leads the Pontotoc girls, with Bain saying Corinth runner Emma Knight has a good chance for the individual honors.

One of the best boys teams in the state might be J. Z. George, the 2A defending title holder. J. Z. George had a quality win over schools like Tupelo and Madison Central as late as Oct. 18 in Starkville.

The New Site girls are the defending 2A champs.

The Choctaw Central girls appear to be a favorite in 3A, and are the defending champs. In 1A, the Hickory Flat boys have a good chance at defending, while the Tupelo Christian girls look to oust Myrtle.