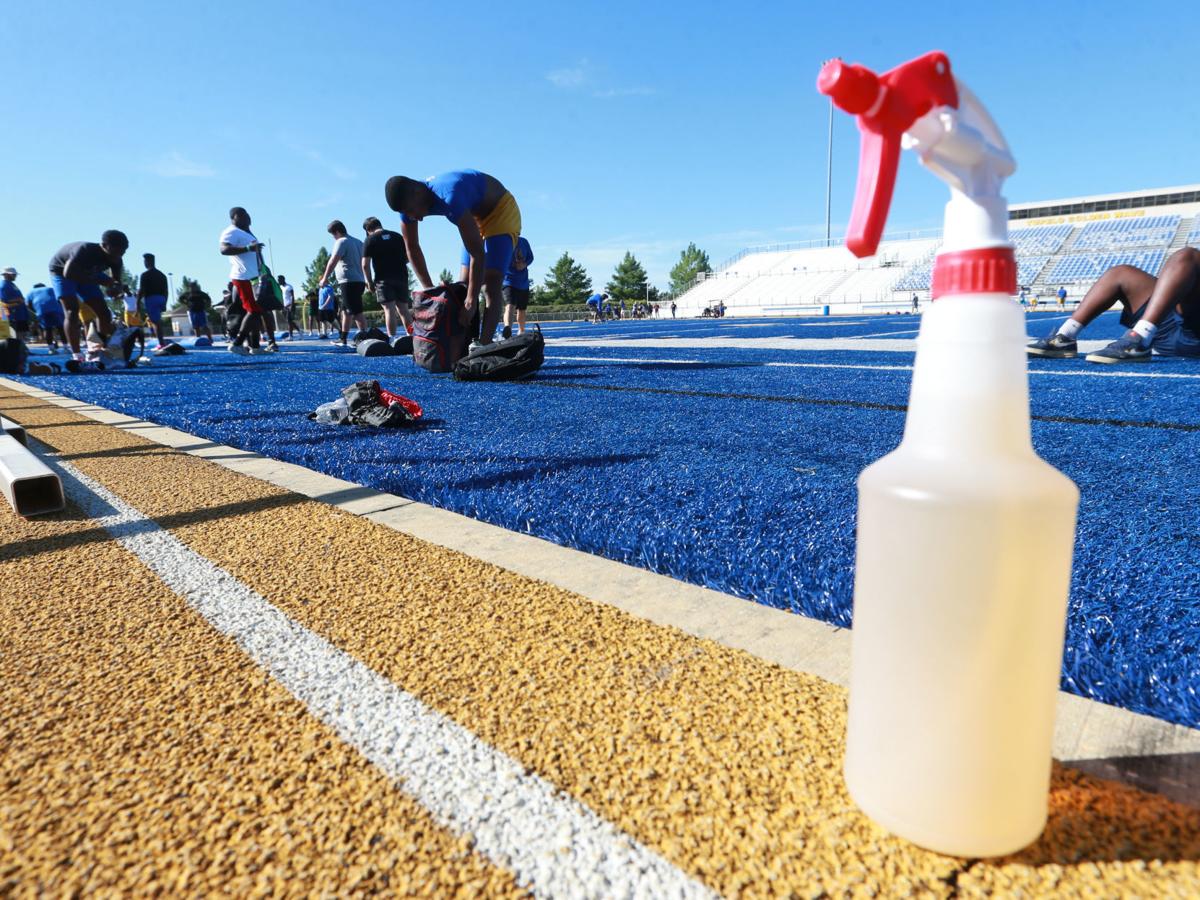 Football players get ready to move to the next workout station on Monday morning as Tupelo High School began summer conditioning activities on the blue stadium turf. 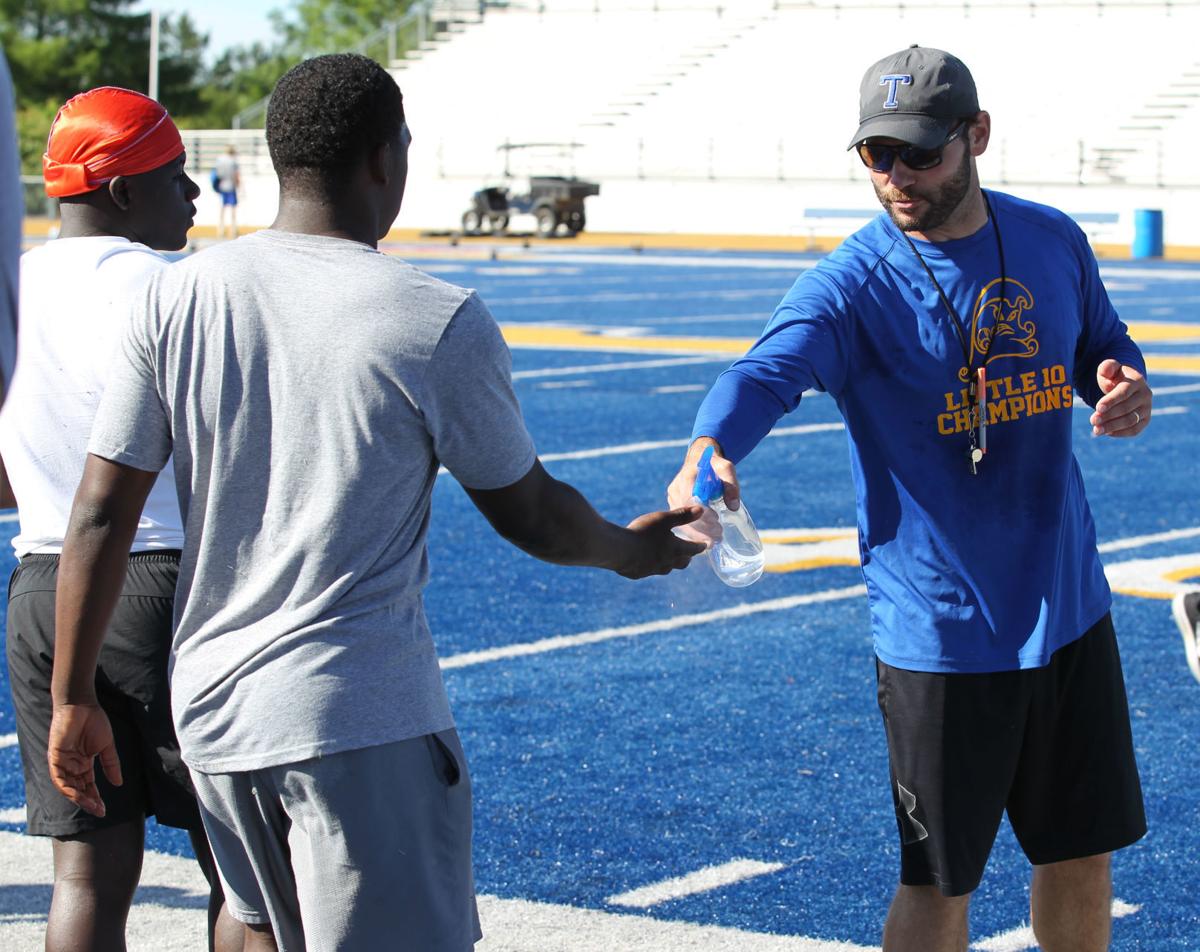 New Tupelo head coach Ty Hardin carried a bottle of hand sanitzer on Monday morning, and was quick to offer it to his players.

Football players get ready to move to the next workout station on Monday morning as Tupelo High School began summer conditioning activities on the blue stadium turf.

New Tupelo head coach Ty Hardin carried a bottle of hand sanitzer on Monday morning, and was quick to offer it to his players.

TUPELO • For the first time since March, the Tupelo football team gathered for workouts – and a lot of cardio.

The Mississippi High School Activities Association allowed teams to begin summer workouts on Monday, and new Tupelo head coach Ty Hardin and his Golden Wave team took the field for the first time since COVID-19 took the country by storm.

Social distancing guidelines were in order, and the Golden Wave players were split into seven groups rotating to stations around the football field. Workouts included cone and ladder drills, hurdles, cardio and burst drills.

There was also a table near the field entrance with hand sanitizer and signs that informed kids to go home if they were feeling any symptoms of coronavirus.

“It feels great to be out here with all these guys who are working their tail off,” Hardin said. “It’s good to be back. First time with me being around them so we are learning each other, and any good fix is a good fix. The fact that this is the first day and it’s not mandatory and 85 players show up, that’s special. These guys care.”

Hardin knew some players would be out of shape after the last 10 weeks, so his plan was to not overwork them on the first day. At least one player vomited during workouts, but Hardin was there to let him know he could take a break.

On the other hand, a few players were in great shape. Outside linebacker Dalton Hughes, a University of South Alabama commit, has had access to gym equipment at his house and at Snap Fitness, and he has been working out daily while at home.

“My dad knows the owner of Snap, so we actually have a squat rack in my garage,” Hughes said. “So while all the gyms were closed, I was working out in my garage with Jake (Weir), and when the gyms opened back up I started going there again along with running and biking.”

While Hardin plans on having three more workouts this week, getting in shape isn’t the only battle Tupelo is working through.

Four coaches from last year’s staff departed, so Hardin is also working to replace those coaches while trying to get to know the players himself.

It’s still early, but Hardin already has a good standing with players.

“I love coach Hardin so far,” starting quarterback Jake Weir said. “He’s super energetic and he wants to win just like the players.”

Tupelo is scheduled to open its season Aug. 21 at South Panola.

Dak to play 2020 season with no new contract

POLL: Do you agree with the Miss. High School Activities Association's decision to allow fall sports to be played?