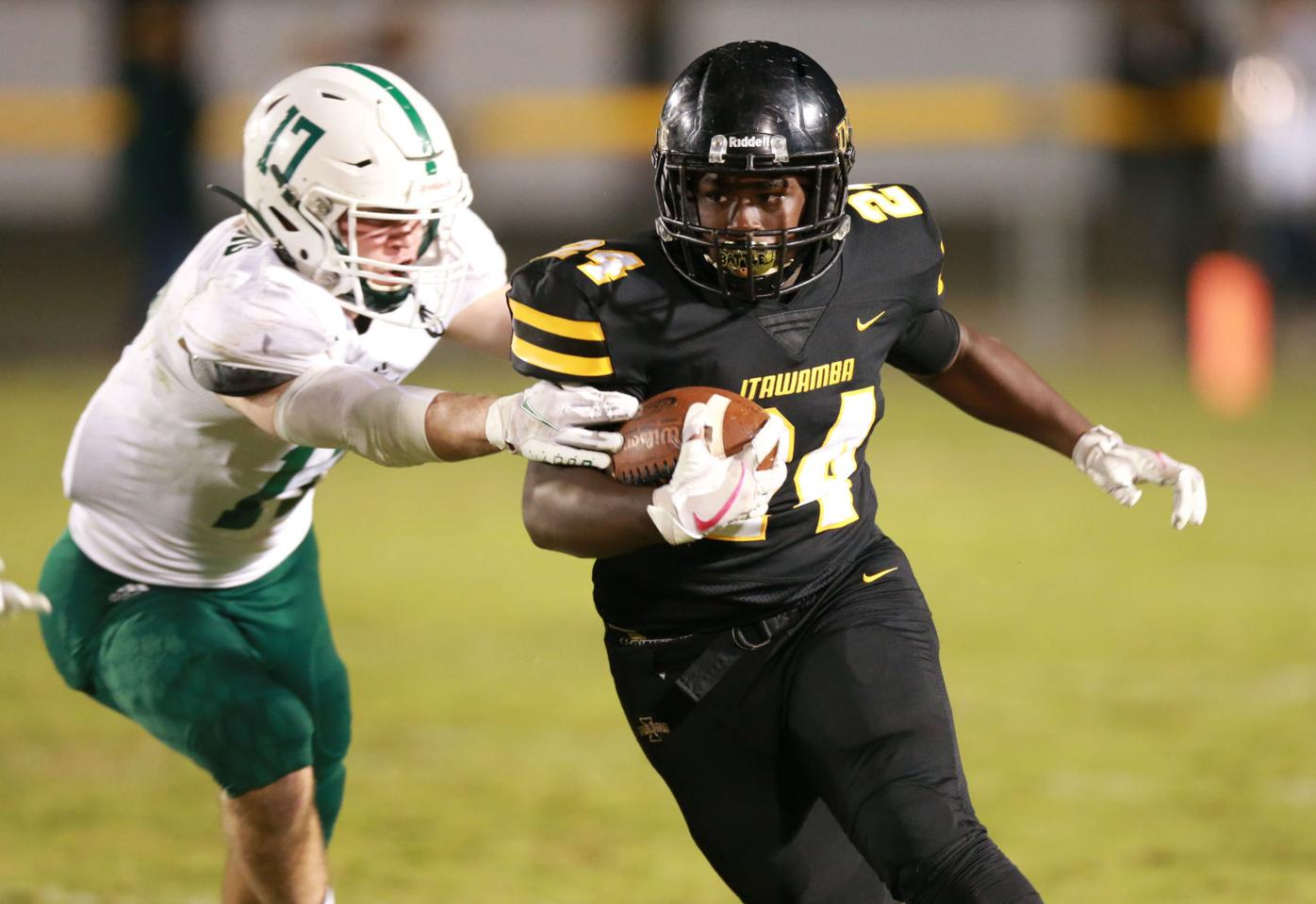 Itawamba running back Jabari Shumpert scored twice on Friday night, on runs of 12 and 10 yards, as the Indians knocked off Mooreville. 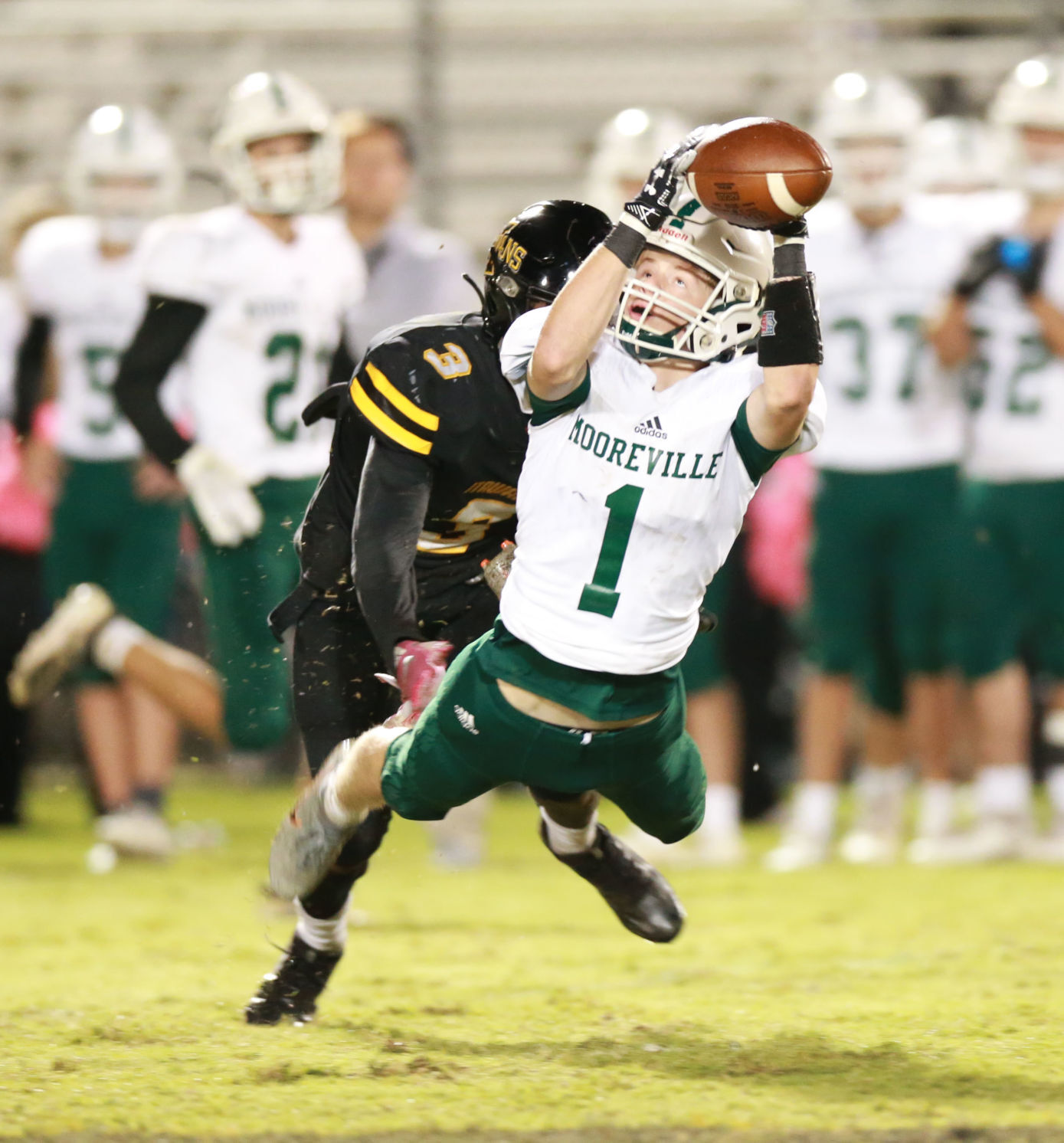 Mooreville receiver Caleb Holladay battles to haul in a pass against Itawamba AHS.

Itawamba running back Jabari Shumpert scored twice on Friday night, on runs of 12 and 10 yards, as the Indians knocked off Mooreville.

Mooreville receiver Caleb Holladay battles to haul in a pass against Itawamba AHS.

FULTON • Clint Hoots has a football team with a hungry defense.

Itawamba AHS hustled its way to a 41-13 home win over the Mooreville Troopers in a Division 2-4A showdown on Friday night.

The Indians (4-3, 3-0) are tied with Pontotoc for first place in the division race. Mooreville (2-5, 0-3), on the other hand, needed a win going into Friday night to keep its playoff hopes alive.

The contest started out pretty quiet from both teams, until the IAHS defense started causing mayhem over halfway through the first quarter. The Indians struck first off of a 46-yard pick-6 by Gavin Freeman.

Freeman said he had only one thought in his mind when the ball landed in his hands.

“I’m taking this to the house,” said the junior safety.

The IAHS defensive unit had a stellar night, forcing six turnovers with two of them being returned for touchdowns with Freeman’s pick-6, plus a 53-yard fumble recovery return by Maquion Green.

“The defense just bought in to getting turnovers, and they kept on doing that tonight,” said Hoots. “We were able to get some turnovers, make some big plays in the secondary, and get enough pressure on the quarterback. They bought into that mentality, and they did a great job.”

Sophomore safety Isaac Smith also had a productive night in the secondary, recording a pair of interceptions with one of them in the end zone near the end of the first half.

“I was just playing in coverage, and then I saw that quarterback scramble towards my side and that made me think, ‘Oh, I got to get this pick,” Smith said of his first interception.

Smith also said that it was a huge turnover that his team needed to close out the half.

With a highly anticipated game against Pontotoc next Friday, Hoots underscored how important that game will be for his team.

“Division is the most important thing we look at,” Hoots said. “We don’t talk about state championships. We take everything one at a time. Tonight’s game was just as important as our game with Pontotoc coming up.”

Turning Point: Isaac Smith’s interception in the end zone to close out the first half.

Talking Point: “This is the type of mindset we try to have every week at practice and on Friday nights. Rinse and repeat.” – Isaac Smith