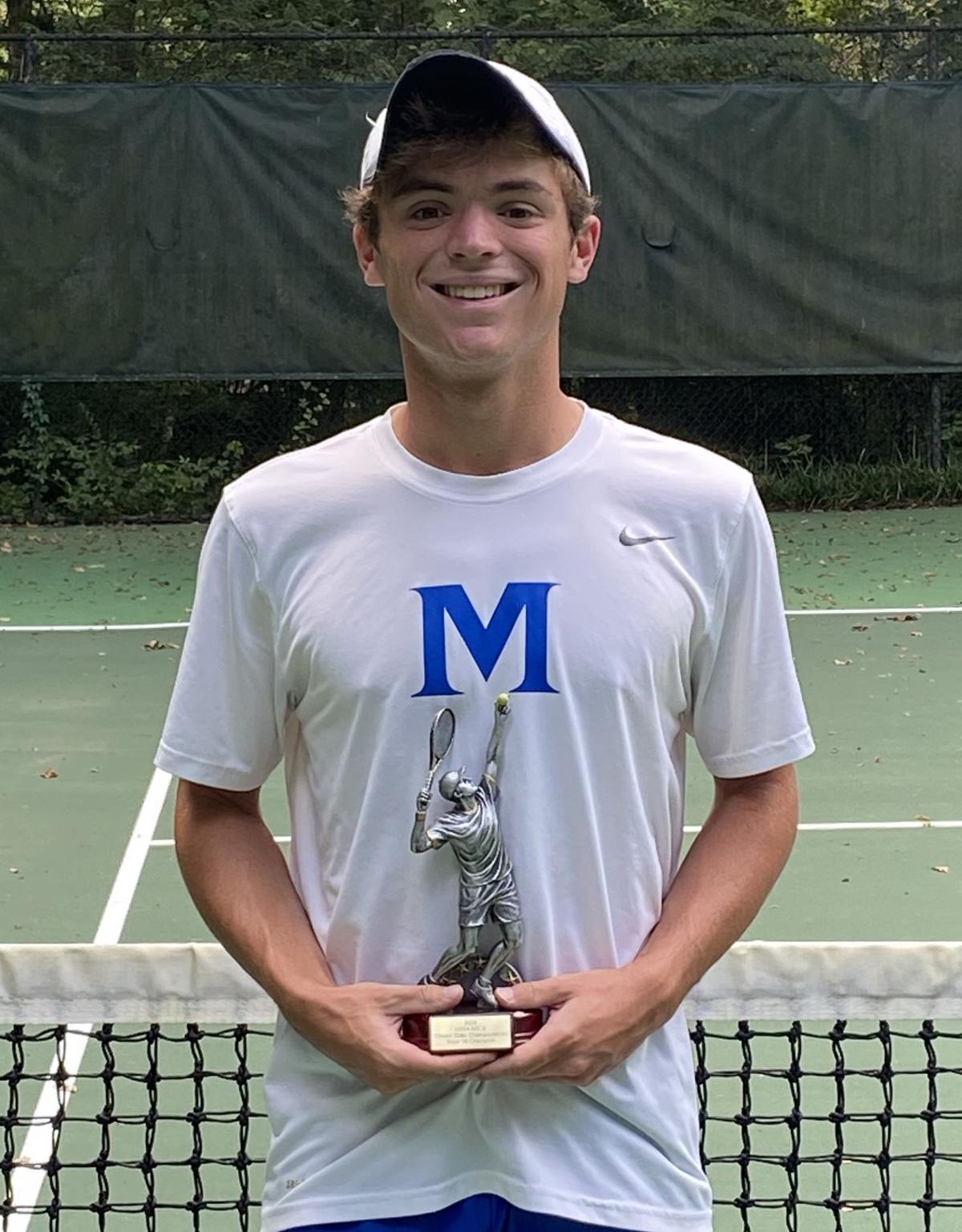 Will Leathers, of Tupelo, survived a back-and-forth tiebreaker to win Boys 18 Singles at the UTSA Junior State Championships. 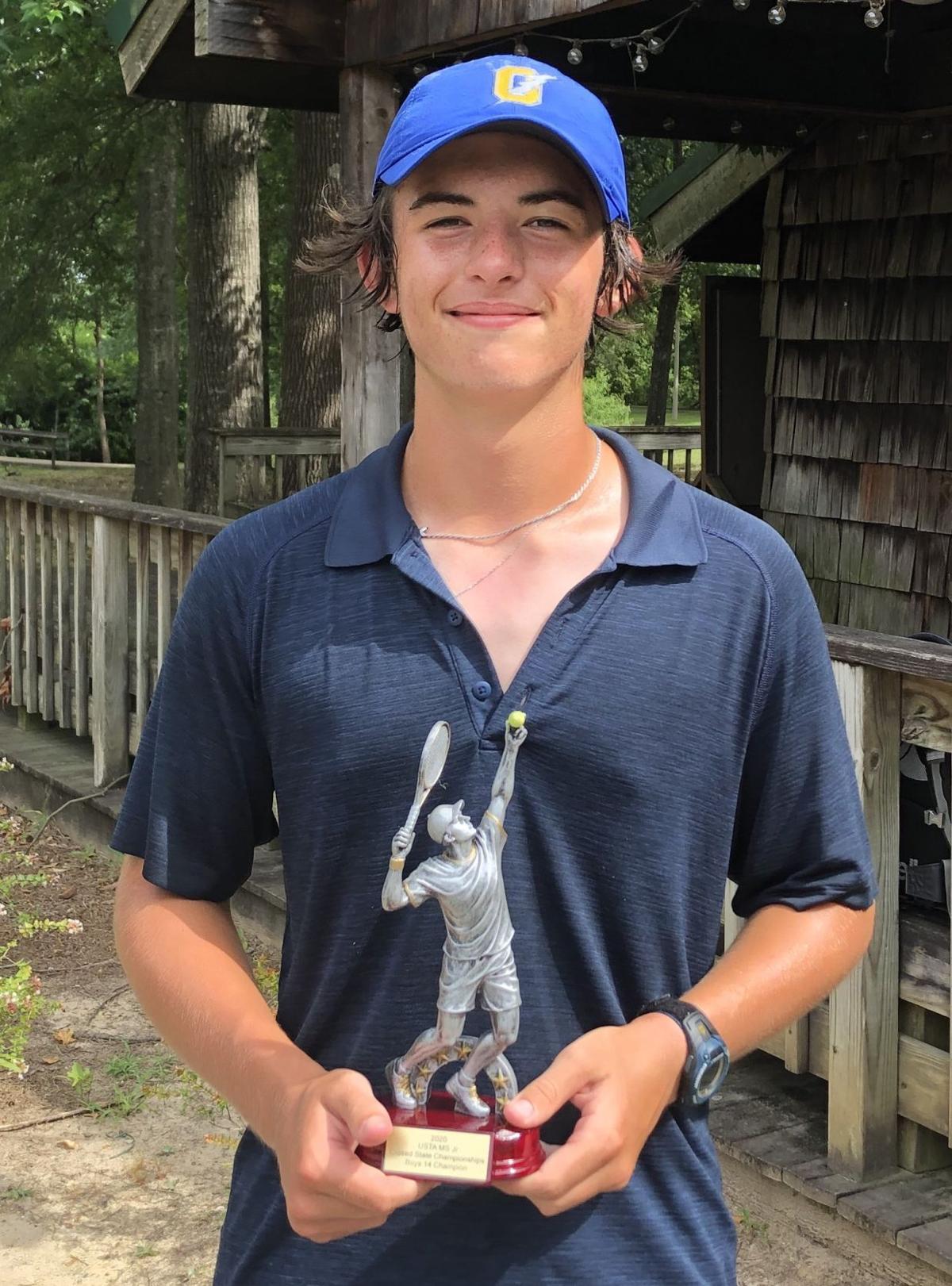 Charlie Fruge did not lose a set during his run to the Boys 14 Singles title. 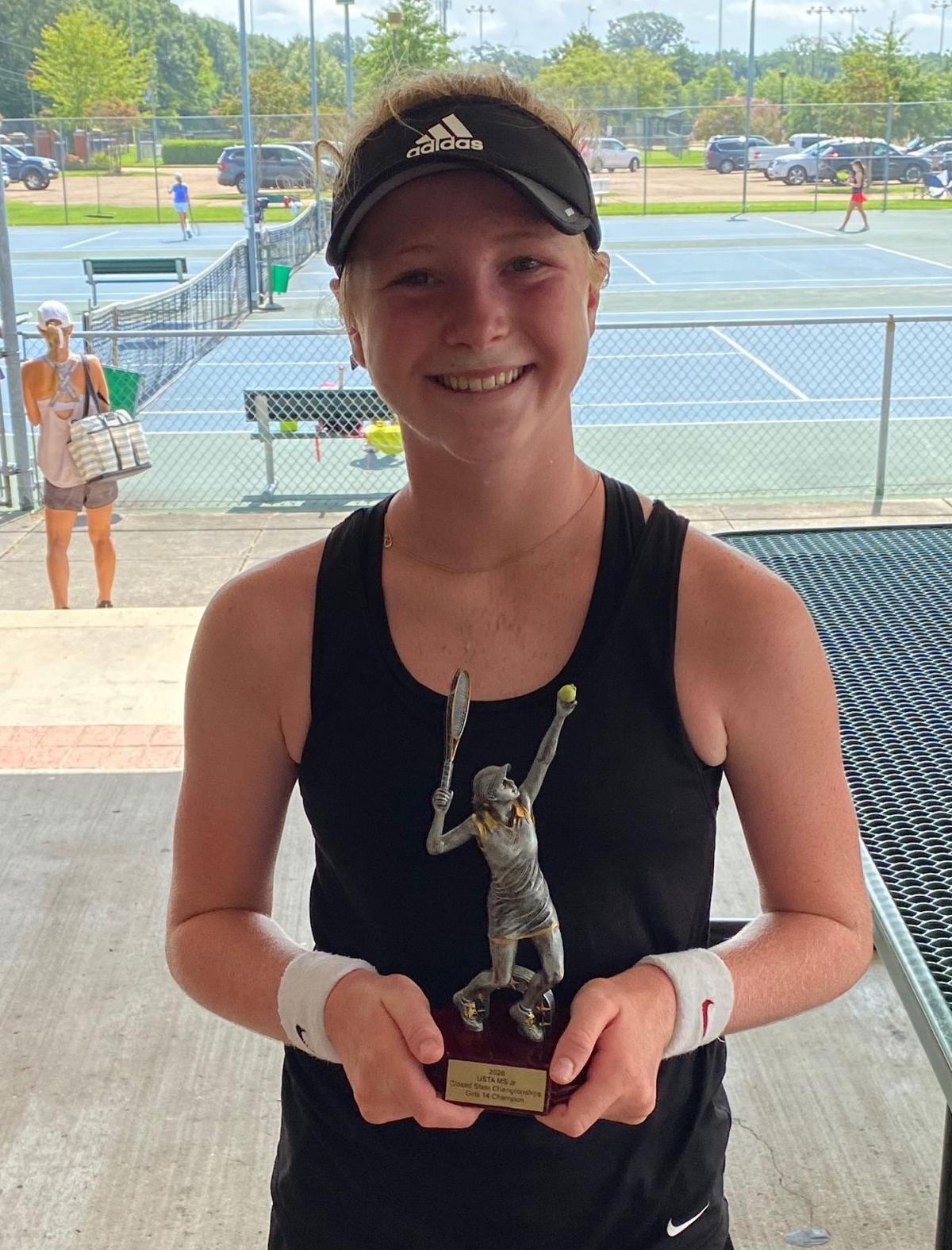 Owen Wilkinson defeated Lucy Lee in the finals of the Girls 14 Singles.

Will Leathers, of Tupelo, survived a back-and-forth tiebreaker to win Boys 18 Singles at the UTSA Junior State Championships.

Charlie Fruge did not lose a set during his run to the Boys 14 Singles title.

Owen Wilkinson defeated Lucy Lee in the finals of the Girls 14 Singles.

Will Leathers had a long, hot Sunday, but it ended in victory.

The tournament was held at Ridgeland Tennis Center, although that’s not where Leathers finished off his 6-3, 0-6, 13-11 win over Ellis, a Madison Central product who was the No. 1 seed.

Rain pushed Leathers’ semifinal match versus No. 2 seed Nikolas Elenkov (Madison) to Sunday morning. After scrapping out a 2-6, 6-2, 10-7 win, the No. 3-seeded Leathers had an hour to rest before facing Ellis.

“As I was taking my shoes off my right and left legs cramped,” Leathers said. “I was like, uh oh, this isn’t good.”

So he downed some pickle juice and salt tablets, did some stretching, and hit the court. After winning the first match, Leathers was down 0-4 in the second when more rain showed up.

The match was moved to Parham Bridges Tennis Center.

“It probably couldn’t have come at a better time for me and a worse time for him. It was nice to be able to kind of cool down a little bit,” Leathers said.

Ellis finished off the second set, but Leathers was able to regroup and win a back-forth tiebreaker.

“I had four match points before I finally got it on the fifth one,” he said. “It was really tough. We both were very tight in trying to close it out.”

This is the third state title for Leathers, who also won it in the 14 and 12 divisions. He also owns an individual MHSAA state championship, which he won as an eighth-grader at Tupelo Christian.

It’s also the third title for Wilkinson, a rising eighth-grader. She defeated Lucy Lee (Brandon) in the finals, 6-1, 6-0.

“I feel like this year’s it’s a lot different because all the tournaments I’d usually be playing have gotten canceled,” Wilkinson said. “It was more fun because I haven’t been playing any other tournaments.”

This was the first state title for Fruge, a rising freshman at Oxford. He was the No. 1 seed and knocked off Patrick Royals 6-0, 6-2 in the finals.

“i was very happy. I’ve been playing this tournament for five years, and each year I’ve been progressing a little farther,” Fruge said. “… This year I finally got it.”

Winning state qualifies athletes to compete in the Southern Sectionals, but that event has been canceled due to the COVID-19 pandemic.

For ex-Badgers standout Rick Wagner, return home to Wisconsin means being in ‘a special place’