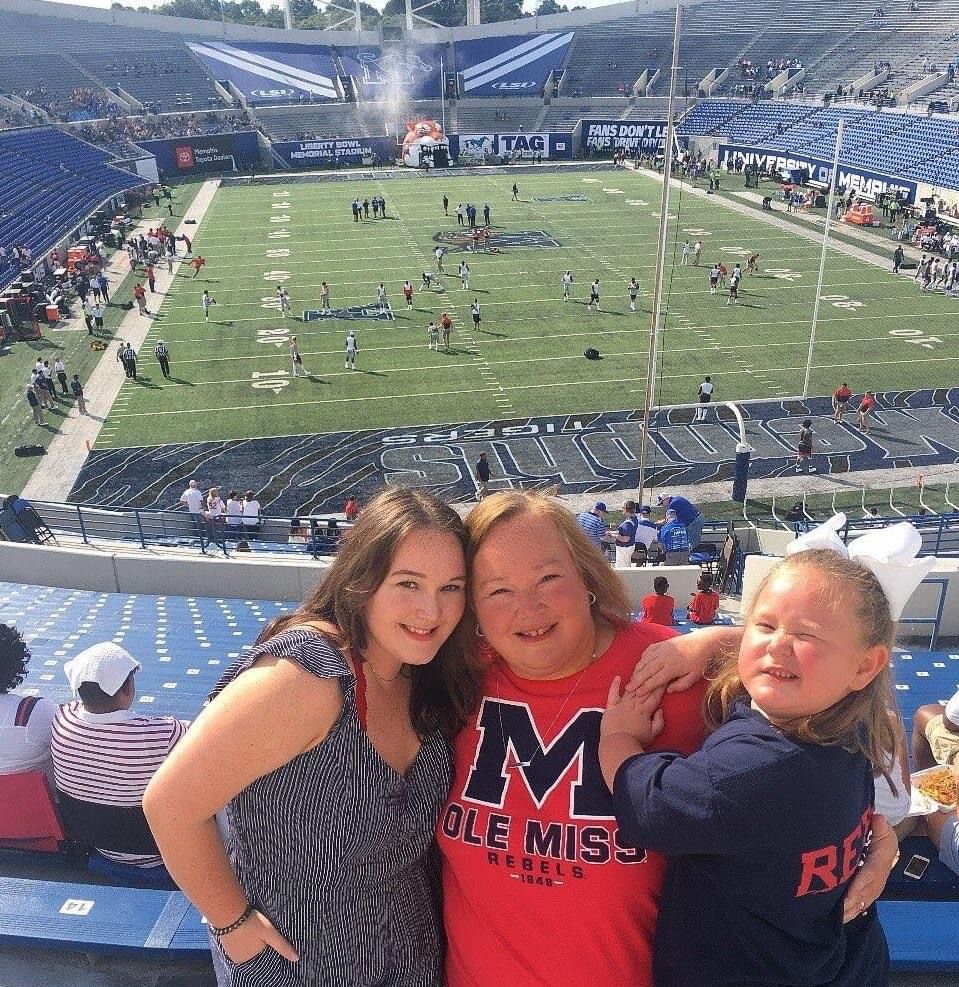 OXFORD • With roughly 1.7 million confirmed COVID-19 cases in the United States, one from Lafayette County is getting special scrutiny.

Doctors are studying the comeback of David Johnson and they’re asking: Why and how?

They’re baffled, but Johnson, 48, who grew up in Cleveland but now lives in Oxford, believes he knows the answer.

“There were a lot of things at work, but I give all the credit and all the glory to God’s grace, because the accounts I get from everybody, that’s the only reason I’m still here,” Johnson said.

Since regaining consciousness after a lengthy time on a ventilator, Johnson had many questions for his doctors. He says they’ve not been able to give him a “medical explanation” for how he beat the virus.

The father of Ole Miss senior center Eli Johnson and a sports journalist with The Ole Miss Spirit of the 247Sports network, David Johnson believes he picked up COVID-19 in Nashville.

His wife Ashley also tested positive. At one point the entire family, which includes Sidney, an Ole Miss junior, and 6-year-old Tori Kate, was quarantined.

The virus, though, had its greatest affect on David Johnson, who was hospitalized at Baptist-Oxford from March 22 until May 11.

Through that time Ashley Johnson – with help and consultation from Dr. Justin Smith of New Albany, David Johnson’s cousin – refused to sign a “Do Not Resuscitate” order. Her wishes could have been overridden by an ethics committee but one committee member out of three voted against the DNR order.

There was never a need to resuscitate, but things remained dicey for several days.

Johnson was hospitalized on a Sunday and felt, as did his doctors, that he would be released soon.

However, by the following Wednesday, Johnson was exhibiting dangerously low oxygen levels. On Day 10 he was placed on a ventilator.

From that point his family began getting daily updates on his rapidly deteriorating health.

It was Day 14 when doctors told Ashley Johnson to be prepared for the worst.

“They allowed one family member to come in and basically say good-bye. That was my oldest daughter,” David Johnson said.

While the family was struggling it was also lifted up by the Oxford and Ole Miss communities, Johnson said.

Eli Johnson was in close contact with administrators and coaches, and both he and Sydney Johnson were in touch with their professors.

Through tears, David Johnson explained, “When things were falling apart for my family, Oxford and the Ole Miss community … they couldn’t have been any better. They wrapped their arms around my family and walked them through this. I couldn’t be more grateful for just everybody.”

It was April 5 – Palm Sunday – when things began to turn in a positive direction. After days of being told that her husband was near death, doctors called Ashley at 9 a.m., with a more uplifting message.

“They couldn’t explain how or why, but I had made some improvement. The next day they got a call that I had shown 48 hours of continued improvement,” David Johnson said.

Along the way, Johnson was treated with hydroxychloroquine. His improvement also coincided with dialysis treatments to boost his failing kidneys.

The long-term impact his fight will have on his lungs remains to be seen, but Johnson is trending up.

He hopes to be cranking out copy on the Ole Miss beat before the start of August camp.

“I came off the vent very easily,” he said. “Once I became lucid I talked to the doctors, but they couldn’t tell me how my body rallied from where it was.”

Season back on the table, Wan'Dale Robinson says Huskers are ready to throw on the pads

Despite strong offensive start, Packers know drops have resulted in ‘a lot of yards left out on the field’

When Big Ten football does return ... 10 Huskers who have fans buzzing