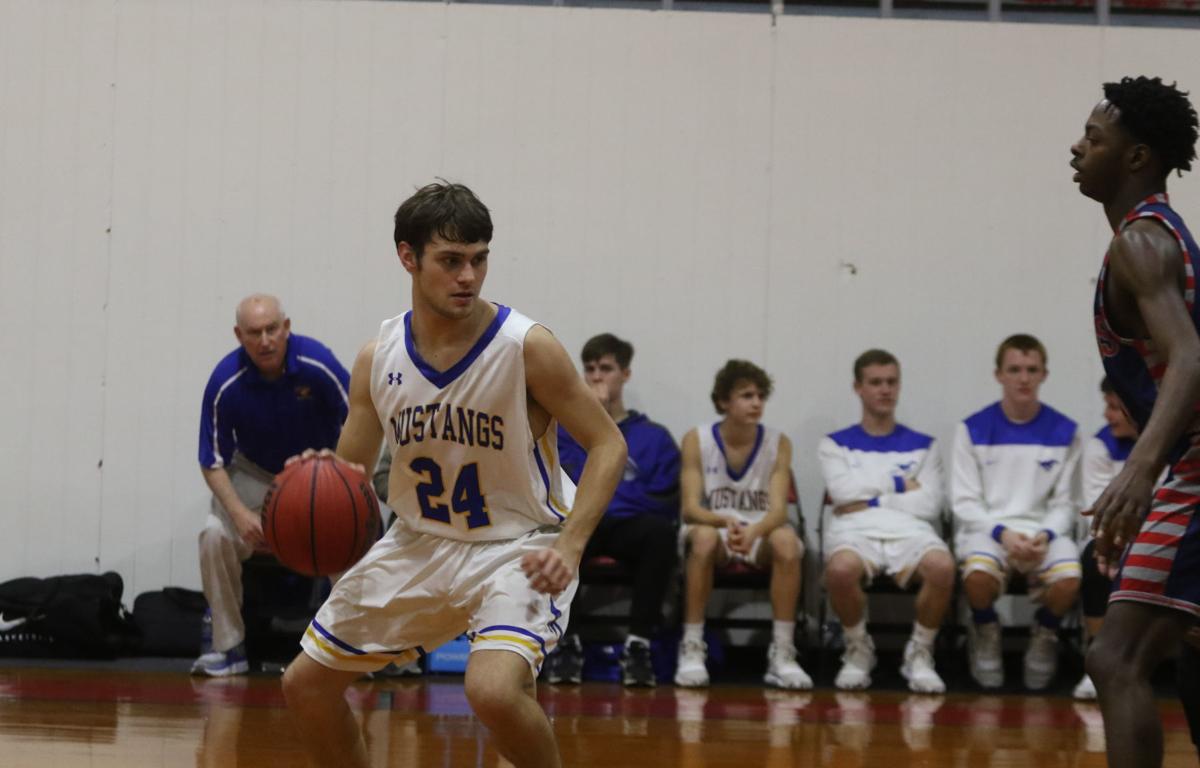 Dylan Bennett scored 15 points during the second and third quarters to help extend the Mantachie lead over Strayhorn. 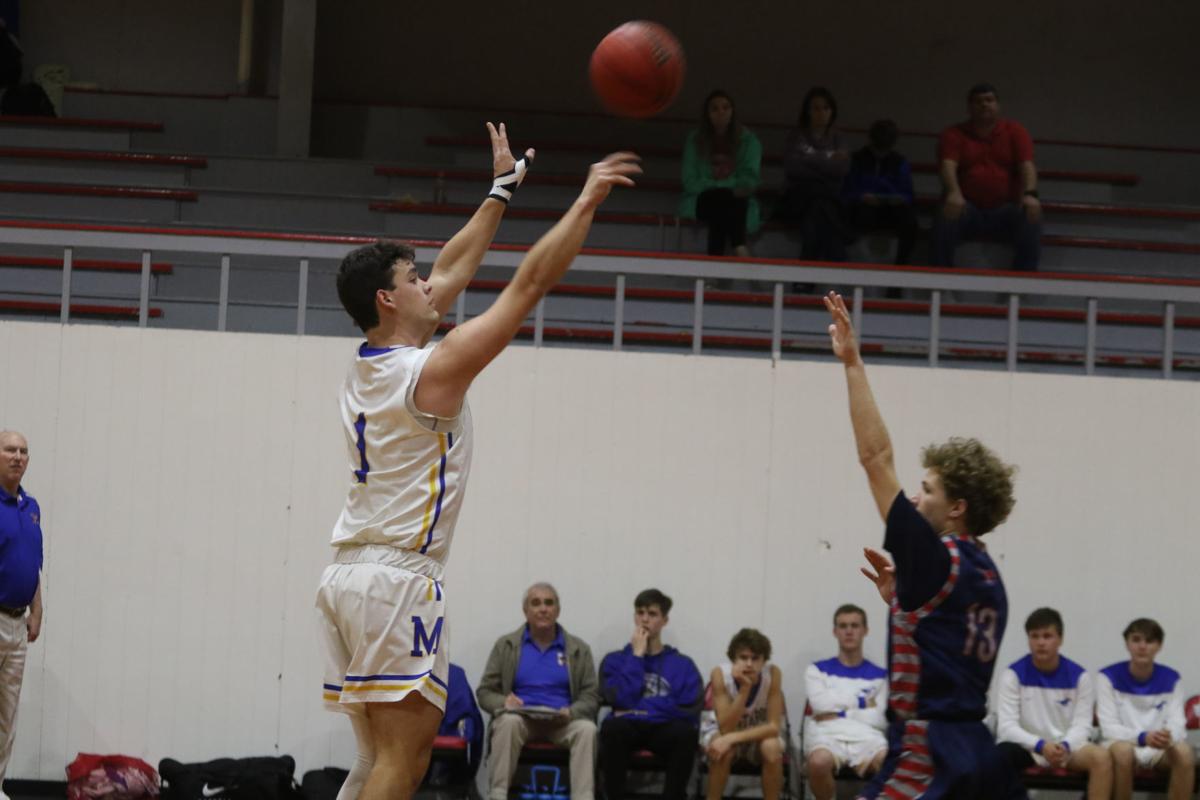 Jake Wiygul shoots a three from the top of the circle for Mantachie.

Madison Jones fires up a three for Mantachie from the wing. Jones scored 14 points for the Lady Mustangs.

McKinley Montgomery led Mantachie with 18 points in the win over Strayhorn.

Dylan Bennett scored 15 points during the second and third quarters to help extend the Mantachie lead over Strayhorn.

Jake Wiygul shoots a three from the top of the circle for Mantachie.

WALNUT - Mantachie and Strayhorn squared off in back-to-back contests in the Division 1-2A basketball tournament, and the Mustangs from Itawamba County came away with the sweep. Mantachie girls won 65-48 and the boys won the nightcap 71-51.

Mantachie girls used a strong run in the third quarter to take their game as they outscored Strayhorn 23-9 and break open a tightly contest game with a 51-34 lead after three.

Madison Jones was red-hot for Mantachie during the quarter as she hit for 11 points.

Strayhorn led 12-11 after the first quarter, but Mantachie took the lead at the half by a 28-25 margin.

Mantachie was led by a quartet of players in double figures. McKinley Montgomery was the leading scorer with 18 points. Darby Pitts hit for 17 points including three 3-pointers. Jones finished her night's work with 14 points and Ella Pitts scored 10 points.

Mantachie outscored Strayhorn 42-27 during the second and third periods to lift the Mustangs to the 71-51 win on Tuesday.

Ross Simpson poured in 15 points during the key quarters while Dylan Bennett added 10 points to help settle the issue as Mantachie built a comfortable lead at 59-37 after three.

Javarion Green and Mike Lanning had 16 points each for Strayhorn.

Badgers in the XFL: Check out performances by former Wisconsin players in Week 3