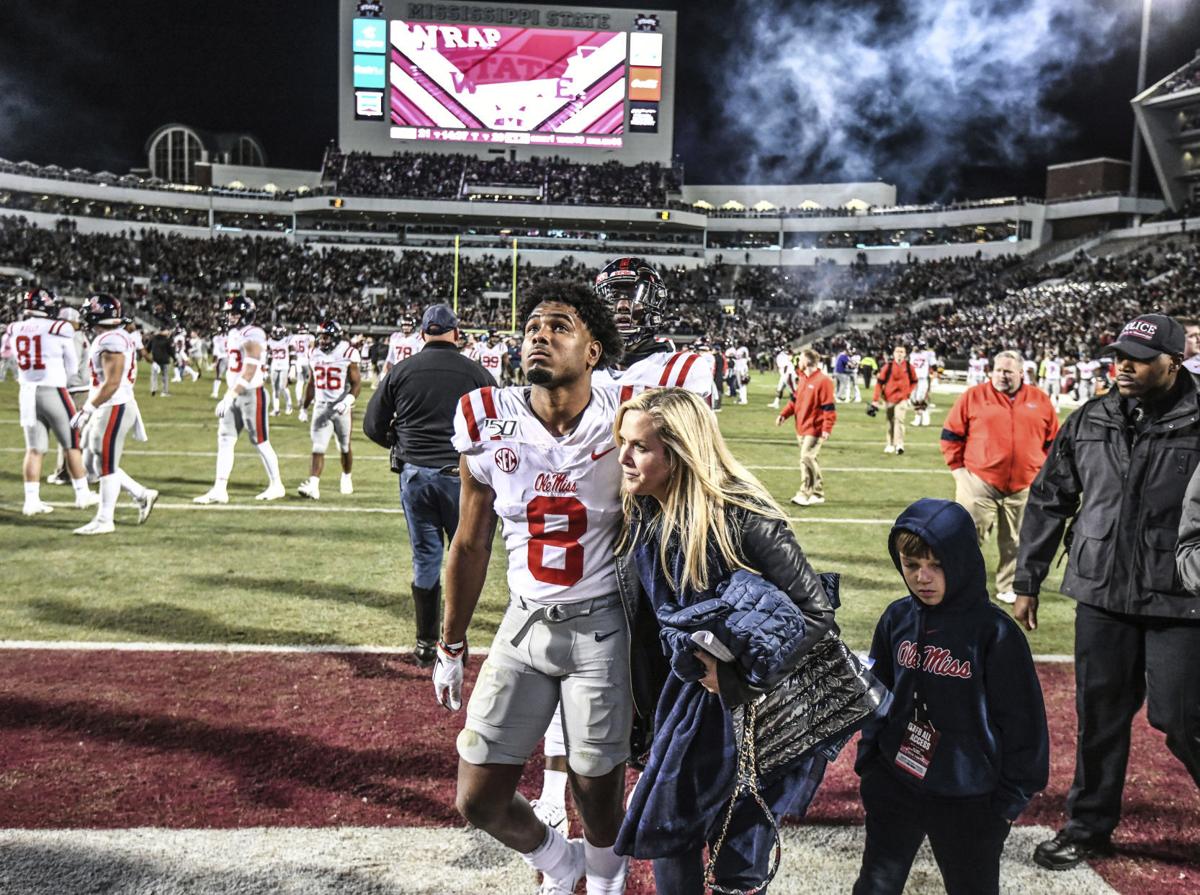 The apologies were issued to Ole Miss fans, not to Mississippi State.

“We want to apologize formally as a program to the Ole Miss family for the disappointing end of Thursday’s game,” Carter and Luke said in the statement. “Elijah is a fine young man who lost control of his emotions in the moment. This incident does not reflect in any way the type of student-athletes on our football team or the culture of respect that permeates our locker room.”

“I apologize to my teammates, coaches and Rebel Nation for my actions at the end of the game. It was an emotional moment, and I deeply regret it.

“It does not represent who I am or who we are as a team, and I will grow stronger from this mistake.”

The Rebels were able to overcome an unsportsmanlike call against Metcalf but not against Moore on Thursday night.

His penalty removed all possibility of a two-point conversion attempt for the win, though Luke already had his PAT team on the field.

It also forced sophomore kicker Luke Logan, who had missed four of his last seven field goal attempts, to hit a 35-yard extra point with the game on the line.

Carter and Luke praised the “discipline” of the Ole Miss program.

The 2019 game including occasional chest-bumping and staredowns – at least once game officials stepped between players – but no fight.

“Discipline is a staple of our program as evidenced by being the least penalized team in our league, and we will continue to uphold an uncompromising standard of behavior on and off the field. In maintaining our team’s high level of accountability, we will address the matter and disciplinary action will be handled internally,” the release said.

The most current release of SEC football statistics shows that Ole Miss and Arkansas are tied for the least number of penalties against with 54 each.

The Rebels are third in penalty yardage against at 50.1 yards per game.