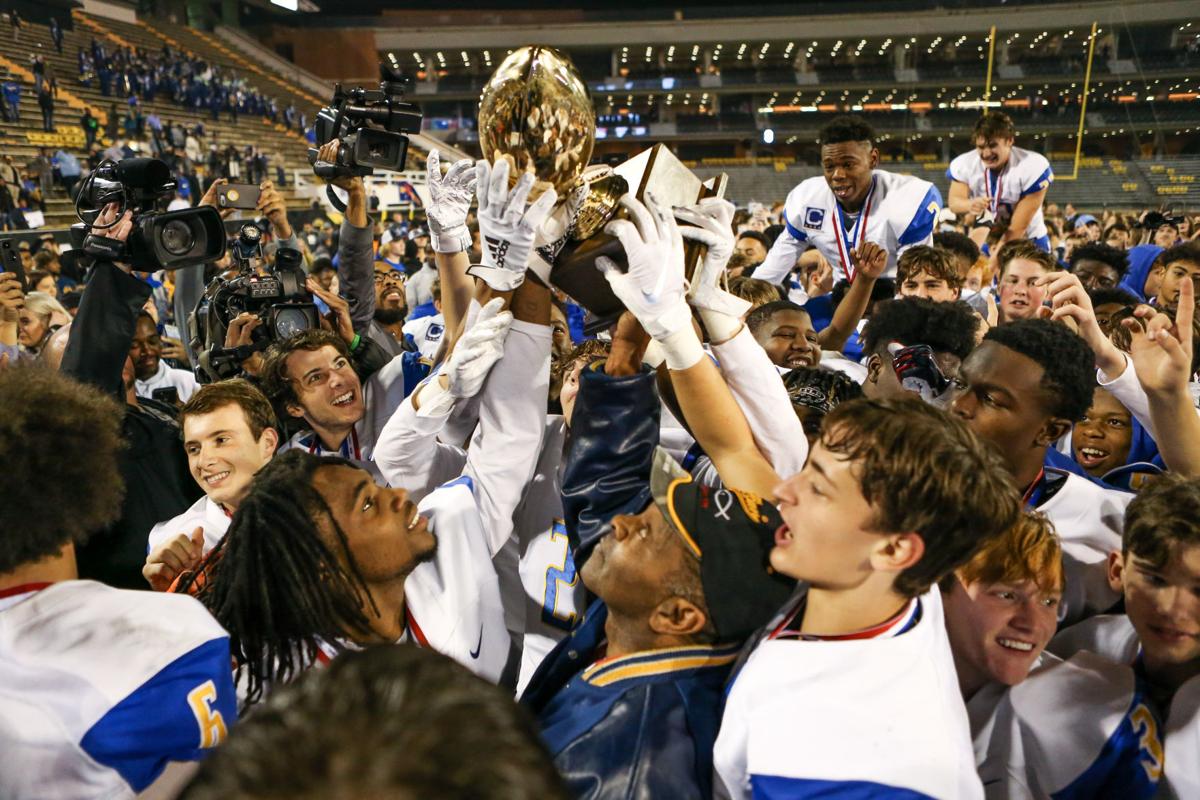 Oxford players celebrate with the MHSAA Class 6A trophy after Friday night’s victory, which saw the Chargers rally from a 21-3 halftime deficit. 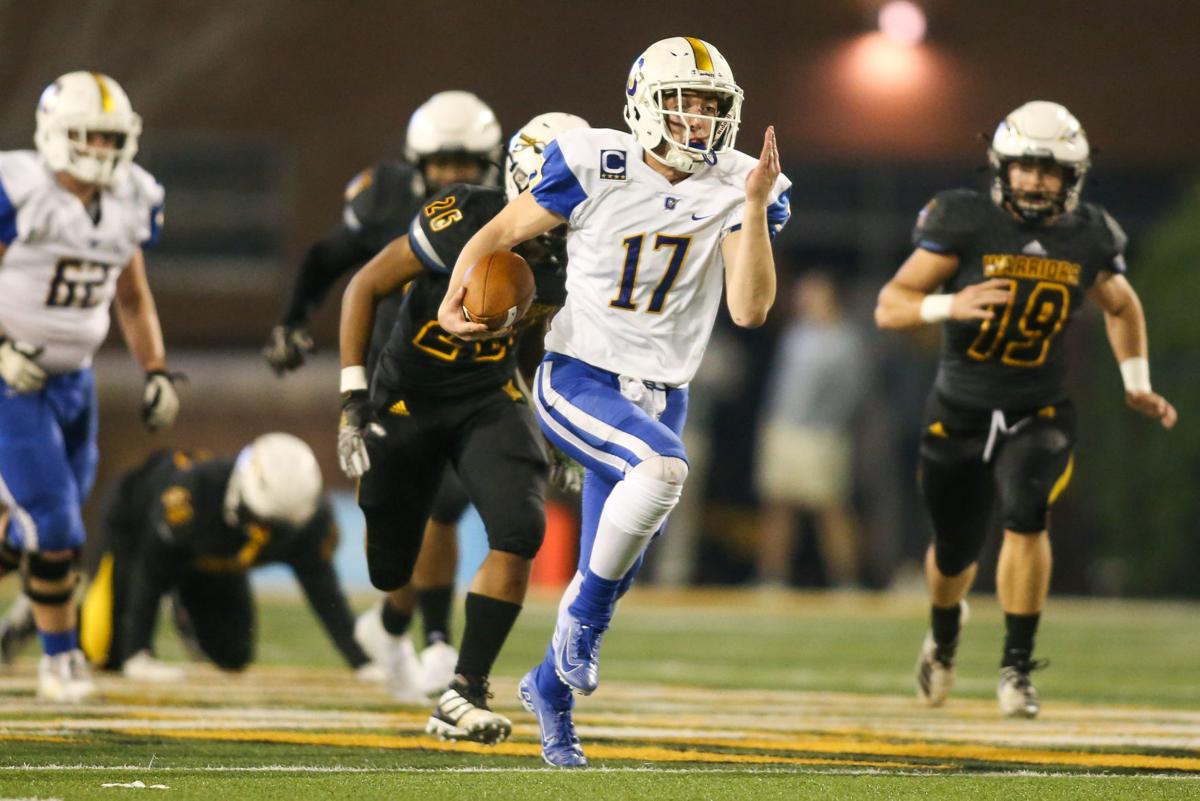 Oxford quarterback John Meagher runs for a big gain against Oak Grove in the first half. He rushed for 152 yards and passed for 110 more. 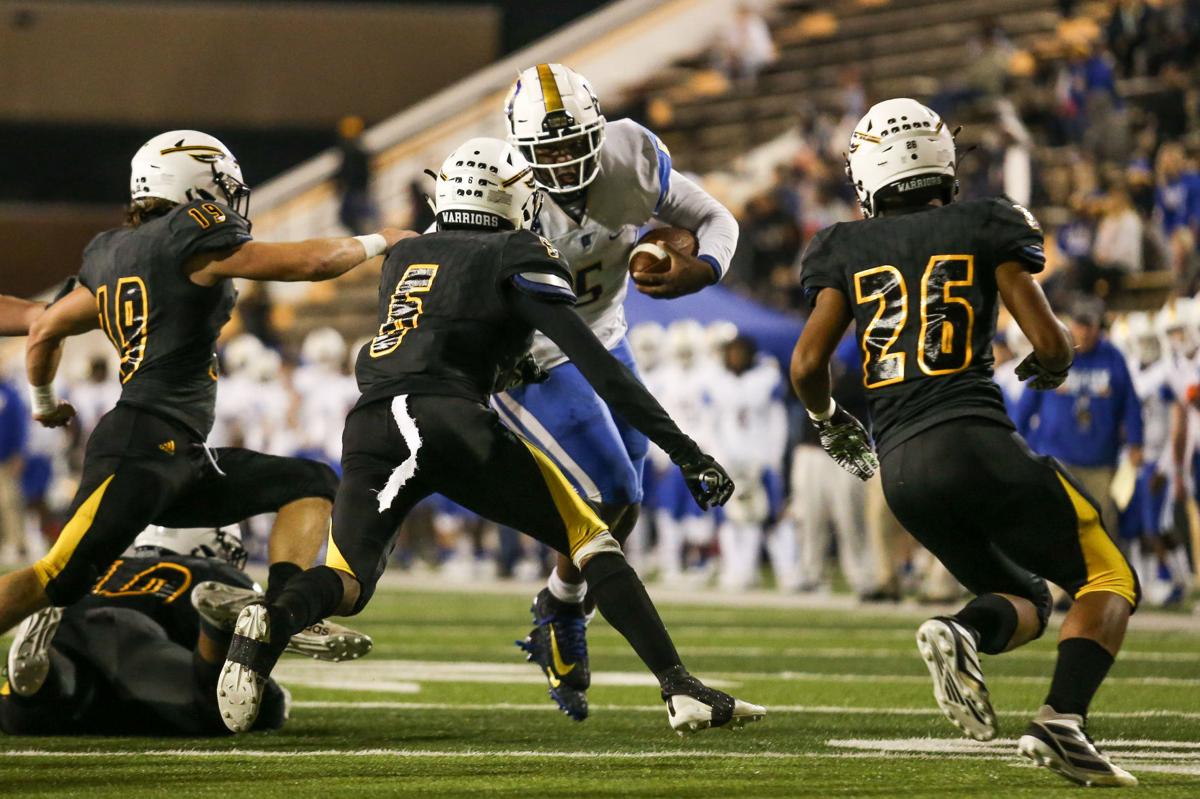 Oxford players celebrate with the MHSAA Class 6A trophy after Friday night’s victory, which saw the Chargers rally from a 21-3 halftime deficit.

Oxford quarterback John Meagher runs for a big gain against Oak Grove in the first half. He rushed for 152 yards and passed for 110 more.

HATTIESBURG • The Oxford Chargers used a furious second- half rally to win the first state championship in program history.

Oxford beat Oak Grove, 31-21, for the MHSAA Class 6A state title on Friday night. The Chargers were down 21-3 at halftime, but scored 28 unanswered points in the second half on the way to victory.

It was Oxford’s fifth appearance in the title game and first since 2015.

“This is so special for our program,” Oxford coach Chris Cutcliffe said. “There’s so many people who have poured a lot into this. This is the 50th season of Oxford Charger football and we’ve come up short four times. To finally get it done just means so much.”

Oxford (14-1) entered the game with the best scoring defense in Class 6A, and held the high scoring Warriors (10-4) scoreless in the first quarter. Jack Tannehill booted a 27-yard field goal to give Oxford an early 3-0 lead.

In the second quarter, Oak Grove found its groove and torched Oxford for three touchdowns, two from quarterback Damon Stewart, to take a 21-3 lead at the break. Oxford was held to 86 yards in the first half.

The Chargers came out with a new life in the second half and scored on their first possession. Quarterback John Meagher found star JJ Pegues for a 62-yard touchdown pass, then the Oxford defense forced a punt.

Meagher then did damage with his legs, and cut the lead to 21-16 with a 23-yard touchdown run. With all the momentum, the Chargers’ defense got back to form and forced four turnover-on-downs on consecutive drives.

Following two of those turnovers in the fourth quarter, Meagher connected with Pegues for a 21-yard touchdown to give Oxford the lead, then Meagher iced the game with a 25-yard touchdown run with 2:20 left.

“We got in at halftime and everyone was real down, but that is this team in a nutshell,” Meagher said. “Everyone fights for each other to the death and there is absolutely no selfishness and we came out on fire. It took literally everybody to get it done, and we got it done.”

Turning Point: Oxford held strong on back-to-back plays on the 1-yard line with a goal line stand and forced a turnover on downs. The Chargers then traveled 99 yards on five plays, capped off by a touchdown pass from Meagher to Pegues, to take a 24-21 lead with 4:52 left in the game.

Talking Point: “I can’t say enough about those two as people, as leaders, and as young men. They are just phenomenal and they are exactly what you want your sons to be. I hope my sons grow up to be like them.” – Cutcliffe, speaking of Meagher and Pegues.

Red Zone podcast: How the Badgers will fare in the NFL draft and how the hoops team hitting the homestretch

Get to know the Wisconsin Badgers' 2020 basketball scholarship recruits