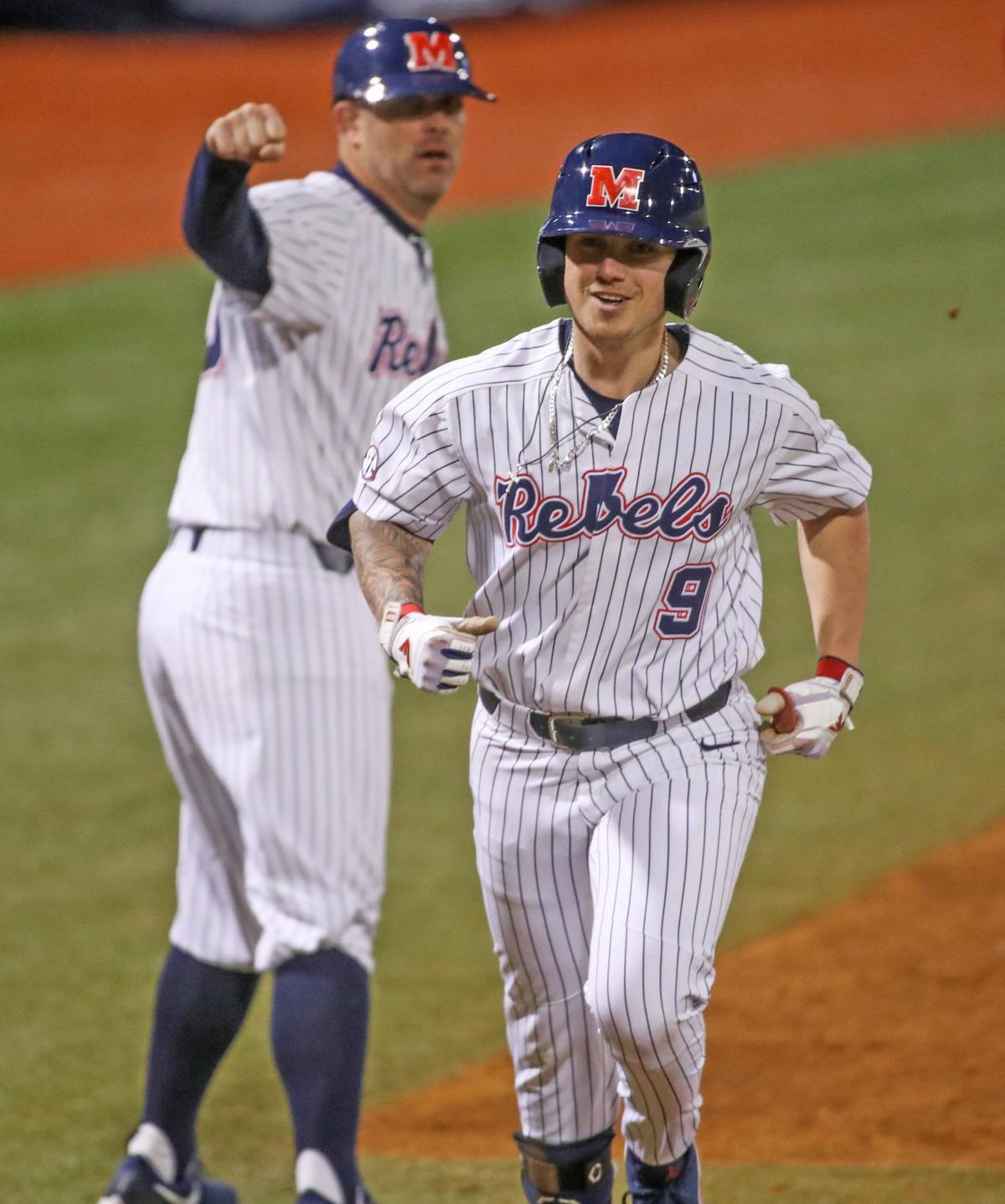 Hayden Leatherwood rounds the bases after a two-run home run in the seventh inning against Southern Miss on Tuesday.

Cael Baker celebrates at second after a fifth-inning double, one of three extra-base hits, against Louisville on Saturday.

The first two pitchers in the game for Southern Miss on Tuesday night were young arms who’d recently had the flu.

The Rebels didn’t mash doubles off the wall, split the outfielders and take extra bases, or do enough to make you be impressed by their offense. It happens.

They did enough to win, which is the most important thing, and while it wasn’t the best night for the batters, when Hayden Leatherwood came to the plate with a man on in the seventh he brought something with him.

Because in this still young baseball season Leatherwood had hit before. So had Ben Van Cleve, and so had Cael Baker.

So when Leatherwood got all of a Matthew Adams change-up for his second home run of the season the Rebels were able to take a 4-3 lead and hang on for six more outs.

It’s not uncommon to see a junior college pitcher make a quick transition to Division I baseball and get big outs.

It is uncommon to see junior college hitters come in and take up where they left off at a previous level.

You can see those guys get streaky, but this Ole Miss team needs more than that. With so many holes to fill from a signing class that won 89 games in its last two years the Rebels need consistency.

As they continue to figure things out – and opponents figure them out – these guys are going to have to make adjustments along the way to remain relevant … perhaps as soon as this weekend against No. 21 East Carolina and Indiana in Greenville, North Carolina.

There will be highs and lows.

Baker’s big frame, big personality and big bat made him an overnight fan favorite when he had four hits and two home runs in Game 2 against Louisville.

Baker’s going to have to be an ace at pitch recognition and make sure he gets off his best swing in his limited opportunities in each at-bat.

The junior college hitters, so far, have been ahead of most of the true freshmen.

Baseball is a game of failure, and there’s going to be a lot of that, but in this very small sample size there are three guys getting off good swings which means no guy feels all the pressure.

It’s been a good start for the Juco Trio, and the Rebels need to play it forward.