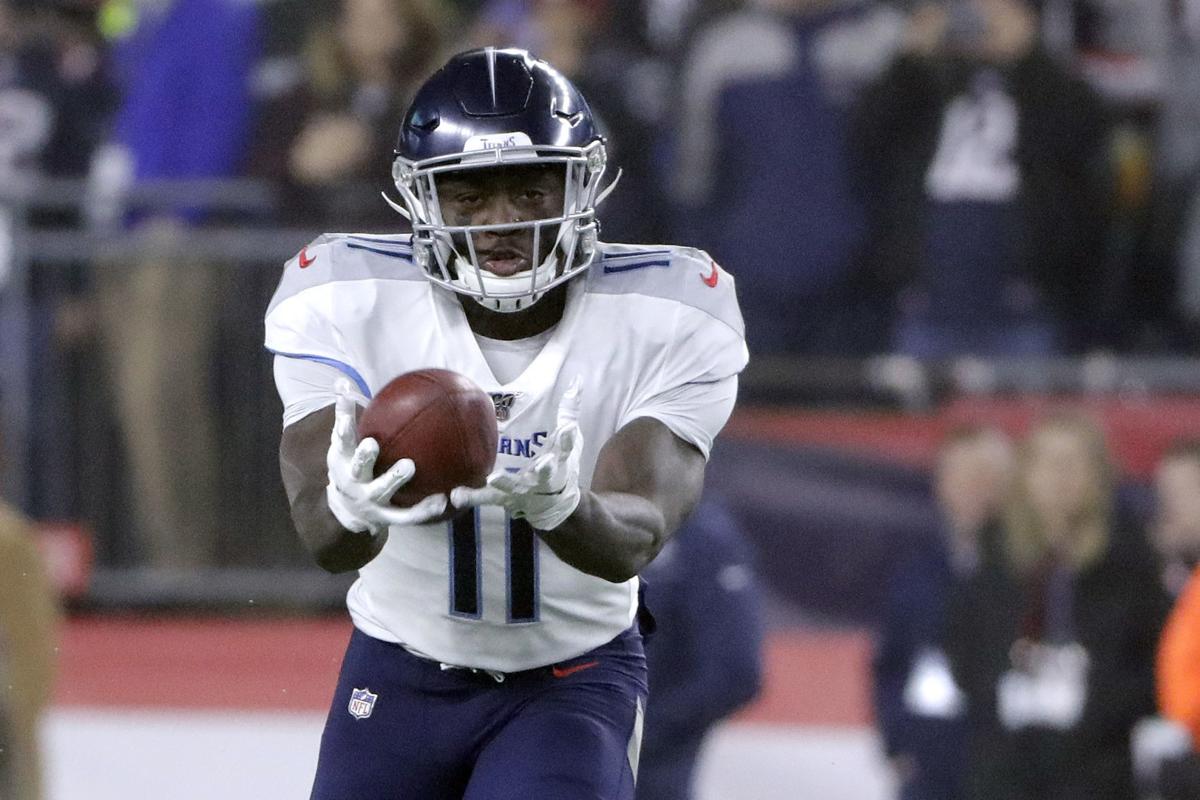 It’s been fun to watch NFL rookies from Ole Miss excel this season.

Former coach Matt Luke wasn’t far off the mark in the summer of 2018 when he talked about his “three NFL receivers.”

What’s transpired has been the emergence of two receivers – two very good ones – and a tight end.

Luke had DaMarkus Lodge, a very productive college player, in mind as his third receiver, but Lodge wasn’t able to stick in a free-agent run with Tampa Bay.

A.J. Brown, DK Metcalf and tight end Dawson Knox were all in the NFL playoffs last weekend. Brown and Metcalf are still alive and could face one another if the Tennessee Titans and Seattle Seahawks make improbable Super Bowl runs.

Knox, vastly underutilized in his final season at Ole Miss, did stick with the Buffalo Bills and had 28 catches for 388 yards and two touchdowns in the regular season.

His lone catch in the Bills’ playoff loss at Houston went for 14 yards and a first down on a third-down play.

Brown is considered one of the leading candidates for NFL Rookie of the Year after posting 1,051 receiving yards and becoming just the fourth rookie since 1970 with at least four touchdown catches of 50-plus yards.

He did this playing in an offense that featured the NFL’s leading rusher.

Metcalf’s regular season was equally impressive with 58 catches for 900 yards and seven touchdowns. He caught the nation’s attention with a record performance of seven catches for 160 yards and a touchdown as the Seahawks eliminated the Eagles.

The question I’ve heard many times and one that has buzzed the phone lines at Daily Journal World Headquarters is this: How did Ole Miss go 5-7, 1-7 in SEC play, with this collection of talent in 2018?

Well, it had little to do with these players.

The ball didn’t find its way to Knox enough, even with three talented receivers around him, but the passing game was not the Rebels’ issue.

Brown led the SEC in receiving yards, yards per game and receptions.

Metcalf made big catches before a neck injury against Arkansas in Little Rock ended his college career and put his pro future in doubt.

Some have written that Metcalf wasn’t impactful enough in college, but it’s hard to make an impact when you’re not healthy, and he was fully healthy for just one season, 2017, when he made 39 catches and made big plays in the Rebels’ biggest wins at Kentucky and at Mississippi State.

The Rebels went 5-7 because when the field shrunk the passing game was less effective, and they kicked more red zone field goals than all but two other teams.

When there was less space to play with, scheme and the inability to adapt worked against Ole Miss.

When there was space, the scheme highlighted a deep and talented group of receivers – and the NFL is seeing that talent now.