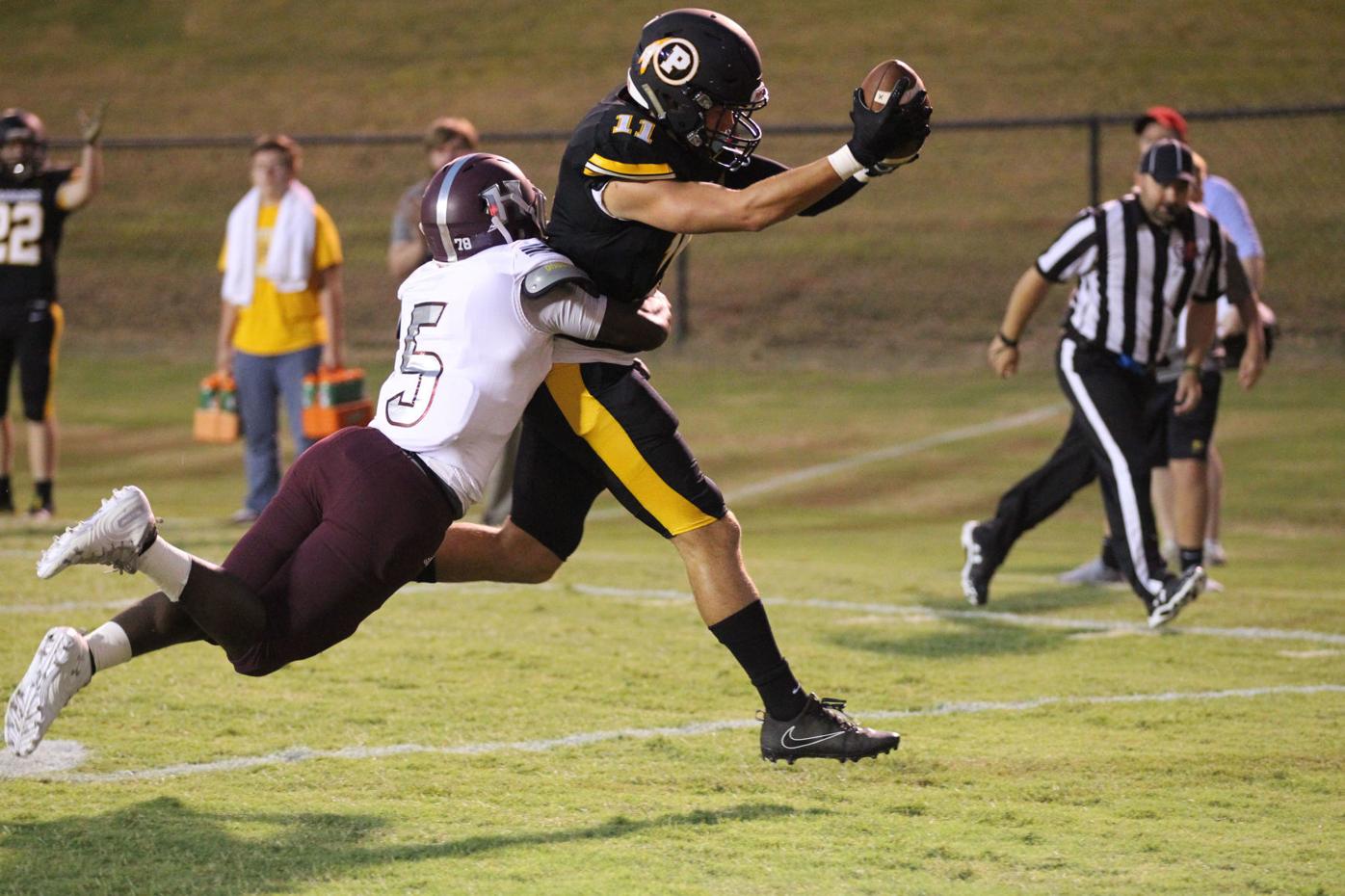 Pontotoc’s Cade Armstrong reached the end zone to put the Warriors up 7-0 over Houston on Friday night. 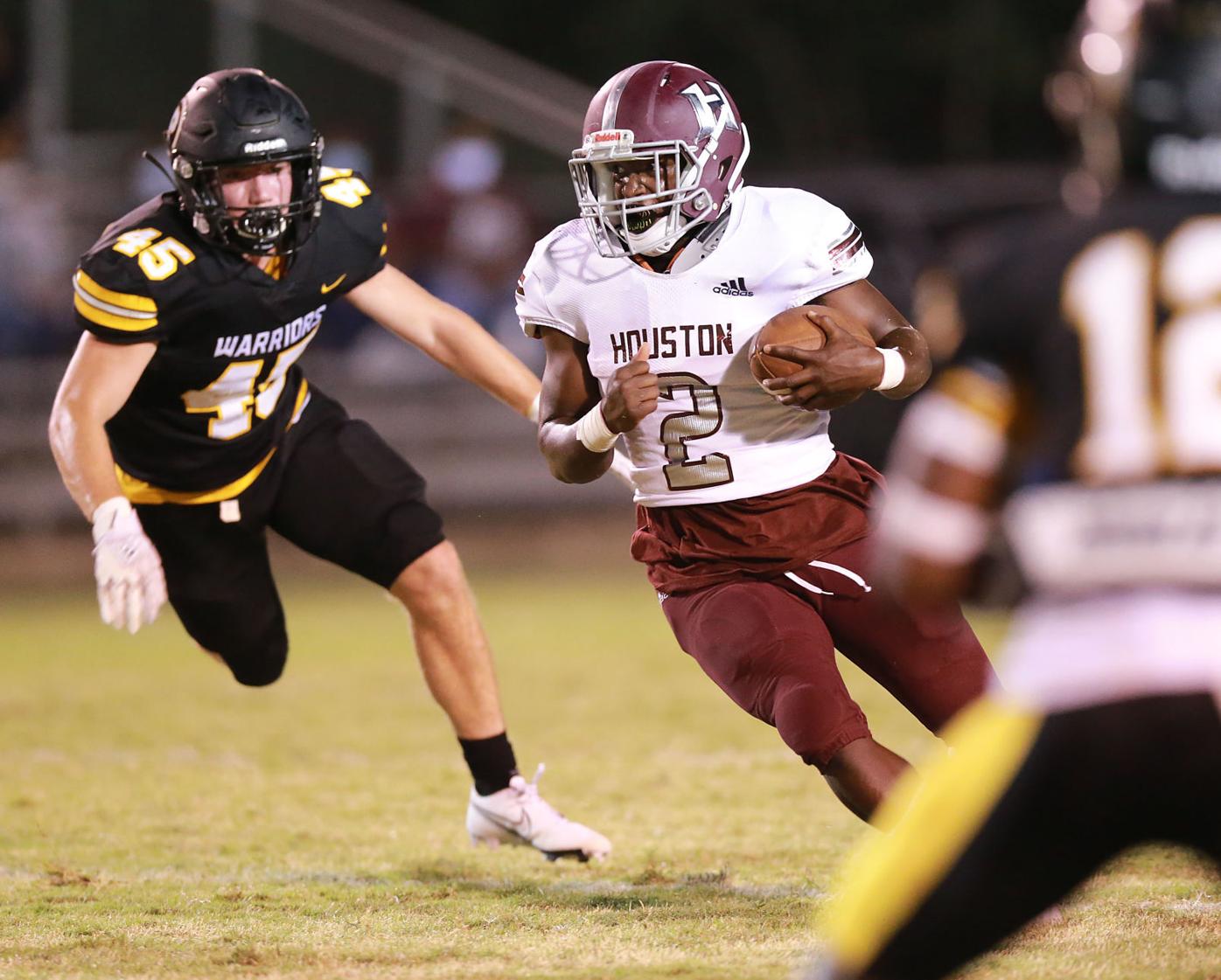 Pontotoc’s Cade Armstrong reached the end zone to put the Warriors up 7-0 over Houston on Friday night.

PONTOTOC • As usual, it was a slugfest between Pontotoc and Houston on Friday night. The host Warriors took control with 21 fourth-quarter points to come away with a 28-12 victory over the Hilltoppers.

Despite a good night from Houston quarterback Red Parker, who threw for 133 yards and ran for 96, Pontotoc’s defense limited the Toppers’ trips to the end zone, holding them scoreless from the 9:36 mark of the third quarter on.

“Our defense did a great job of stepping up and getting some stops,” said Pontotoc head coach Jeff Carter.

Pontotoc (2-1) took the opening drive of the game down the field to paydirt. After marching 67 yards in 10 plays, Conner Armstrong found brother Cade Armstrong for a 4-yard TD to put the Warriors up 7-0.

The Hilltoppers got the ball near midfield late in the first and capitalized after their own clock-chewing drive. Parker punched it in with a 4-yard score to pull the Hilltoppers within 7-6.

Houston (1-2) pulled ahead early in the third. Jalen Washington broke free for a 14-yard touchdown to give the Hilltoppers a 12-7 advantage. Neither team could get anything going the remainder of the quarter.

Early the fourth, Pontotoc’s ground game found its footing. Jordan Ball scored on a 3-yard run to give the Warriors a 14-12 lead. After a quick three-and-out from the Hilltoppers, the Warriors rushed every play on a 57-yard drive that was capped off by a 9-yard TD by Ball with 3:45 remaining.

The Warriors’ Nic Townsend ended any comeback attempt with a interception, leading to Ball’s third rushing TD of the final quarter.

Turning Point: Pontotoc took a 14-12 lead with 7:22 to play on a TD by Ball, its first touchdown since the opening quarter.

Talking Point: “Ball was the MVP of the night. He made a lot of plays on both sides of the ball.” – Pontotoc coach Jeff Carter