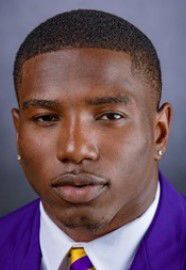 While many college football conferences discussed playing games in the spring due to COVID-19 concerns, few took the leap.

But the Southwestern Athletic Conference did.

The SWAC announced on July 20 that it was “formalizing plans” for a spring schedule.

The plan includes a six-game conference schedule with teams having the option to play one additional game.

Some SWAC players see the Power Five Conferences and others preparing to play in the fall – albeit in a modified fashion – and wonder why they can’t also play then.

“I feel like if other schools can play, those SEC schools and ACC schools, if they get the opportunity to play, I feel like we should be able to play,” said Alcorn State defensive back Juwan Taylor.

He was the defensive MVP of the SWAC championship game last year with an interception, a forced fumble and a career-high 11 tackles.

Taylor believes he needs more games like that to impress NFL scouts.

“Seniors like myself, we’re worried about losing games, about reduced numbers. We need all the numbers we can get being at a small black college.”

McIntosh will be a junior defensive lineman with Jackson State. He doesn’t like the idea of playing two football seasons in one calendar year.

When he heard news of the SWAC’s decision McIntosh was “kind of worried.”

“I don’t think the body can hold up to that. I think I need a longer break to get my body right and get back into football shape.”

The grind of a fall football season leaves him “tired, exhausted,” McIntosh said.

McIntosh appeared in 10 games for the Tigers in 2019 finishing with 35 tackles, a half sack and three tackles for loss.

He’s currently training in the area, often with Shannon coach Darryl Carter. He’ll likely stay here for the fall semester as JSU football players will not report to campus and will take their courses online.

The distance learning allows McIntosh to consider spending some time with his brother in Arizona and training there.

Alcorn players were set to report to campus on Aug. 17. They will still report but not until after Labor Day.

Taylor said he would “not really” feel safe about playing in the fall but would be willing to take the risk and attempt a closer-to-normal senior year.

“I would be willing to go through certain precautions to play,” he said.

Now SWAC players will work on strength and conditioning and try to make the best of an abbreviated spring season.

“I think we can adapt,” Taylor said. “We’ll use the time to our benefit and keep working on the little things.”