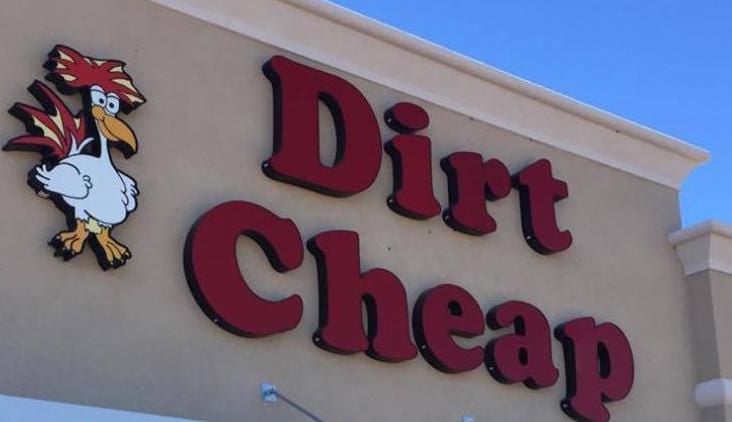 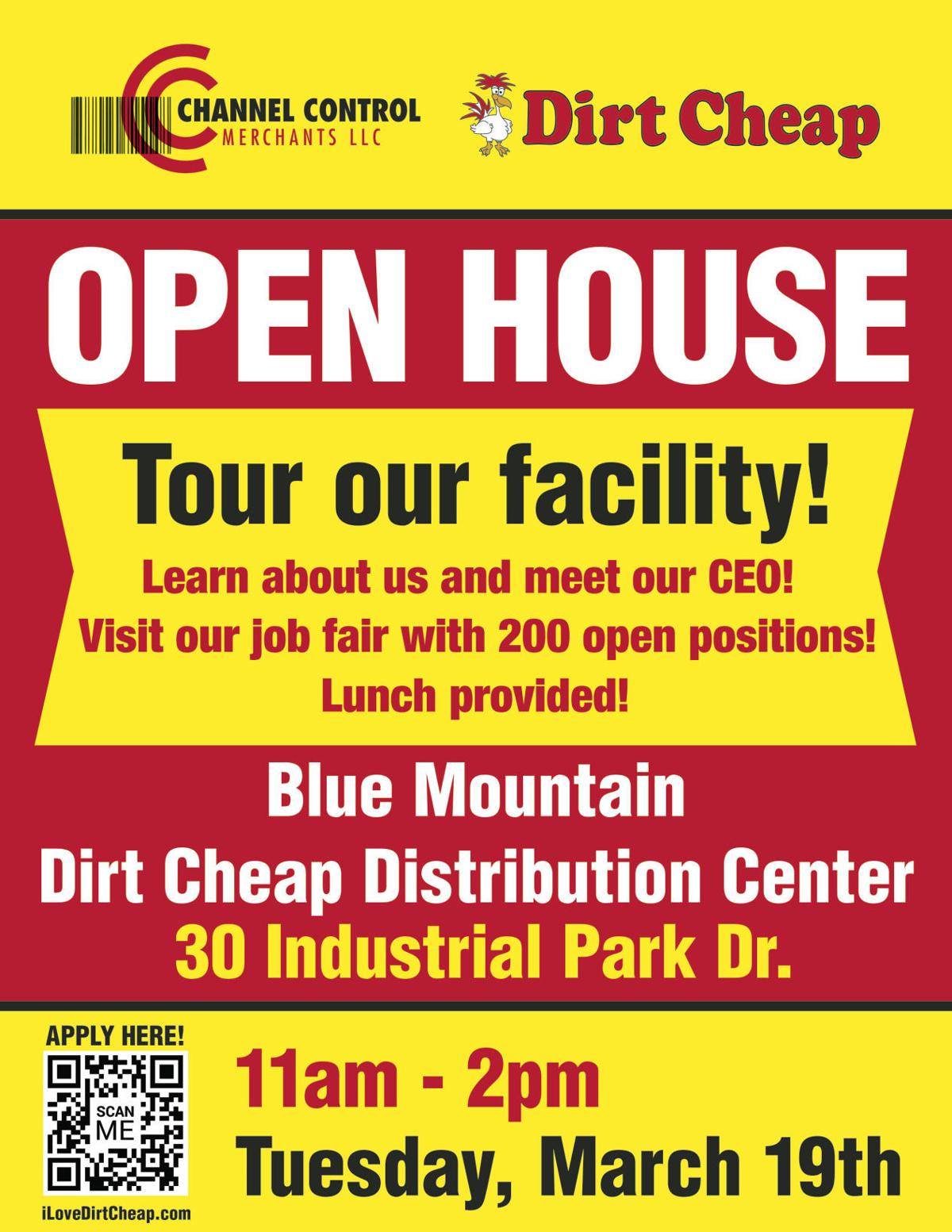 On Tuesday, March 19, the company will host an open house and job fair at the Blue Mountain location, 30 Industrial Drive, from 11 a.m.–2 p.m. Dirt Cheap CEO Rob Lynch will make a presentation, facility tours will be given, and lunch will be provided.

"This commitment of 200 plus jobs from Channel Control Merchants LLC (Dirt Cheap Distribution), will have a great impact on the city of Blue Mountain and also the entire county as well as the surrounding communities,” said Tippah County Development Foundation Executive Director Chris Lewellen.

The job increase is a direct result of Dirt Cheap's plans to open more retail stores in the coming year. Dirt Cheap purchases liquidations, overstocks, out of season goods, customer returns and closeouts from manufacturers, distributors and other retailers. At their distribution centers, the purchased items are processed and then shipped to their retails stores. The company is also adding jobs to their Hattiesburg and Waco distribution facilities.

The company will be hiring in merchandise processing, forklift drivers, and there will be supervisor opportunities. They will also add a weekend shift. The weekday shift hours at Dirt Cheap Distribution Center are Monday – Friday 6:45 a.m. – 3:15 p.m (first shift) and 3:30 p.m. – midnight (second shift). The first and second weekend shifts will be the same hours on Saturdays and Sundays. Company officials said the weekend shifts are a great opportunity for students, those wanting to supplement their income or those who are under employed.

"The Blue Mountain facility is our biggest and most important distribution center," said Dirt Cheap CEO Rob Lynch. The 1.2 million-square-foot warehouse serves 50 of their retail stores and employs 575 people.

Tuesday’s open house will be an opportunity for job seekers, area dignitaries and the public to see how the distribution center works.

"We want to be connected to the community," continued Lynch. "I would like civic leaders, town officials, religious leaders, and community members to join us Tuesday to see what a great company we are and what great opportunities we offer. We want people to feel good about referring employees to our company."

Lynch said that their company motto is to provide really desirable, name-brand products of extreme value. "We always try to help our customers stretch their hard-earned dollars."

Steverson said he is proud the company is once again adding more jobs for the community. He said the Blue Mountain operations have been a key part of Dirt Cheap's plan for retail expansion in Alabama, Mississippi and Tennessee as it serves outlets within a four-hour radius of Blue Mountain.

“We are grateful for this long-term commitment,” continued Lewellen. “We have had a great relationship with Channel Controls LLC (Dirt Cheap Distribution) over the past ten years and look forward to continuing and growing this relationship for many years to come."

Dirt Cheap was started 75 years ago by the Hudson family in Hattiesburg. They currently have over 130 stores all over the South, California and in Canada. They sell wholesale internationally as well. Over the past 30 years the business has expanded, growing to be the largest buyer of insurance claims in the United States. The retail stores sell clothing, shoes, housewares, electronics, furniture, bed and bath linens, home décor and more. All retail items are processed through their distribution centers.