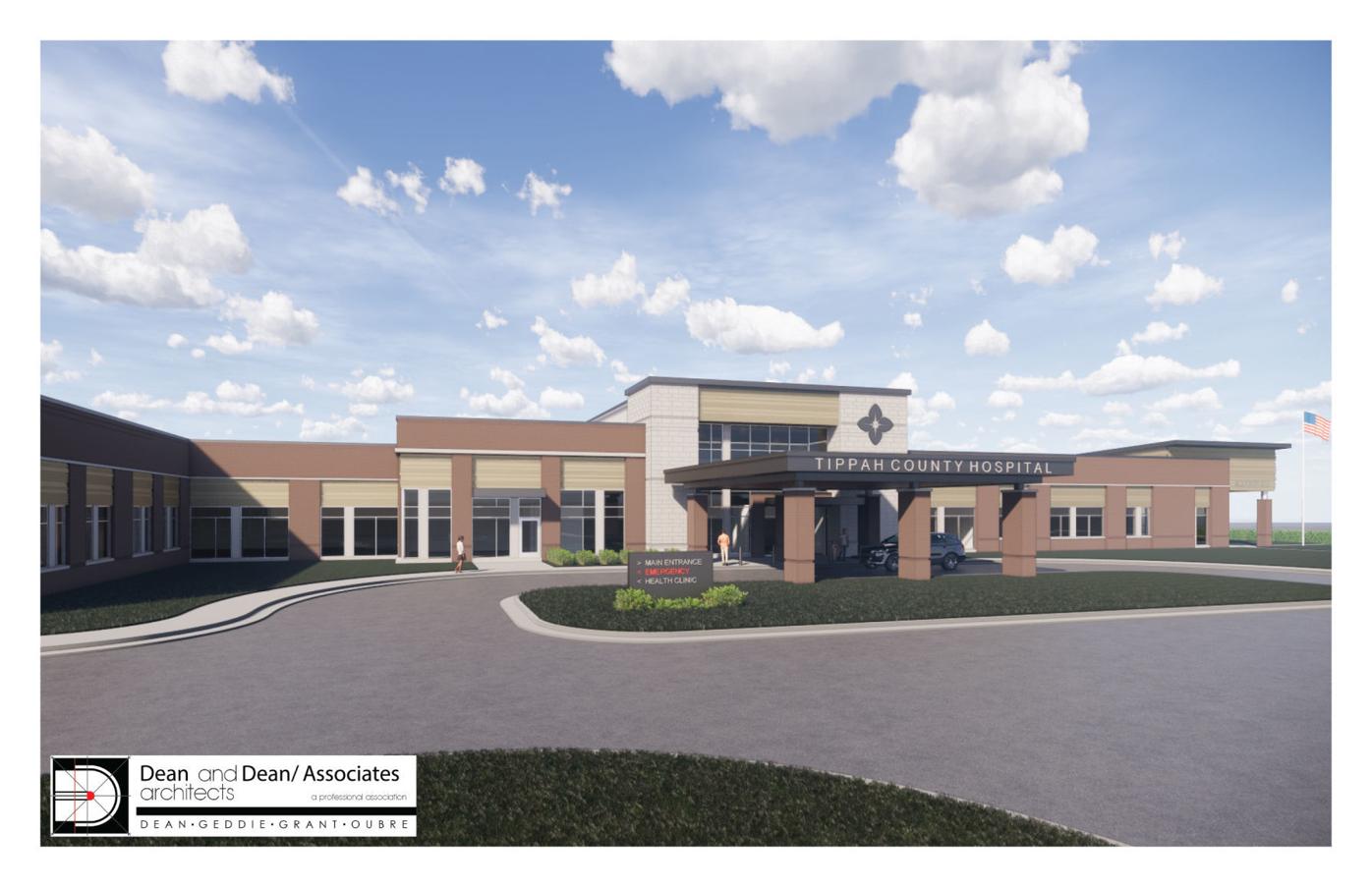 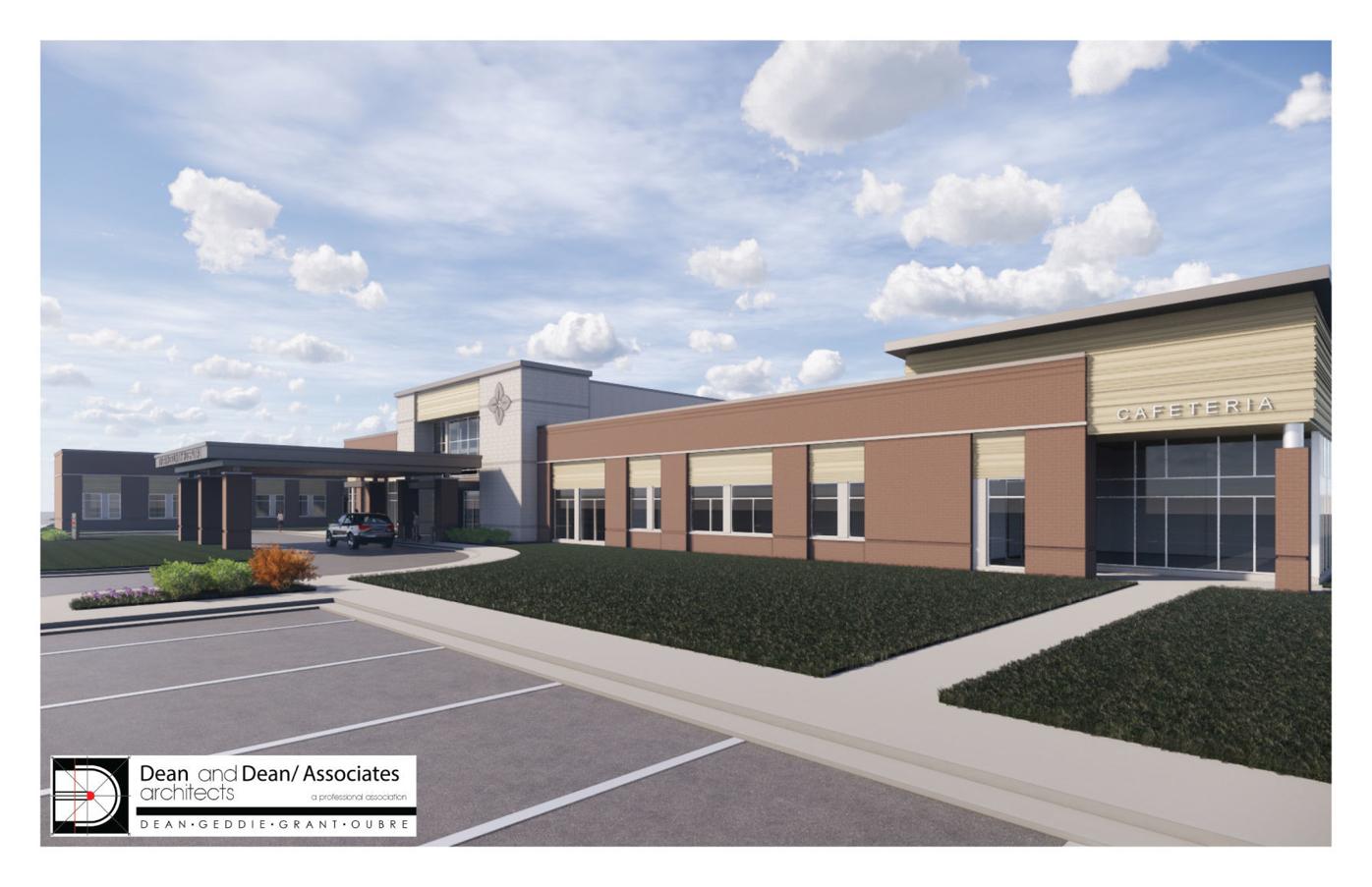 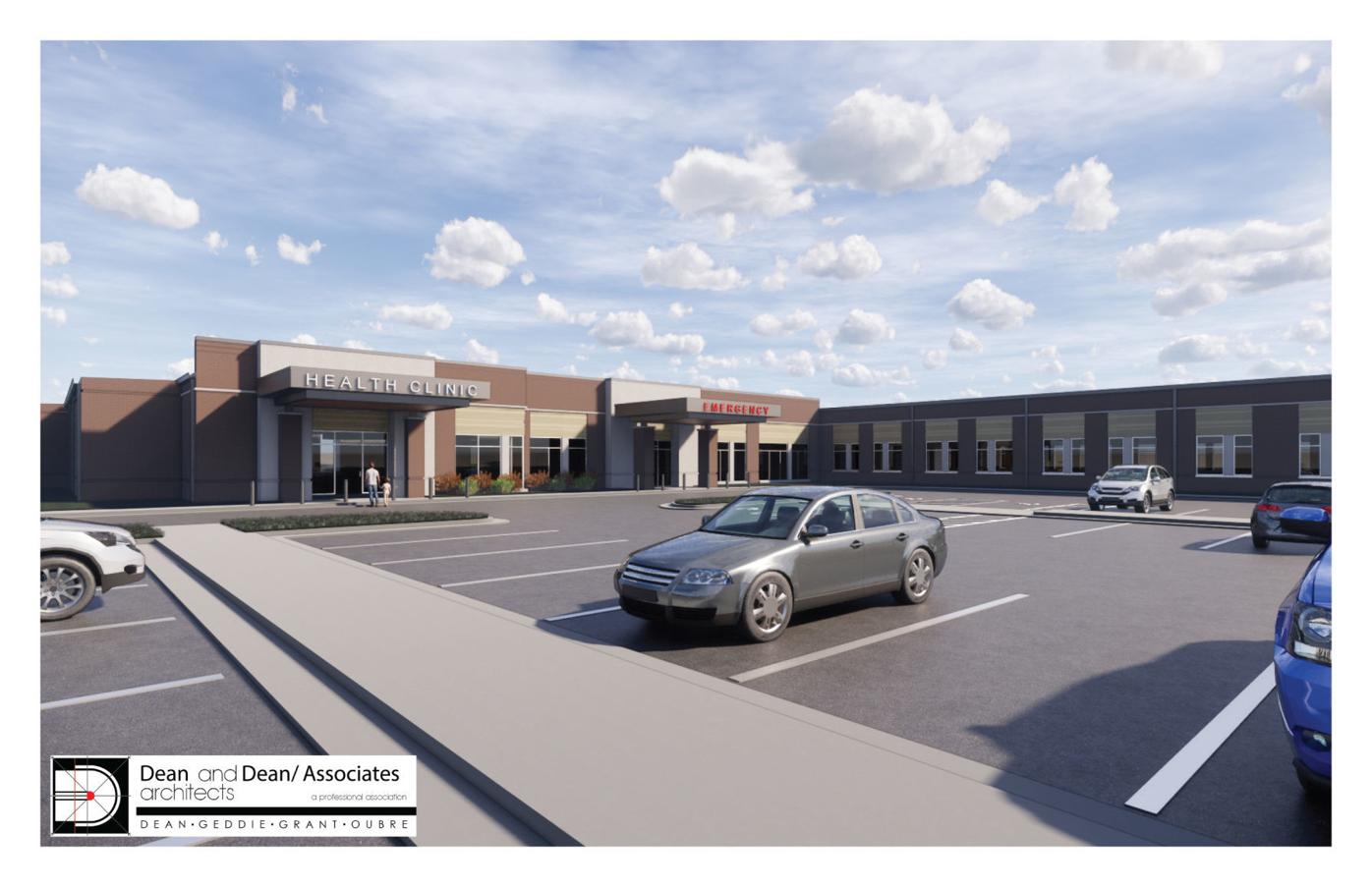 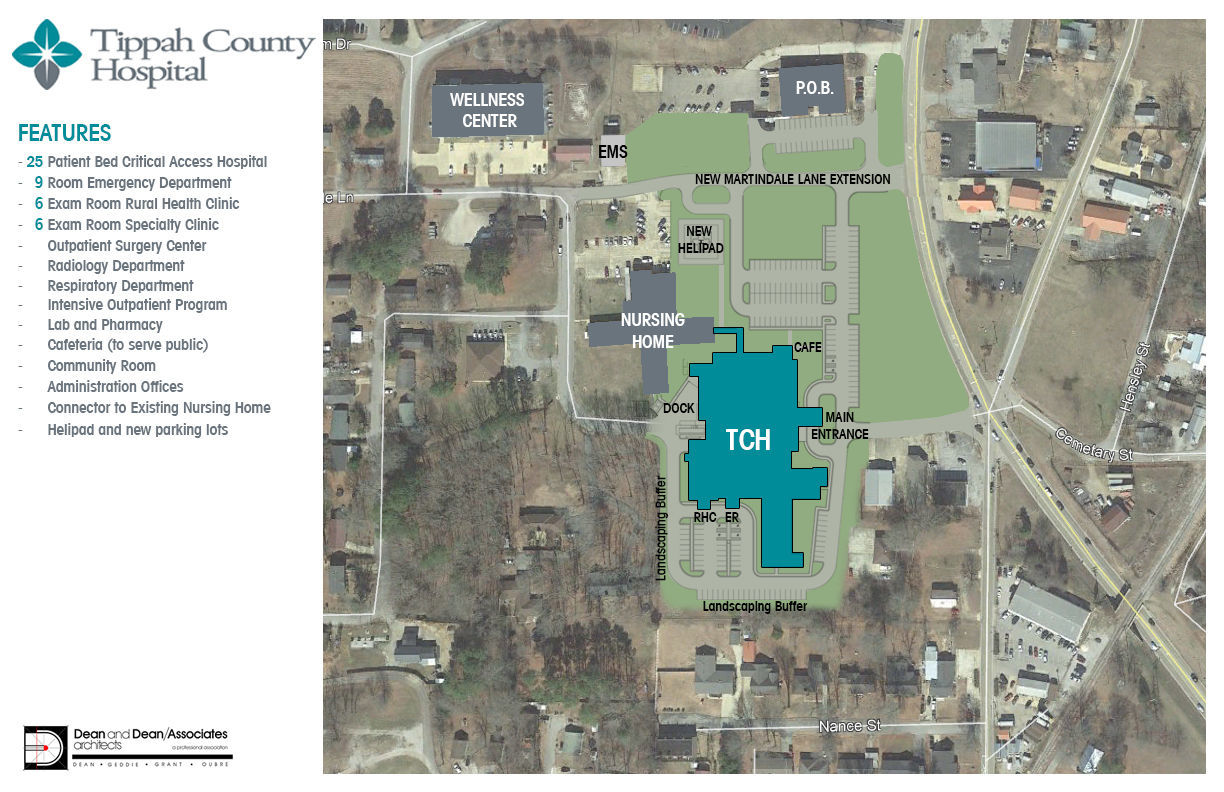 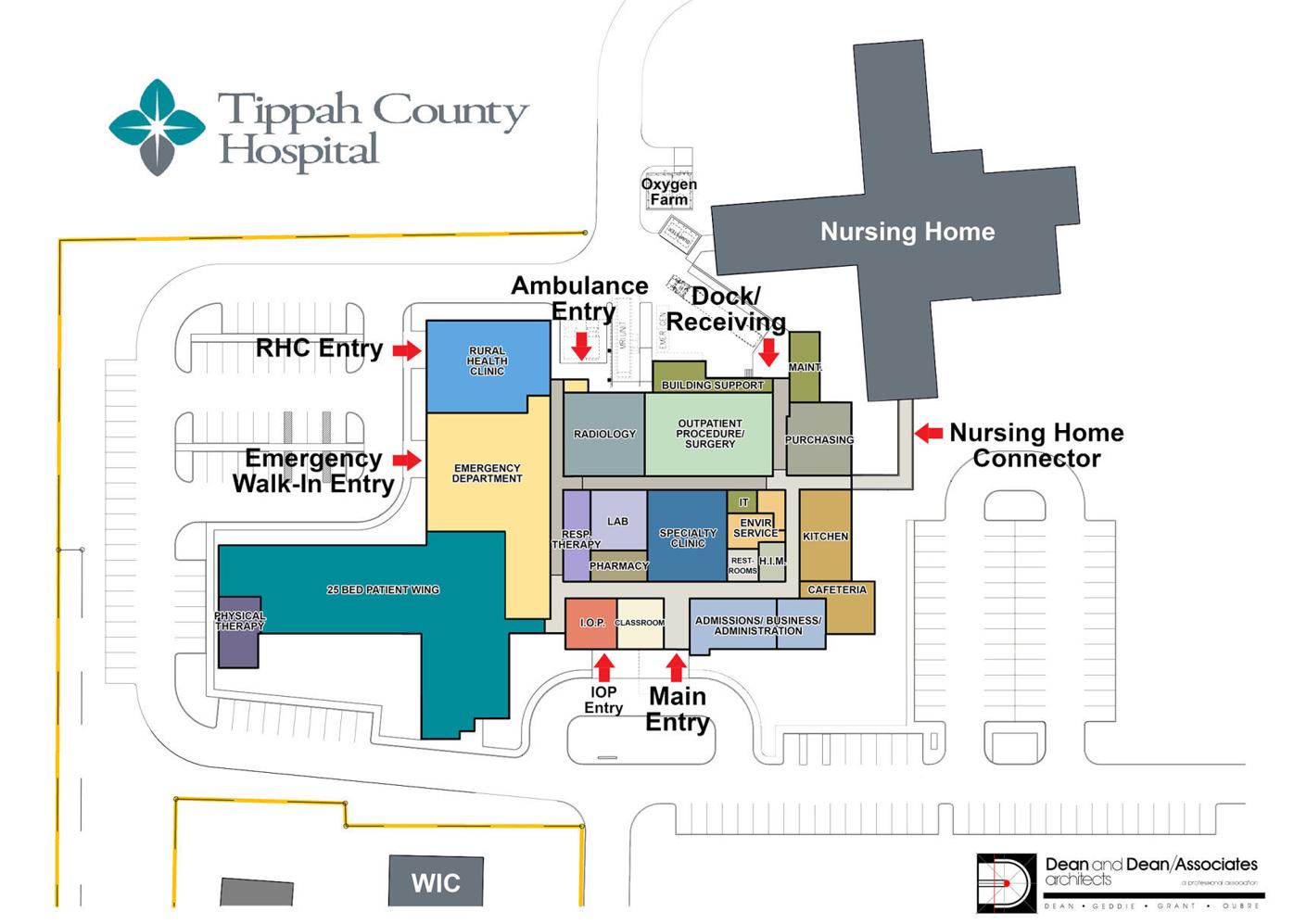 RIPLEY • The Tippah County Hospital Board of Trustees and the Tippah County Board of Supervisors announced on Friday, April 3, plans to construct a new hospital replacement facility. The facility will be built through a financing arrangement with the Tippah County Development Foundation. A groundbreaking ceremony had originally been scheduled; however, plans had to be canceled due to the Coronavirus outbreak guidelines.

In 1948, the Tippah County Board of Supervisors committed to construct what became the first Hill-Burton Hospital in America with the commitment that it would never close. Since opening on April 21, 1950, the Tippah County Hospital has served patients in Tippah County and the surrounding areas for 70 years. It has undergone many additions since its founding. However, on Monday, a new chapter in the growth of the hospital will start as the construction of a new $22 million hospital begins.

While other counties are closing their facilities, Tippah County is going against the grain to build a new facility. “Healthcare is critical to our community.” Said Board of Supervisor’s President Jimmy Gunn. “We have to do whatever it takes to protect the health of our citizens and we must have a quality hospital to do that.”

According to county officials, the Tippah County Hospital Board of Trustees has been working for many years to upgrade the old facility to meet the needs of today’s consumers. After working through many designs to remodel the existing facility, it became apparent that a new facility could be constructed for less than the cost to renovate the existing building.

“We determined that building a new hospital was the least expensive way to get what was needed. However, we needed to find a location on our existing campus to maintain our status as a critical access hospital,” said Hospital Administrator, Dr. Patrick Chapman.

Fortunately, two tracts became available across Hospital Street on the South side of the current campus. The City of Ripley also agreed to relocate Hospital Street so that it created a 5.6-acre tract to build a new hospital.

“After we found a site, we had to figure out a way to pay for it and we were fortunate that our local leaders joined and embraced our vision.” said Trustee President Ray Crawford.

In a team effort, Chapman began to work with Tippah County Board Attorney Sean Akins in obtaining New Market Tax Credits to fund the project. They first found a friend in Cassandra Williams at Hope Federal Credit Union who provided critical advice. Two other Mississippi Community Development Entities soon joined the project. Three Rivers Planning and Development District of Pontotoc and Muni Strategies of Jackson along with Hope pledged collectively $24 million in tax credits that were sold to Capital One Bank. The sale of those credits put $8.2 million in the project that will ultimately become a donation. The Board of Supervisors then committed $9.5 million in bonds along with $250,000 from the City of Ripley. The Hospital then borrowed the remaining $2.5 million in funds necessary to complete the project from The Peoples Bank of Ripley.

Akins explained that in late January, the Board accepted a $22.8 million bid from Century Construction Company to build the new hospital over the next two years. The project will also require the relocation of drainage and the relocation of Hospital Street on the south side of the new hospital. After the new hospital is opened, the current facility will be torn down and a new street will be constructed in its place from Highway 15 to Martindale Lane as a separate project.

According to the Supervisors, Tippah County paid off the bonds on the county jail this year and will use those annual funds with other existing millage to service the bonds without a tax increase. State officials have pledged state funds.

“We are grateful to all of those who helped put this project together. The only way this project could have come to fruition was through the excellent local cooperation of the Board of Supervisors, Board of Trustees, Tippah County Development Foundation, The Peoples Bank and City of Ripley Board of Alderman,” said Chapman.

“We are already getting inquiries from doctors who want to practice in a new hospital. This is all part of Tippah County Hospital’s commitment to our people. It is a very exciting and proud moment in our history. All Tippah Countians should be excited because this belongs to them” Chapman said.

Mississippi State University President's and Deans' List for the 2020 fall semester for your county.

Mississippi State University GRADUATION List for the 2020 fall term for your county.