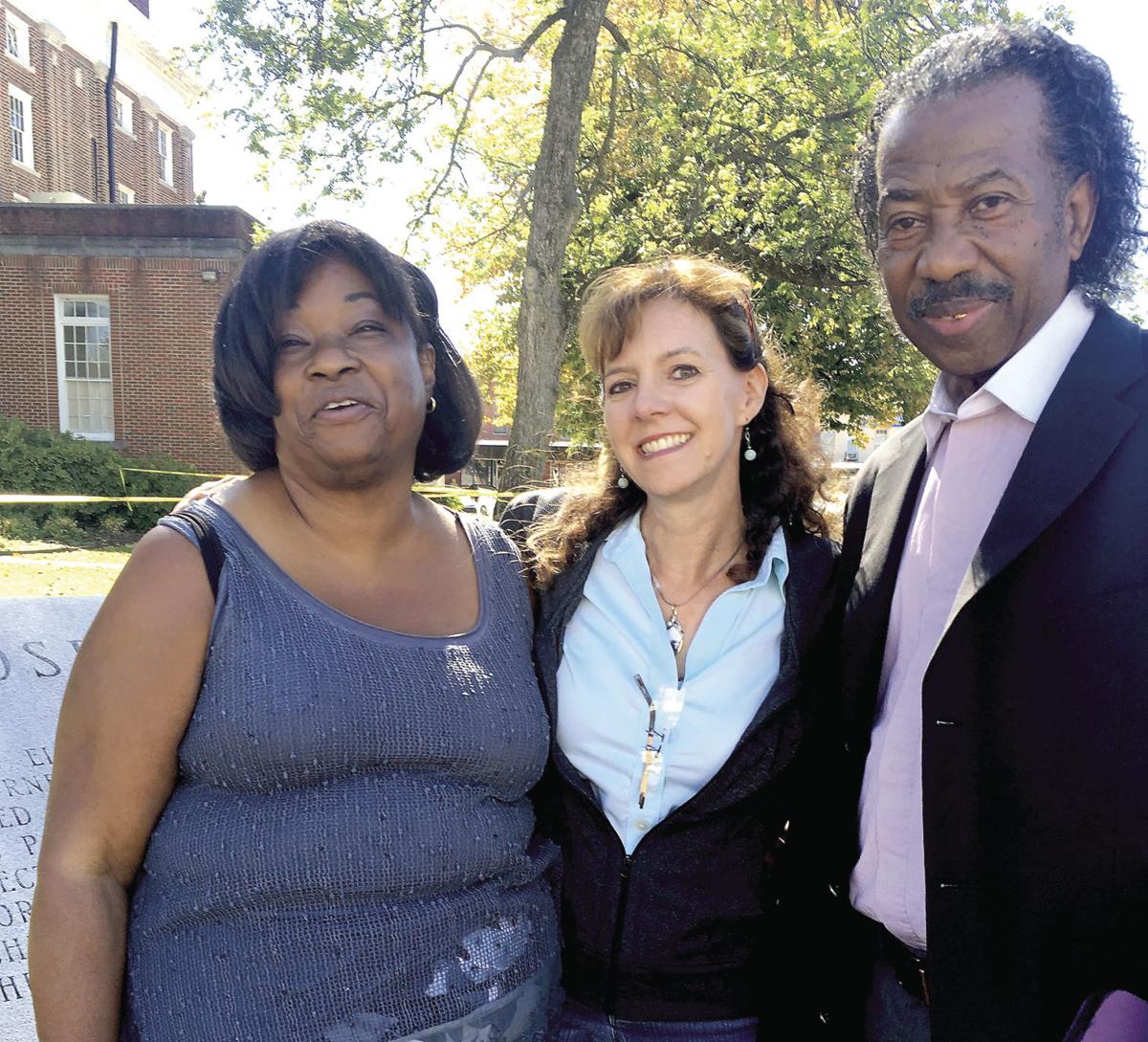 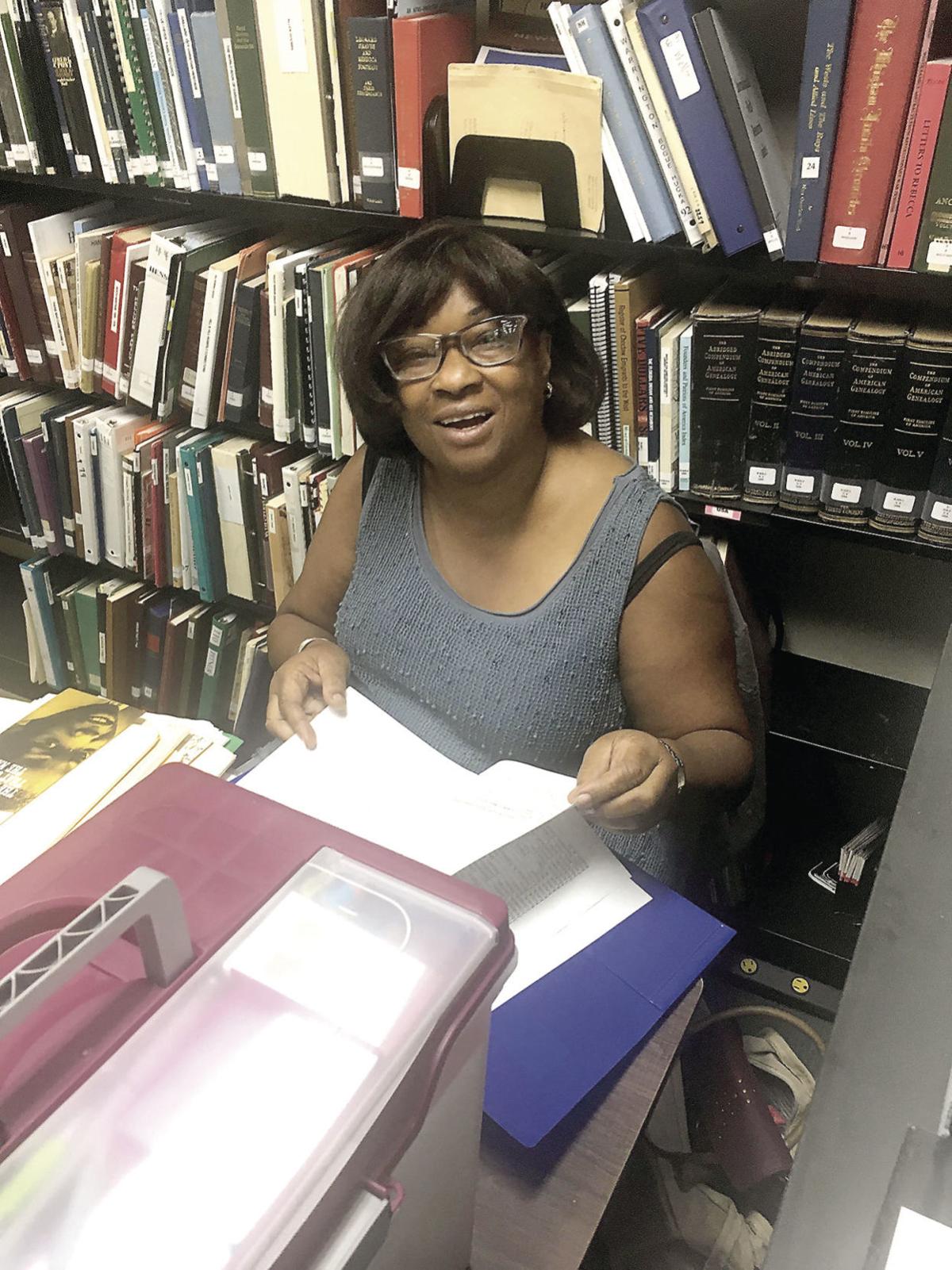 Beverly Bevel researches her family tree at the Ripley Library. 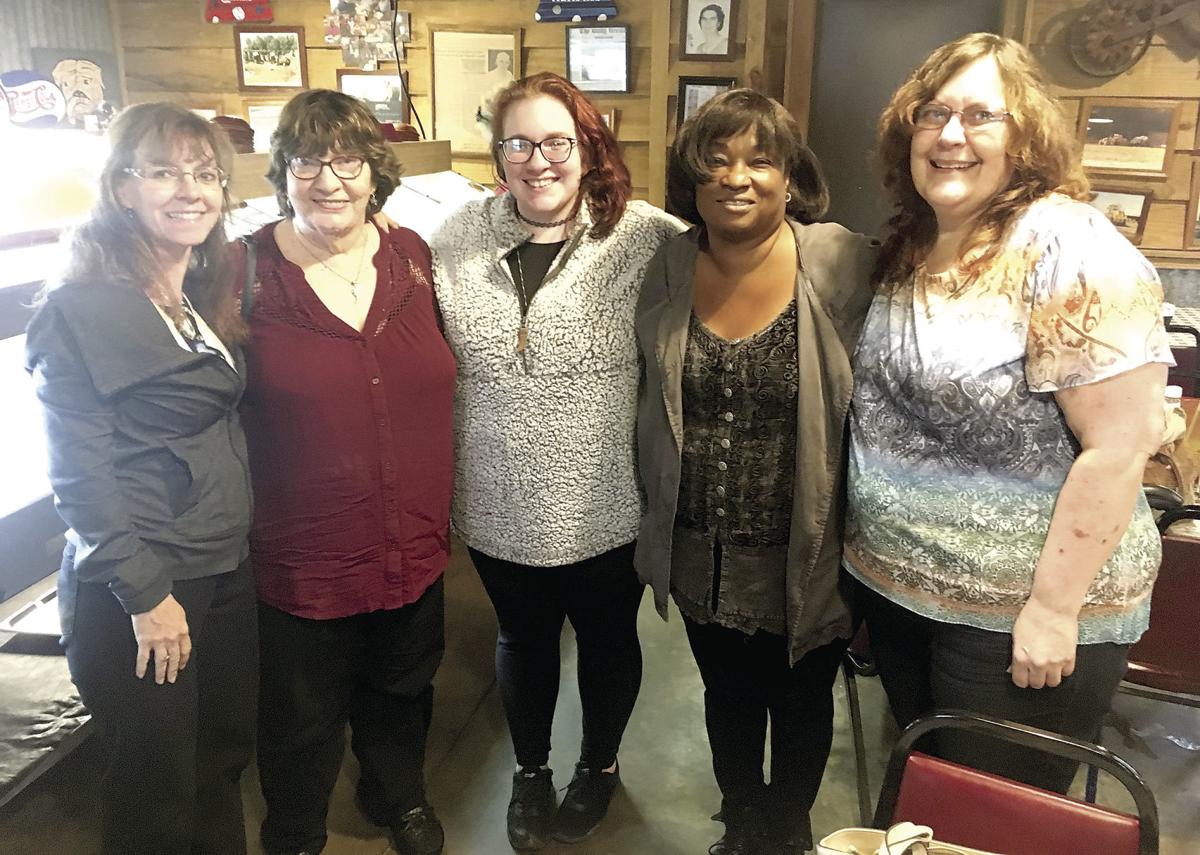 Beverly Bevel researches her family tree at the Ripley Library.

Beverly Bevel and Rhonda Roederer have a lot in common, the biggest similarity being their love for analysis and family history. But just recently they found out that they share much more than that.

In April of last year, Bevel, who lives in California, contacted Roederer, who lives in Louisiana, saying that it appeared they were both genetically related to William C. Lewellen, one of the earliest settlers of Ripley. Finding a relative halfway across the country wouldn’t have been so surprising, except for the fact that Bevel is African American and Roederer is white.

From the start, the two formed a bond and began working together to put the pieces together, even though they hadn’t met in person yet. As they shared research and communicated by phone and email, they found that they were fourth or fifth cousins. As research progressed, they decided to meet and visit some sites that might help them learn even more about their shared ancestors.

In October, they met for the first time in Holly Springs, where many of Lewellen’s African American descendants eventually settled. They also stopped by the Tippah County area and met several other cousins. Their trip included a tour of the cemetery where W.C. Lewellen is buried and the mansion where some of the Lewellen slaves worked, as well as libraries and courthouses in the area for records. During the six days that they spent together, their friendship deepened. Bevel said that they were gradually “finding that we had more in common than we had different.”

Their investigative personalities and their corporate backgrounds helped as they researched their genealogy.

Roederer said, “The way we approach things has been very analytical, very fact-based and non-emotional. I believe that really is important in studying genealogy because you can bring a lot of emotion into it, and it can cloud things, possibly, depending on the subject that you’re going for.”

Bevel added, “And especially this subject, because the topic we were researching is a wound in our American culture. It’s something that, especially in today’s environment, can separate mankind – at least in America.”

“It could have taken a different turn; we could have both been defensive, or we both could have been apologetic, but we were just like, ‘Let’s dig for the truth,’” Roederer explained.

The two saw that it was a perfect chance for a family reunion, to bring the two sides of the family together for discussion and healing from the past. However, they realized there would be some hurdles.

“One is to have people be open to accept that other branch of the family. So, we did a little bit of that,” Roederer said of their meetings with other cousins in the area.

“Then we Facetimed another Lewellen cousin. He was one that I was worried about because he is very much into the Confederate flag as a representation of the history and being proud of his Southern heritage. Not knowing exactly what his fascination with the Confederate flag was and what was behind it, immediately your mind goes to the darker side. And so, in mentioning our new cousin to him, I was very cautious. But it turns out that my fears were very misguided. He immediately embraced Beverly, and they became pen pals – it’s like she stole one of my cousins away from me!” Bevel and Roederer both laughed at the irony.

In planning their reunion (which will be held in the next two to three years) Bevel brought her corporate experience in to help. She said that “team building” activities are often used to bring people together.

“When you have their focus off themselves and onto a project, they tend to relax and let down their barriers. Not 100 percent, but because you’re having to work closely with people, you’re having to get to know them outside of whatever the problem is.”

Their reunion plans include doing community projects together for the cities of Ripley and Holly Springs.

“By having them focus on a common cause, and by breaking the groups up – like mixed groups of which Lewellen they come from, both white and black, it gives them a chance to trust and learn and dialogue with one another on a ground that’s not controversial.

“Everybody can paint a church, everybody can work towards a health fair, everybody can work towards building a playground in the name of the Lewellens. Once they do that and see ‘Oh, that guy is not going to bite me’ or ‘Just because he’s in LA he’s not going to take a knee’ then you can begin to start talking about some of the common issues ... And so, it’s going to take the format of building something for the community and building something that will last for a long time.”

Roederer said it’s all about the human side.

“And the bottom line is, we’re both people. That’s what we connect on.”

She and Bevel became friends as they saw the beauty in each other’s personalities, and they hope to help their cousins do the same.

“We connect on the human level, not on the skin color we have.”

For more information about the reunion, you can contact Rhonda Roederer at rhonda@heritagewithheart.com or Beverly Bevel at ihgfulcher@att.net.