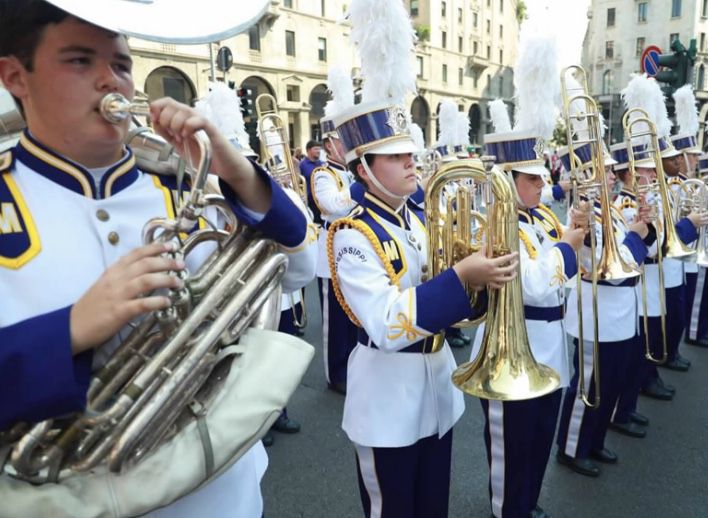 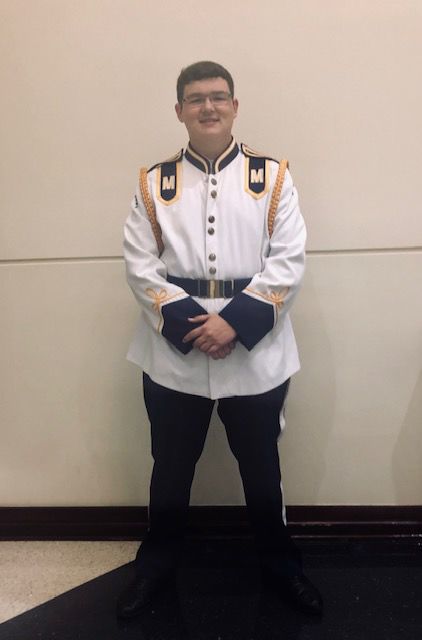 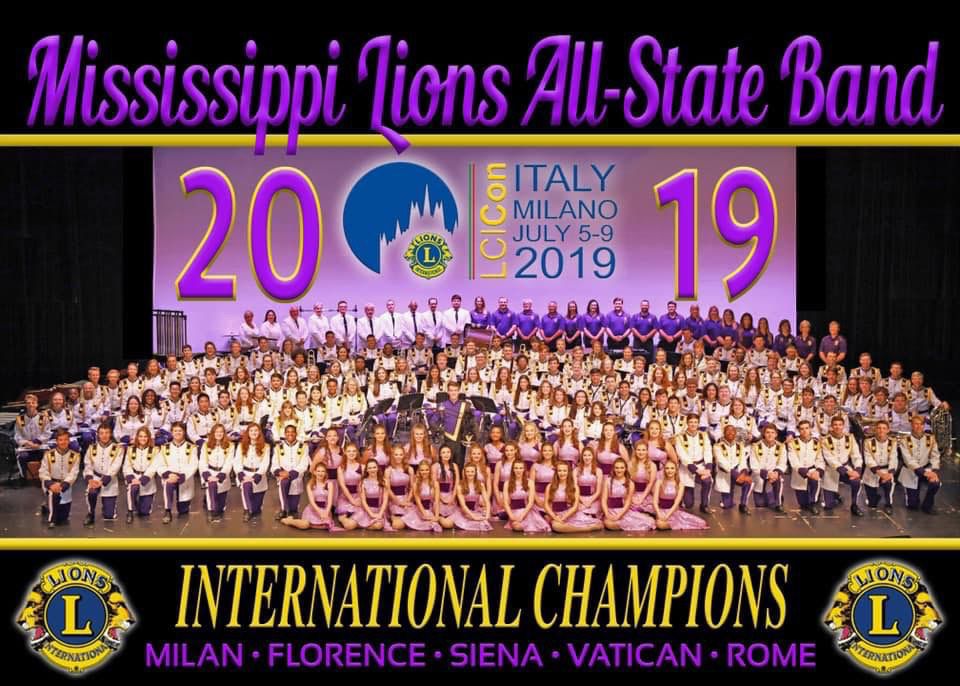 Kevin Jackson, a 2019 Ripley High School graduate, recently got the chance to perform in Italy as part of the award-winning Mississippi Lions All-State Band.

The performance took place during the 102nd Lions Club International Convention in Milan on July 5-9.  The Lions International Parade of Nations was the site of the band’s parade performance. Each participant, float and band in the parade was judged. The Mississippi Lions All-state Band took first place and the honor of being international champions for the seventh year in a row.

Jackson, a tuba player, first heard about the Mississippi Lions All-State Band from his band director, the late Sam Cunningham. Each year, students were encouraged to practice and try out for this elite band comprised of the “best of the best” in the state of Mississippi.  Auditions are held in November of each year near Jackson.

Jackson took private lessons during his sophomore, junior and senior years to better himself musically.  Each year he got better and better, working and practicing diligently.  Finally in November of his senior year, Jackson was selected as a member of the Mississippi Lions All-State Band.

On June 25, the new Mississippi Lions All-State Band gathered in Poplarville for a week of rigorous marching and musical practice.  They learned concert music as well as memorized music and a marching routine to prepare for the parade. A week later, the band performed a concert for family and friends before departing on their 9-day tour of Italy.

After the Lions Club International Convention the band toured Milan, Rome and Florence.

Jackson is the 18-year-old son of Rhonda Jackson of Ripley and the late Chris Jackson. Jackson said that he made new friends and many memories were made that will be cherished.  His much-loved, late band director, Sam Cunningham, used to say, “Never let the music stop”...and Jackson says he never will.