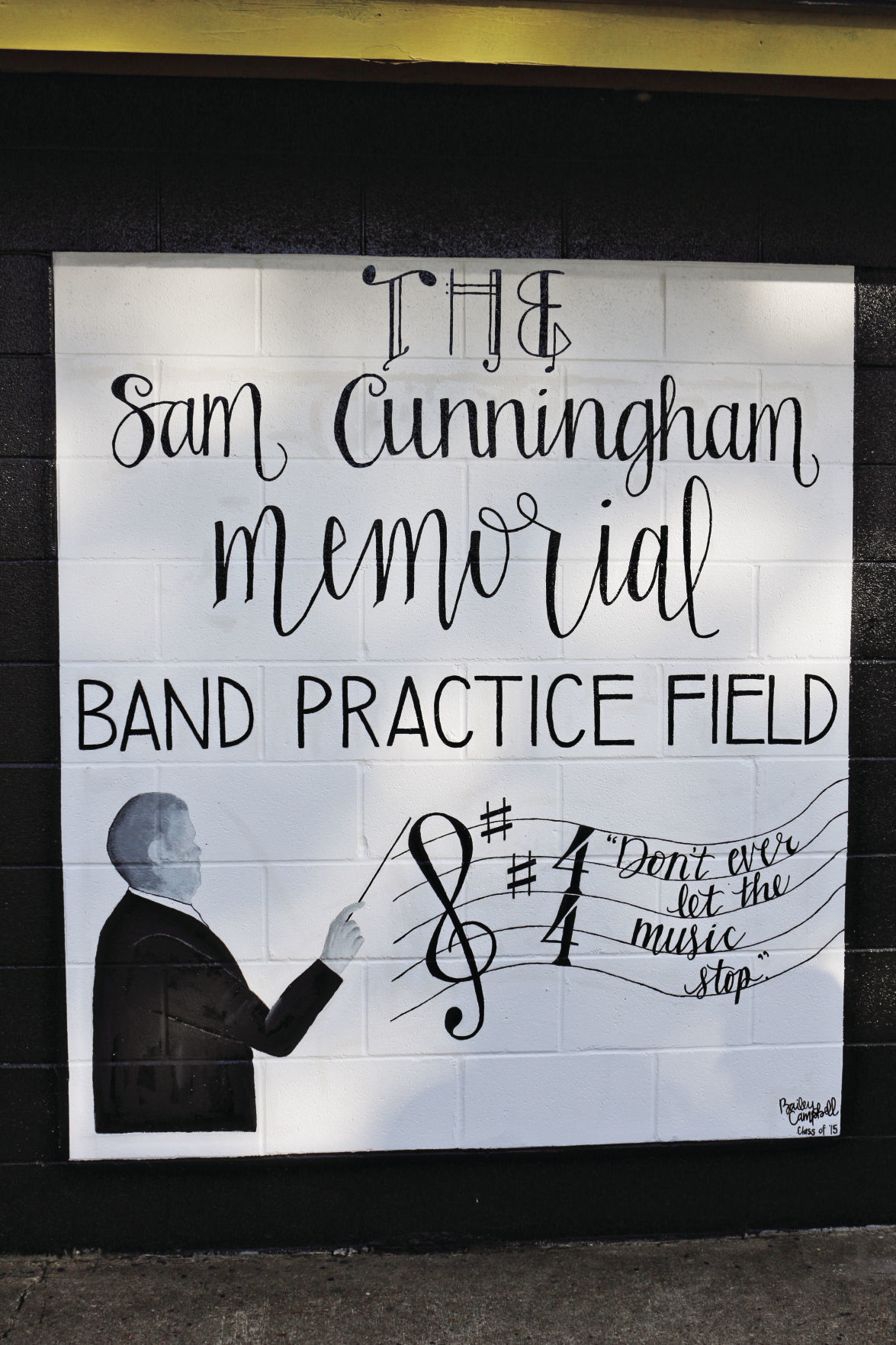 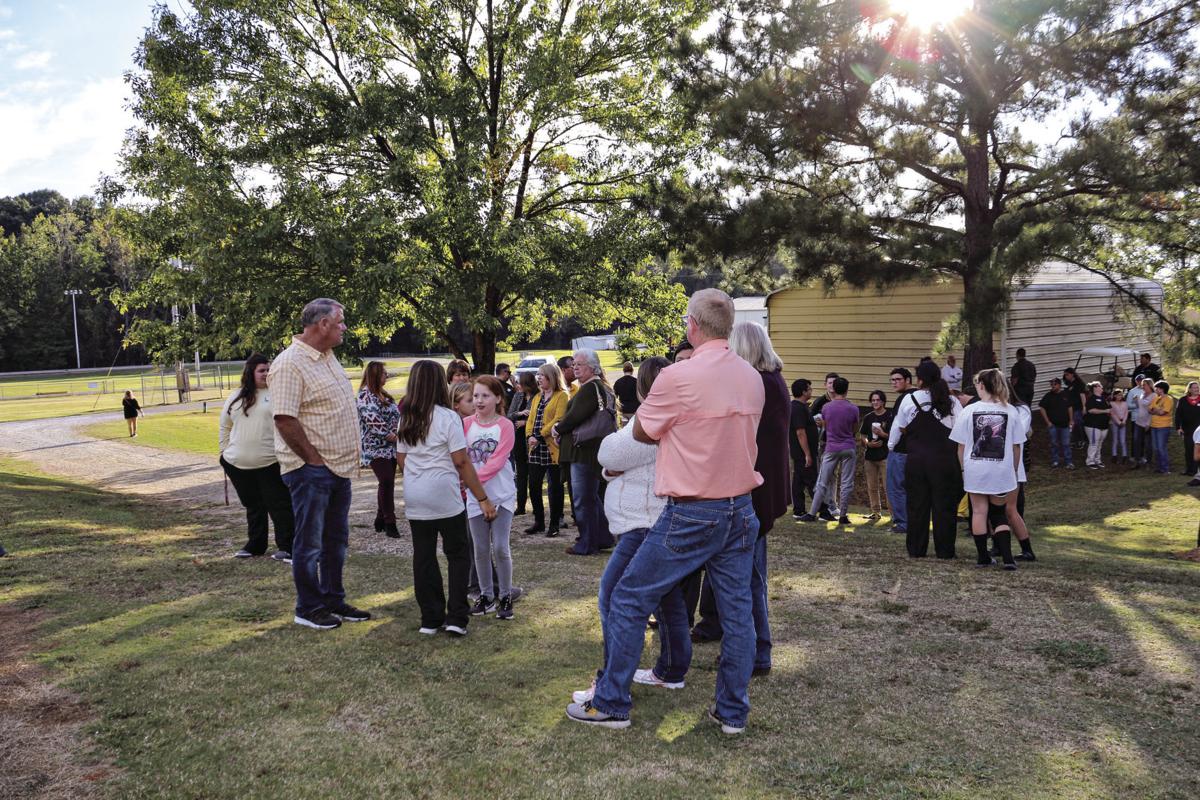 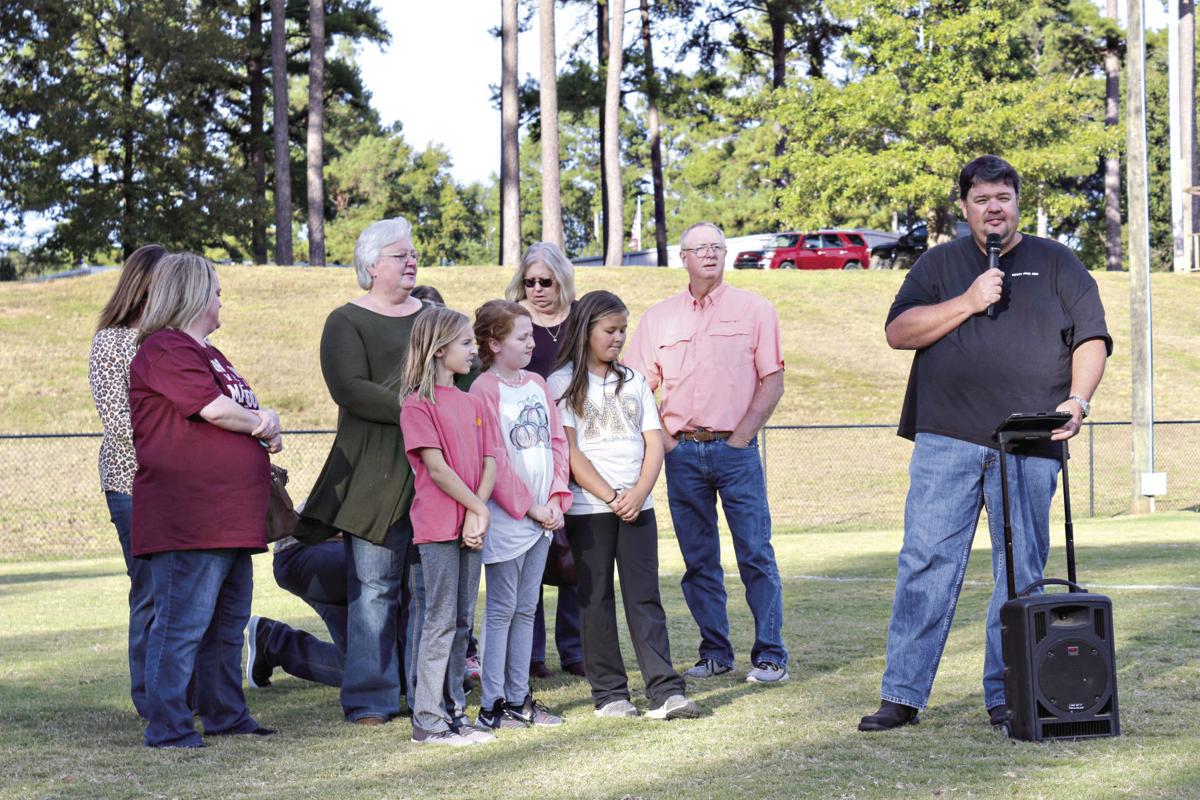 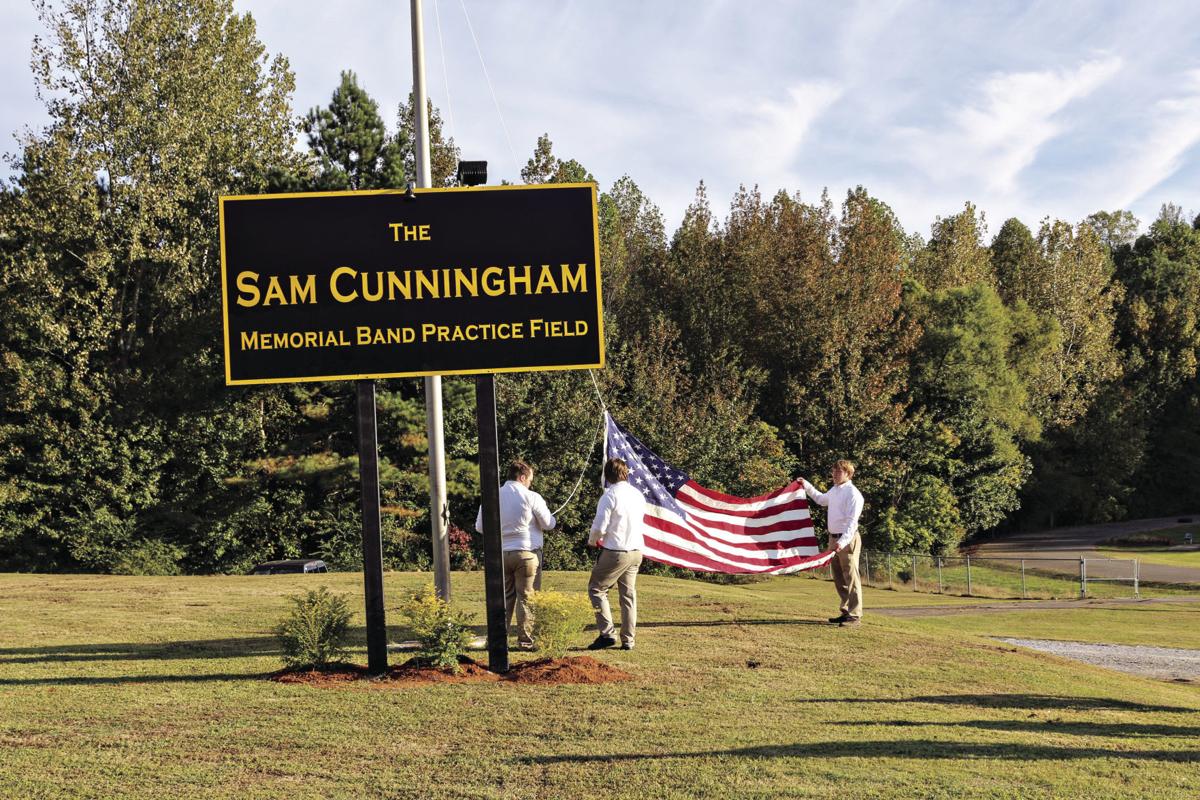 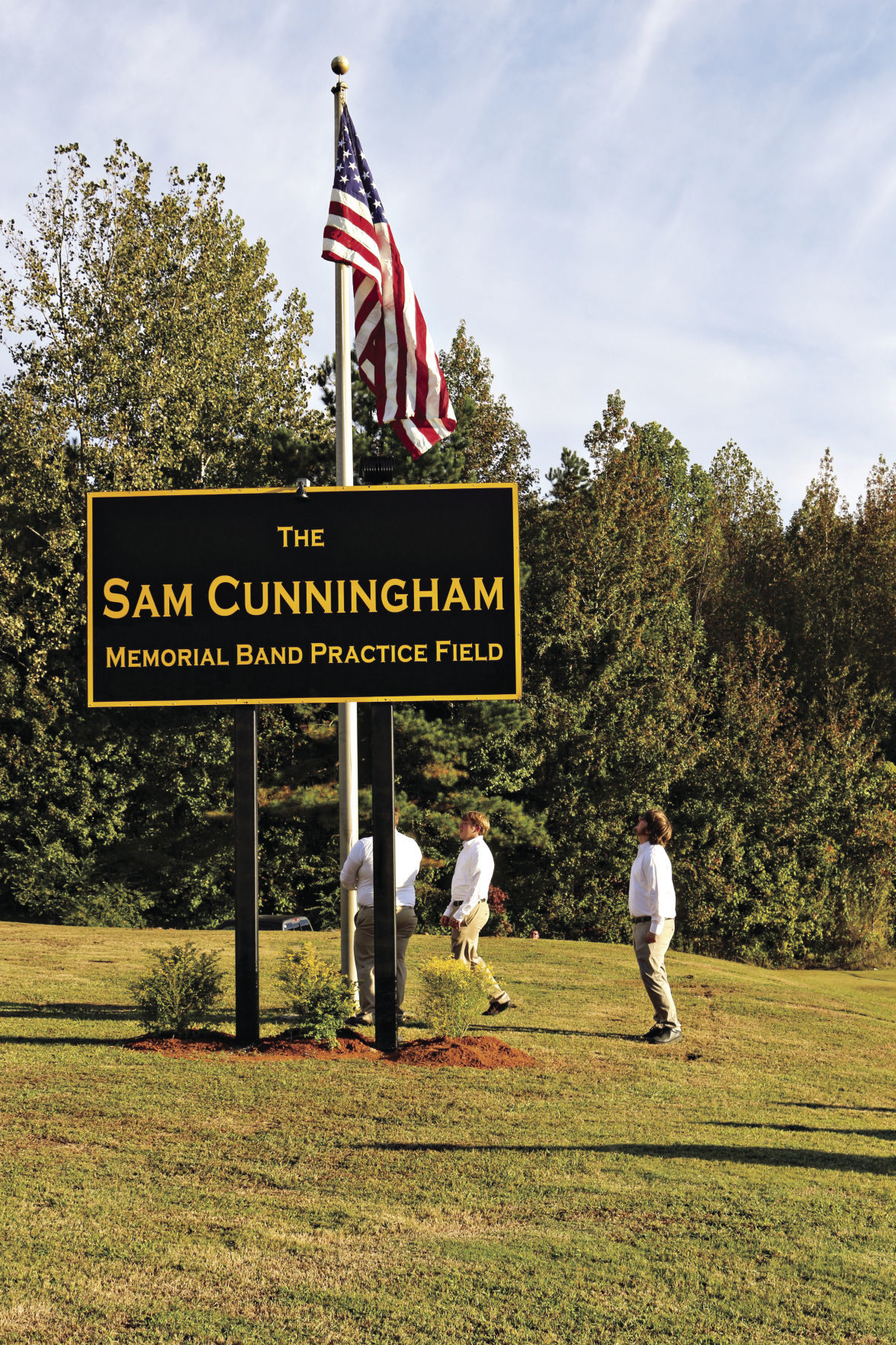 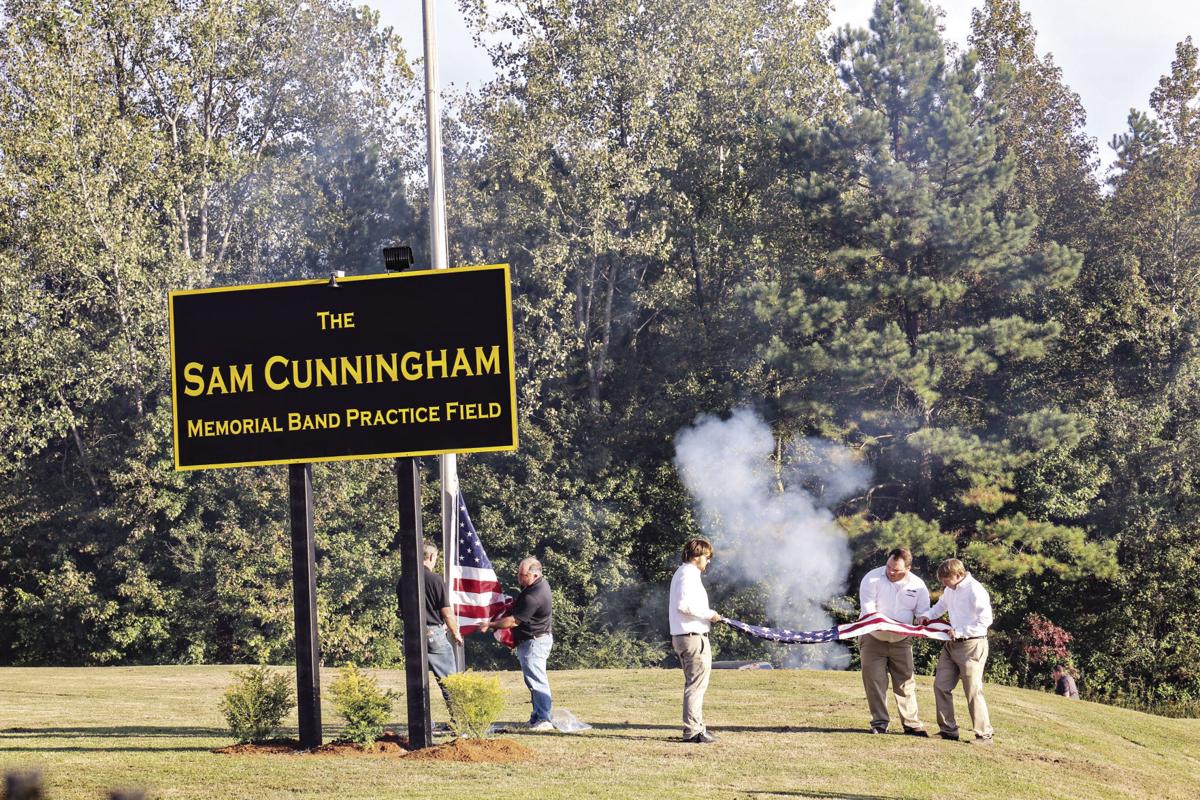 Friday, Oct. 19, a field dedication was held in the honor of Sam Cunningham, a past director of bands at Ripley High School. The practice field, now named, The Sam Cunningham Memorial Band Practice Field, has a sign in place that stands as a gesture of appreciation to the positive impact Cunningham had on band students.

Bailey Campbell, a prior band student of Cunningham’s, added to the field dedication by hand-painting a mural of Cunningham conducting the band on the side of the old concession stand building.

Cunningham died of a heart attack on July 4, 2016.  Cunningham had just finished his 11 year at Ripley, where he led the RHS marching band to the 2015 Class 4A MHSAA-MBA State Marching Band Grand Championship. During his time as band director, the RHS Tiger Band had many accomplishments and was known throughout Mississippi for their superior ratings every year in both the marching and the symphonic band. Students, parents and band boosters gave Cunningham credit for the band’s success.

Cunningham was remembered by his family, friends and students for his patriotism. His favorite arrangement of the Star Spangled Banner and Taps by the U.S. Marine Band was played at the field dedication. As the arrangement was performed, the American flag that had been passed down from the RHS Tiger Band’s 2012 show, “The Cost of Freedom,” was lowered by Boy Scouts Trevor Shoup, Thomas Shoup and Logan Leatherwood. The seasoned flag was then retired properly.  A brand-new American flag was presented and hoisted by the Boy Scouts Troops as Celiene Dion’s version of God Bless America was delivered.  A fireworks show was also displayed.

In attendance was a host of past band students and band boosters, along with Sam Cunningham’s wife, Libby Cunningham and sister, Dianne Cartwright. Following the field dedication, a reception was held along with a celebration of Ripley Band’s 50th Anniversary.  RHS Tiger Band alumni celebrated by playing instruments in the stands with the band at the homecoming game.