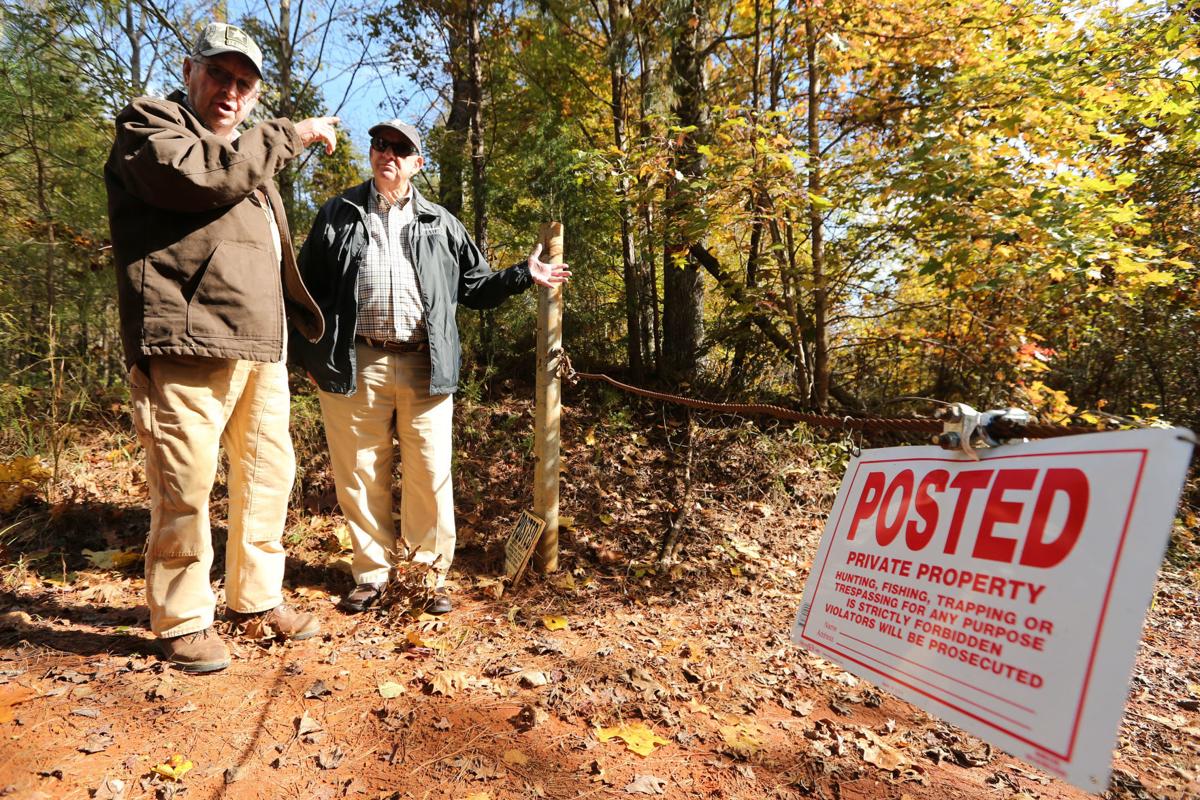 Jerry Hill, a Tippah County land owner, and Dennis Grisham, Tippah County District 4 supervisor, stand on County Road 701A where the road is closed off by another land owner, Frank Lerose, denying Hill access to his land. 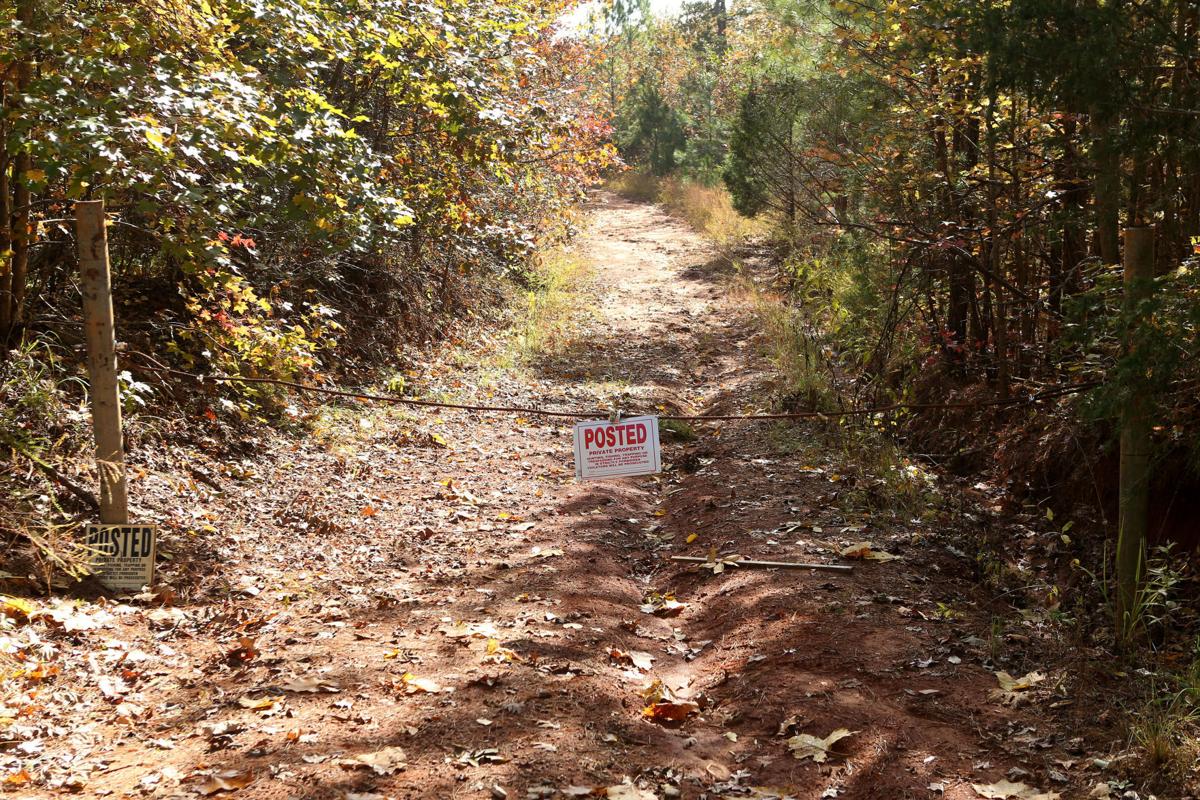 A cable closes County Road 701A on the property of Frank Lerose denying Jerry Hill acces to his 62.5 acers in Tippah County. 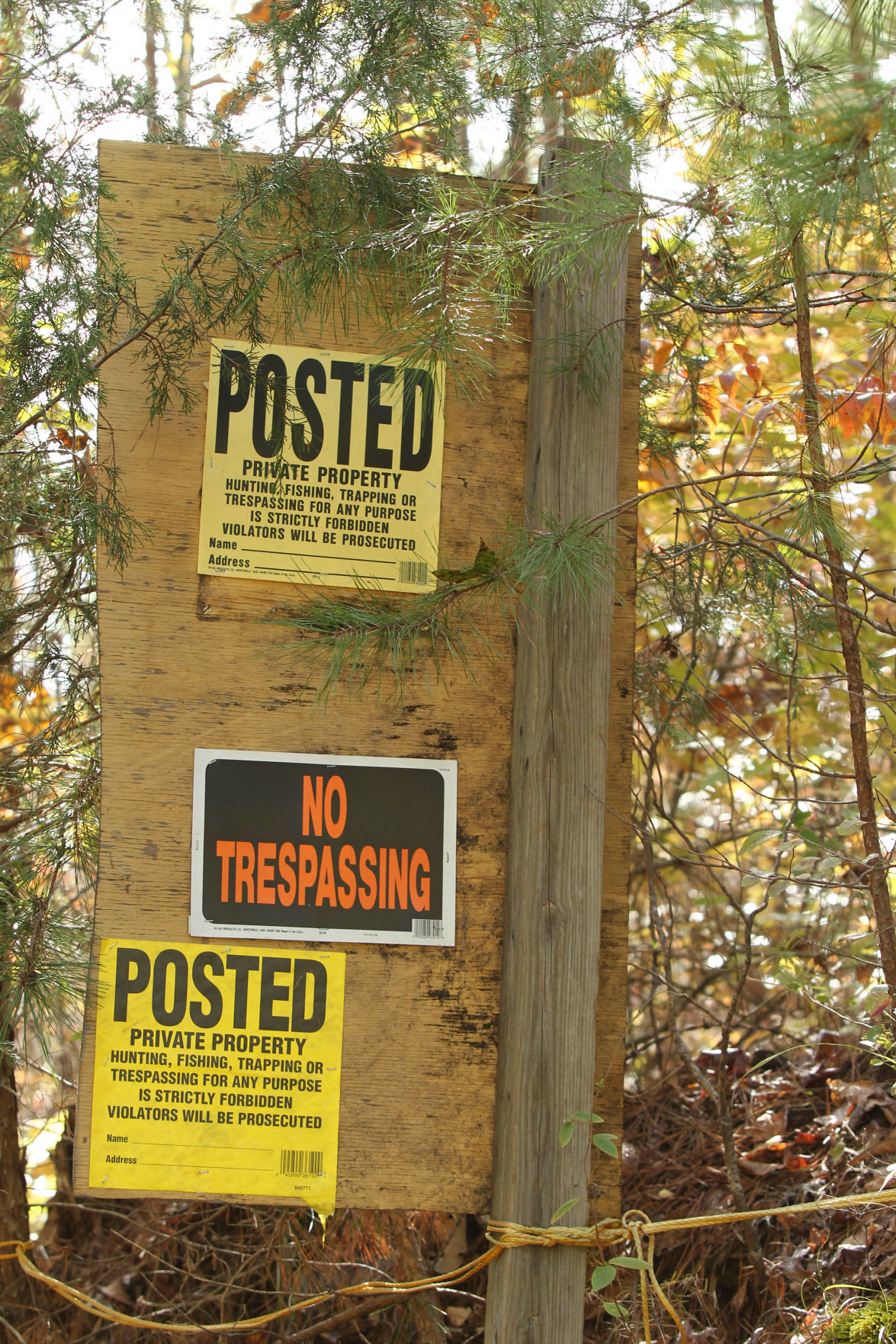 Signage is posted on County Road 701A in Tippah Countyto keep out any trespassers. 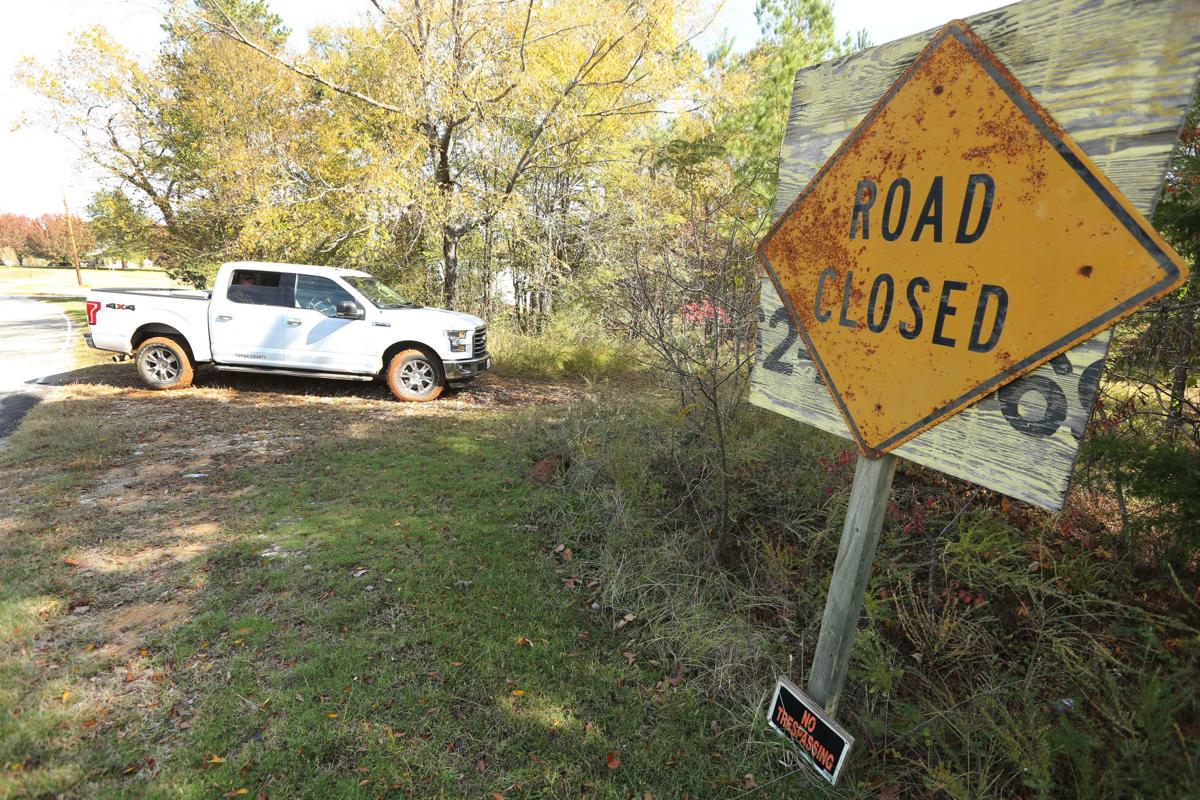 Jerry Hill, a Tippah County land owner, and Dennis Grisham, Tippah County District 4 supervisor, stand on County Road 701A where the road is closed off by another land owner, Frank Lerose, denying Hill access to his land.

A cable closes County Road 701A on the property of Frank Lerose denying Jerry Hill acces to his 62.5 acers in Tippah County.

Signage is posted on County Road 701A in Tippah Countyto keep out any trespassers.

Jerry Hill has 62.5 acres of timberland in Tippah County that he has not been able to access for almost two years. The only road leading to the land was County Road 701A, which was abandoned as a county road by the Board of Supervisors in January 2015.

The closure was based on an application of Frank Lerose of Collierville, Tennessee who owns property that the road runs through.  The Board of Supervisors was told that the landowners on County Road 701A agreed to the closure.

The supervisors voted to rescind the order closing the road in August 2016 after they became aware that Hill had not agreed to the closure of the road. Lerose challenged this decision and ultimately the courts agreed with him (See related story).

After closure, the road, which is approximately two miles long, continued to be traveled through and even maintained by the county, according to District 4 Supervisor Dennis Grisham.

“We didn’t know it was closed,” said Grisham. “I knew the third district had closed a road but I didn’t think it was in my district. I found out later that it was.” County Road 701A starts in the third district but continues into the fourth district.

“I knew (Hill) had land down there, but it was already done before I realized it was that particular road. Then the county went back and tried to rescind the order, but at that time we got sued by Lerose,” continued Grisham.

“Dennis graded that road for me every year,” said Hill. “I didn’t use it much, but he grated it when I went over there.” Hill had lost his previous access to his land through County Road 744 and only found out about the closure of CR 701A when he found a barricade across the road. That is when he petitioned the county to reopen it.

“Here is the bad injustice, they (the Hills) were never notified,” said Grisham. “... If you are going to kill a road and block a man out, he needs to sign it. And I thought that was the law, but I found out later I don’t know what the law is.”

“When I bought that land, a pulpwood company owned it then. I bought it from them,” said Hill. “They showed us that road and told us that was a public road and it wouldn’t be killed if you don’t sign for it. I didn’t sign nothing. I didn’t know nothing about it. They claimed me and Jimmy (Hill’s brother and co-owner of the land) went along with it, but we didn’t. I’ve never seen Lerose in my life and didn’t go along with it.”

Lerose says he never made claims that all the landowners agreed to close the road and that he did not know Hill needed access to his land through that road.  His attorney, Fred Permenter, initiated the request to close the road. “There were absolutely no issues whatsoever and it was closed,” says Lerose.

“I did contact the timber company that is around and above me and we were in agreement, since we had a lot of problems with people dumping trash on the road,” continued Lerose. “I have had the police out several times where people have had bonfires on my property. The final straw - somebody abandoned a car down there, and somebody was down there, and my kids were driving around on four wheelers and he threatened them saying ‘this is private property’ and they needed to get off. He had a gun and my kids were scared.”

Lerose said it wasn’t until his children were threatened that he put up the barricades. He has one on each side of the road where it enters his property. The barricades block off about a quarter of a mile strip of the road. He says he did not know that the road was reopened until he found the barricades bulldozed down and contacted the sheriff’s department.

Lerose says he has offered alternatives to reopening the road to the county and they were all rejected. “This goes through my property, what if I cut around the border? What if I give him (Hill) a key? What if I offered to purchase his property?” said Lerose. “Anything I called a win-win, they totally rejected, so I had no recourse other than to file suit which I did not want to do. I tried to do everything I could to resolve this matter. They wanted to make it a public road. So when the courts heard it, they found in my favor all the way up to the supreme count. This has lasted four years, is unbelievably costly and it is still not over.”

“When we first started talking about this, Sean Akins (the board’s attorney), mentioned a key, but Jerry thought, and I agree, ‘if he gives me a key today, what if he wants it back tomorrow or changes his lock?’” continued Grisham. “You have to have an easement. He has a good bit of property and he is looking for a permanent solution.”

“When I farmed (the land) I went out there everyday. It’s timber now and I have to spray the kudzu to keep it off the trees and bushhog around it,” continued Hill. “That was what I was doing the last time I was down there, cutting kudzu.”

“Now when he gets ready to cut the timber off, unless something is settled on this, he can’t even get in there to harvest the timber,” said Grisham.

Hill has looked into a civil lawsuit against Lerose to establish an easement to give him private access. A lawyer has filed one on his behalf in Chancery Court but it is at a standstill.

“And then there are no guarantees,” continued Grisham. “The suit has been filed but it is just sitting there.”

Grisham had made a motion to retry to take the road my eminent domain in October but did not receive a second. He said the only other solution would be to build a new road, which would be expensive, and in his opinion “rather foolish.”

“The pulpwood company would have to give easement and I doubt they would do that especially since there is already a road here.”

Until something is resolved - whether with Lerose, in Chancery Court, with the supervisors, or some other solution entirely - Hill will have to continue to wait to access and maintain his land.

RIPLEY • Last month, the Mississippi Supreme Court let stand the ruling of the Tippah County Circuit Court that removed County Road 701A from …