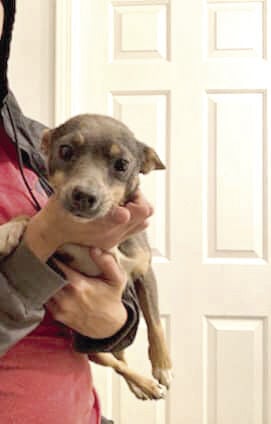 This dog is one of those found without food and water at 150 Pocahontas Road. 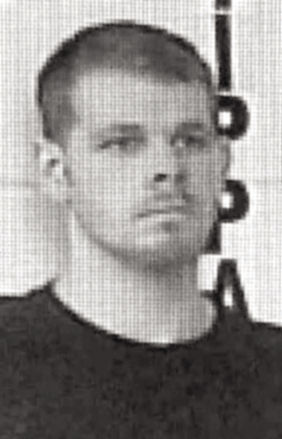 This dog is one of those found without food and water at 150 Pocahontas Road.

RIPLEY • A Ripley man has been charged after a local animal rescue group found starving dogs and a dead puppy at his residence.

According to Ripley Police Chief Scott White, Zac Graves, 26, was arrested and charged with Animal Confining without Food or Water and Simple Cruelty to Animals on Wednesday, Nov. 13.

Meagan Cunningham, co-founder of Tippah County Animal Rescue, said she received a message that there were emaciated dogs at 150 Pocahontas Road in Ripley. Graves’ wife owned the animals and was in jail at the time and Graves had been accused of not taking care of the dogs.

“I didn’t know there were dogs inside the residence,” said Cunningham. “I came one day and heard a dog barking inside. I got with Zac and gave him money for dog food and told him when he ran out just let me know and I would provide everything for free. He ignored my attempts to communicate after that.”

On Sunday Nov. 10, Cunningham went back to the residence and did not hear dogs barking and knew something was wrong.

“I called the jail and got permission from the owner to kick her door in. So I did and that is when I found the dead puppy starved to death.”

Cunningham said there were two dogs in the residence, the dead puppy and a severely dehydrated chihuahua. There was no food or water put out for the dogs in the home. There were also several other large dogs outside the residence.

“There were empty bowls,” continued Cunningham. “The dogs had pulled a bag of dried beans down and tried to eat on them. There was plenty of canned food in the residence. It’s just malice.”

Cunningham contacted Ripley Assistant Police Chief Scott Watson on Tuesday, Nov. 12 about the situation and after an investigation, he arrested and charged Graves.

Watson said that on Wednesday, Oct. 23, there was another dog from 150 Pocahontas Road that was found with a broken back. The dog was dragging itself because it could not use its back legs. Neighbors found the dog and carried it to the vet, but due to its starving condition, and its legs being damaged beyond repair, the dog had to be humanely euthanized.

“We appreciate the help of Maegan and the Tippah County Animal Rescue and what they are doing for the community. We also appreciate the concerned neighbors who helped with the other dog recently,” said Watson.

Watson said the investigation is ongoing.

“I hope the judge will see this and give him the max sentence,” concluded Cunningham. “It’s only six months but it would set a precedence for Tippah County that you can’t do this here.”