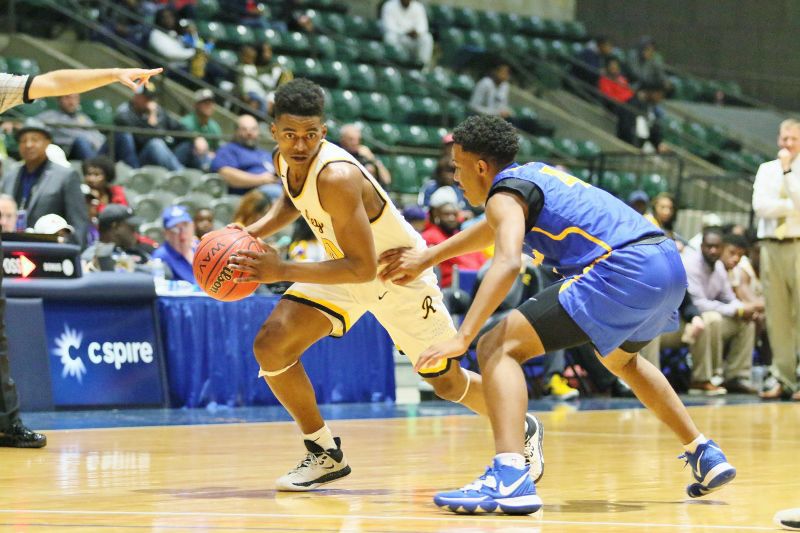 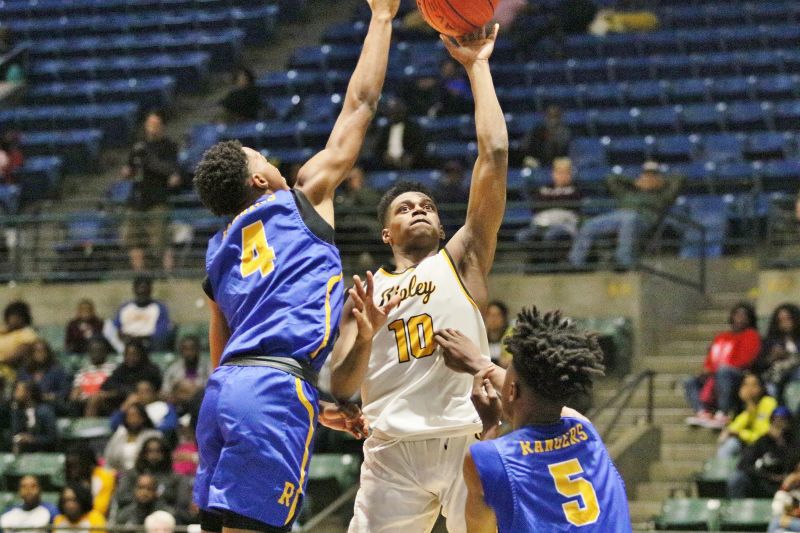 Asa Howard shot 40.5 percent from three-point range in his senior season, guiding the Tigers to a 28-4 record and a Class 4A semifinals appearance.

Asa Howard shot 40.5 percent from three-point range in his senior season, guiding the Tigers to a 28-4 record and a Class 4A semifinals appearance.

RIPLEY • Asa Howard is following the footsteps that were ahead of him. The senior signed with Northeast Mississippi Community College last Saturday, April 26 to continue his basketball career.

Howard's older sister, India, signed with NEMCC back in 2011 after leading the Lady Tigers to a Class 3A state title. In 2015, Asa's brother, Isaiah, was a standout in both football and basketball at Ripley but ultimately stuck with the gridiron and signed with Itawamba Community College (ICC) following his senior season. Isaiah then continued on to Lamar University.

Now, the youngest of three Howard siblings, Asa gets his chance to play at the collegiate level.

"It means a lot to me," said Howard. "I've gone through a lot and this is a big opportunity for me to further my basketball career. At times I questioned myself and wondered what my next step was going to be. My family kept pushing me because they seen something in me and I think I've made them proud. I wanted to give it my all and I did. I'm just blessed to be in this position."

Asa said there was no pressure to be like India or Isaiah but it's just something that happens naturally.

"It's kind of an expectation with us," claimed Howard. "They've never pressured me into thinking I had to play college ball or anything like that. But it was something I loved. It's always been on my mind to follow them. I knew I just had to keep having faith in God and put in the work and everything else would work itself out."

Howard made a name for himself in his final season with the Tigers, helping his team to a 28-4 overall record and a Class 4A semifinals appearance. Howard's ability to make big shots in clutch moments proved valuable to the Tigers' deep run. Down 45-44 to Pontotoc in the quarterfinals at Mississippi Valley State University, Howard hit a mid-range jumper to put Ripley up by one point with 20 seconds left, then hit both free throws with 5.6 seconds left to make it 48-45 and advance to the semifinals.

"We are all excited for Asa to get a chance to keep playing the game he loves," said Ripley head coach Adam Kirk. "As a coach, it is fun to see your guys get opportunities to play on the next level and have their hard work rewarded. He has put in a lot of unseen hours to get this chance."

The 6-foot-2 senior averaged 13 points, 4.8 rebounds and two assists per game this past season. The sharpshooter clipped a 40.5 percent mark on shots from three-point range. His shooting ability along with his versatility will prove useful for his new team in Booneville.

"Asa is one of the best shooters I've coached and all programs are looking for shooters," claimed Kirk. "However, he's a lot more than just a spot-up shooter. He can create his own shot and guard and play multiple positions on the court. Most importantly, he will compete and hates to lose. Asa is not scared to take the big shot during crunch time either."

Howard looks forward to the challenge of playing collegiate basketball and joining a program that is on the rise. NEMCC boasted a 24-3 record this past season, claiming the MACJC North Division title. The Tigers graduated six sophomores, including local standout DeAnthony Tipler, who led the team and the entire MACJC with 20.4 points per game.

With so much to replace, Howard hopes to come in and make an immediate impact.

"I feel like I can be a scorer there," added Howard. "I don't care to come off the bench. I know that I can penetrate the lane and make other players better around me. I could run point guard if they asked me to. I believe my handles are good enough. I know I can shoot the ball but I feel like I can do a lot more things too. Defensively, I know I can come in and do everything that's asked of me. That's something we worked hard on at Ripley."

His time with the Tigers is something that Howard says has prepared him for the next level.

"I'm not going to lie to you, it's tough. It's not easy," Howard stated. "You have to prepare yourself and work everyday in practice. Coach (Kirk) is like a coach you would see on the junior college or even Division 1 level because he has that defensive mindset. That's what our team is built on. It's our foundation. I feel like playing at Ripley gives me the best chance to succeed in college. Coach Kirk prepared me and it's not just him but my teammates helped me so much too. He is a life lessons coach. He's taught me how to be responsible and what it means to have integrity."

Howard's journey at Ripley wasn't always smooth sailing but his growth both on and off the floor has led to this opportunity to continue playing the game he loves.

"Like any high school athlete, kids mature at different rates. Asa is no different," said Kirk. "We always tell our players to learn from their mistakes but to never let them define you. Asa and I have had some growing moments over his high school career but those moments have given us a bond that only adversity can form. You'll have a hard time finding a person at Ripley High School or anyone that knows Asa that doesn't have a special place in their heart for him. He's just a likable kid who I believe will take this opportunity at Northeast and flourish. I am very proud of him!"

"It was a long ride but I tried to make the most of it," Howard concluded. "I did some things that I'm not happy about. I bettered myself. I started hanging around my teammates and not hanging around other people off the court. Coach Rico (McDonald) text me the other day and told me congratulations on signing and everything. And you know, he's not one to really talk a whole lot so that meant a lot to me. It's genuine, tough love that everyone has shown me. Now I'm just taking everything I learn from being around those types of people that know what life is all about into the next phase of my life. I'm so grateful for everybody here in Ripley and I'll never forget all the memories we've made."