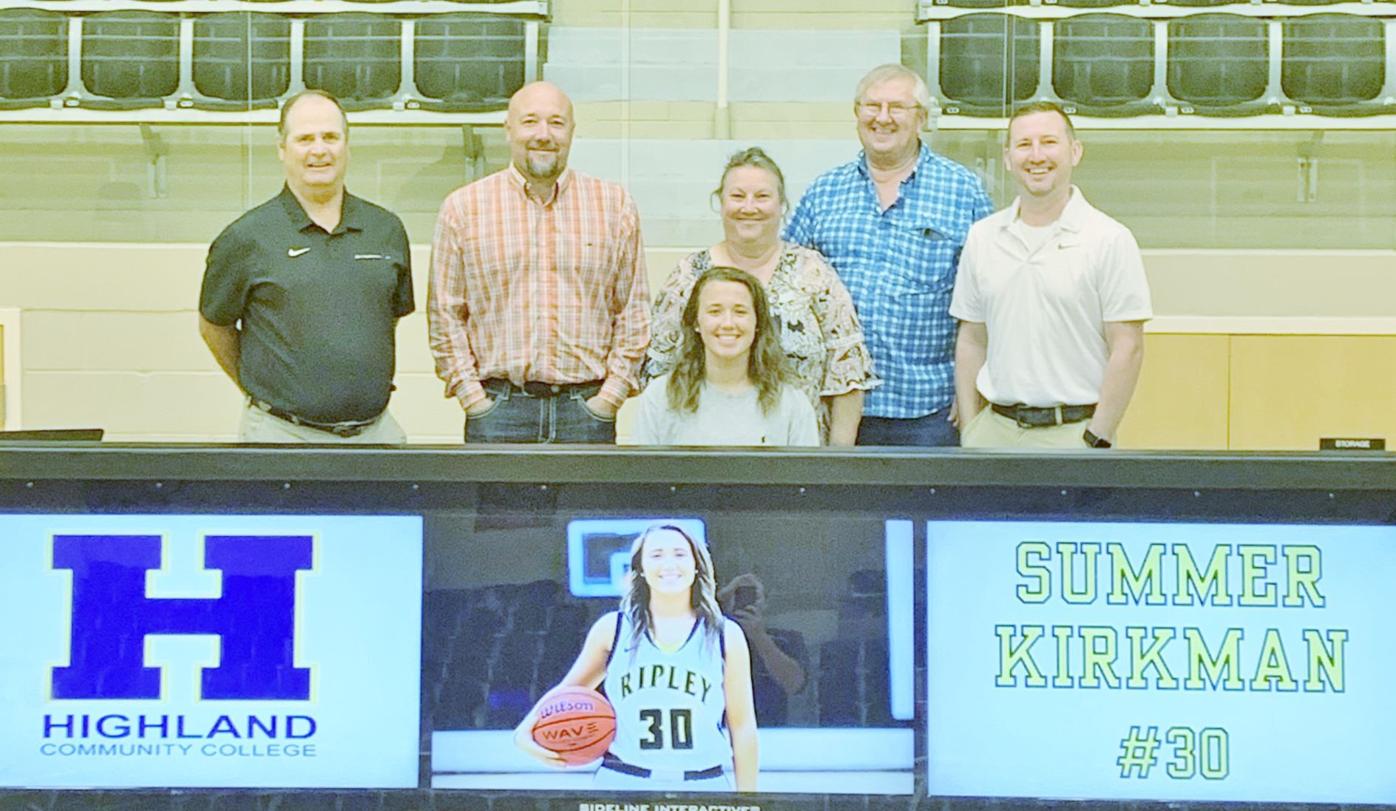 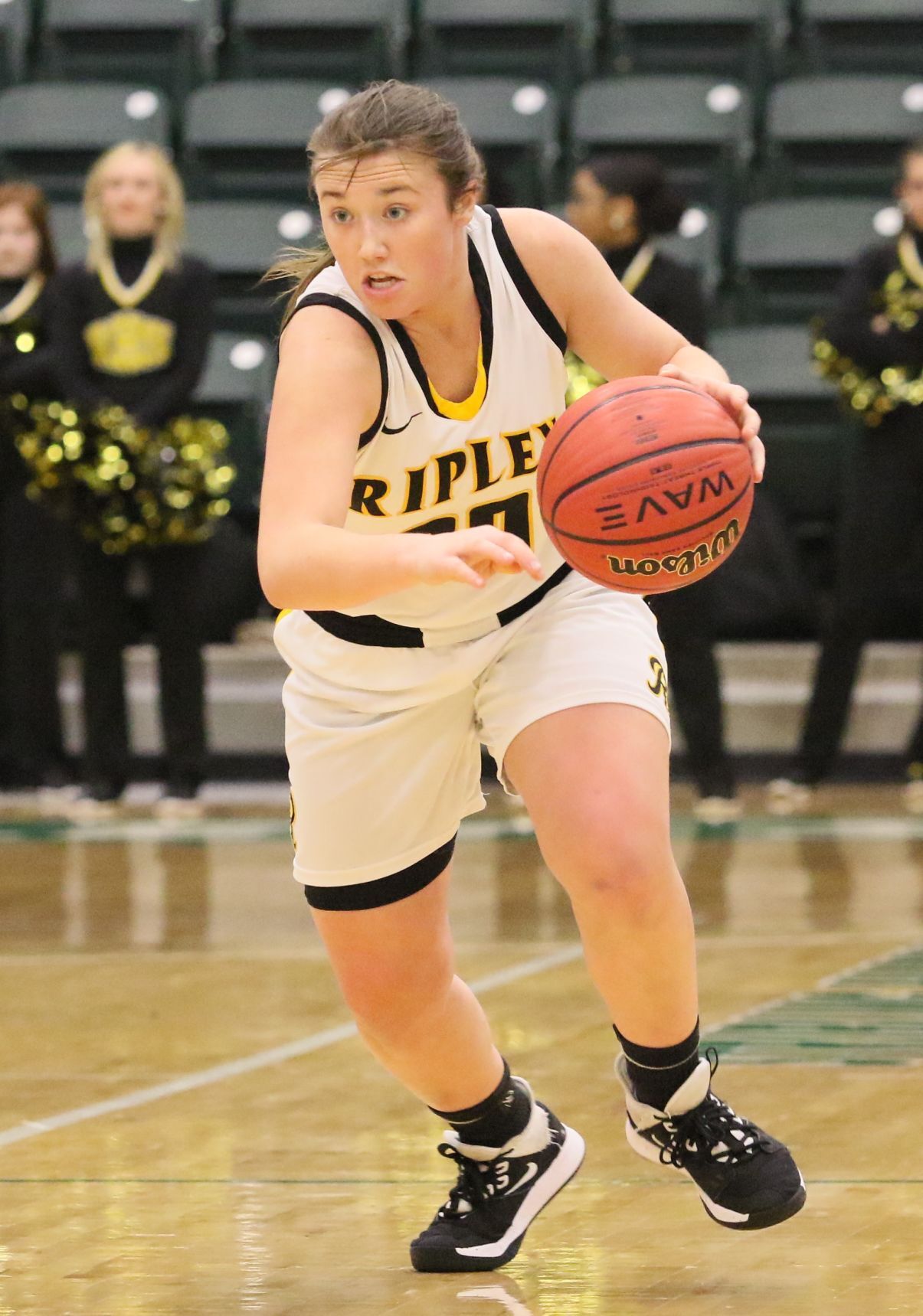 Summer Kirkman helped guide the Ripley Lady Tigers to a 32-2 record in her senior season, capping it off with a Class 4A state championship back in March.

Summer Kirkman helped guide the Ripley Lady Tigers to a 32-2 record in her senior season, capping it off with a Class 4A state championship back in March.

RIPLEY • Summer Kirkman is taking her basketball talents to the Midwest.

Kirkman, a graduated senior from Ripley, signed with Highland Community College in Kansas last week to continue playing the game she loves.

“It was a relief,” said Kirkman. “I am super blessed to have this opportunity. After battling all these injuries I knew trying to play basketball at the college level was going to be harder to do. I didn't really get a whole lot of exposure but signing last week took a big weight off my shoulders and was such a relief. It was the best feeling ever.”

Kirkman originally signed with NJCAA Division 1 member Dodge City Community College (KS) on June 2. She noted the relationship with then assistant coach Jordon O'Brien as the main factor for signing with Dodge City. But when O'Brien took the head coaching job at Highland on June 18, Kirkman knew she wanted to follow her there, so she was granted her release and signed with the Scotties.

“It was probably the biggest decision I've ever made in my entire life,” claimed Kirkman. “Dodge City, being the program that they are, was hard to walk away from but my relationship with Coach O'Brien was the whole reason I went in the first place. She was the one who found me and contacted me. I feel like she is a mentor who has taken me under her wing. She reminds me of the relationship that I have with Coach (Regina) Chills. I know that I will be okay with her, being out in Kansas and away from my family. I needed someone like that to be around me. She will push me to be better on the court and off.”

The Scotties return just one player from last year's team that finished the season 21-4. Highland ranked fourth in the entire NJCAA averaging 92 points per game in the 25 games played. The Scotties reached the NJCAA Tournament semifinals in 2018.

With such a big roster turnover, Kirkman sees an opportunity to make an early impact and continue building on what the program has already accomplished.

“From previous years, they built a foundation of winning championships. And with me coming off a state ring, that's the expectation I have too,” Kirkman stated. “I want to keep building on what they've already started there and compete every game. That's the environment I wanted to step into—something similar to where our program was at in Ripley.”

For the past four years Kirkman has played under the direction of Ripley head coach Steve Willey and helped lead the Lady Tigers to tons of success.

The Lady Tigers reached the 4A state championship game three of the last four years, securing their first state title since 2011 back in March with a 37-30 win over Moss Point to finish Kirkman's senior season with a 32-2 record.

With four years of grooming from Willey and competing with top-notch competition, Kirkman feels ready for the collegiate scene.

“It has more than prepared me, honestly,” said Kirkman. “We've been running the team since our sophomore year when we had to kind of reset things after that senior group left. I couldn't be better prepared to move out here and start that process over. I know my role will be on defense again and look forward to that. I've played some of the best competition in the state while I was at Ripley and we played in a lot of big games so I think I'm ready for this new challenge.”

“Summer is one of the toughest players I've ever been around,” said Willey. “I've enjoyed coaching her and watching her grow these past four years. She always drew a tough assignment defensively in all our games and she never shied away from a challenge. I know she will find success over there.”

The Wall That Heals shirts available