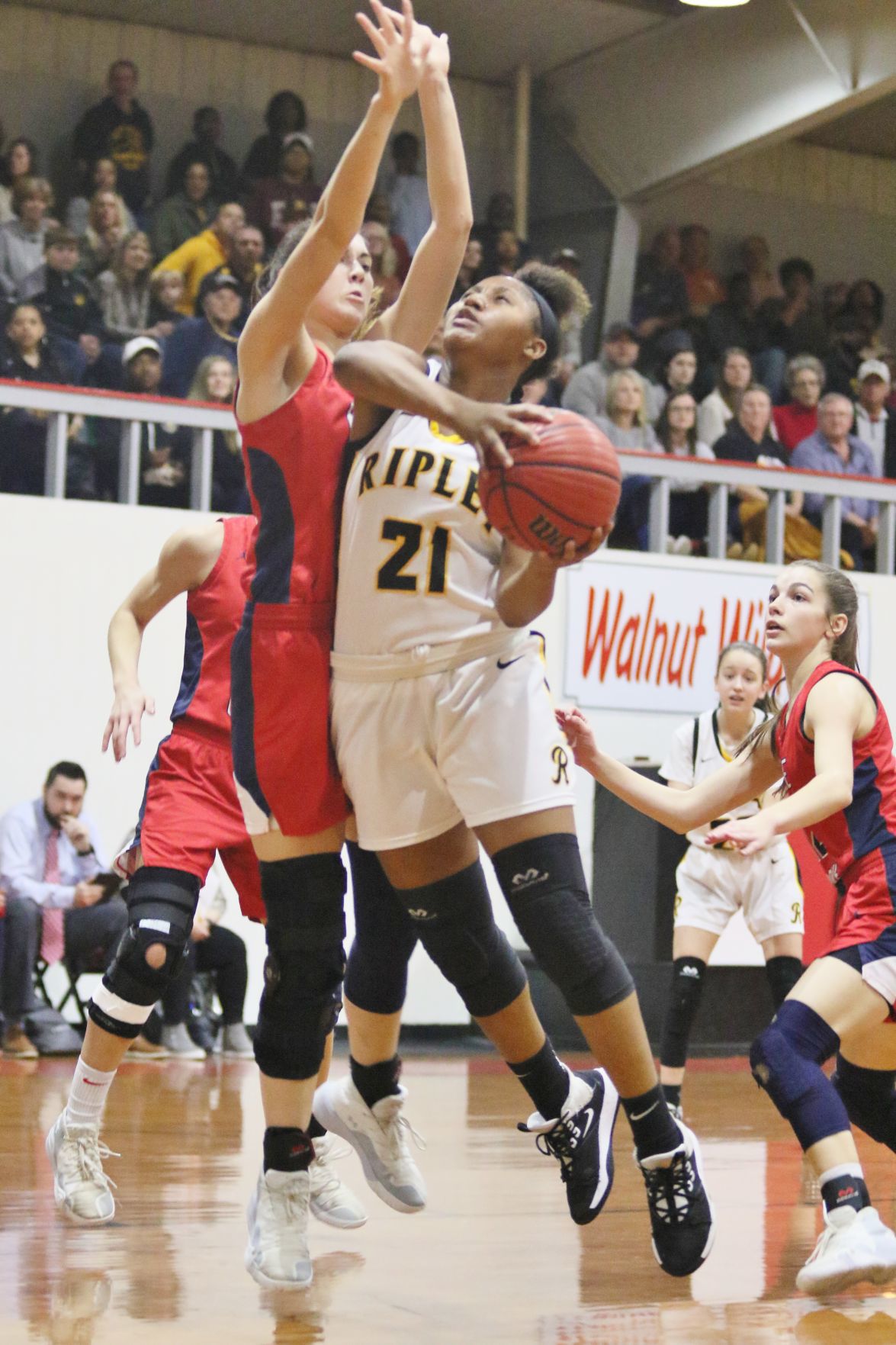 Ripley’s Siarra Jackson scores in the paint over Pine Grove’s Karlie Rogers in Saturday’s championship game of the Tippah County Tournament in Walnut. Jackson scored a game-high 21 points in the victory. 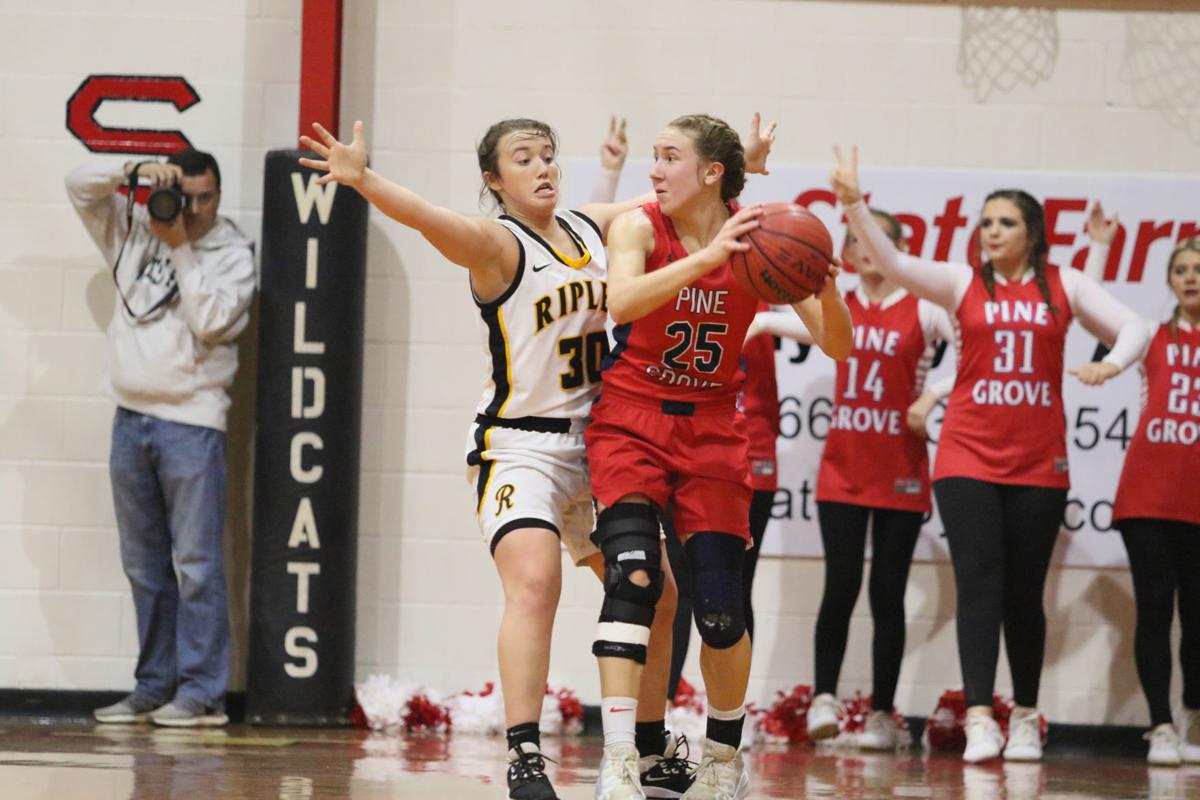 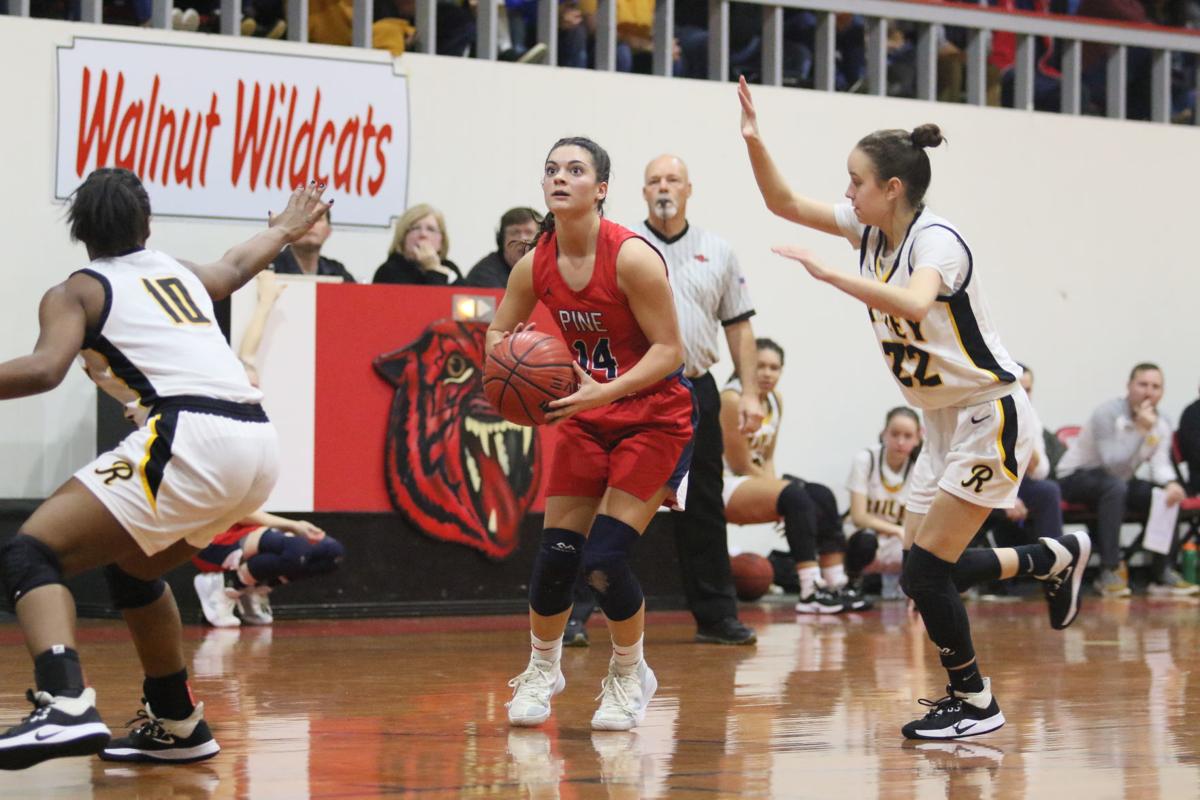 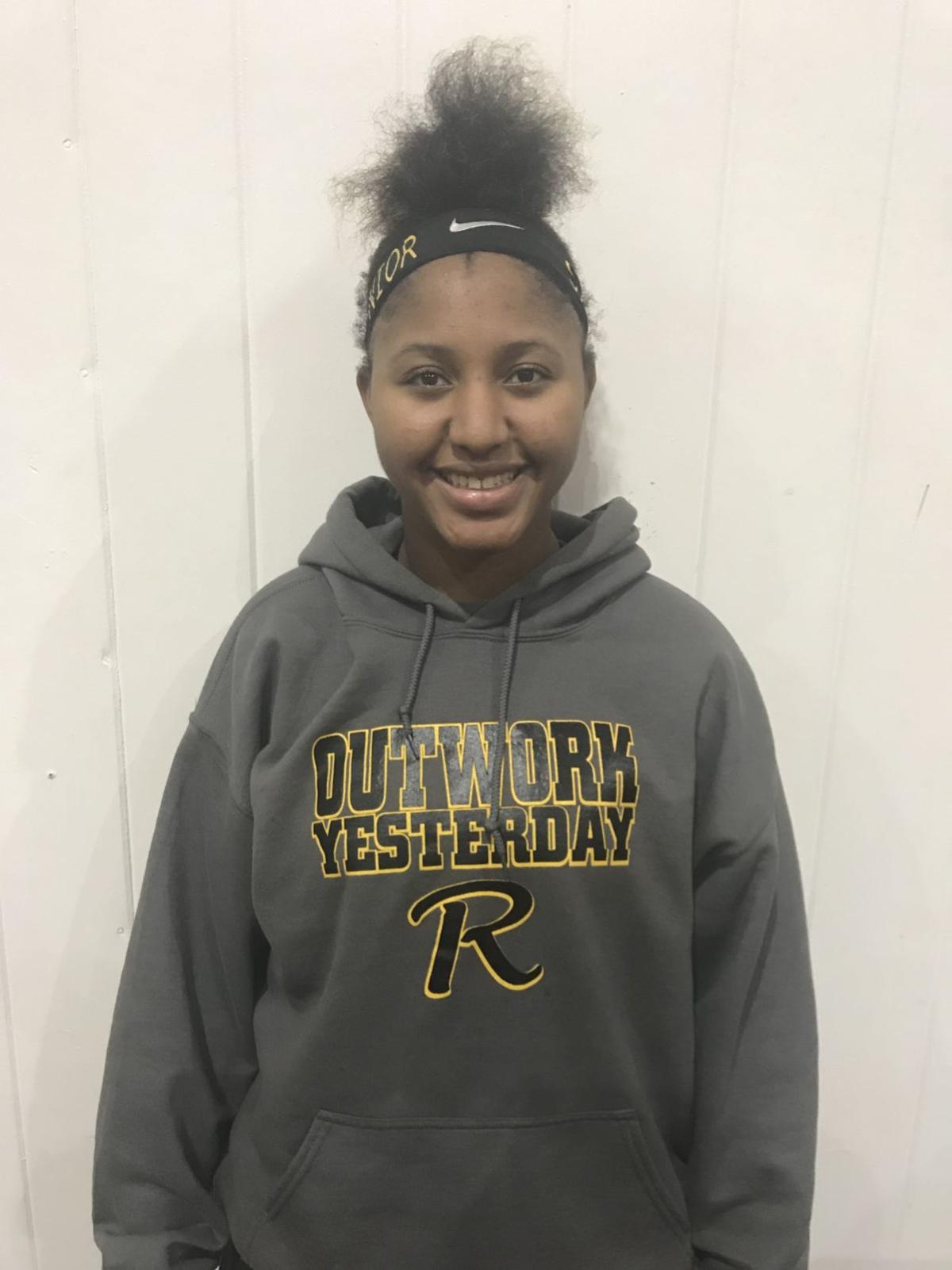 Ripley’s Siarra Jackson scores in the paint over Pine Grove’s Karlie Rogers in Saturday’s championship game of the Tippah County Tournament in Walnut. Jackson scored a game-high 21 points in the victory.

WALNUT • No. 5 Ripley’s girls flexed their muscles in a rematch with No. 10 Pine Grove for the Tippah County Tournament title on Saturday night.

“I think we looked like an experienced team tonight,” said Ripley head coach Steve Willey. “They are as good as a defensive team as we will see and I thought we did a good job with the opportunities that we had.”

The Lady Tigers started the game on a 5-0 run, after their only 3-pointer of the game stripped the net by Skylar Flake. From there, Siarra Jackson began Ripley’s dominance inside the lane. Jackson scored two buckets down low to give Ripley a 10-1 lead midway through the quarter, signaling what was to come.

Jackson finished with a game-high 21 points.

“We tried to get into our high-low game. We have a couple of ways to get into it,” claimed Willey on Jackson’s success. “She did a good job with her back to the basket.”

Ripley built a 20-9 lead midway through the second after a 6-0 run between their two senior guards – Ameyla Hatch and Summer Kirkman.

Pine Grove (14-7) got as close as 10 points to the lead early in the third but Jackson’s eight points in the third pushed Ripley’s lead back to 16 entering the fourth.

Turning Point: Ripley took control of the game on a 6-0 run from Summer Kirkman and Amelya Hatch in the second quarter to build a double-digit lead that was held the rest of the game.

Talking Point: “It’s really hard to make runs against a really good defensive team like that. They speed you up. They controlled it from the tip,” Pine Grove head coach Katie Bates said.