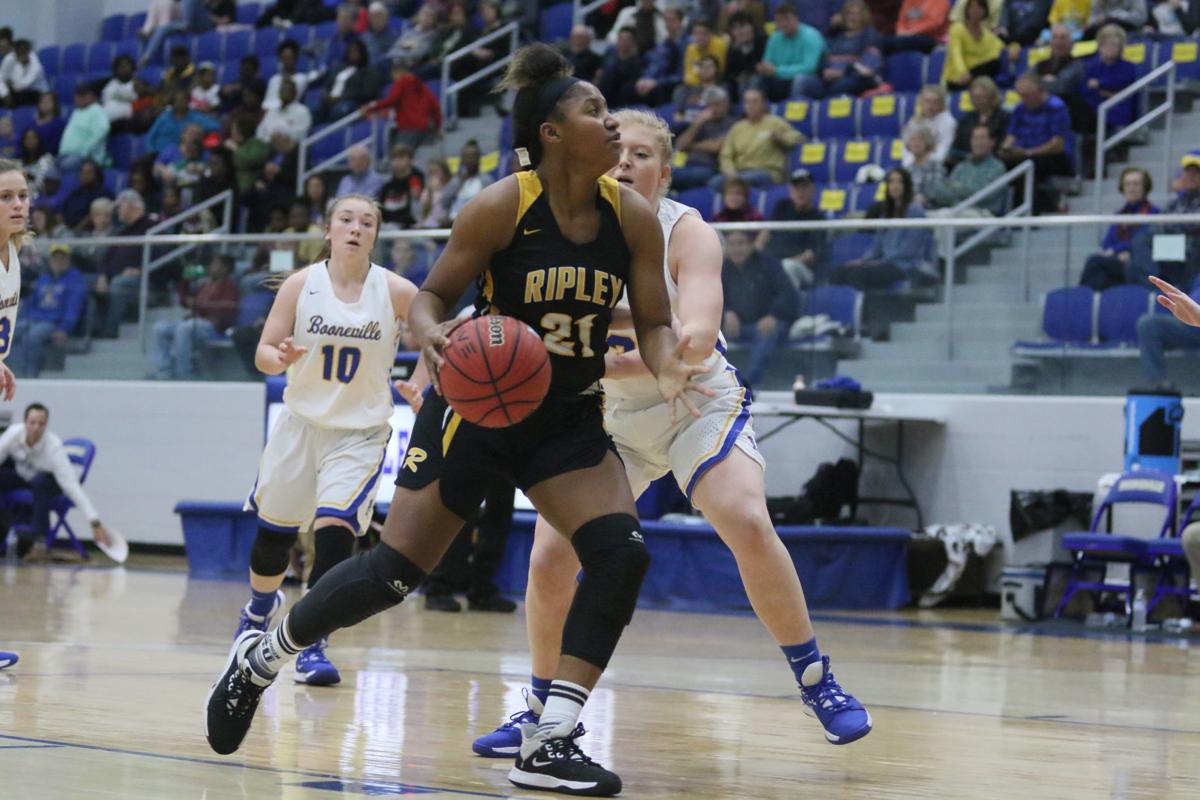 Ripley's Siarra Jackson turns toward the goal for a bucket in their win over Booneville last Tuesday, Nov. 26. Jackson scored a game-high 19 points. 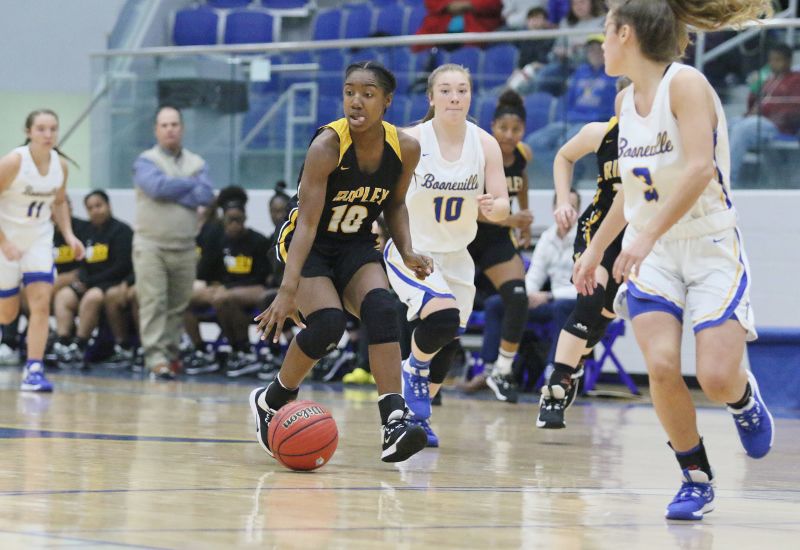 Ripley's Siarra Jackson turns toward the goal for a bucket in their win over Booneville last Tuesday, Nov. 26. Jackson scored a game-high 19 points.

BOONEVILLE • The Ripley Lady Tigers continue to stay on a roll to open the season and they are riding the excellent play of their talented senior group. Ripley popped Booneville 65-27 last Tuesday, Nov. 26  to remain unbeaten on the season.

All 55 of the points from the Lady Tigers in the first three quarters came from four of their seniors. Summer Kirkman started things off with a three-pointer followed by a basket from Rivers Adams for the early 5-0 lead. Booneville scored a quick five points to tie the game with 3:47 left in the first. The Lady Tigers broke the tie with a 9-0 run on back-to-back layups from Siarra Jackson and a three-pointer and jumper from Amelya Hatch.

Jackson opened the second quarter with a layup for a nine-point lead. She went on to score the first six points of the second for the Lady Tigers as they built their first double-digit lead with 6:16 left. Later in the second, Ripley was up eight before closing the first half on a 9-2 run, behind a pair of baskets from Adams, a layup from Hatch and a basket from Jackson plus the foul to carry a 31-16 lead into the break.

The highlight of the third quarter was a 17-0 run by the Lady Tigers that gave them a 53-22 lead. Kirkman's layup with 23 seconds left put Ripley up 55-24 going to the final quarter.

Jackson led the way with 19 points in three quarters of action. Hatch followed her with 14 points. Adams dropped in 12 points and Kirkman added 10.

The Lady Tigers followed their win over Booneville with a 69-38 win over Middleton (TN) last Saturday, Nov. 30. Jackson poured in 27 points, 17 coming in the first quarter, while Hatch added 15 points in the win that moved Ripley to 8-0 on the season. The Lady Tigers open Div. 1-4A play this Friday at North Pontotoc.