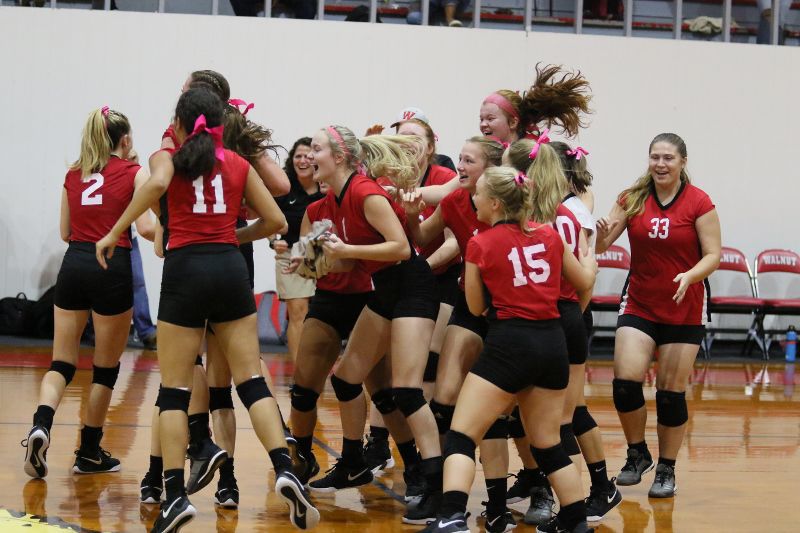 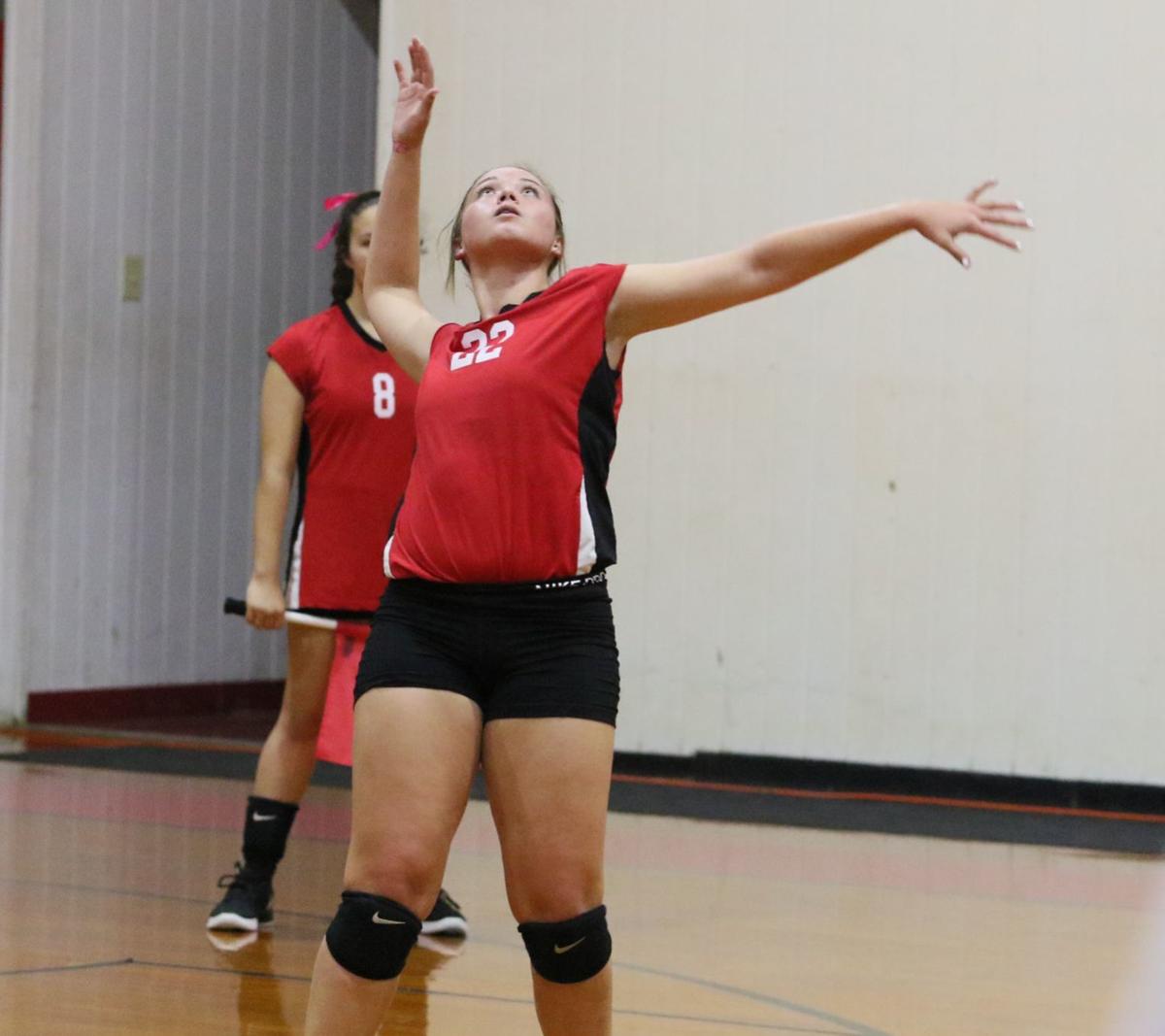 Walnut's Claire Leak swings for a kill in their win over Hickory Flat. Leak finished with a team-high 14 kills and added four service aces.

Walnut's Claire Leak swings for a kill in their win over Hickory Flat. Leak finished with a team-high 14 kills and added four service aces.

WALNUT • The Walnut Lady Wildcats claimed the Class 1-Region 2 championship with a stunning come-from-behind victory over Hickory Flat last Tuesday, Oct. 8. After dropping the first two sets, the Lady Wildcats flipped the script to win the last three sets for the 3-2 win.

In just their second year as a program, this season marked the first for the Lady Wildcats to play in a division and they came out on top in year one.

"This year has just been incredible," said Walnut head coach Kelley Hopper. "Obviously we have had our ups and downs but overall it's been fun. Winning a division is such a huge accomplishment and to do it in our first season competing in a division is a testament to these girls and the work they have put in. They never quit and that attitude and mindset is why we are where we are."

Leak finished the night with four aces and a team-high 14 kills.

"Any team that has Claire on the roster is better for it," said Hopper. "She's not only an athlete but she's a hard worker, a team player and a leader. She has worked extremely hard this season to improve herself so that she is better for her team and I believe her hard work is paying off. She seems to be handling herself, her team and adversity better as the season goes on and we as a team are better for it."

Walnut used the momentum from their huge win in the third set to propel them to a 6-0 start in the fourth behind a pair of aces from Belle Martindale and a kill apiece from Leak and Madi Kate Vuncannon.

Up 16-12 in the fourth, five attacking errors led Hickory Flat to a 6-0 run to take their first lead of the set at 17-16. Later, down 21-20, an attacking error by Hickory Flat led to Walnut scoring the last five points of the set for the 25-21 win. Leak pitched in back-to-back aces and Sarah Martindale finished the set off with consecutive kills.

In the fifth set, Leak and Elyse Story combined to give the Lady Wildcats a quick 3-0 lead. Sophomore Dalana Dollar added three kills as Walnut built a 11-5 lead. Hickory Flat pulled within two at 13-11 but Vuncannon ended the match with a kill and a block at the net for the 15-11 win.

Walnut will get their first taste of playoff volleyball this Thursday when they host Belmont at 6 p.m. in the first round of the Class 1 Playoffs.

"I don't know that you can ever fully prepare for the excitement that playoffs bring," claimed Hopper. "The game against Hickory Flat was probably the closest we have gotten to all of the emotions you experience in the playoffs. So I'm grateful that we had the opportunity to play in that kind of atmosphere. We will continue to work hard at practice and prepare to the best of our ability."