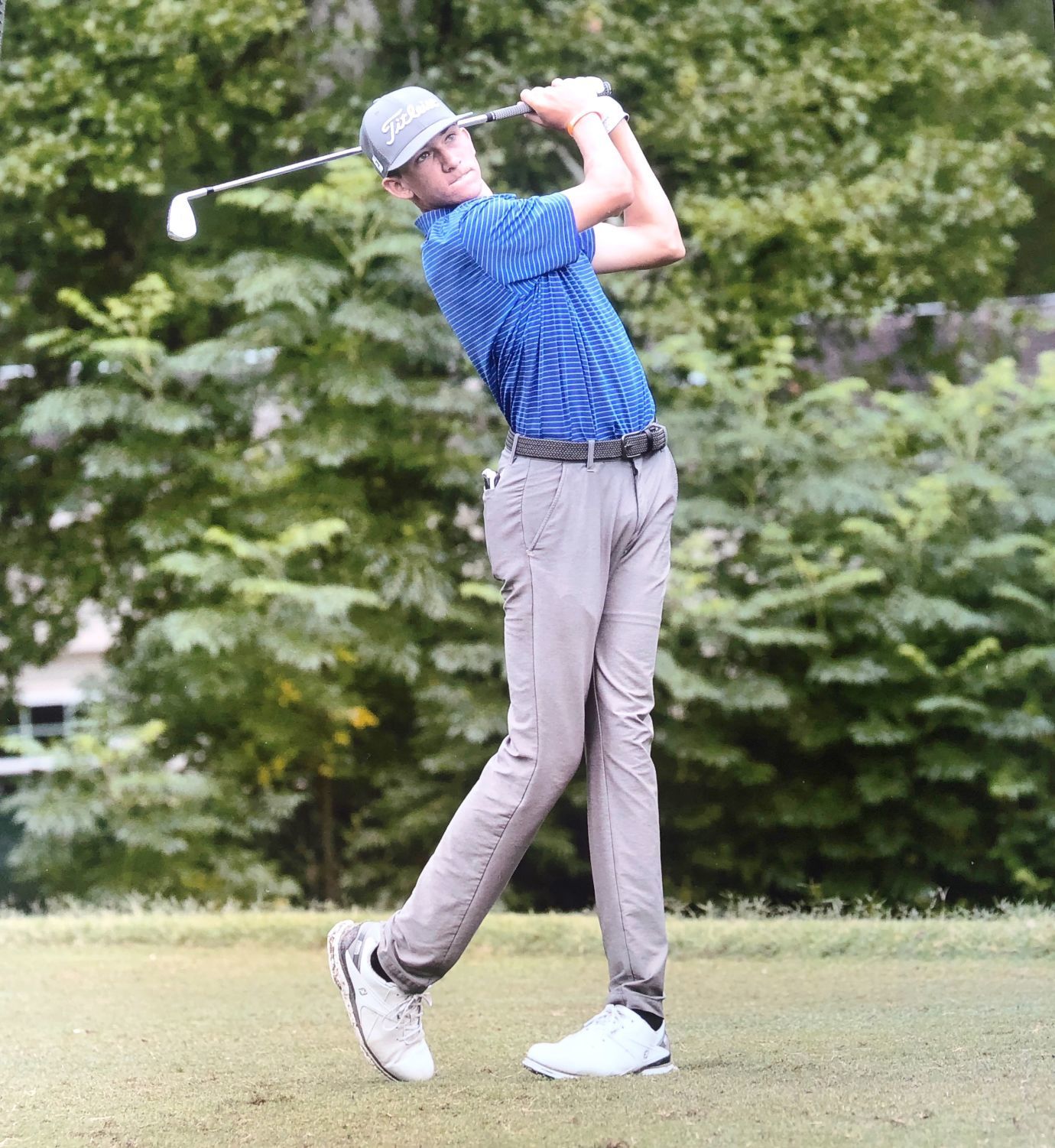 Hickory Flat's Drew Wilson tees off from a par 3 at the Future Masters in Dothan, Alabama. Wilson finished tied for sixth after shooting 3-under par in the three-day event. 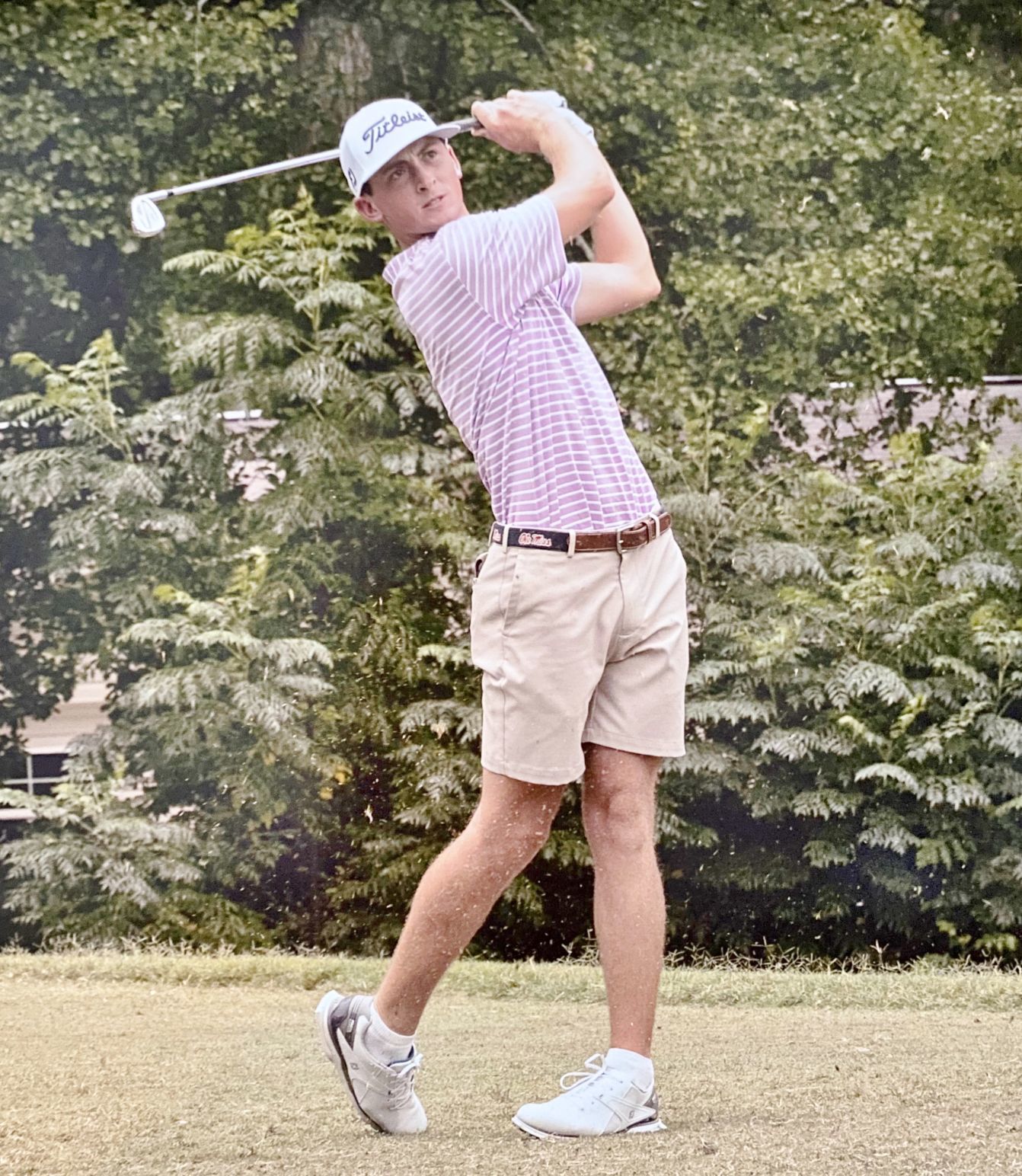 Walnut's Kye Meeks tees off at the Future Masters Tournament in Dothan, Alabama. Meeks shot a three-day score of two-over 212 to finish tied for 25th.

Hickory Flat's Drew Wilson tees off from a par 3 at the Future Masters in Dothan, Alabama. Wilson finished tied for sixth after shooting 3-under par in the three-day event.

Walnut's Kye Meeks tees off at the Future Masters Tournament in Dothan, Alabama. Meeks shot a three-day score of two-over 212 to finish tied for 25th.

DOTHAN, Alabama • Two of the best golfers in Mississippi shined bright on the big stage in neighboring Alabama.

"I'm thankful to be able to play and finish in the Top 10," said Wilson. "I felt like I played pretty good. There was two holes that I messed up on the second day that cost me about four shots. Other than that, I played good those three days."

Wilson ended his first round with a hot streak, notching a birdie on three of the last four holes to end the day 2-under. Meeks sat in 43rd after the first round after a 1-over performance to begin the tournament.

With four bogeys in the second day, Wilson slightly fell down the board entering the final day of competition but made a comeback with a 68 (-2) on the final day with a pair of birdies on the fourth and fifth hole.

"I played pretty solid the first 2 rounds," claimed Meeks. "The last round I thought I was just playing too aggressive and it cost me a little."

For Wilson, his finish is just adding to a great summer on the course where he has one win under his belt and three Top 10 finishes. With several tournaments already played and more to come, the Future Masters was the event Wilson had circled for this summer in hopes of reeling in a scholarship offer from major programs.

His impressive showing caught the eyes of Mississippi State, Auburn and Ole Miss, all of which who have shown interest in Wilson.

"From what I saw he looked really solid," said Meeks on Wilson, as the duo played the final round together. "I think he's going to be hot on every SEC coach's radar if he keeps doing what he's doing."

For Meeks, the tournament in the Yellowhammer State was just his second event of the summer. The Ole Miss signee will compete in the Golden Isles Invitational in Brunswick, Georgia beginning on Thursday and ending Saturday. Mississippi's top ranked golfer has four more tournaments schedule before ending in his final summer at the junior level before enrolling at Ole Miss in the fall.

Wilson is currently competing in Hattiesburg in the Southeastern Junior Golf Tour. From there, he will continue his summer full of golf at the D.A. Points Junior Open at Pekin Country Club in Illinois beginning on Tuesday, July 7 and ending on Thursday, July 9.