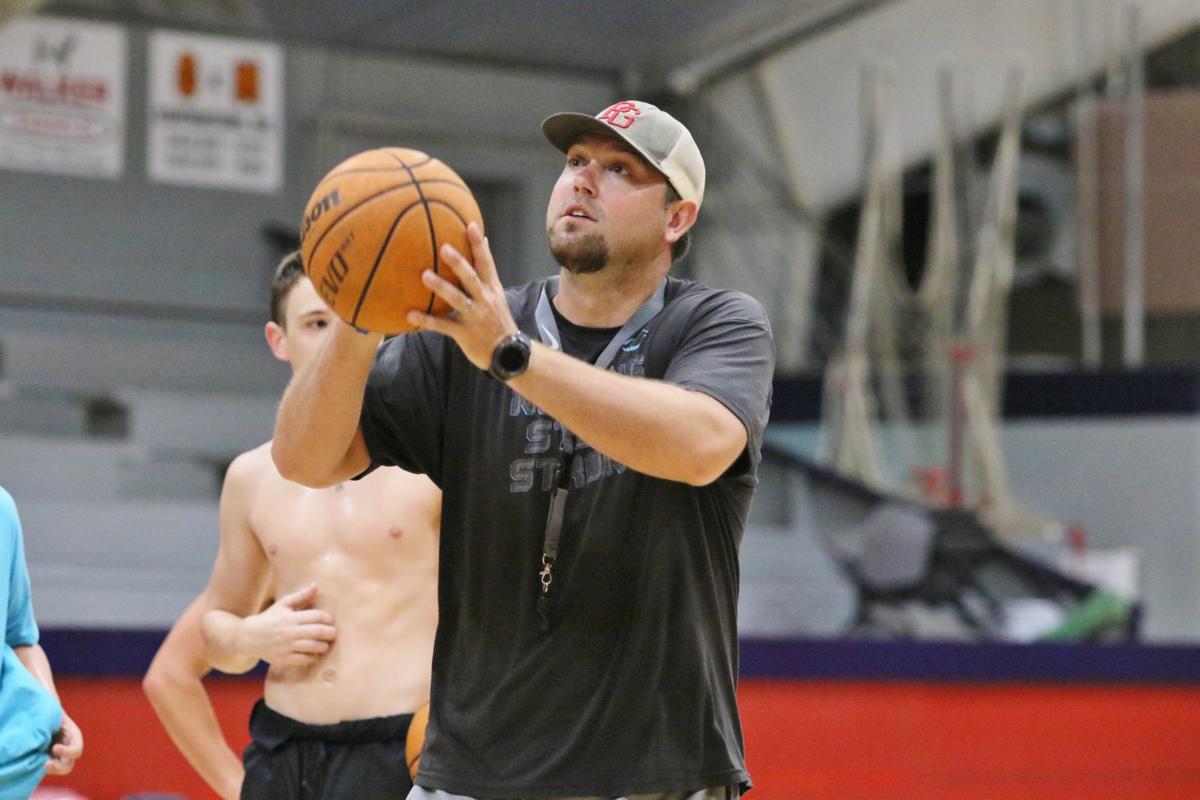 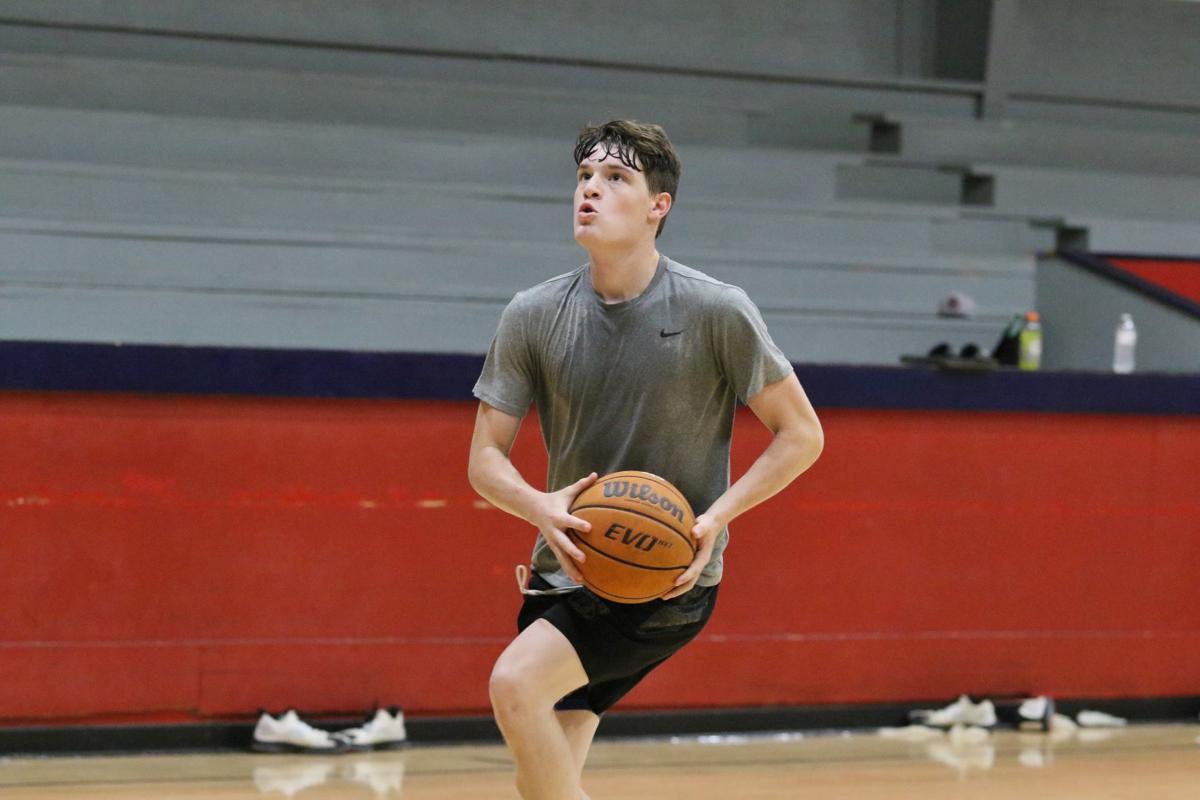 Keaton Wilkerson runs through a full court layup drill in Monday's practice. Wilkerson was mentioned as a younger player that will be called upon to fill major minutes next season.

Keaton Wilkerson runs through a full court layup drill in Monday's practice. Wilkerson was mentioned as a younger player that will be called upon to fill major minutes next season.

PINE GROVE • Jake Walker didn't expect to piece together a 27-6 record in the 2019-2020 basketball season but that is what happened and it led a young Pine Grove team to the Class 1A quarterfinals before being eliminated by Baldwyn.

Building off last season's success comes by the work put in during the offseason and the Panthers aren't wasting their opportunities to get better, practicing three times a week since the MHSAA allowed workouts and practices beginning on June 1.

“It's been going pretty well,” said Walker on the summer workouts. “Attendance has been good. I think our number is at 18 and we've had at least 15 at every workout. My kids were bored. They were ready to get back in the gym. They were calling me beforehand, almost knocking my door down to try and get back in here. So when June 1 rolled around, we had some excited kids. Some of that has probably worn off a little bit but they are still showing up.”

The Panthers lost two seniors, Cade Wilder and Mason Bullock, both of which were starters and played heavy minutes on last year's successful team. While Walker expects those who played alongside Wilder and Bullock to be better this upcoming season, filling in their roles, particularly on defense and on the boards will prove vital to next year's team.

“Defensively we are going to try and do some different things,” Walker claimed. “We've got to get better there. And rebounding is always an issue for us. We've got to find some different guys to do that. Cade stepped in and Mason both were big rebounders for us. You have to work out here to fill that role. Overall, you lose two starters and you think 'I've got to fill in' but I think the guys that played are going to get that much better and we will fill in with some other guys. I think our depth is pretty good. We have some question marks but we have a handful of guys that I think can play and fill some minutes.”

Two players that have stood out a month in of summer practices are sophomore Keaton Wilkerson and senior Noah Clark—both received their minutes off the bench last season.

“Keaton's role is going to change. He's going to have to play a lot more than he did last year,” said Walker. “Noah Clark has done a good job. He's a senior that I believe will be able to fill a role for us. And we have some more younger guys that are question marks. Some of them are good at one thing and not so good at another so we just kind of have to fill in with what we need and go from there.”

With younger and less experienced players stepping up, point guard Carson Rowland is still the focal point of the Panthers. The rising junior broke out onto the scene in a major way as a sophomore, averaging 19.5 points, 4.8 rebounds, 4.3 assists and 2.6 steals as his efforts led him to the Div. 1-1A Co-MVP honors and a third team selection on the Daily Journal's All-Area Team.

As Rowland continues to develop his craft on the court, he remains a leader in the locker room that is helping his team navigate this uncertain time.

“At the beginning of last year he began to take that (leadership) role on,” said Walker on his star point guard. “When your best player is your hardest worker, I know that's cliché, but it usually works out. We've got some young kids that he has taken under his wing and coached them along and helped build them up. I expect really big things out of him the next two years.”

Rowland, along with the sharpshooting ability of sophomore Jack Hudson and the rest of the youthful roster gives the Panthers a formidable unit that can position themselves for another deep playoff run—that is if or when the season can be played as the novel COVID-19 pandemic continues on.

Walker is clinging on to a small glimmer of hope that his team can take the floor against other competition come November but isn't taking the present time lightly because he understands how quickly it can all be taken away.

“I've got to have a plan. I got to know exactly what's happening and this whole situation has got me rattled,” said Walker. “I don't know. I just have to take it a day at a time. That's what I told my wife this weekend. I'm going to wake up and enjoy this Monday workout because at any point we can be sitting out for two weeks or sitting out some more.

“I enjoy coaching and I enjoy being around my kids and I know how much it means to them. I just hope there is some way we can give them a season and do it safely.”