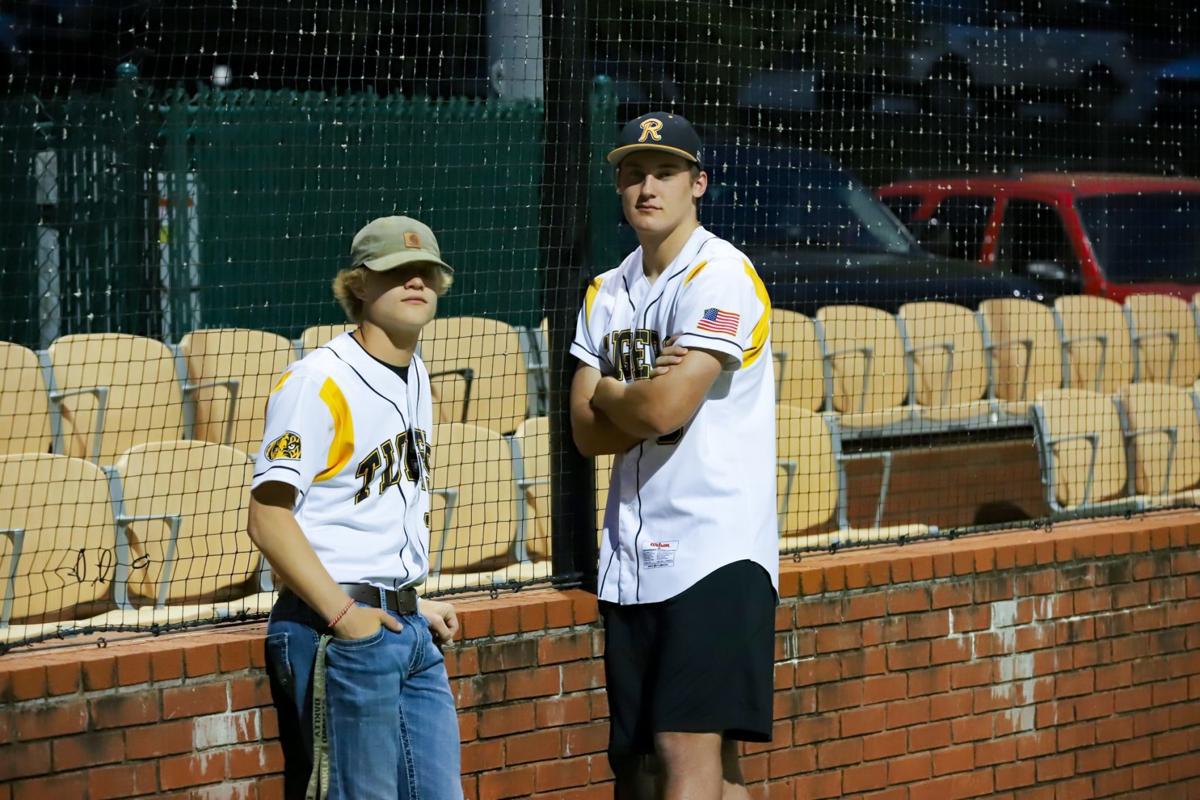 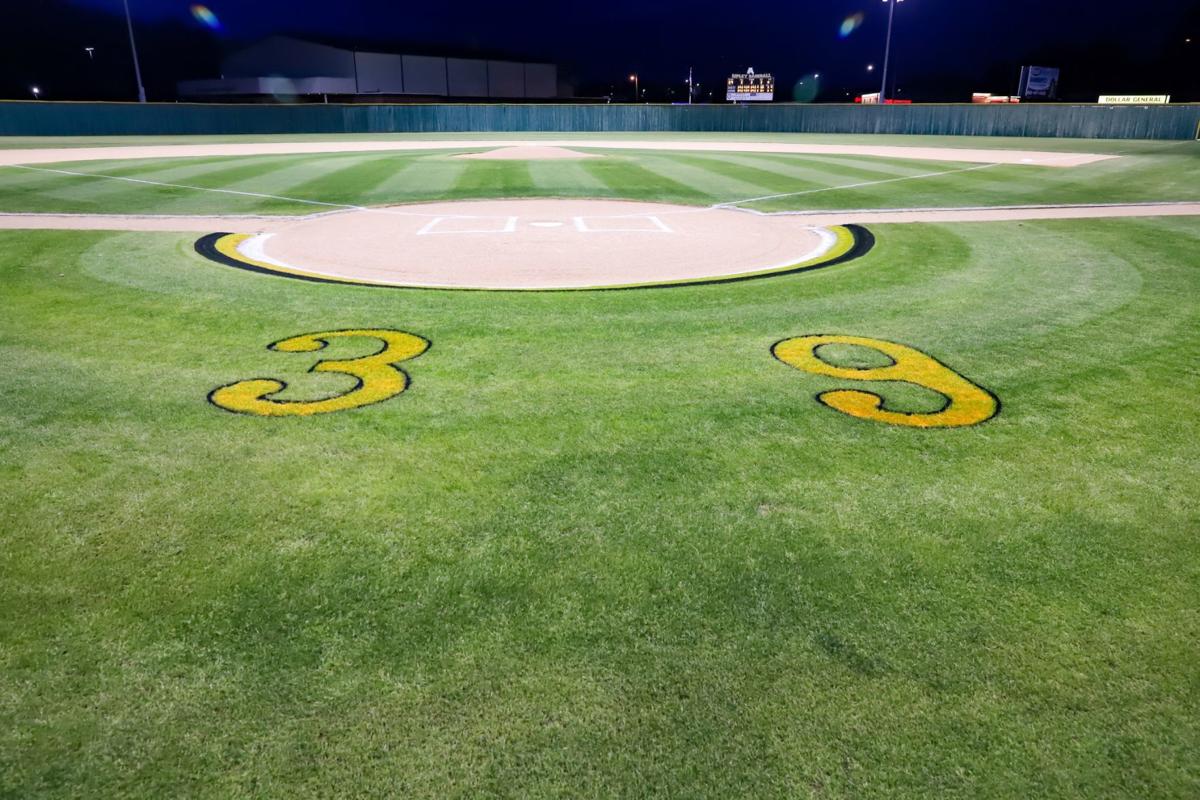 The No.3 and the No. 9 was etched in gold paint behind home plate last Friday during last Friday's senior night held at Tiger Field to honor Storm Lowry and Cade Davis. 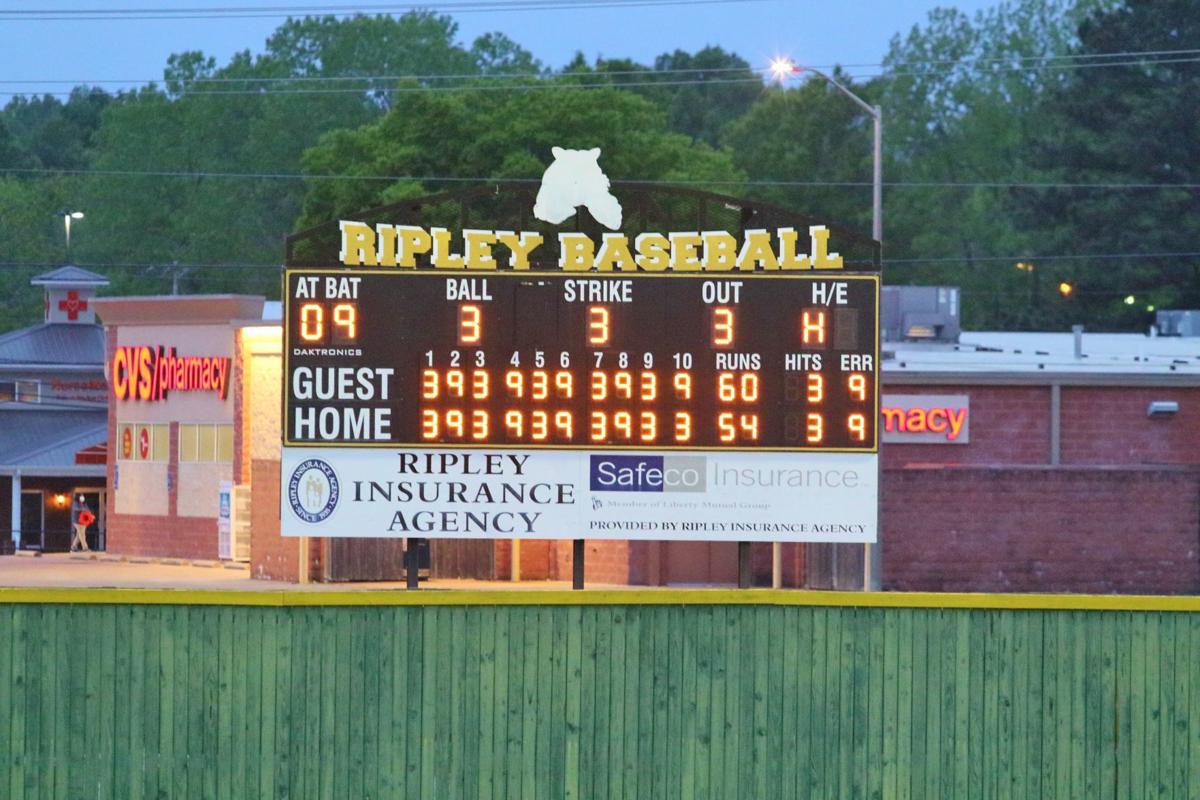 Ripley seniors Cade Davis and Storm Lowry were honored Friday night, with their jersey numbers – Lowry No. 3 and Davis No. 9 – shown on the baseball scoreboard. 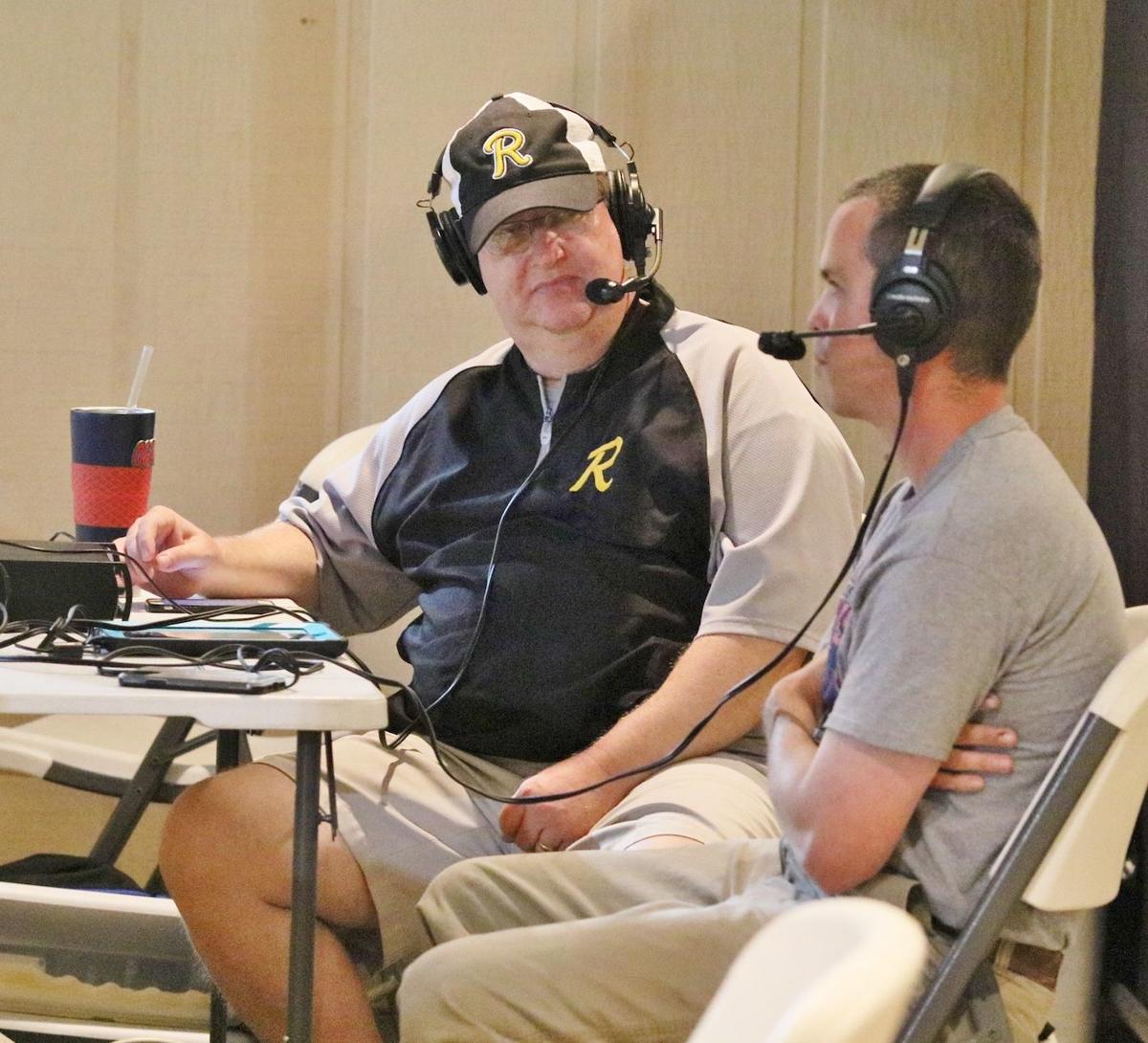 The No.3 and the No. 9 was etched in gold paint behind home plate last Friday during last Friday's senior night held at Tiger Field to honor Storm Lowry and Cade Davis.

Ripley seniors Cade Davis and Storm Lowry were honored Friday night, with their jersey numbers – Lowry No. 3 and Davis No. 9 – shown on the baseball scoreboard.

RIPLEY • Like many other senior athletes, Cade Davis and Storm Lowry did not get the closure they wanted to their final high school season.

With a tough division slate on the horizon, the two seniors were looking forward to the grind, hoping to make yet another deep postseason run with the Tigers. But after the Mississippi High School Athletics Association announced last Wednesday, April 15 that the spring sports period is now officially cancelled, their hopes are gone.

Usually the last regular season home game, each school holds a "Senior Night" celebration for their senior athletes to honor them but with the sudden end to the season, Ripley baseball found a different way to honor both Davis and Lowry this past Friday night.

The lights at Tiger Field were lit up, the field was mowed, the dirt was dragged, the lines were painted and behind home plate the No. 3 and No. 9 were stenciled in the grass with gold paint. Even the scoreboard was shining with the No. 3 and No. 9 alternating between each inning on the board. In the press box, Ripley head coach Joel Gafford joined Michael Harrison, where the two spoke for over 30 minutes about the seniors over the radio on 102.3 FM and on the Mixlr radio app.

Davis and Lowry stood outside the vehicles where their families had parked, right next to the bleachers while their teammates and Tiger fans all sat on the hillside, listening in.

"It's not what we expected at all," said Gafford. "But we still wanted to honor these two guys and the whole team really. You just hate to see the way things panned out for Cade and Storm with this being their senior year."

The heartache of losing your senior season is one that is bearing on both Davis and Lowry. Gafford sympathizes with his seniors as well. In an unprecedented time, Gafford looks at past experiences where that heartache was on another level, losing two former Tigers—Daniel French and Josh Martin to car accidents. Gafford said he remembers those moments to help him realize how blessed his team is to still have each other and hopes it will help them navigate through this trying time.

"Obviously it's unfortunate but a lot of times after we lose a game, I have to try and calm myself down and put things into perspective when I talk to the boys," claimed Gafford. "As much as this stinks, this still isn't the worst thing our baseball program has experienced since I've been here. You look out there and see those two jerseys on the fence—that was worse than not getting to play. So trying to keep things in perspective, we started with 18 guys on the roster and we finished with 18 guys on the roster."

The Tigers were off to a 7-3 start on the season, winning five games in a row at one point before falling to Amory 11-4 on Friday, March 13. The loss to the Panthers proved to be their final game of the season.

"Everybody always talks about your senior year and how that is the one that matters," said Lowry. "Everybody says once you lose baseball and you graduate, then you're always going to want to have one more game. Nobody knew that Amory was going to be our last game and we ended it on bad terms. It just makes it feel even worse that it just came out of nowhere."

Lowry and Davis have had an incredible four-year run with the Tigers. In their career, the duo holds a 71-25-1 overall record and competed in three-straight third round playoff series in Class 4A, including a North Half appearance their freshman season in 2017.

The high points of their high school careers were also met with some low points. Both players had to overcome devastating injuries in their four years.

After his freshman season, Davis suffered a gruesome elbow injury on his right arm.

"I was pitching for a tryout and my Tommy John ligament cut off from my elbow bone, basically," described Davis. "So my recovery was like those who have had Tommy John surgery."

Davis bought into the recovery and bounced back with a stellar sophomore season going 8-1 on the mound, pitching 53 innings, striking out 50 batters and boasting a 2.37 ERA. Davis was named the Div. 1-4A Pitcher of the Year in 2018.

The 6-foot-6 right hander was the Tigers' ace over the last three seasons and was putting together an incredible senior season before it ended. In three starts, Davis went 2-0, pitching 21 innings, giving up just 12 hits and no earned runs. The East Mississippi Community College signee totaled 35 strikeouts to just four walks, boasting a .762 WHIP.

Lowry's injury list is much more extensive than that of Davis. Lowry suffered a painful hip injury that required surgery in his sophomore season. Rehabbing from that hip surgery, Lowry pushed himself over the limit and it caused another injury, this time to his throwing shoulder.

"I was playing second base and my hip gave out because it wasn't strong enough yet and I tried to dive for the ball and caught myself as I was falling and tore my labrum," Lowry described.

As a senior, Lowry needed a third surgery on his hip. On Oct. 1, 2019, Lowry went under the knife yet again. The doctors ordered a six month recovery timeline but with baseball season on the horizon, Lowry pushed himself, going to rehab at least three times a week in order to be back in time for the season. His persistence allowed him to play in all 10 games of his senior season.

Losing their senior season is just another mountain of adversity that Davis and Lowry will have to climb. But the lifetime of memories of playing baseball for Gafford and assistant coach Caleb Reno, along with their teammates, is what both players said would help them overcome.

"I idolize the coaches that we had because there is not many coaches like them," said Davis. "They are different—a good different. And not many people were blessed like that, to have coaches that will run you and work you until you meet the standard they expect you to meet."

"Coach Gafford and Coach Reno, they aren't like many coaches," Lowry added. "They are more than coaches to me, they are my friends. I can go to them with anything. They helped me realize it was more than just baseball."

Lowry concluded with this statement:

"There is nothing like putting on that Ripley jersey and coming to the games knowing I'm getting play with some of the best players that has came through this area. There is no better feeling than knowing I've played with some Division 1 athletes. It's just special to me that I've been on the field with them and I can call them my brothers."