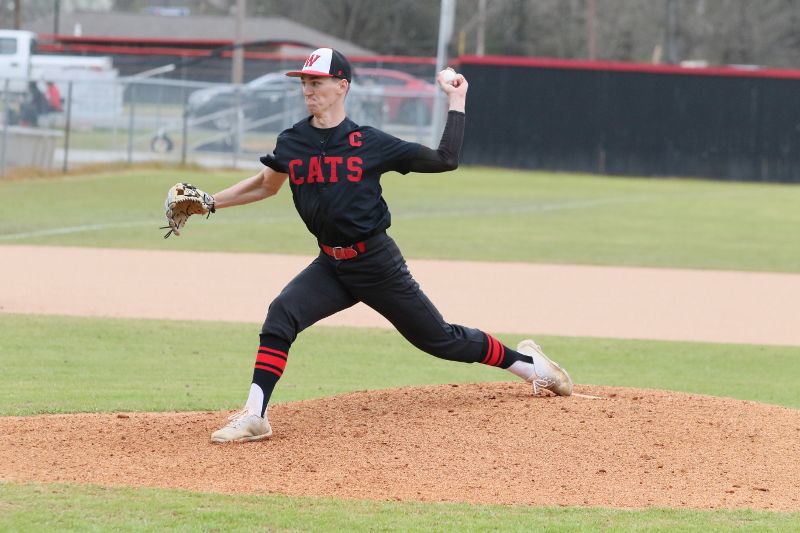 Walnut's Riley Robinson holds a career 2.00 ERA, giving up just 41 earned runs in 143.2 innings pitched and striking out 182 batters over a five-year span. 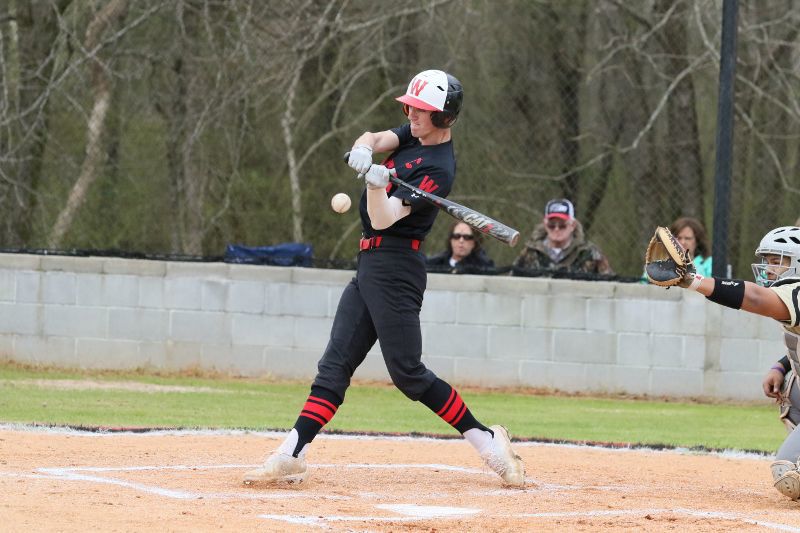 Walnut's Riley Robinson holds a career 2.00 ERA, giving up just 41 earned runs in 143.2 innings pitched and striking out 182 batters over a five-year span.

WALNUT • Riley Robinson was off to as hot of a start to the 2020 baseball season as he could have hoped for but the COVID-19 pandemic put a stop to what was lining up to be a record-breaking season.

Walnut started the season 4-7 before it all came to a halt but Robinson was a major highlight of those 11 games. As the leadoff batter, Robinson touted an outstanding .533 batting average in 40 plate appearances, notching 16 base hits, including three doubles and a triple. The senior came around to score 16 times and only struck out twice all season.

On the mound, Robinson matched his efforts that he was providing at the plate. In four starts, the left-hander hurled 21.2 innings, giving up just five earned runs on 15 hits and struck out 35 batters.

"I was devastated to find out that I had played my last high school game and didn't even know it," said Robinson.  "Baseball has been a part of my whole life and what I’ve devoted all my time to. Everything felt like it was going right this season and I was just in the zone every pitch. My arm felt great and I was pitching with a lot of confidence."

Robinson's baseball career at Walnut got off to an earlier start than most. In the eighth grade, Robinson was asked to join the high school team where he played in all 28 games that season. The Wildcats broke through with their first playoff win since at least 1999 in Game 2 of the first round matchup with Calhoun City.

Over the span of five years, Robinson continued to make school history. As a junior, Robinson pitched a perfect game in a Div. 1-2A matchup with Strayhorn. Walnut defeated the Mustangs 12-0 in five innings, where Robinson  struck out all 15 batters he faced on just 63 pitches.

Robinson's perfect game was just a part of an incredible junior season. After batting .392 with 15 RBI, eight doubles and two triples and striking out 84 batters over 59.1 innings pitched, Robinson became just the second player in Walnut history to be named to the All-State team. Robinson was named to the second team utility slot with his efforts all over the diamond.

"Riley is just a competitor," said Walnut head coach Ben Wallis. "He is going to try to be the best at whatever he does, and he usually is. He competes at practice, the weight room, and in the classroom. He’s just a gritty, go-getter. He’s what you want in a ball player and a leader for any team. He’s a true five-tool athlete. He also could have been one of the most versatile players around if he wasn’t left-handed. He probably could have played shortstop if I would have given him the chance. It is extremely rare for a guy to be a varsity starter for 5 years."

In a shortened senior season, Robinson made history yet again, breaking the school record with 16 strikeouts in a 7-0 win over Alcorn Central. Walnut's ace allowed just four base runners all night, giving up just two hits and two walks to the Bears.

"Playing for Walnut has been the best five years of my life," claimed Robinson. "I have learned so much about baseball and what the game really means to me. Back in eighth grade, I was just a little kid trying to get a spot on the field. I knew I just needed a little confidence and that was  something that I’ve been working on and has driven me to become a better player. I’ve grown more mature as a teammate and friend. I wouldn't trade these five years for anything."

Where Robinson stands out on the field, he also stands out in the classroom, where he was recently named the salutatorian for the Class of 2020 at Walnut.

Robinson has big plans for the future, where baseball will go on the back burner as he chases a dream to become a nurse anesthetist. He said after working in a hospital for a while, he hopes to one day own his own practice.

His efforts in the classroom will place him inside the Walnut Hall of Fame but his efforts on the diamond over the last five years will have him remembered as one of the greatest to ever play at Walnut.

"Personally I think he is the best to do it at Walnut," said Wallis. "I’ve only been here five years but I just can’t see anyone being able to do all the he was able to do on the mound, at the plate and in the field."

"I believe that l am one of the best that’s come through Walnut," added Robinson. "That’s what I’ve worked so hard for all of these years and I think I can say that. I know there has been some really good players that has played here and just to be mentioned with them is an honor."