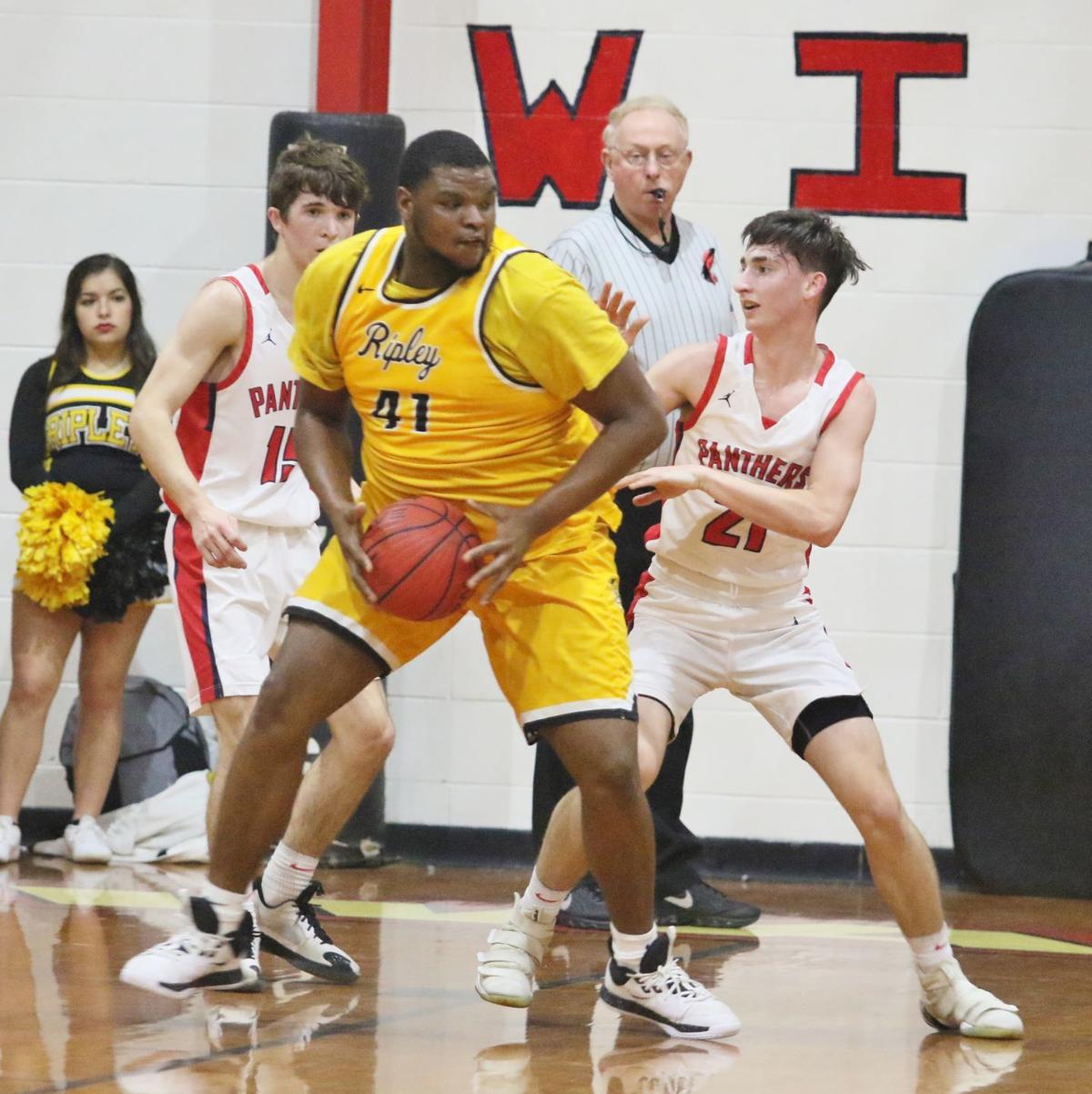 Ripley's T.J. Storey works down on the post against Pine Grove's John Bullock. 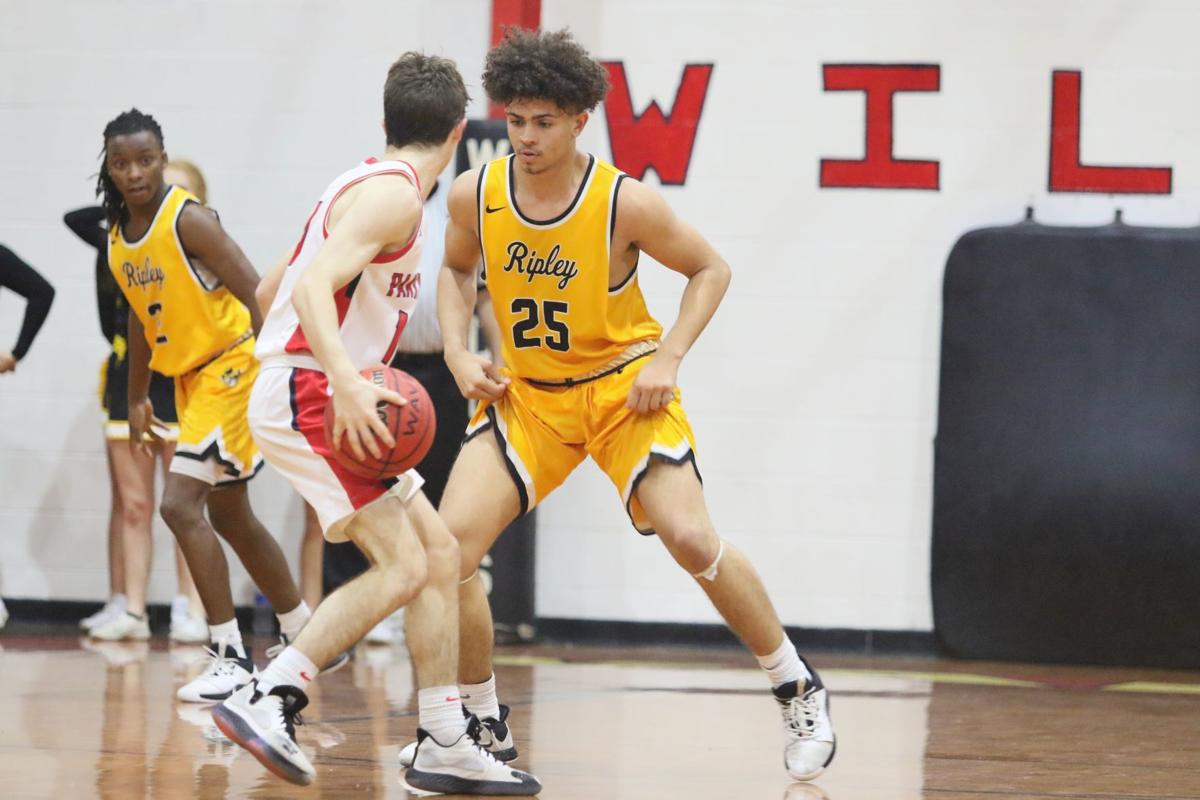 Ripley's T.J. Storey works down on the post against Pine Grove's John Bullock.

The Tigers won in convincing fashion. In the first quarter, Ripley pressed a young Panthers squad and forced Pine Grove into some early turnovers. Ripley took those turnovers and turned them into a 10-0 lead by the 5:09 mark of the first. The Panthers got on the board with a layup from freshman Keaton Wilkerson with 4:53 left but remarkably enough, Pine Grove was held scoreless the rest of the first half.

Ripley built a 21-2 lead by the end of the first quarter and added 17 points in the second quarter to lead 38-2 at halftime.

Pine Grove's point guard, Carson Rowland, played the first three minutes of the first quarter and once the rout was on, he exited the game after dealing with a sickness. Rowland's presence was certainly missed by the Panthers, indicated by a lopsided halftime deficit.

In the third quarter, Pine Grove outscored Ripley 23-14 behind the hot three-point shooting of freshman Jack Hudson. Hudson nailed four 3-pointers and sunk two free throws as he poured in 14 points. John Bullock added a three-pointer in the third as well to go with six points from Mason Bullock. That trio proved to be the only Panthers to score in the second half with Hudson leading the way with a game-high 17 points.

The Tigers sit at 16-2 on the season and remain ranked No. 3 in the Daily Journal's Area Basketball Rankings. Pine Grove falls to 16-3 on the season after being held to season-low 33 points.

The 2013 Blue Mountain Cougars remain the last team to knock off the Tigers in a county tournament game.