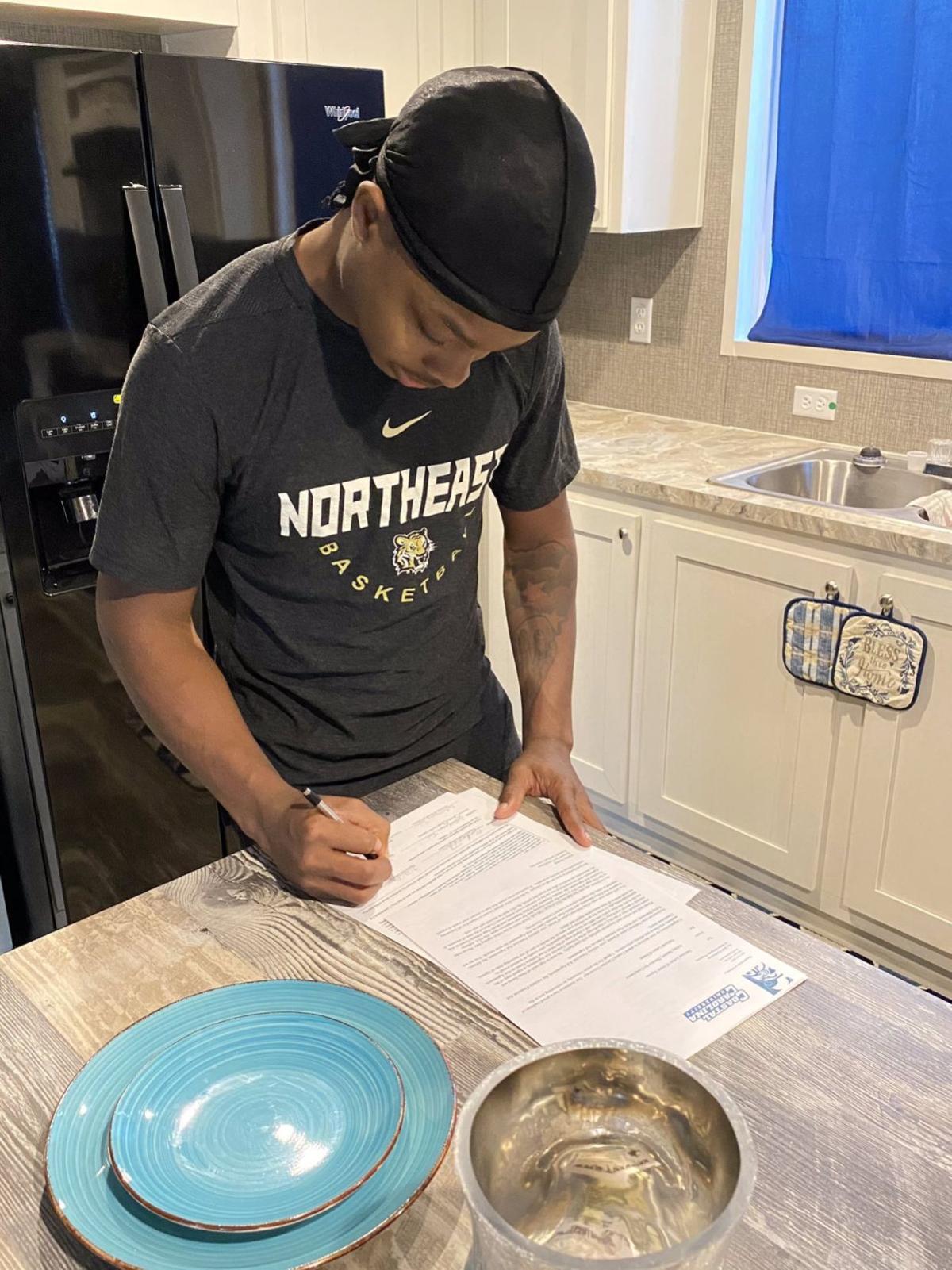 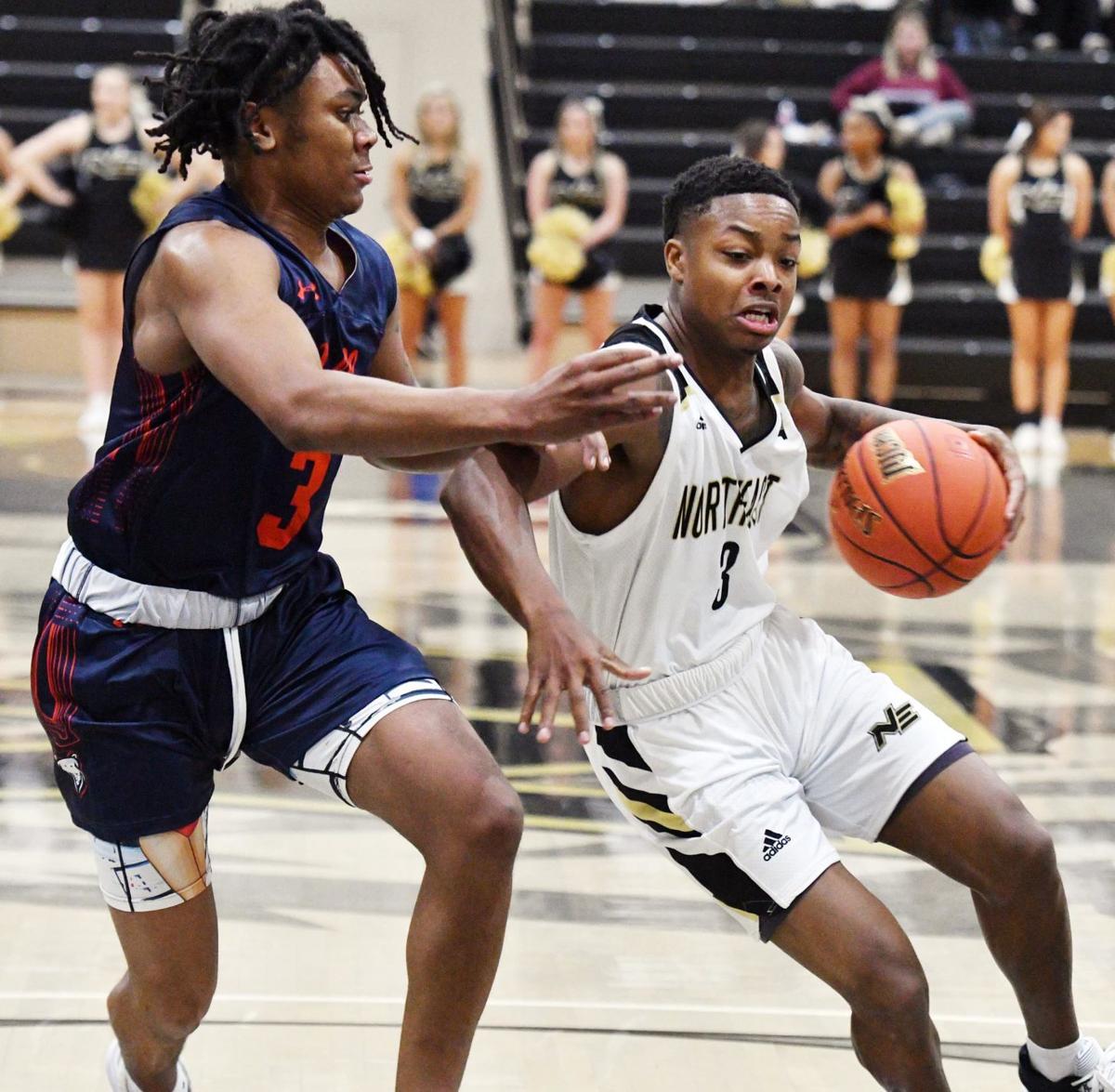 DeAnthony Tipler will take his talents to Coastal Carolina University after averaging 20.4 points per game in his sophomore season at Northeast Mississippi Community College.

DeAnthony Tipler will take his talents to Coastal Carolina University after averaging 20.4 points per game in his sophomore season at Northeast Mississippi Community College.

ASHLAND • DeAnthony Tipler made his journey to the Division 1 college basketball level official on Wednesday, April 15, where he signed his national letter of intent to play for Coastal Carolina University.

Tipler committed to the Chanticleers on Monday, April 13, just two days prior to his signing.

"Coastal (Carolina) is the right place for me," said Tipler. "They have a winning program and a bunch of great players. I really like the coaching staff there. I think they can help me develop and I can't wait to get on campus and get to work."

Tipler helped Northeast Mississippi Community College (NEMCC) to a 24-3 overall record and a North Division championship in his sophomore campaign, where they finished the season with a loss to Pearl River in the MACJC Championship and a loss to Northwest (NWCC) in the NJCAA Region 23 Tournament.

The six-foot guard led the Tigers with 20.4 points per game, good enough for the leading scorer in the entire MACJC and 31st in the NJCAA. Tipler added 4.8 rebounds and four assists per game. The sharpshooter nailed 37.8 percent of his shots from three-point range and shot 85.5 percent from the charity stripe. His outstanding numbers landed him a first team All-State selection from the MACJC as well as an All-American label from the NJCAA.

Tipler's recruitment was a whirlwind of sorts. Just two days after his season-high 41-point performance against East Mississippi back in January, the former Northeast Mississippi Community College (NEMCC) guard picked up his first Division 1 offer from Troy. Following his incredible sophomore season for the Tigers, Coastal Carolina, Prairie View A&M, Jackson State and Portland University all came calling for his services.

In early April, Tipler announced on social media that he was committing to Portland. His commitment to the Pilots was short-lived as he decommitted from the Pilots on Saturday, April 11. Two days later, he chose the Chanticleers.

"I wanted my last two years of college basketball to be secured by the same coaches that recruited me so I wouldn't have to transfer if anything bad were to happen, like a coach getting fired over a bad season or anything like that," stated Tipler.

The Coastal Carolina Men's Basketball program ended this past season on a sour note. The Chanticleers lost 10 of their last 15 games, including a 70-65 loss to Appalachian State in the second round of the Sun Belt Conference Tournament to end their season just under .500 at 16-17.

Coastal Carolina's coaching staff made a point to go out and recruit players who have a track record of not only being good players, but winners as well. That is where the signing of Tipler was crucial.

"DeAnthony has won everywhere he has played. He has put up really big numbers against good teams and he is a talented young man who can really shoot and score the basketball," said Coastal Carolina head coach Cliff Ellis in a press release following Tipler's signing.

Tipler also believes he can bring his winning ways to his new team.

"I know for a fact we will have a winning season next year," Tipler said emphatically. "We were on a few pieces away this year from having a really good team. I think that with me and the other guys we signed, we can do something really special there."

The Chanticleers lose three seniors off of this past year's team plus the loss of Keishawn Brewton, a guard who decided to transfer from the program in Feburary. Brewton and two of those seniors made up the team's second, third and fourth leading scorers. The trio combined for over 37.2 points per game.

The need for more scoring options is something that allured Tipler to them.

"Mr role on next year's team is to put the ball in the basket and make plays for my teammates," claimed Tipler. "I think I can do that at a high level."

The 682-mile difference between Conway, South Carolina and Ashland will take some getting used to for the 20-year old. No matter the distance, Tipler is just happy to have his chance at the Division 1 level.

The journey began at a small 1A school in Ashland, then continued at a community college in Booneville, and now he will play at a university that has over 10,000 students.

"Having this opportunity to play Division 1 basketball is a dream true," Tipler said. "And that's the only thing I needed, was a chance so I'm going to take full advantage of it."