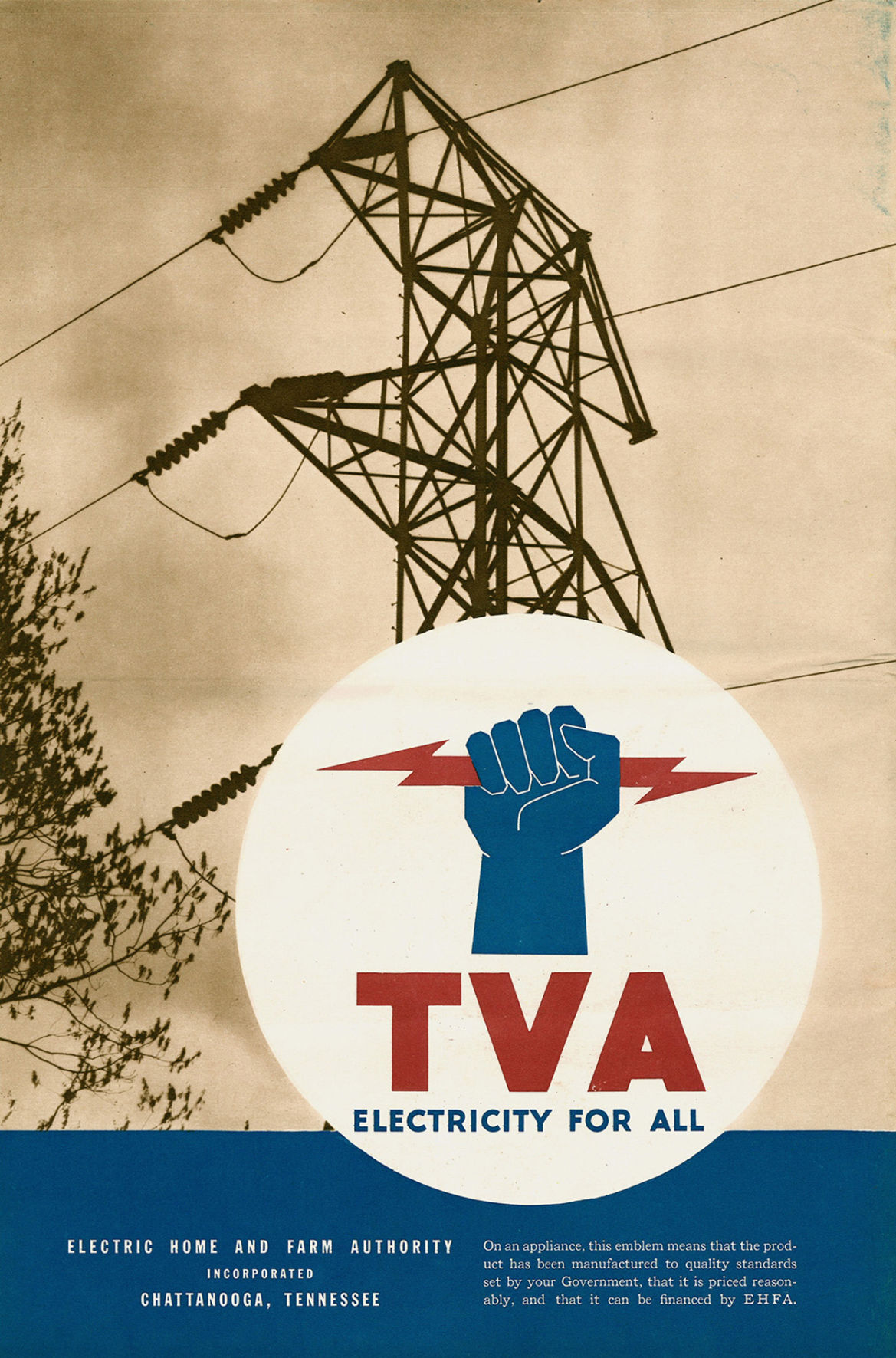 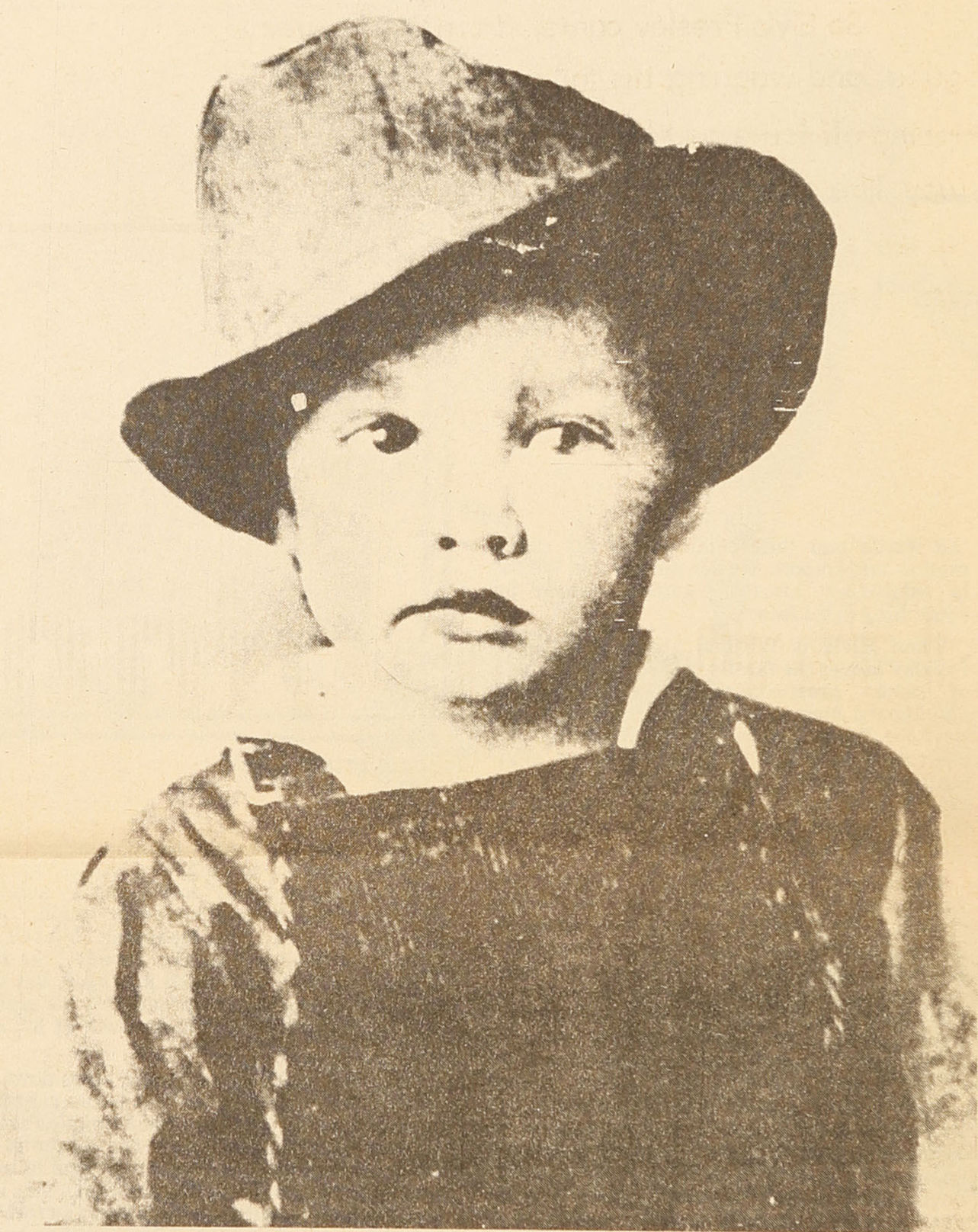 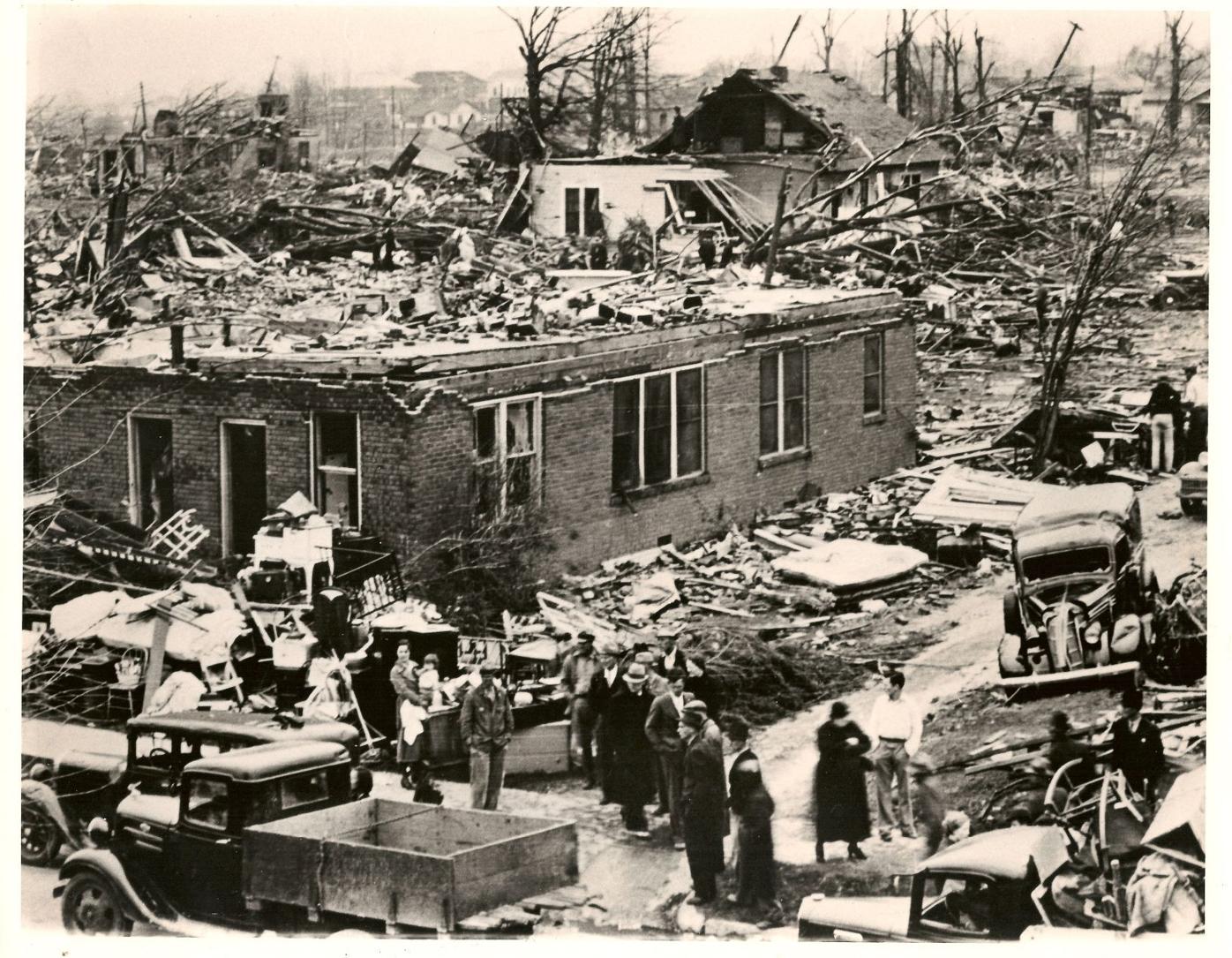 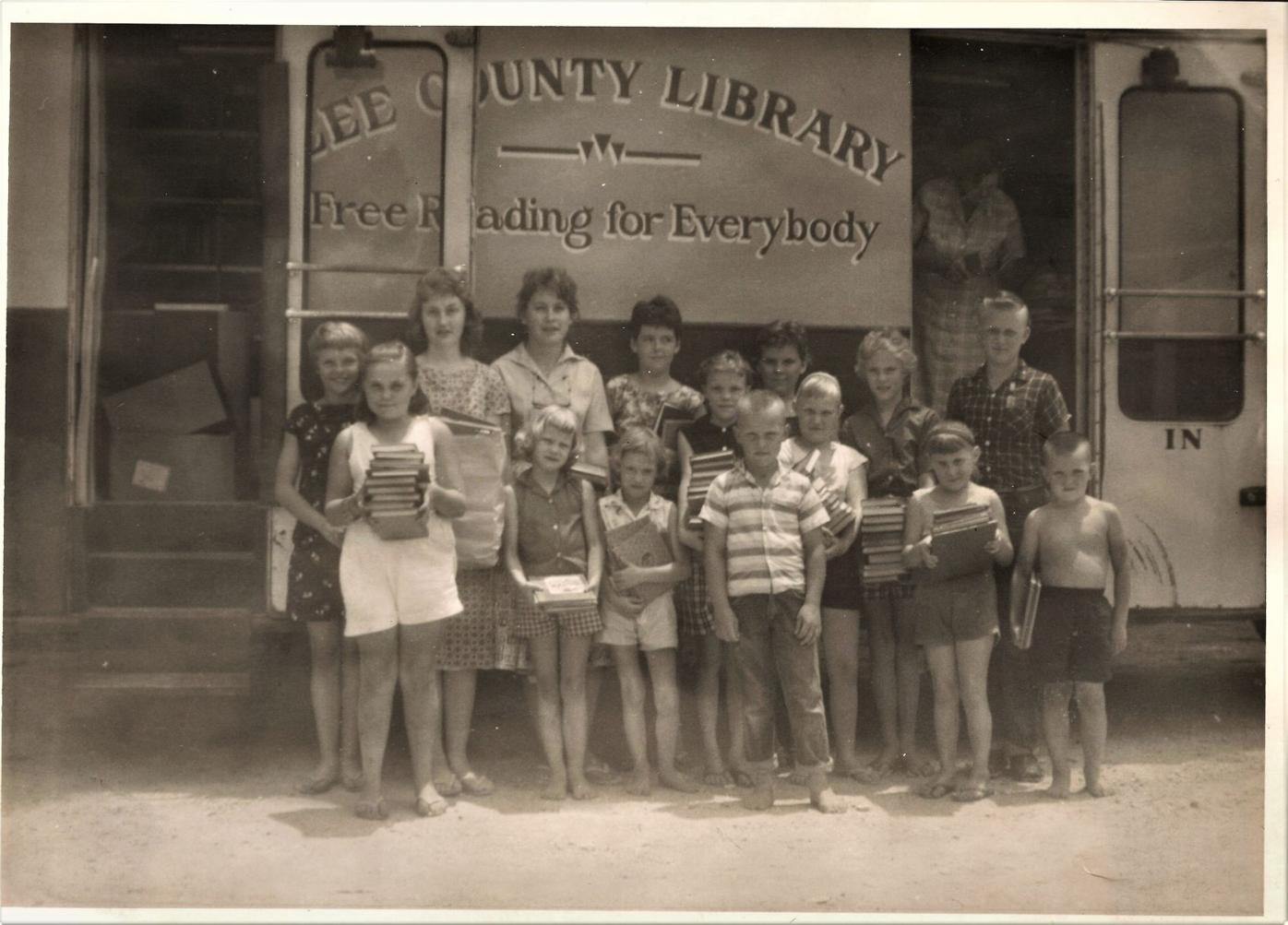 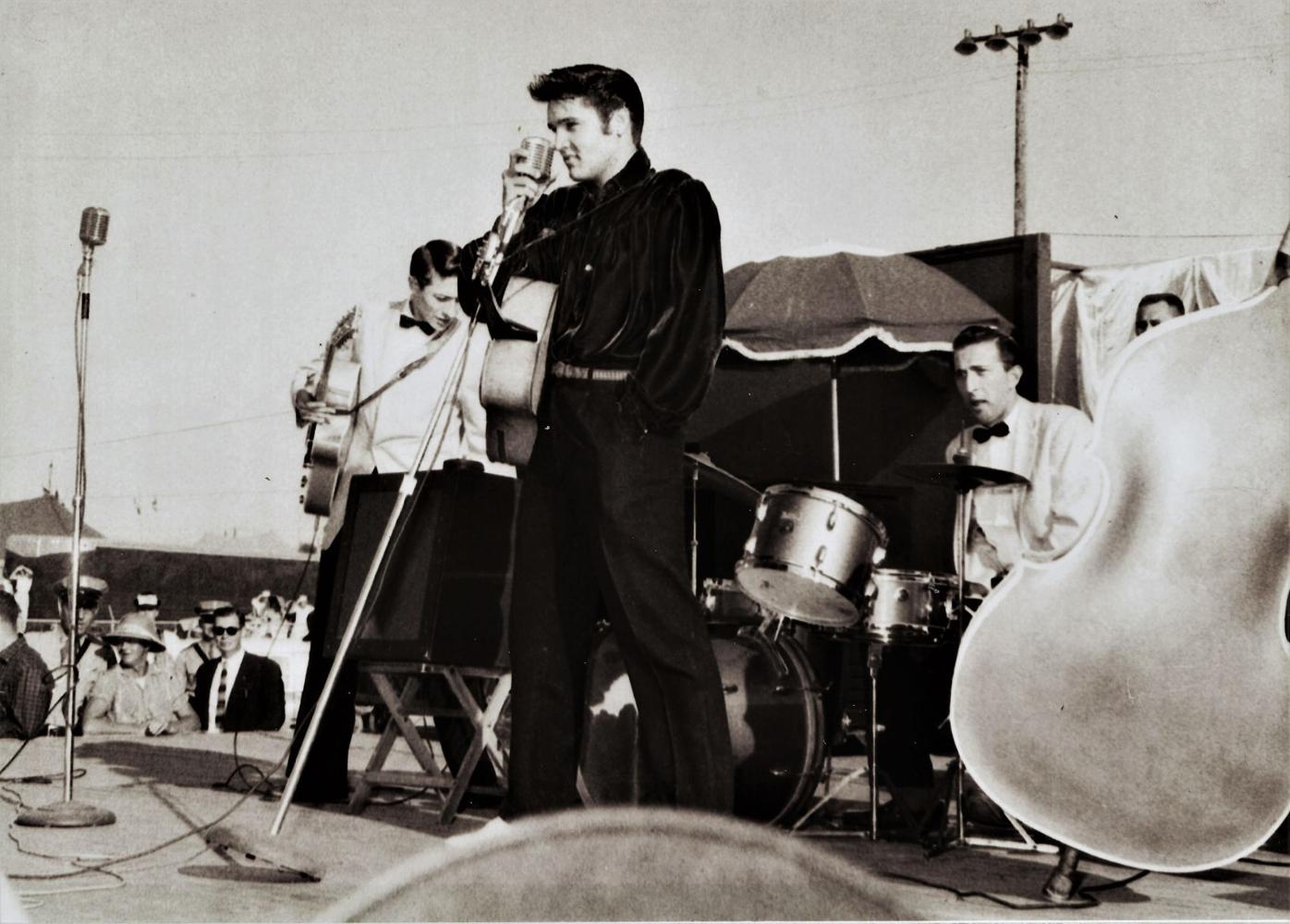 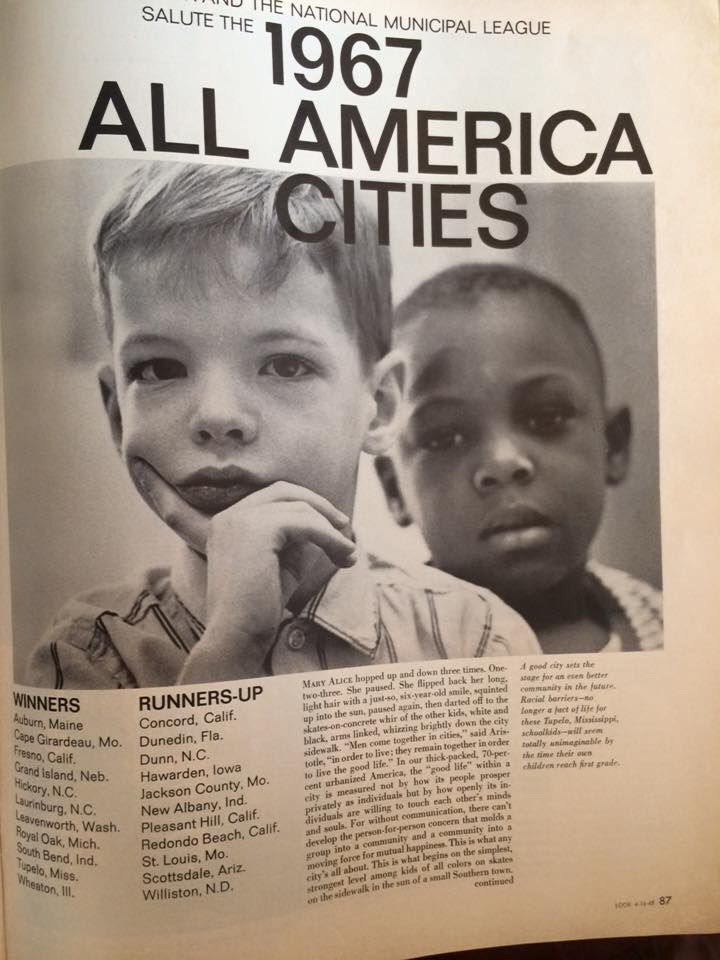 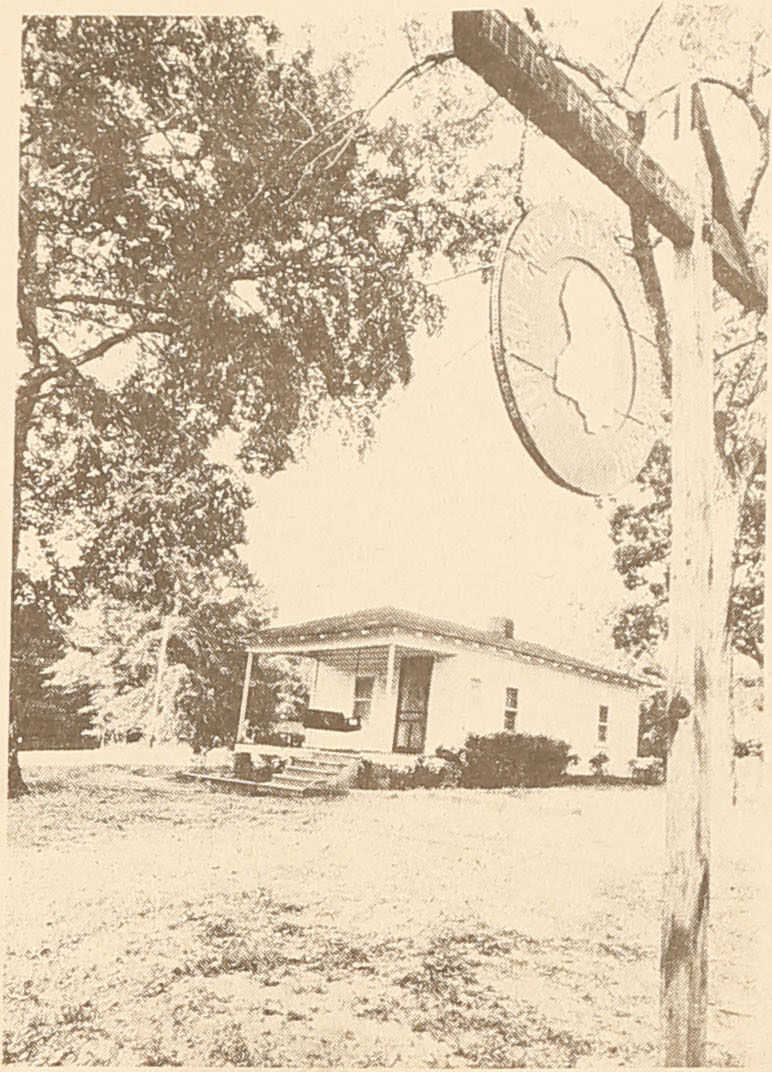 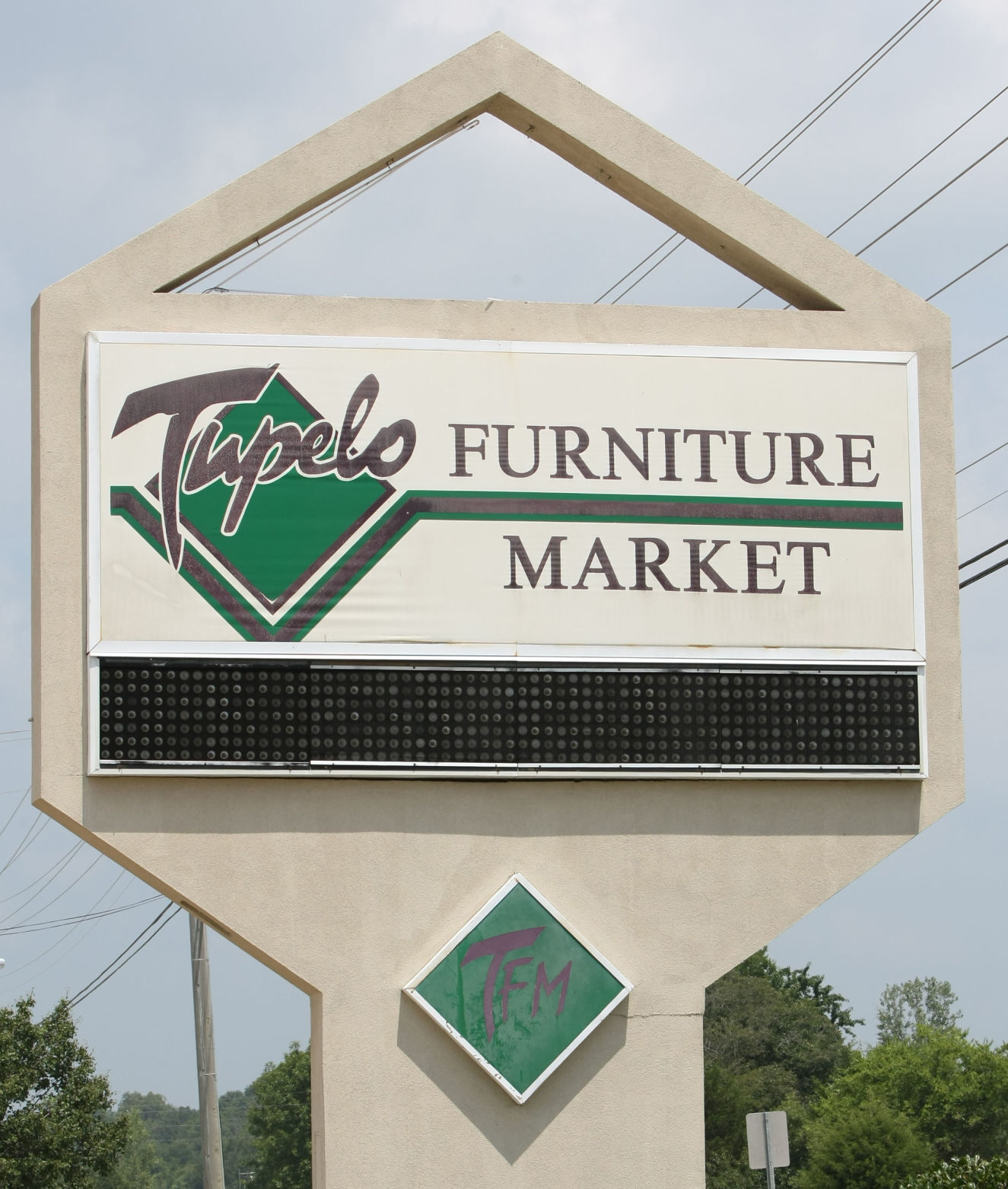 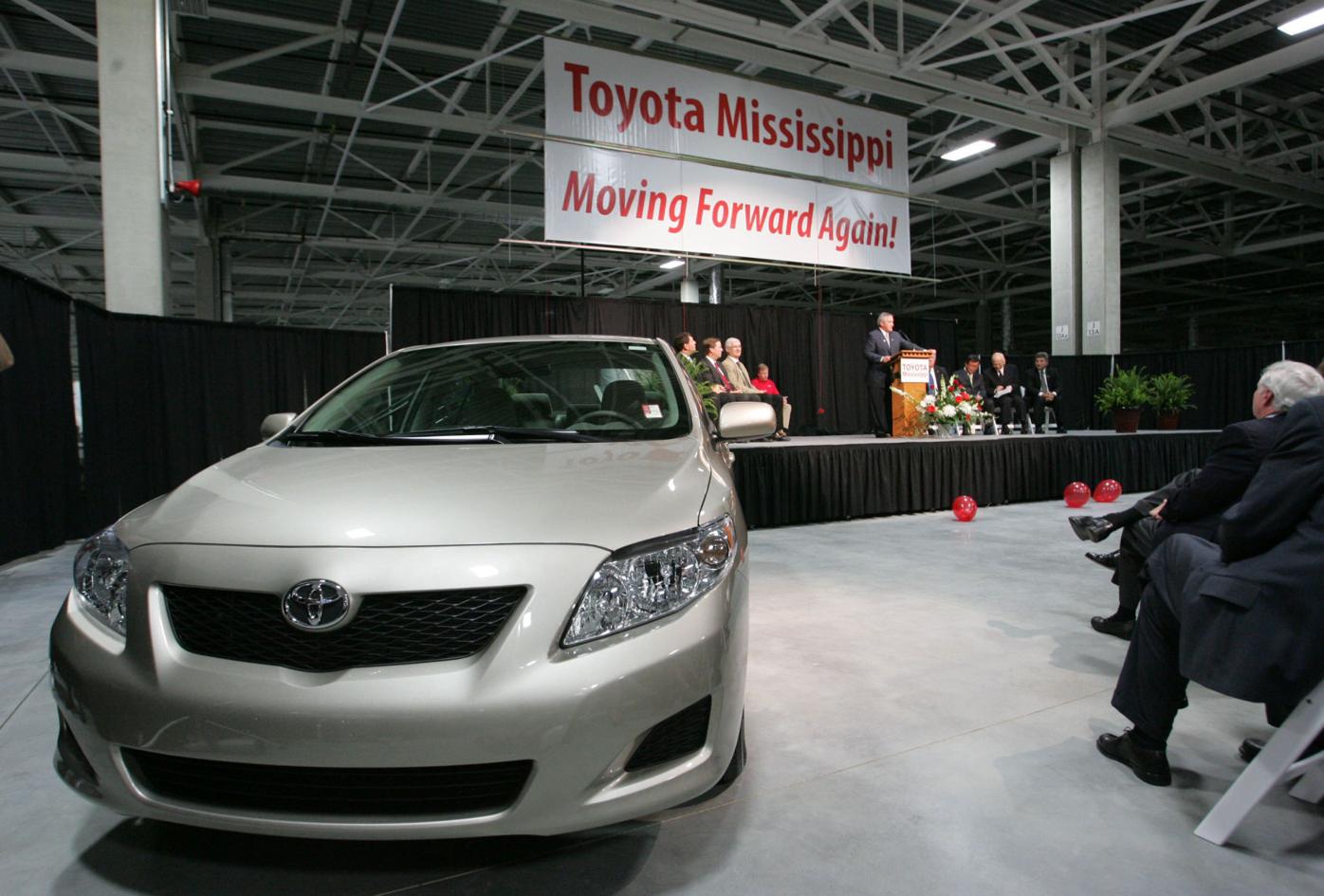 In 2007, Toyota announced it would open a manufacturing plant near Blue Springs in Union County, with the plant subsequently opening in 2011. 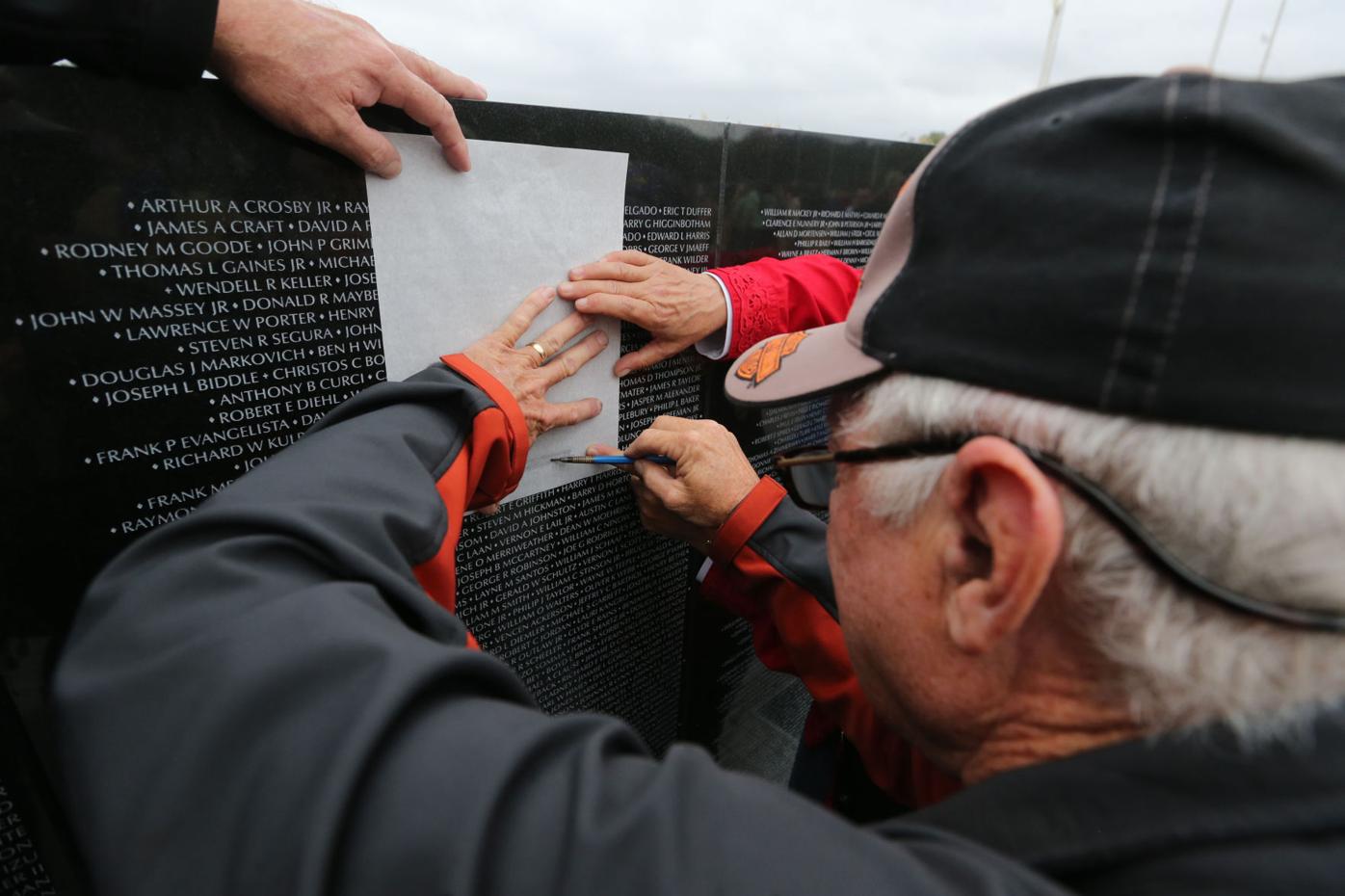 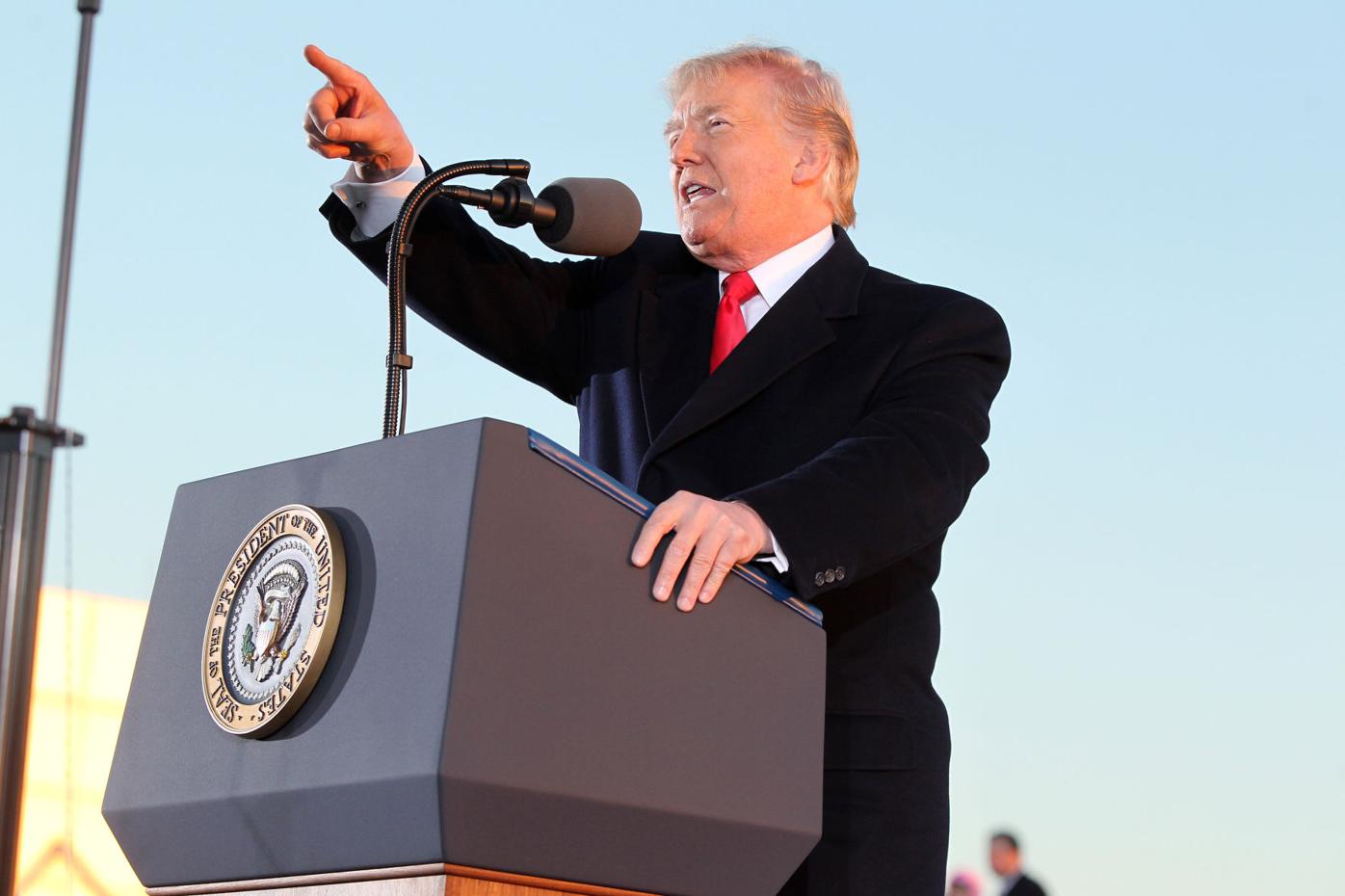 President Donald Trump visited the city of Tupelo in November 2018, and again in 2019, each time campaigning for a Republican candidate for office. 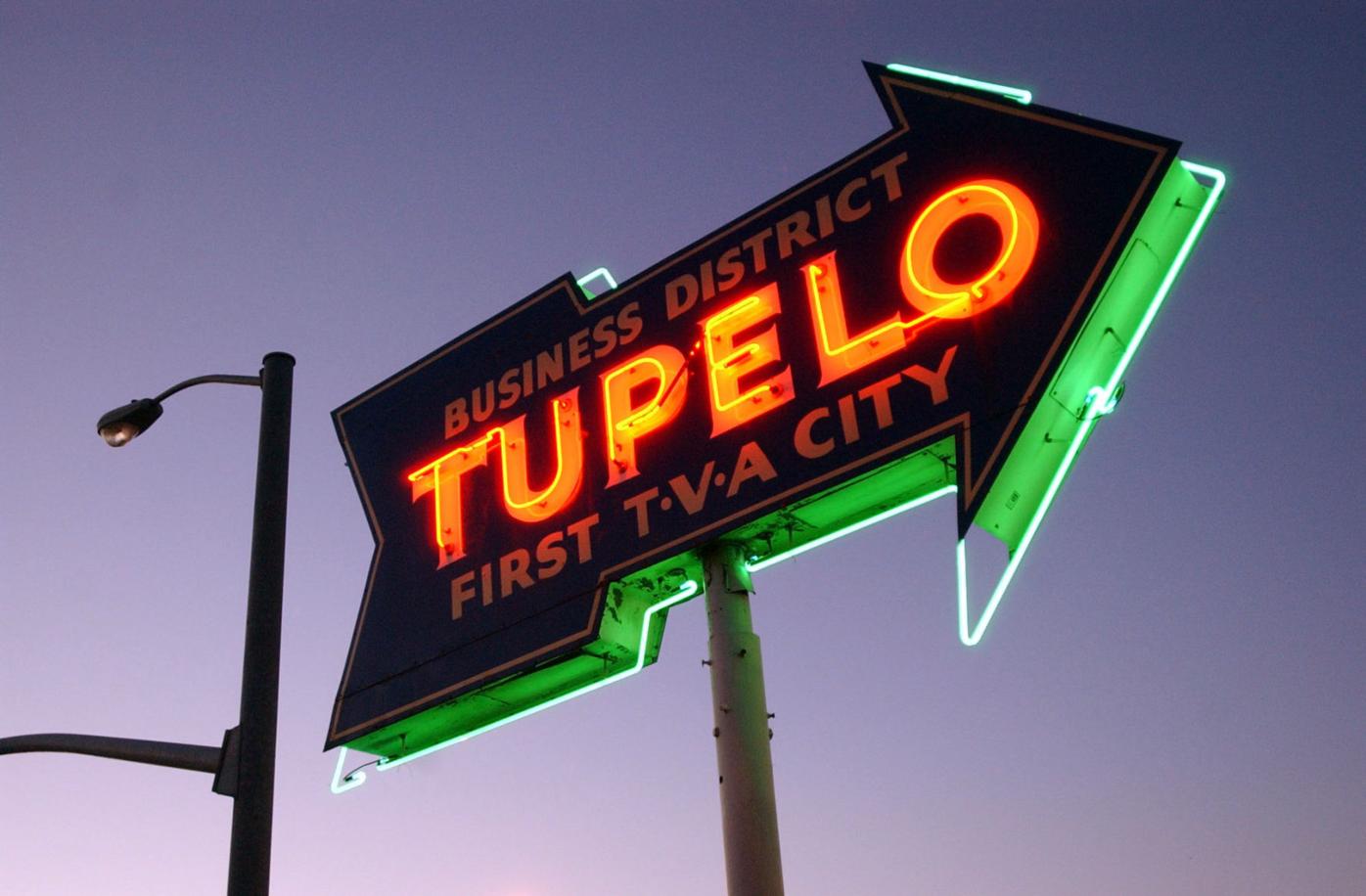 The iconic TVA signs at Tupelo’s Crosstown intersection identifies the city as the first to receive power from the Tennessee Valley Authority, a significant milestone in the city’s development across the last century-and-a-half. 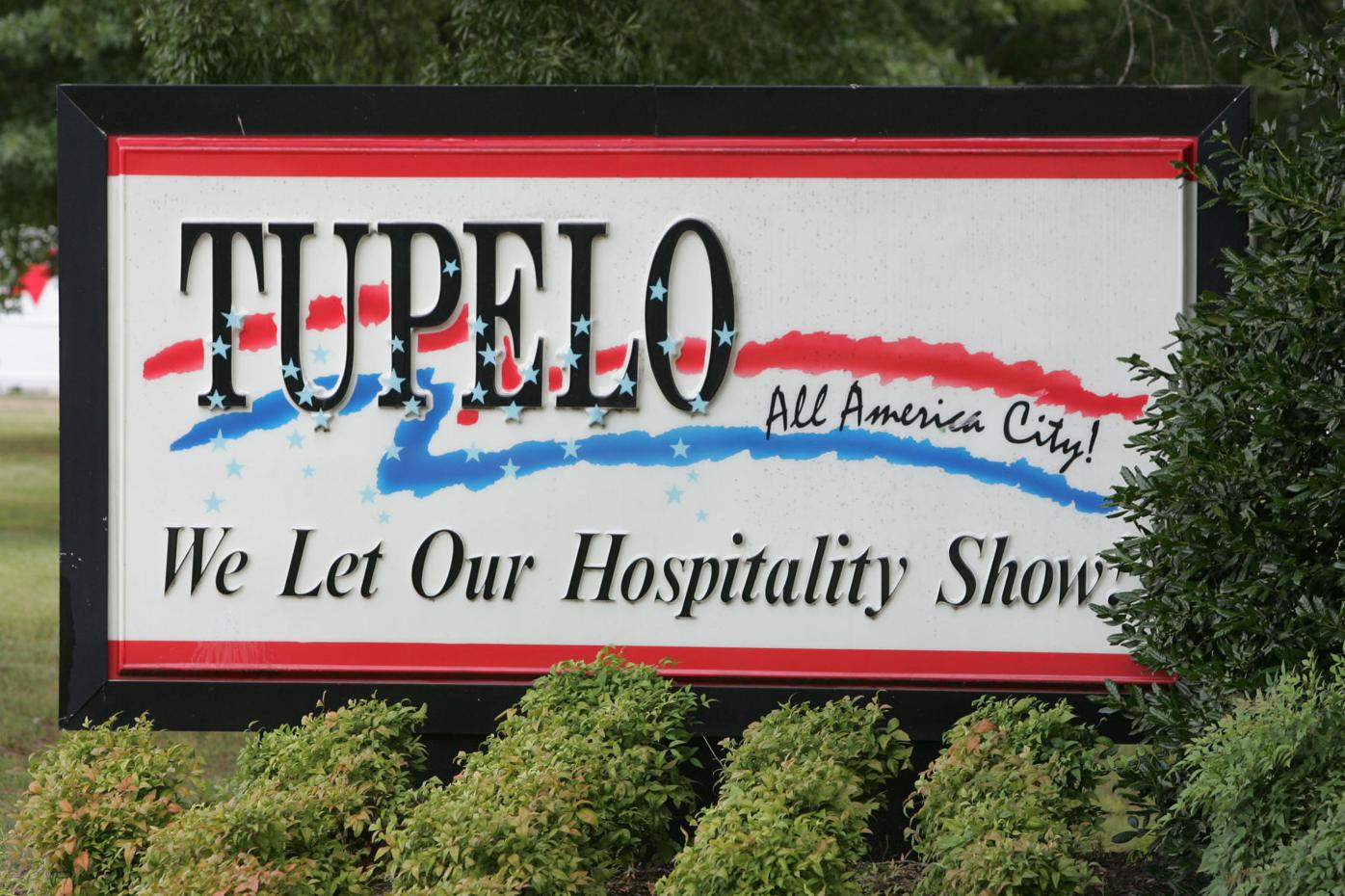 1885 – John Allen, of Tupelo, is elected to the U.S. House of Representatives.

1886 – The Kansas City, Memphis and Birmingham Railroad completes a line running through Tupelo, and becomes the second railroad serving the community. Commerce followed, including banks and manufacturing. The city eventually becomes a cotton center.

1900 – Tupelo buys Gum Pond off what is now North Front Street to serve as a public park.

1914 – First concrete road south of the Mason-Dixon line is constructed in Lee County.

1920 – The city’s first hospital opens at the corner of Green and Main streets in from a converted YMCA building. Forty-two businessmen and physicians met at City Hall to incorporate the Tupelo Hospital Co. and elected Dr. L. C. Feemster chairman.

1920 – The Lee County Training School opens as an educational institution for black residents of the area.

1926 – The South’s first pure-bred Jersey Cow is imported to the area.

1927 – The Tupelo Graded School is torn down to make room for construction of a new junior high and high school.

1933 – Tupelo signs a contract to the become the first city in the nation to receive power from the newly created Tennessee Valley Authority.

1934 – President Franklin D. Roosevelt and First Lady Eleanor Roosevelt come by train to Tupelo, where Roosevelt applauded Tupelo for its efforts as a TVA city. He spoke at Robins Field to a crowd of more than 75,000 people.

1939 – Bookmobile service begins, with participation of the WPA and community and business donations.

1946 – The formerly independent municipality of East Tupelo is annexed into Tupelo.

1946 – Langston Hughes, famed poet of the Harlem Renaissance, appeared at George Washington Carver School for a reading, as part of a tour of the country.

1948 – The Community Development Foundation is incorporated in Tupelo. The brainchild of Daily Journal Publisher George McLean, the CDF was organized in 1948 in the Blue Room of the Hotel Tupelo with a focus on the entire county, taking a broad approach to cover every aspect of community by coordinating the public and private sectors.

1949 – Tupelo purchases the former home of John Allen at the corner of Madison and Jefferson streets and converts it into the county’s first freestanding library.

1951 – A Southern Airways plane becomes the first commercial passenger flight to land in Tupelo, with a renovated Tupelo Airport dedicated that same year.

1956 – Elvis Presley returns home to perform at the Tupelo fairgrounds after gaining national prominence and releasing his first album. At the fair he performed twice, once at 2:30 p.m. and again at 7:30 p.m. An estimated 25,000 people attended the concert that cost 75 cents for everyone. Mayor James Ballard gave Elvis a key to the city.

1957 – Elvis returns Tupelo to perform at the city again and donates his earnings for a public park in east Tupelo.

1963 – Tupelo businessman Jack Reed Sr. delivers a speech as president-elect of the Mississippi Economic Council condemning resistance to the integration of public schools.

1964 – In a “March of Discontent,” black residents of Tupelo demonstrate for increased economic opportunities, school integration and related causes. Marches met a police barricade and a brief clash occurred, but the incident diffused without violence.

1967 – Tupelo wins its first All-America City from the National Civic League, due to the city’s efforts to set an example for the state and nation in race relations during a turbulent time in the South.

1970 – Tupelo Public Schools are fully integrated through all grades.

1971 – The Elvis Presley Birthplace opens to the public.

1971 – Following demolition of the former John Allen home, the present-day Lee County Library is constructed and opens to the public at the corner of Madison and Jefferson streets.

1972 – The CREATE Foundation is established.

1977 – Boyce Grayson wins a seat on the Tupelo Board of Aldermen as the first elected black city official.

1978 – After a pair of Tupelo police officers are convicted on federal brutality charges but not fired, protests erupt, with marches and a boycott declared. The officers are transferred to the fire department and eventually resign, but demonstrations continued for weeks and in response the Ku Klux Klan descends on the area.

1987 – The first Tupelo Furniture Market is held in the fall.

1988 – A $23 million bond issue is approved to build a system to deliver water from the Tombigbee River.

1989 – The Mall at Barnes Crossing opens

1989 – Tupelo is selected an All-America City for the second time.

1992 – A new Tupelo High School opens. Built at a cost of $12 million, the facility was the largest high school in the state.

1993 – First elections held under the mayor-council form of government are held, with a nine-member council comprised of seven wards and two at-large seats.

1999 – Tupelo is selected an All-America City for the third time.

1999 – Tupelo Mayor Glenn McCullough is selected by President Bill Clinton to sit on the board of the Tennessee Valley Authority, and resigns his mayorship. Later, in 2001, McCullough became chairman of the TVA board on the nomination of President George Bush.

2001 – Nettie Davis wins a seat on the City Council and becomes the first black woman elected to serve on Tupelo’s governing board.

2002 – A newly built City Hall opens as the centerpiece of the Fairpark District, where the city’s fairgrounds once stood.

2007 – Toyota announces plans to construct a manufacturing plant in nearby Blue Springs, following the efforts of Pontotoc, Union and Lee counties to recruit the facility.

2007 – Roger Wicker, a U.S. representative from Tupelo, is appointed to the U.S. Senate by Gov. Haley Barbour. Wicker retains the seat in a special election the next year.

2009 – A monument honoring the Civil Rights monument is unveiled at the Lee County Courthouse in downtown Tupelo, the first such monument on a courthouse property in Mississippi.

2011 – After a delay linked to an economic recession, the Blue Springs Toyota plant opens with production of the Corolla.

2011 – Tupelo is selected for a fourth All-America City award.

2013 – Jason Shelton is elected mayor of Tupelo, making him the youngest person to win the office, the first mayor from east Tupelo and the first Democrat to hold the office in about three decades.

2013 – The Tupelo Aquatic Center opens after several years of study. The facility includes a 50-meter competition pool and a smaller, second pool for warm water teaching and activities.

2015 – Tupelo is selected for a fifth All-America City award, becoming only the seventh city in the nation to have won this honor five times from the National Civic League.

2015 – The F-105 Thunderchief, a Vietnam-era fighter-bomber, is located at Tupelo’s Veterans Park in honor of local veterans, including city resident Col. Carlyle “Smitty” Harris, who was a Vietnam prisoner of war.

2016 – A new headquarters for the Tupelo Police Department opens on Front Street.

2017 – The City Council creates a citizen advisory board to improve relations between the community and the police department, following protests over an incident the previous year in which an officer fatally shot a man.

2017 – A replica of the Vietnam War Memorial is dedicated in Veterans Park. Built with public money and private donations, the wall is 60% of the size of the memorial wall in Washington, D.C.

2018 – President Donald Trump visits the city of Tupelo, speaking at the airport in support of Cindy Hyde-Smith, a Republican candidate for the U.S. Senate.

2020 – As the global COVID-19 pandemic spreads across the country and the state, Tupelo Mayor Jason Shelton imposes a local order requiring city residents to shelter in place, the first of a number of local measures that will eventually be taken to stem of the spread of the new disease.

2020 – The City Council votes to remove the state flag from all municipal properties on the eve of a historic vote by the State Legislature to retire Mississippi’s long-controversial flag.

TUPELO • As a new year dawned 10 months ago, City Hall and tourism officials had a full slate of events planned to celebrate the sesquicentenn…